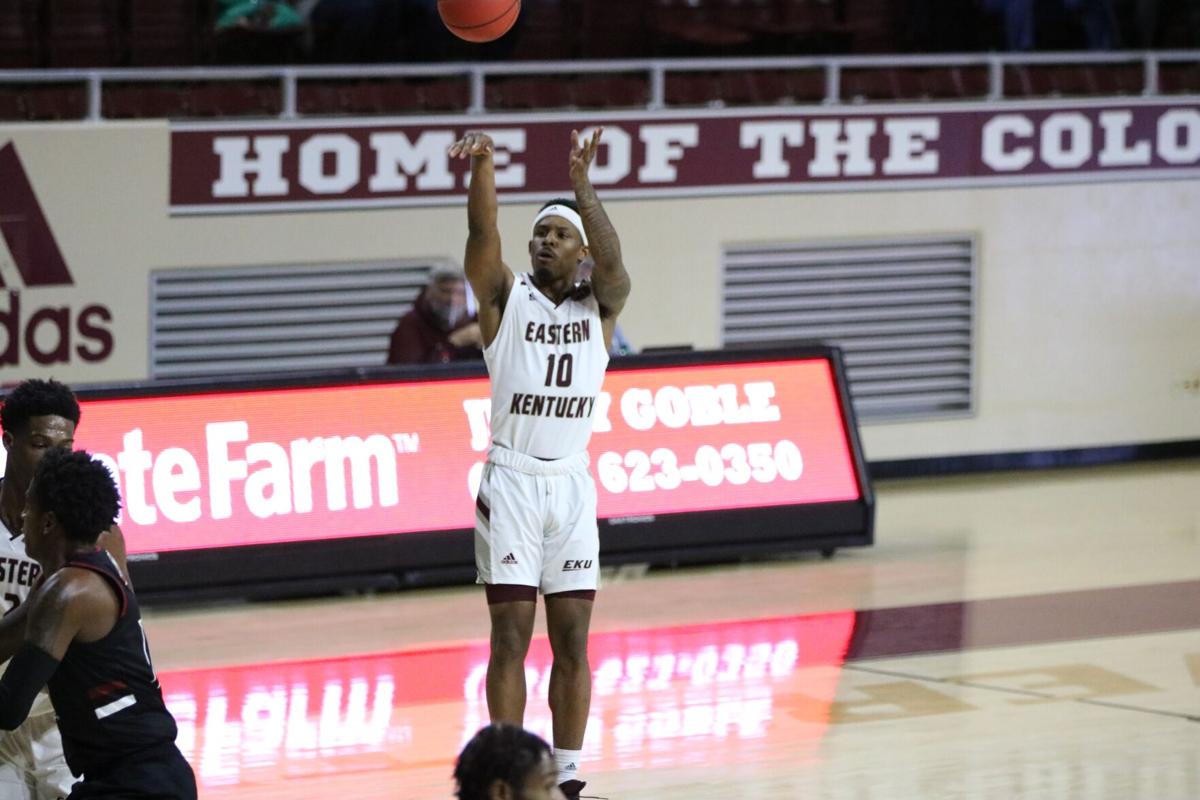 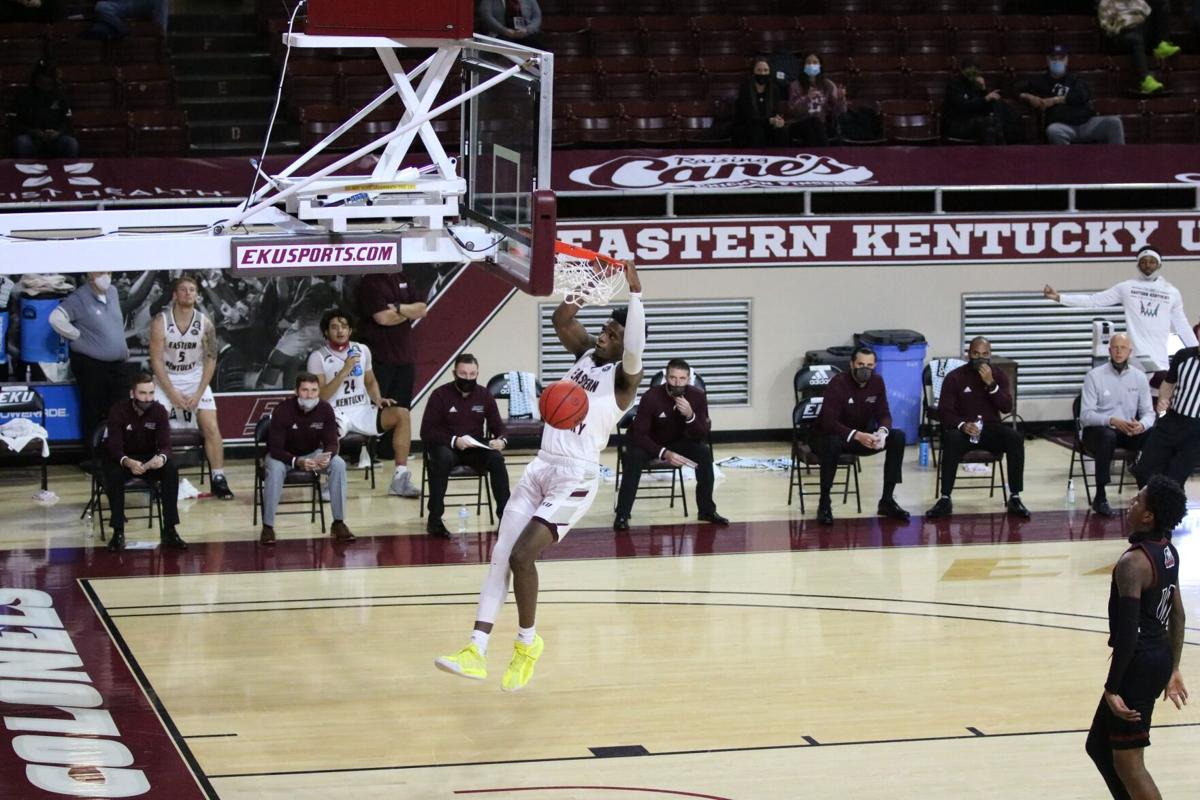 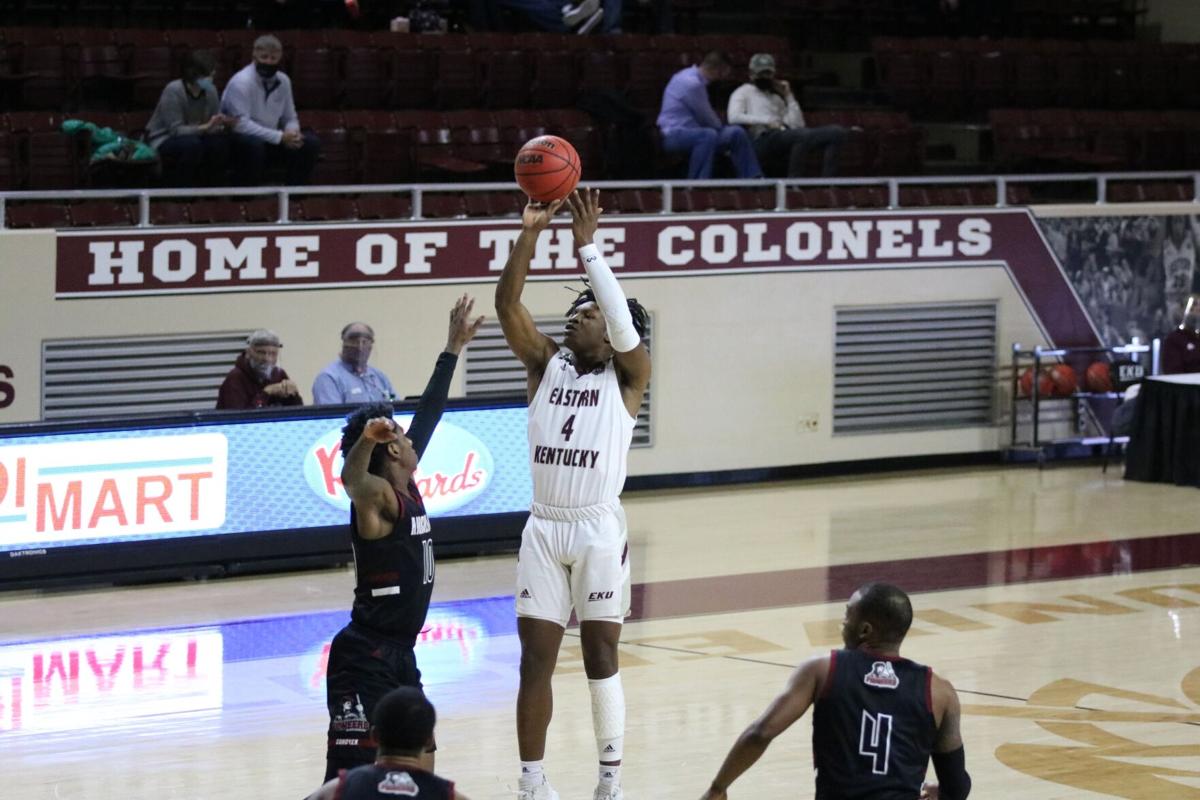 The Colonels came out in the first half with a close game against the Pioneers but kept the lead, 48-33.

EKU came back after halftime and kicked it into second gear, breaking over 100 points before the three minute mark. The game ended at 1:27 due to an injury to Isaiah Minter. The Colonels scooped up a huge win, 118-54.

West Virginia transfer Brandon Knapper had his best performance in a Colonel uniform on Thursday night with 25 points, five rebounds and one steal.

Cheike Faye had 13 points and nine rebounds on the night.

The Colonels shot 58 percent and stopped the Pioneers at only 31.3 percent. EKU even forced CUH into 25 turnovers. The Colonels tagged on a total of 16 fouls.

EKU advances to a 6-2 record on the season..

The Colonels will be back in action on Dec. 22 at McBrayer Arena and will face off against High Point. Tip-off is set for 7 p.m. The Panthers are coached by former University of Kentucky head coach Tubby Smith. The last time the Colonels faced the Panthers, the all-time leading scorer in EKU men’s basketball history, Nick Mayo hit a game winning buzzer beater at High Point.