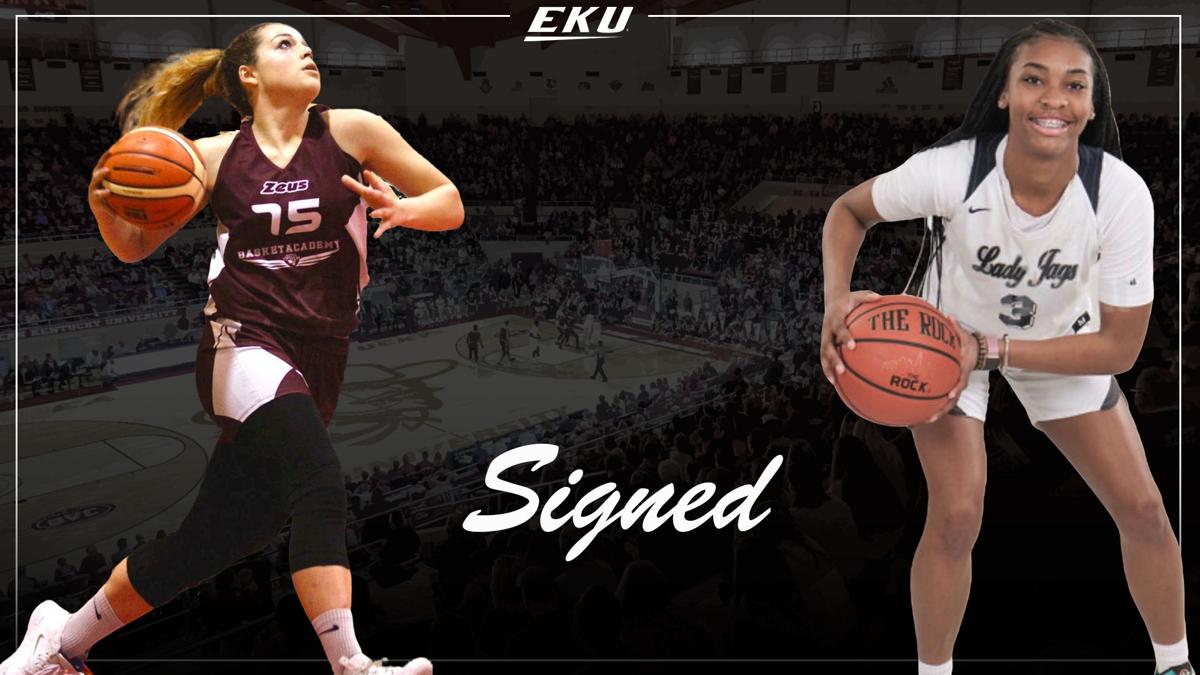 Dafne Gianesini and Corriana Evans signed their National Letter of Intent to play for the EKU women's basketball team. 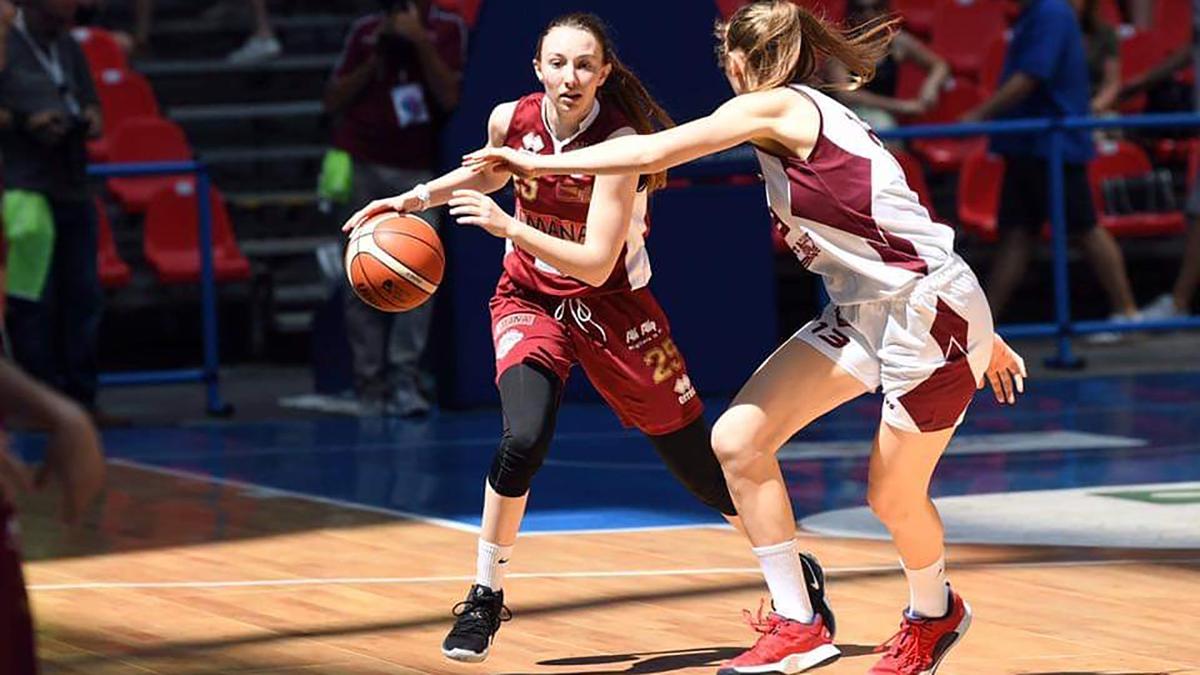 Alice Recanati signed her National Letter of Intent in January. She will be joining the EKU women's basketball team. 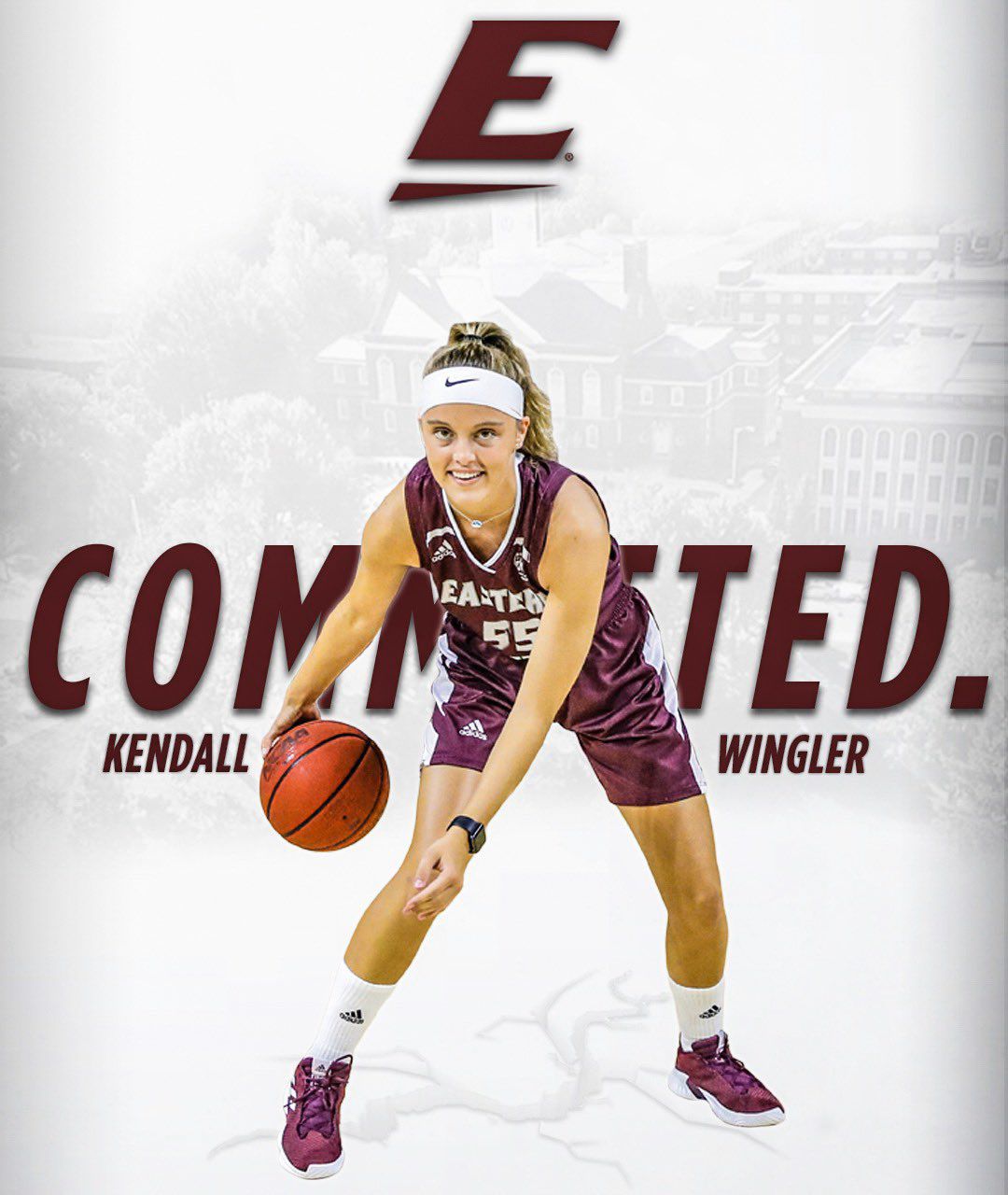 In November, EKU added Wingler after she officially signed their National Letter of Intent to play basketball at EKU. Wingler is a guard from Ekron, KY. She played at Meade County High School where she is the all-time leading scorer in school history.

Dafne Gianesini and Corriana Evans signed their National Letter of Intent to play for the EKU women's basketball team.

Alice Recanati signed her National Letter of Intent in January. She will be joining the EKU women's basketball team.

In November, EKU added Wingler after she officially signed their National Letter of Intent to play basketball at EKU. Wingler is a guard from Ekron, KY. She played at Meade County High School where she is the all-time leading scorer in school history.

The Eastern Kentucky University women’s basketball team added two more players to their 2020 recruiting class to round out the class.

Dafne Gianesini and Corriana Evans officially signed a National Letter of Intent and will join the program as members of the 2020 recruiting class.

Gianesini is a forward from Reggio Emilia, Italy. She spent the past four years playing for Basket Academy Mirabello while also developing her game practicing with Pallacanestro Vigarano.

"Dafne is a skilled player who brings toughness to the forward position, being able to play inside and on the perimeter as well," head coach Samantha Williams said in a press release. "She is a mature player who has been playing against high level competition, which has allowed her to develop a high basketball IQ and an understanding of strategy. Her versatility as a forward and character as an individual is a welcomed addition to our program.”

Evans is a 5-foot-11 wing from Griffin, Georgia. Evans helped lead her team to a 23-5 record and a regional championship her senior year. She was named first team all-region and to the Class 4A All-State Team.

"Corriana is a great athlete who can play inside or out, she has good range, quickness to drive to the basket and the ability to guard multiple positions," Williams said. “She will have an immediate impact on our team and I couldn’t be happier to get a player of her caliber.”

Along with Gianesini and Evans, the EKU women’s basketball program has added Kendall Wingler, Amerah Steele and Alice Recanati to the program.

In November, EKU added Wingler and Steele after they officially signed their National Letters of Intent to play basketball at EKU.

“I’m excited to add this outstanding group to the EKU women’s basketball family,” Williams said. “I think it is a really talented class that fits the style of play we want to play. They are great people who will continue to help build the kind of culture we are building here. Our fans are going to enjoy watching them play and they are going to bring excitement to McBrayer Arena."

Wingler is a 5-foot-10 guard from Ekron, KY. She played at Meade County High School where she is the all-time leading scorer in school history.

“Kendall is a dynamic guard that will be an immediate impact player as soon as she steps on campus,” Williams said. “She has the ability to not only score but has great court vision and play making ability to set up her teammates as well. To be able to get a player of Kendall’s caliber in our first true recruiting class was huge in what we are building at EKU.”

Steele is a 5-foot-9 guard from London, KY. During her junior year, Steele helped lead her South Laurel team to a 26-6 record and a district championship. She averaged 21 points per game, with five rebounds and two assists. Steele was named second team all-state during her junior season along with first team all-region.

“Amerah is a player that can score in different ways. Not only can she shoot the three, but she can also play off the dribble,” Williams said. “Amerah’s work ethic and dedication to the game is second to none and she will be a tremendous addition to our Colonel family.”

Recanati officially signed a National Letter of Intent to play basketball at EKU in January.

“Alice is a versatile guard who has the ability to play the point and off of the ball,” Williams said. “An aspect that we love most about Alice is that she is a fierce competitor, no plays are taken off on either end of the court. She brings a cerebral presence to the position and will help us in being able to score the basketball as well. We are very excited to have Alice join our EKU family.”

These players are coming into a program that saw the fourth biggest turnaround in NCAA Division I basketball last season. The Colonels finished third in the OVC in field goal percentage defense last season and EKU’s 11 wins were the most since 2016-17.