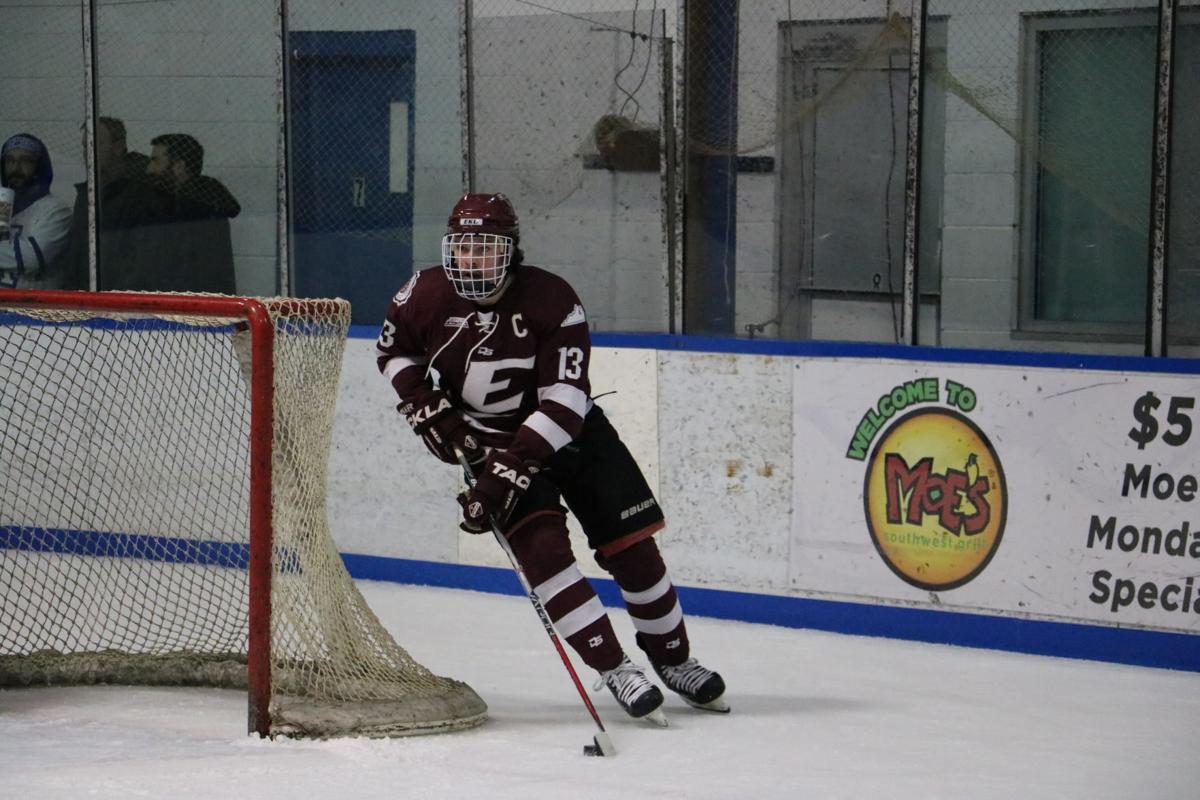 Cristian Purdom skates around the goal in a match last season in Lexington. 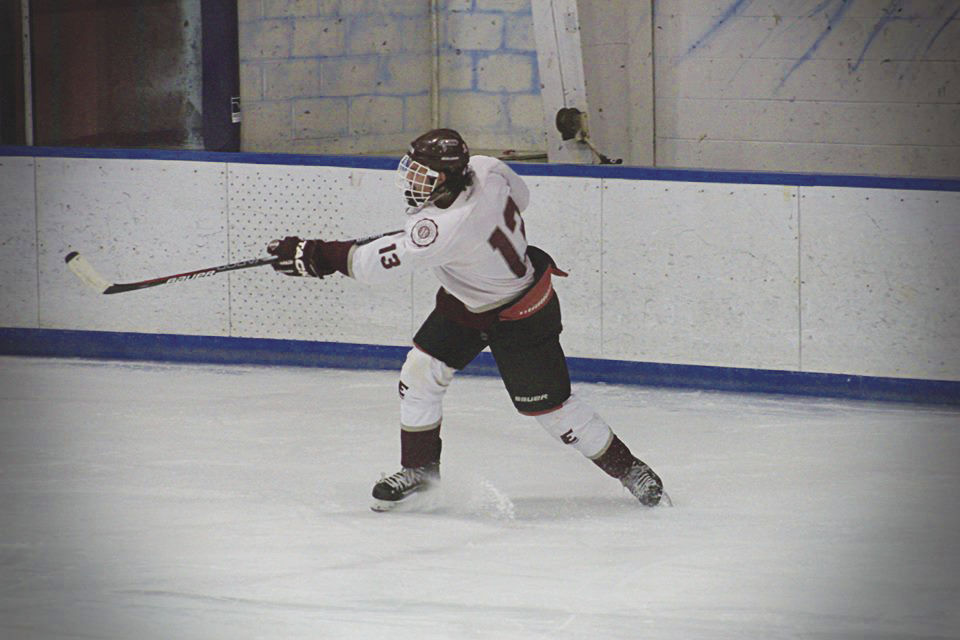 Cristian Purdom strikes the puck in a match last season in Lexington. The fifth year senior will suit up for his last game on Saturday, Feb. 22.

Cristian Purdom skates around the goal in a match last season in Lexington.

Cristian Purdom strikes the puck in a match last season in Lexington. The fifth year senior will suit up for his last game on Saturday, Feb. 22.

Eastern Kentucky University hockey captain, Cristian Purdom, is wrapping up his fifth season with the hockey team as a leader on and off the ice.

Purdom first picked up a hockey stick at seven-years-old when he played roller hockey and then made the switch over to ice hockey when he was 12.

Purdom was deciding between EKU and a school in Boston, but picked EKU because of the cost, the hockey program and a lot of his friends attend EKU.

“I like being down here [in Kentucky],” Purdom said. “It’s a lot different than being at home. So it’s nice to spend most of the year down here.”

“You wouldn’t be able to tell if you showed up to one of our games, but if I tell people I play for the hockey team, 90 percent of them say they didn’t even know we had a hockey team here so we’re trying to spread the good word,” Purdom said.

Purdom has defeated the University of Kentucky twice in his hockey career at EKU. The winner of the UK and EKU rivalry receives the Bourbon Barrel trophy.

“Everybody has the stigma that everybody hates UK and we’ve never beaten them and they usually whop our butt pretty bad so definitely getting those first two Bourbon Barrels was awesome,” he said. “Plus there were probably 700 or 800 people there every game so that was amazing too.”

Along with playing UK, Purdom has led his team to games against other top competitors.

“We’ve played against teams like Notre Dame and University of Miami Ohio,”
he said. “These are teams I’m used to watching on TV when I was a little kid so it is really nice to be out there and I do have friends that play for other colleges so it’s cool growing up and watching all these guys on TV and then eventually get to become one of these guys.”

Academics is an important aspect for the hockey squad and Purdom.

“First thing that is most important is school so we’re always on everybody making sure you can play and make sure you pass,” Purdom said.

Purdom and his team are continually putting in the work to get better and win games.

“We end up being active for seven days a week and if we ever get down time we definitely take advantage of that,” he said.

As a fifth year senior, Purdom has experienced a lot of change and new teammates over the years. Purdom said this has made him a better leader.

“I’ve gone through dozens of teammates so you have to find what it’s like and what everybody is best at and how you can supplement their weak spots and how they can make your weak spots better,” Purdom said.

Head coach Joel Cormier described Purdom as a leader by example and an important presence on the ice.

“He’s such a big presence,” Cormier said. “He came in as a junior player and already came in mature. He takes on the captain’s role in his second year and of course we got five years eligibility.”

“I always try to lead by example,” Purdom said. “Whether it’s staying after practice or doing extra workouts or doing good in school, I always want to make sure that if they ever need somebody to look up to then I can be that person for them.”

Cormier laughed when he said Purdom’s teammates this year started to call him dad.

“He’s got knowledge of the game and he’s not afraid to tell guys where to go and what to do,” Cormier said. “In a sense, he’s almost like an assistant coach on the ice. That’s what he has been for me especially this year.”

Purdom looks up to Cormier as a father figure for the team.

Purdom said his first home game will be a match he’ll always remember because of the atmosphere and crowd.

“I’ve never really played in front of a big crowd like that before and it was surreal,” he said. “I ended up scoring five points in my first home game so it was just a surreal feeling.”

Cormier said that the goals he scores seem to always be big ones and momentum building goals. Cormier went on to talk about coaching Purdom in his first scrimmage against Cincinnati and watching Purdom execute a spill move and score and he looked to his assistant coach and said “there we go we’re going to be good for the next five years.”

Purdom said after college he plans to hang up the skates and focus on a less stressful sport like golf.

“I’m so glad I came here,” Purdom said. “It’s been such a good time. I’ve met a lot of good people here. When I go home, I’m definitely going to miss Cookout and Canes and going hiking in Berea.”

As Purdom prepares to suit up for his last hockey games in an EKU jersey, Cormier credits a lot of the success to his fifth year senior.

“A lot of our success can be attributed to him,” Cormier said. “It’s been his show this year. I give him a lot of credit for what he has been able to do.”