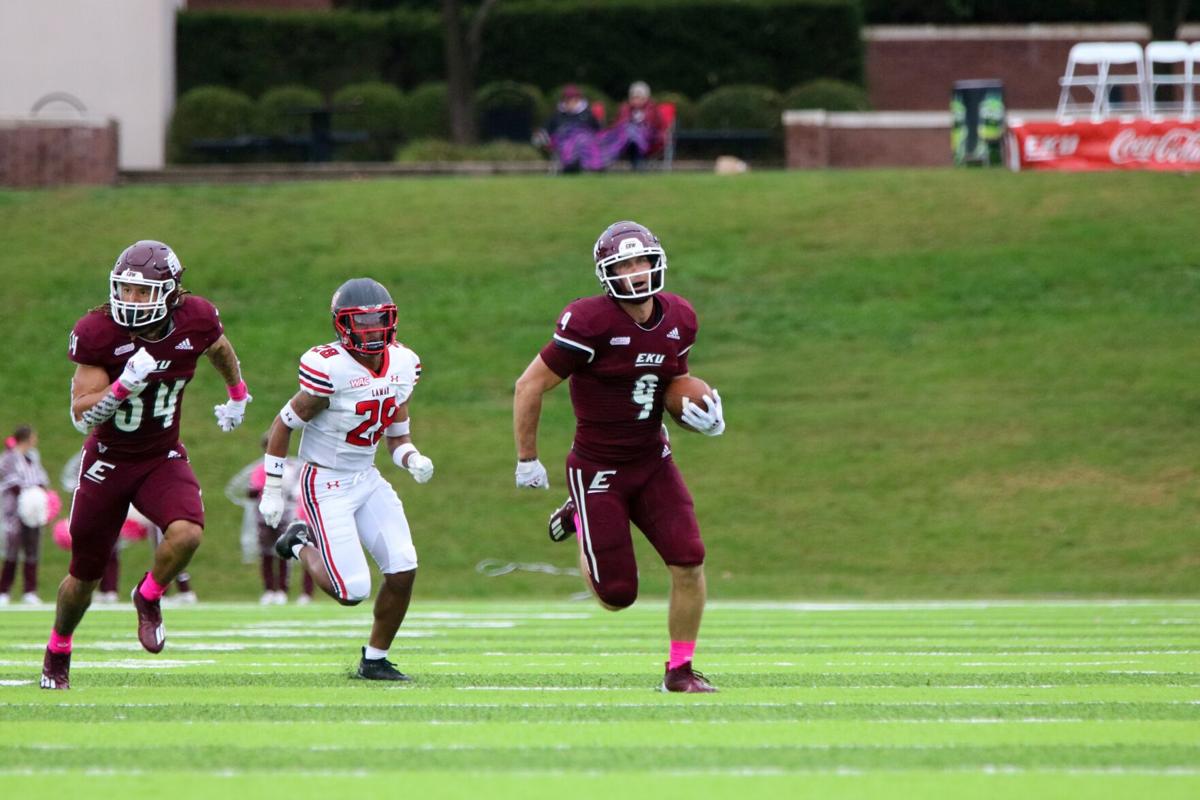 Cord Sandberg runs for a first down during the Eastern Kentucky University football game against Lamar on Saturday, Oct. 30 at Roy Kidd Stadium. 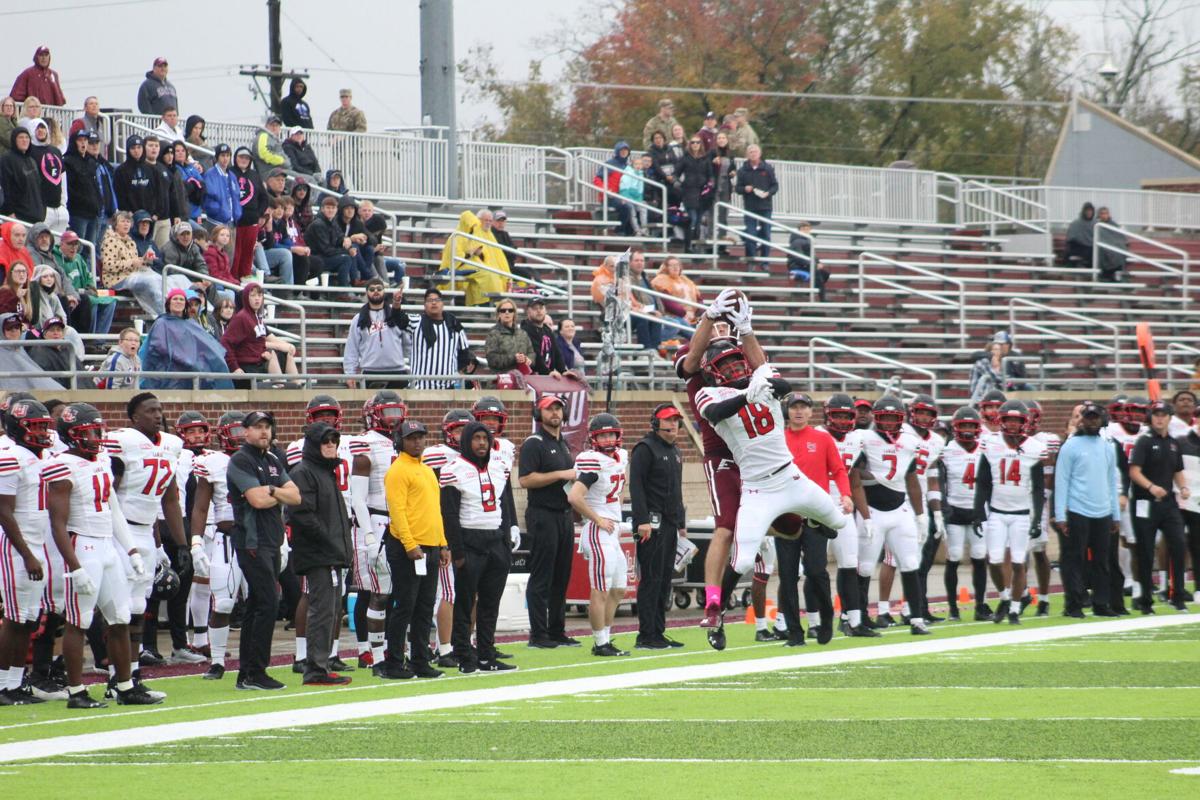 Cord Sandberg makes a catch over a Lamar defender on Saturday, Oct. 30 at Roy Kidd Stadium. The Colonels defeated Lamar, 42-10.

Cord Sandberg runs for a first down during the Eastern Kentucky University football game against Lamar on Saturday, Oct. 30 at Roy Kidd Stadium.

Cord Sandberg makes a catch over a Lamar defender on Saturday, Oct. 30 at Roy Kidd Stadium. The Colonels defeated Lamar, 42-10.

Cord Sandberg’s athletic career started on the baseball diamond at Manatee High School in Florida where he was a dual-sport athlete in football and baseball.

After graduating in 2013, Sandberg was drafted by the Philadelphia Phillies. Sandberg’s journey is unique from most redshirt sophomores because he is now a quarterback for the Eastern Kentucky University football team.

“It was an experience, being drafted at 18. You have to grow up quick. I was surrounded by kids who were like me in the sense of being drafted straight out of high school or college. So, it was easy to form camaraderie with your teammates,” Sandberg said.

His stint as a minor league player allowed him to meet people from different backgrounds and be around very talented individuals. It also helped him understand baseball better.

As a minor league player, Sandberg still thought, “What if I had chosen football instead of baseball?” Towards the end of his fifth year in 2017, Sandberg was demoted from double AA and did not get a lot of playing time. He expressed his concerns to the director of player personnel who told Sandberg he could not guarantee him many at bats the following year. Upon hearing this, he decided to make the switch from baseball to football.

Sandberg originally attended Auburn University (AU) before transferring to EKU. In 2011, he attended an AU football camp and impressed then offensive coordinator Gus Malzahn with his throws and runs. They offered him a scholarship immediately. Sandberg didn’t accept the scholarship offer in 2011 because he was drafted by the Phillies in 2013.

In 2018, Sandberg decided to fully commit to football. Joe Kinnan, his old high school football coach, helped him reach out to AU. Malzahn then offered Sandberg a scholarship for a second time and Sandberg committed to Auburn.

After two years with AU, Sandberg wasn’t seeing the field much and knew if he wanted a chance to play he would have to transfer schools. When Malzahn was fired in 2020, Sandberg earned an extra year of eligibility due to COVID-19. The decision was easy.

Sandberg was unsure if teams would have open spots for him due to COVID-19. Ultimately, EKU was the right fit for Sandberg and his wife, Haley. He believes his ability to stay level headed helped him transition from baseball to football.

“You can’t let the lows get too low or highs get too high,” said Sandberg.

His ability to track the ball as an outfielder helped him transition to the roles of quarterback, receiver and tight end.

As a 26-year-old sophomore, Sandberg believes he brings more than just leadership and experience to the football team. His willingness to play both quarterback and receiver has given him more opportunities at EKU. After defeating Lamar on Saturday, Oct. 30, head coach Walt Wells talked about what it’s like to have someone like Sandberg on his team.

“We wanted Cord to get his reps, you know, of course, he played receiver, made the great catch on the sideline over there and then the run after catch. Cord is such a good athlete and such a great person to have in our locker room and on our football team. We’re lucky to have him,” Wells said.

“At the beginning of the year, I did not expect to help the receiving department like I have this year, but I am thankful for the opportunity. Thankful for every opportunity God provides me,” Sandberg said.

Sandberg is very open about his faith in God. He said it has given him the opportunity to witness about Jesus and share his faith to some of his teammates. Sandberg and his wife, Haley, have felt very welcomed by the Richmond community. They love visiting the different restaurants and shops in Richmond and Lexington.

Sandberg hopes the Colonel football team can finish the season strong and make a deep run in the playoffs. The EKU football team will be back at home on Nov. 20 against Jacksonville State.