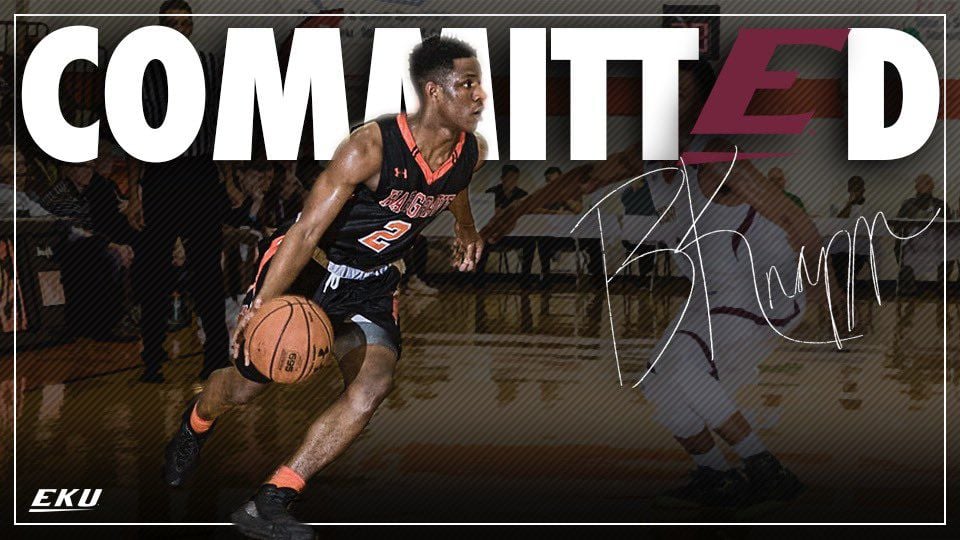 Brandon Knapper is headed to EKU after playing the last two seasons at West Virginia.

Brandon Knapper is headed to EKU after playing the last two seasons at West Virginia.

Faye and Knapper announced on Twitter that they would be transferring to EKU.

Faye played in 27 games at Chipola Junior College and averaged 12.4 points per game.

“Thanks to Chipola staff who welcomed me as part of their family since day one,” Faye said. “From now on, I am ready to continue my education and basketball career at Eastern Kentucky University for coach A.W. Hamilton and staff.”

Cheikh Faye has announced that he has committed to @EKUHoops. Faye played in 27 games at Chipola Junior College and averaged 12.4 points per game. https://t.co/vpNT4lEgQF

The 6’7 forward is originally from Fatick, Senegal and has played the past two seasons in Marianna, FL at Chipola College.

Knapper is headed to EKU after playing the last two seasons at West Virginia.

The 6’0 guard was named to the Academic All-Big 12 men’s basketball second team and played in 27 games last season. He averaged 2.6 points per game for the Mountaineers.

Knapper’s highest scoring game last season was in a win over No. 22 Texas Tech when he scored 10 points and grabbed four rebounds.

Knapper redshirted his first season at WVU due to a knee injury.

Before heading to Morgantown to play for WVU, Knapper played for head coach A.W. Hamilton at Hargrave Academy. Hargrave won 43 games in 2016-17 and advanced to the National Final Four. During his time at Hargrave, Knapper averaged 18 points and 3.1 assists per game. As a team, Hargrave averaged a whopping 114 points per game.