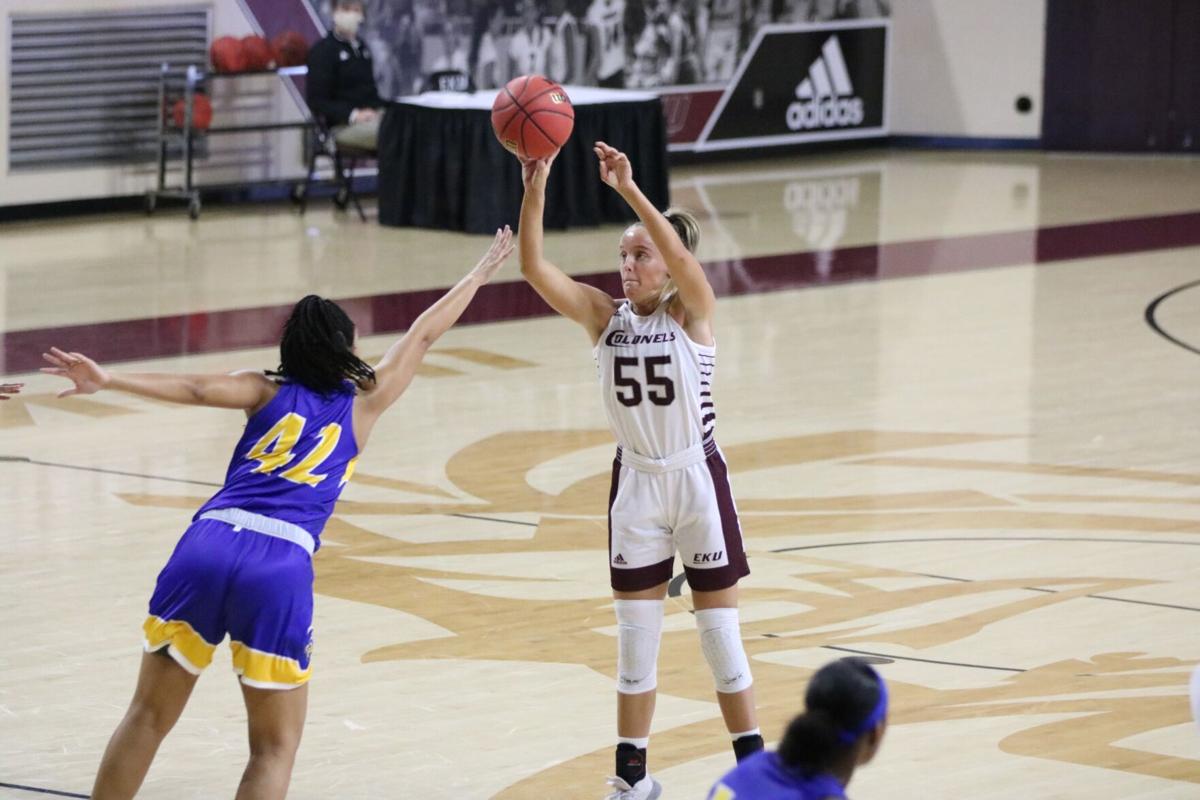 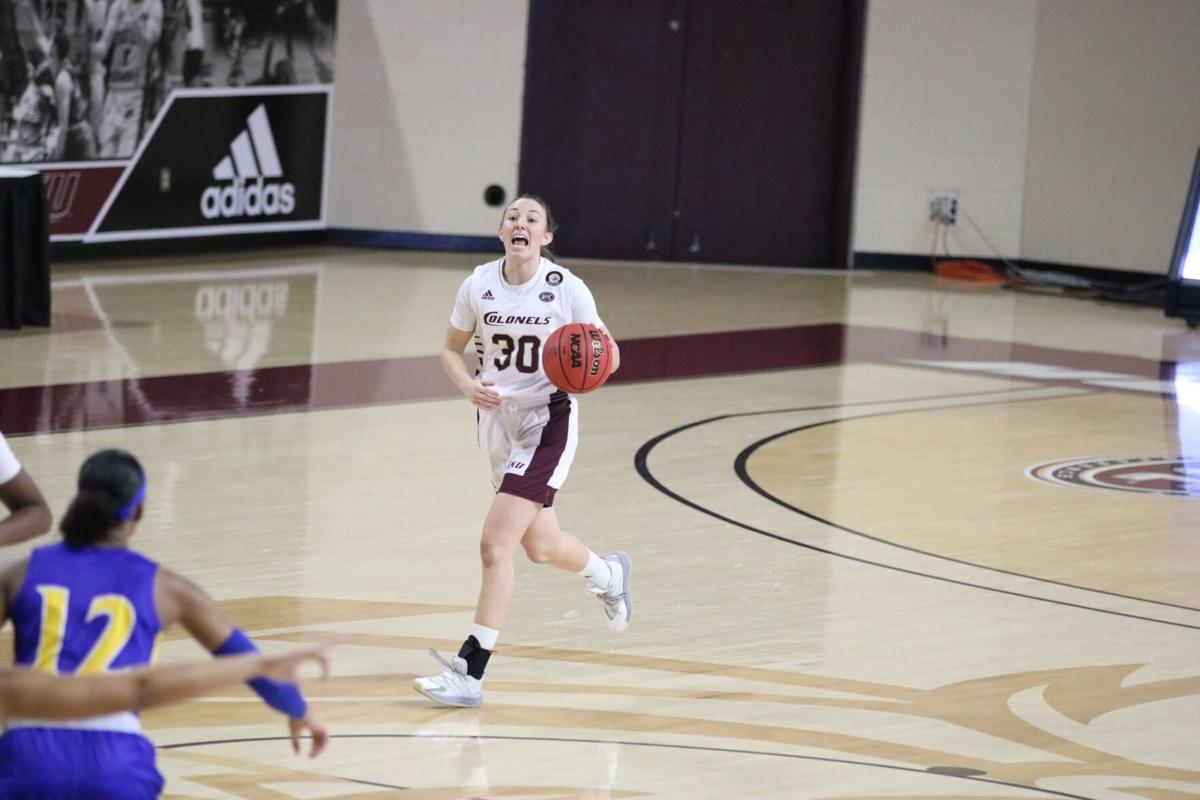 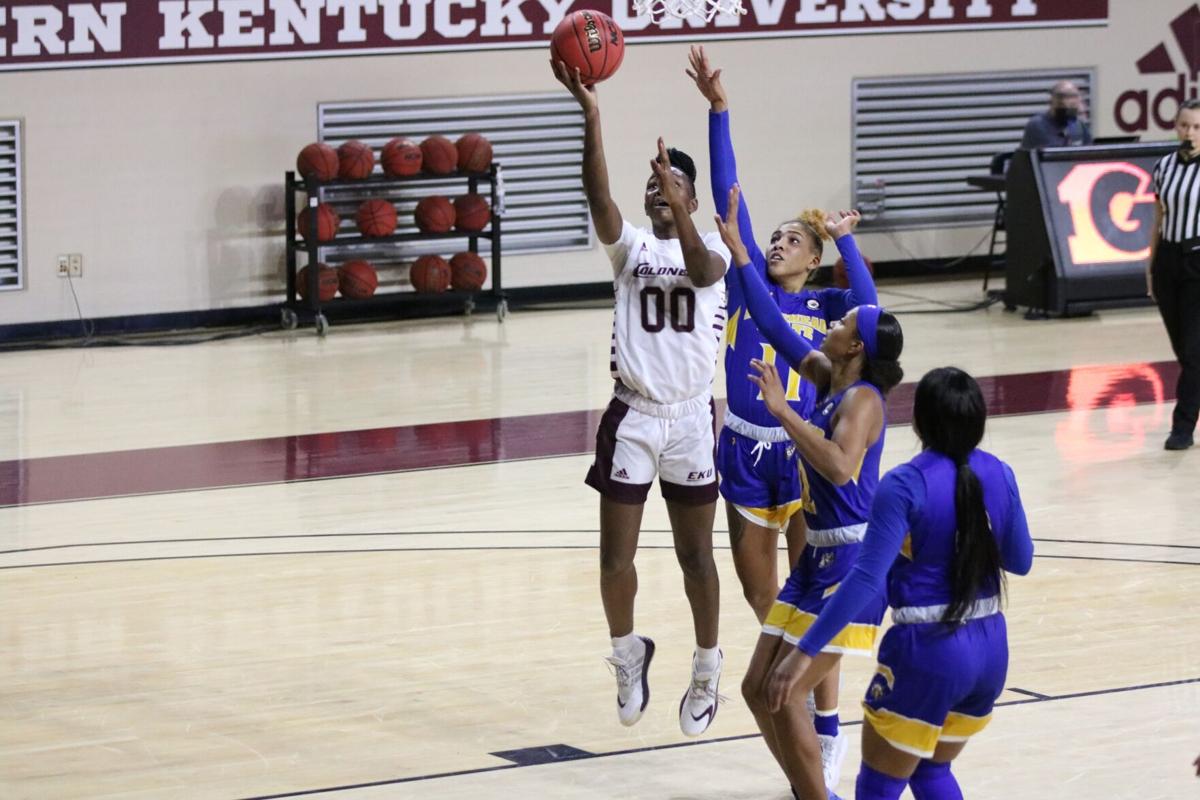 Eastern Kentucky University forward Jayla Johnson goes up for a shot against Morehead State on Dec. 14. 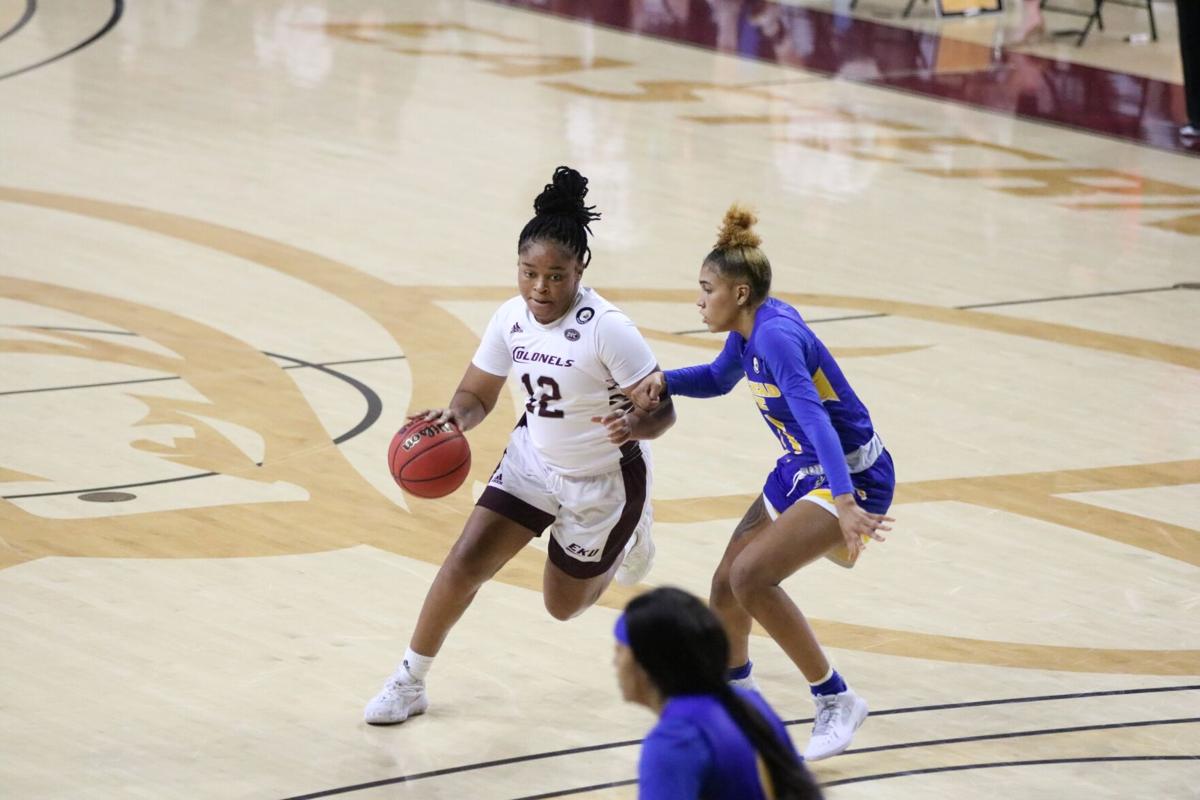 Kynnedy Azubike drives to the hoop against Morehead St. on Monday. Azubike chipped in 12 points on the night. 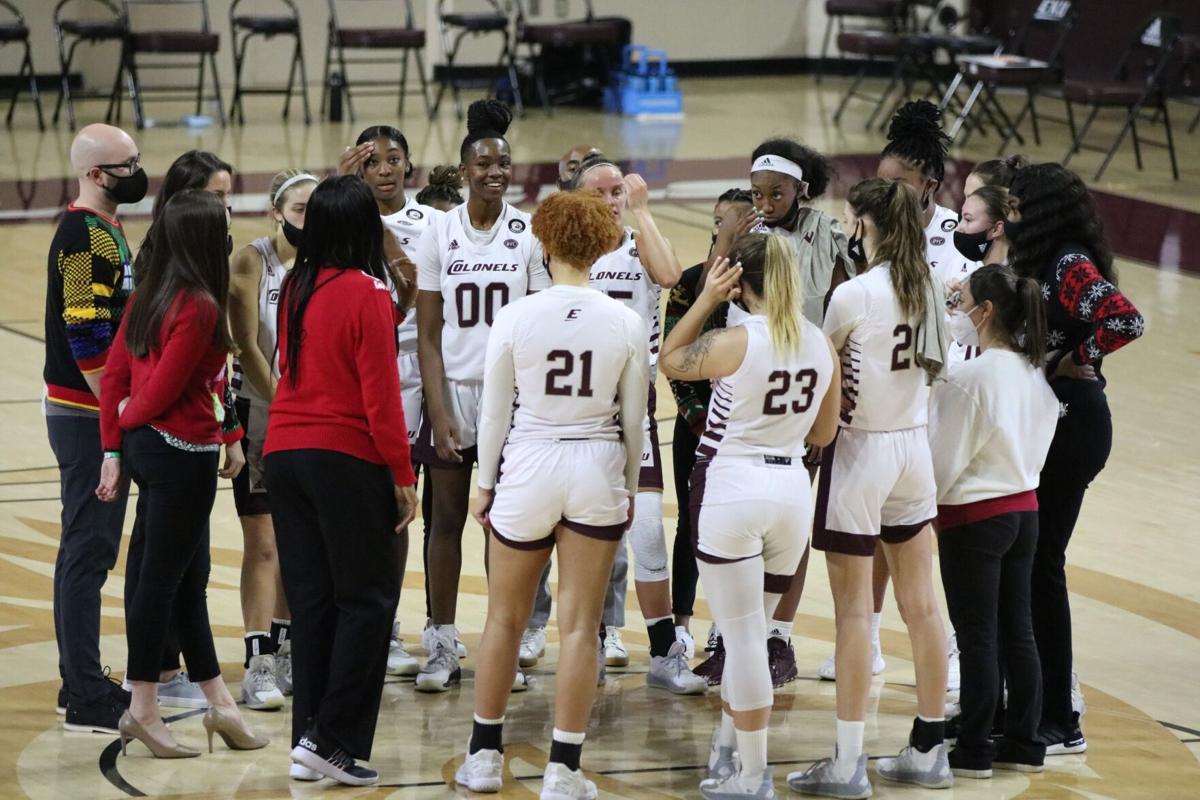 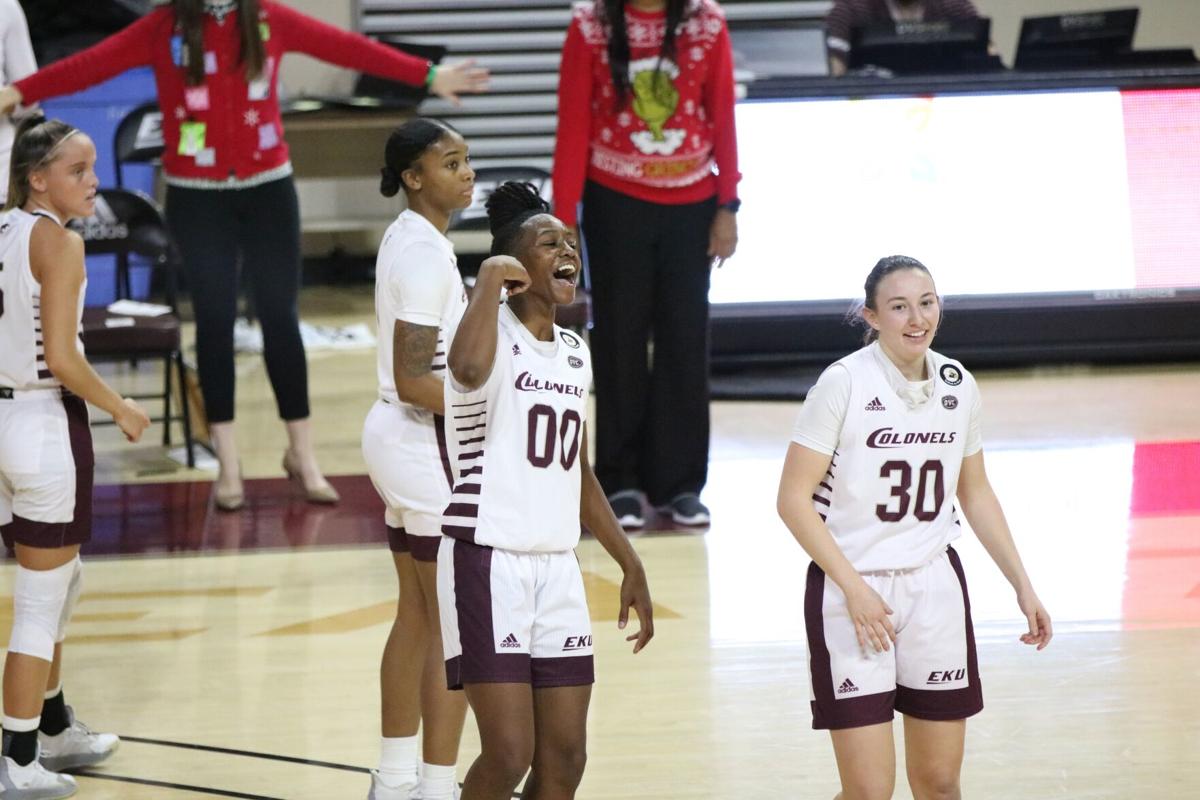 Eastern Kentucky University forward Jayla Johnson goes up for a shot against Morehead State on Dec. 14.

Kynnedy Azubike drives to the hoop against Morehead St. on Monday. Azubike chipped in 12 points on the night.

“I thought our ladies did a good job today, I talked to the ladies about doing a better job on the boards and I thought from the start they set the tone with rebounding,” head coach Samantha Williams said.

EKU won the tip-off, allowing Jayla Johnson to get the first points with a jumper in the paint. After the second quarter, EKU had a significant lead that they were able to keep the entire game, 42-28.

EKU came out in the second half continuing to knock down their shots, but the Eagles were able to answer back and close the gap on the Colonels lead. The Colonels were able to keep the lead and win, 74-59.

“We played pretty aggressive… we don’t really emphasize that but kudos to our kids for taking advantage of those steals,” Williams said.

The Colonels forced the Eagles into 17 turnovers.

“We’re not satisfied but we are going to continue to get better,” Williams said.

Johnson is a transfer from Texas State and was given the green light to be able to play in tonight's game and show her potential for the Colonels. She was the second leading scorer with 16 points and five rebounds.

“I mainly focused on me being poised and me taking my time,” Johnson said.

Redshirt junior Kynnedy Azubike chipped in 12 points on the night.

EKU made 37.7 percent of their shots compared to MSU’s 33.9 percent. EKU improves to 2-2 on the season and 2-0 in the Ohio Valley Conference.

The Colonels will be back in action against the Chattanooga Mocs in Chattanooga, Tennessee on Dec. 18. Tip-off is scheduled for 4 p.m.