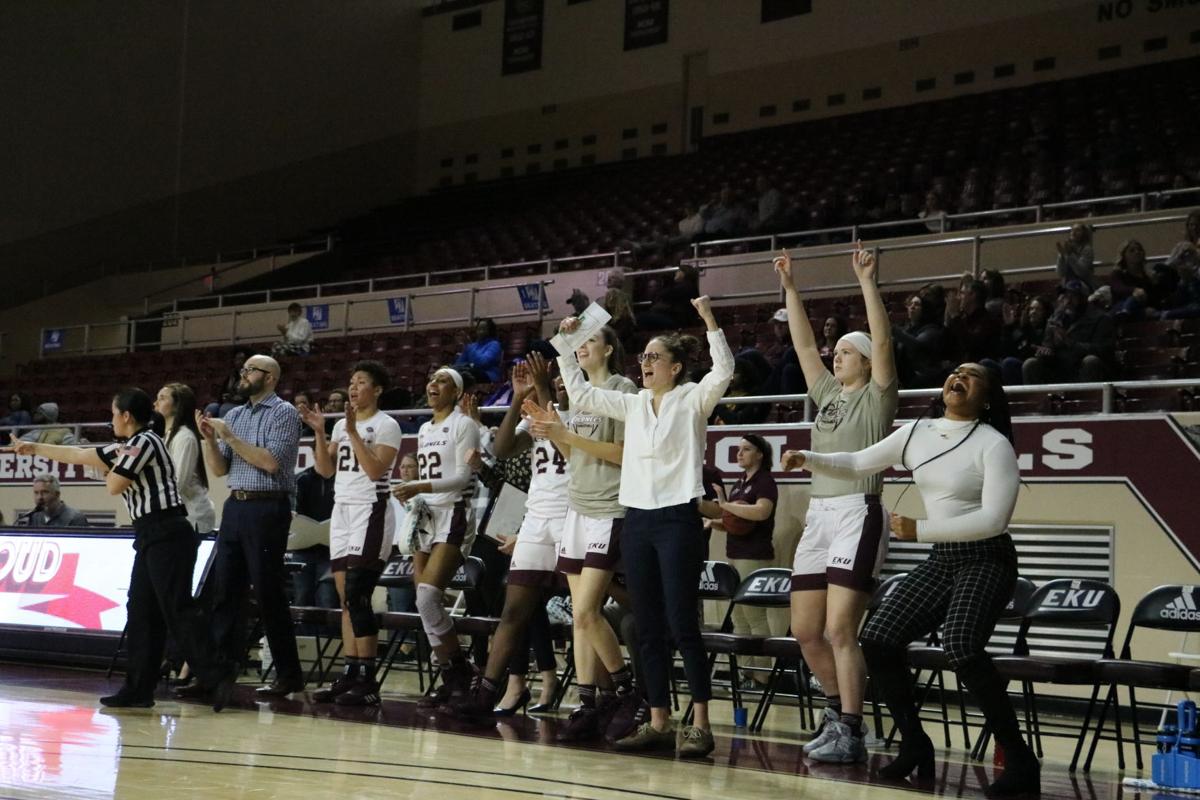 The Eastern Kentucky University women's basketball team bench cheers during the Tennessee State game at McBrayer Arena this season. The Colonels are 10-18 this season. EKU wraps up the season on Saturday against in-state rival Morehead State. 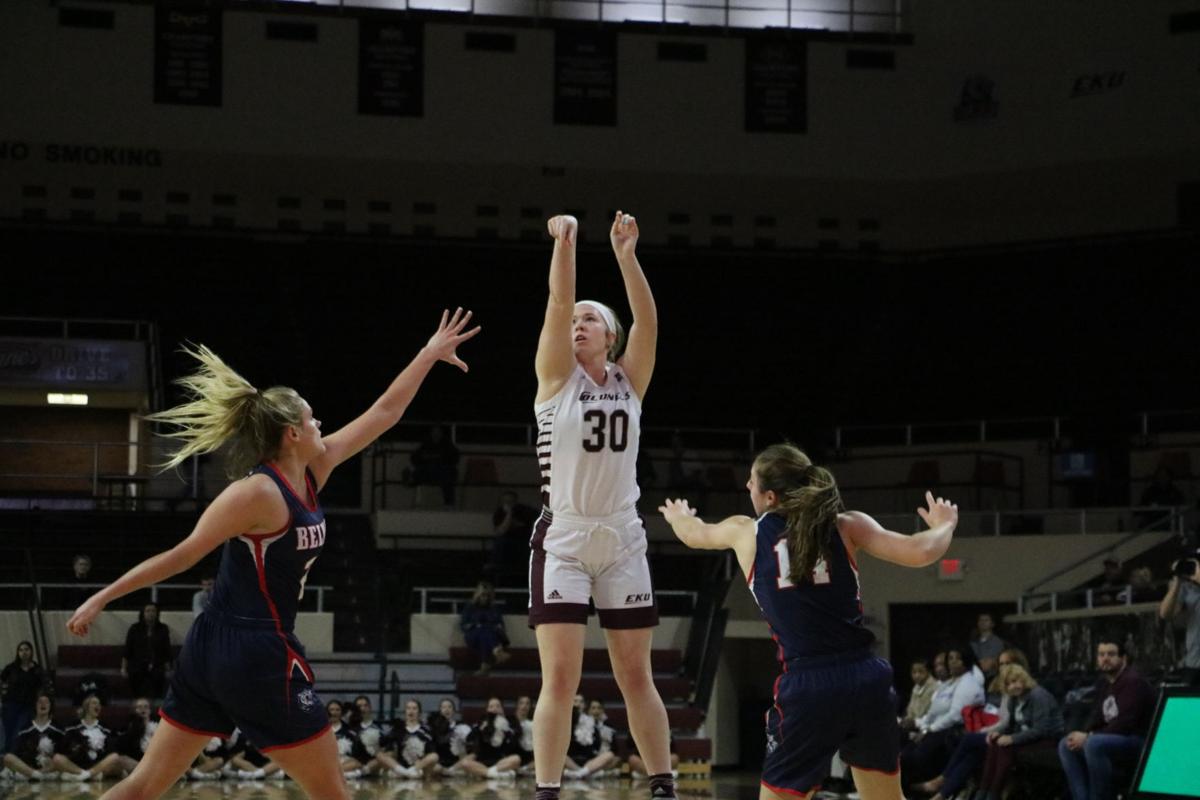 Senior Catie Kaifes shoots over the Belmont defenders at McBrayer Arena this season. Kaifes is the only senior on the women's basketball team this season.

The Eastern Kentucky University women's basketball team bench cheers during the Tennessee State game at McBrayer Arena this season. The Colonels are 10-18 this season. EKU wraps up the season on Saturday against in-state rival Morehead State.

Senior Catie Kaifes shoots over the Belmont defenders at McBrayer Arena this season. Kaifes is the only senior on the women's basketball team this season.

Eastern Kentucky University women’s basketball head coach Samantha Williams is about to wrap up her first season as a college head coach and has seen major improvement as she turned around a program that only had two wins a season ago to a program that has 10 wins.

From the start Williams said she wanted to forget the past and move in the right direction and she has done that this season as the Colonels have won 10 games which is the biggest NCAA turnaround according to the NCAA.

Coming into EKU, Williams had a special feeling about Richmond and EKU.

“Eastern Kentucky is a sleeping giant with the administration’s support and resources... I consider Richmond to be the best college town in the Ohio Valley Conference,” Williams said after her introduction ceremony in April.

Williams and the Colonels started the season with a win over in-state rival Northern Kentucky.

“It’s been exciting,” Williams said. “I’ve had a lot of fun as a first year head coach and accepting the challenges and the hills and valleys of the season but I’m pleased at where the direction of the program is going.”

Williams has seen her players improve in many ways over the season.

“I think they’ve improved in the belief system and understanding what it takes to win,” she said.

Williams said this season was focused on more than the Xs and Os for the women’s basketball team.

“We’ve been emphasizing work ethic, having a positive attitude, just getting enough sleep, eating right, just the little things that go into it and more than just the two hours on the practice court. There is a lot that goes into it,” Williams said.

As a first year head coach, Williams has learned to be patient with her players.

“I’m a competitive person and thankfully the places I’ve been able to be at I’ve won and I’ve had to show some patience and it’s not just going to be fixed in one day. I have to understand that it’s a process,” Williams said.

Williams credits the early buy in from the players and especially the new players for helping the turnaround this season and for making her first year better.

“I think the buy in and believing in myself and the coaching staff and what it takes to win,” Williams said.

Williams and her staff have been hitting the recruiting trail this season looking to continue their momentum and bring more talent to EKU to play for their program.

“Xs and Os are great and you can be the greatest coach but at the end of the day it’s about recruiting and recruiting the type of players you want in your system so we’ve been hitting the recruiting trail pretty hard,” she said.

As the Colonels prepare to close out the season, Williams knows how important it is to continue to improve over the offseason and win more next season.

“I think the community wants and is hungry for another winner again,” Williams said.

Williams and the women’s basketball team have their eyes set on the Ohio Valley Conference tournament and even though they are currently in 10th place and have missed the cut for the tournament, they are still excited and ready to work hard to get to Evansville next season.

The Colonels will end the season on Saturday against in-state rival Morehead State at McBrayer Arena. They are excited to compete in the last game of the season for their lone senior, Catie Kaifes.

“We got our heads held high and we’re going to have a really good week of practice,” Williams said.

Fans will have a chance to cheer on the Colonels on senior day this Saturday at 4:30 p.m.