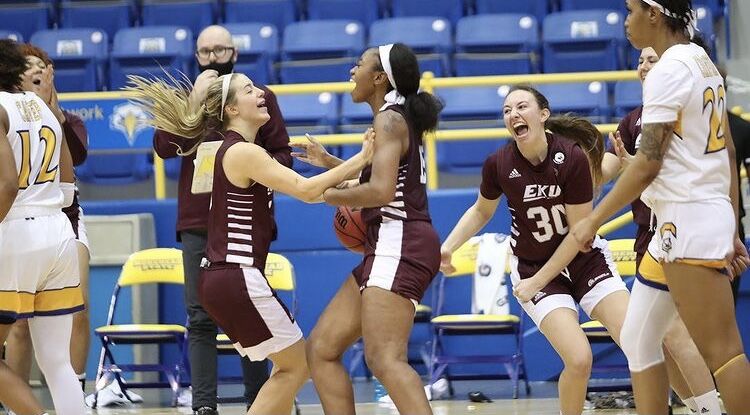 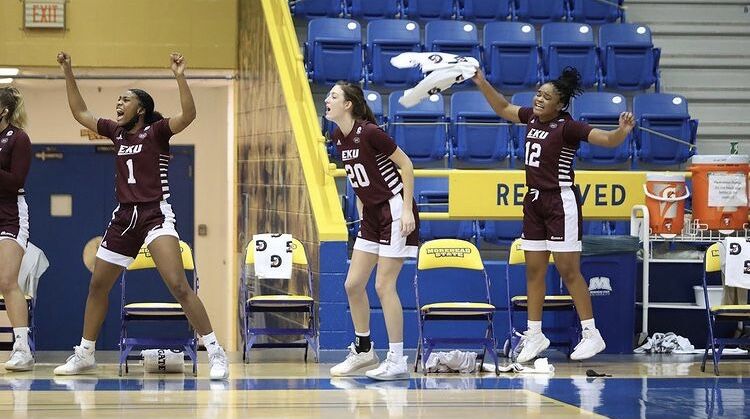 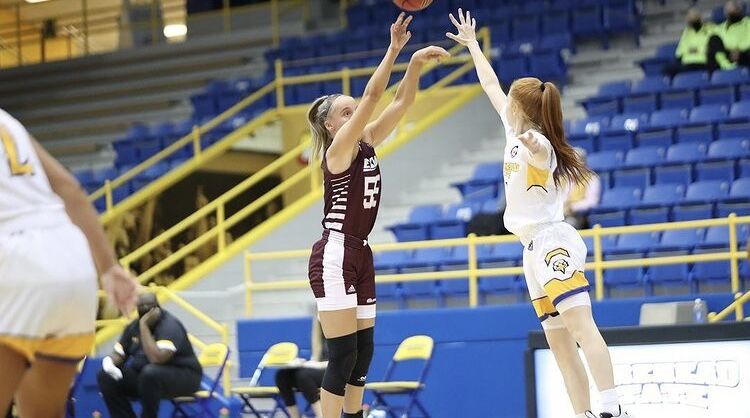 “It wasn’t the prettiest of games but it was a battle between two rivals and I’m happy we were able to come out on top,” head coach Samantha Williams said.

The first and second quarters were low scoring for the Colonels and the Eagles as they battled defensively and offensively against one another not allowing any significant leads.

“We hadn’t played in two weeks and we had to come in and play a conference game on the road… I felt our team showed resilience,” Williams said.

In the first half, Kendall Wingler led EKU with 10 points. The Colonels were shooting 35 percent from the field.

“They are still learning through the college game how you have to constantly communicate offensively and defensively,” Williams said.

In the third and fourth quarter, the teams were neck and neck against each other only allowing a one point differential. The Colonels were trailing the Eagles up until Recanati drew a foul and locked in the first win of the season for the Colonels, 50-49.

“I don’t feel like we’re physical enough from the get go… we have to clean up on the defensive rebound side of the ball,” Williams said.

Bria Bass had the most rebounds for the Colonels with six.

EKU and MSU shot 30.2 percent from the field.

The Colonels will face off against Morehead State again on Dec. 14 but this time the Colonels will host the Eagles at McBrayer Arena. Tip-off is scheduled for 6 p.m. Fans will receive signed posters and Level Up t-shirts while supplies last.