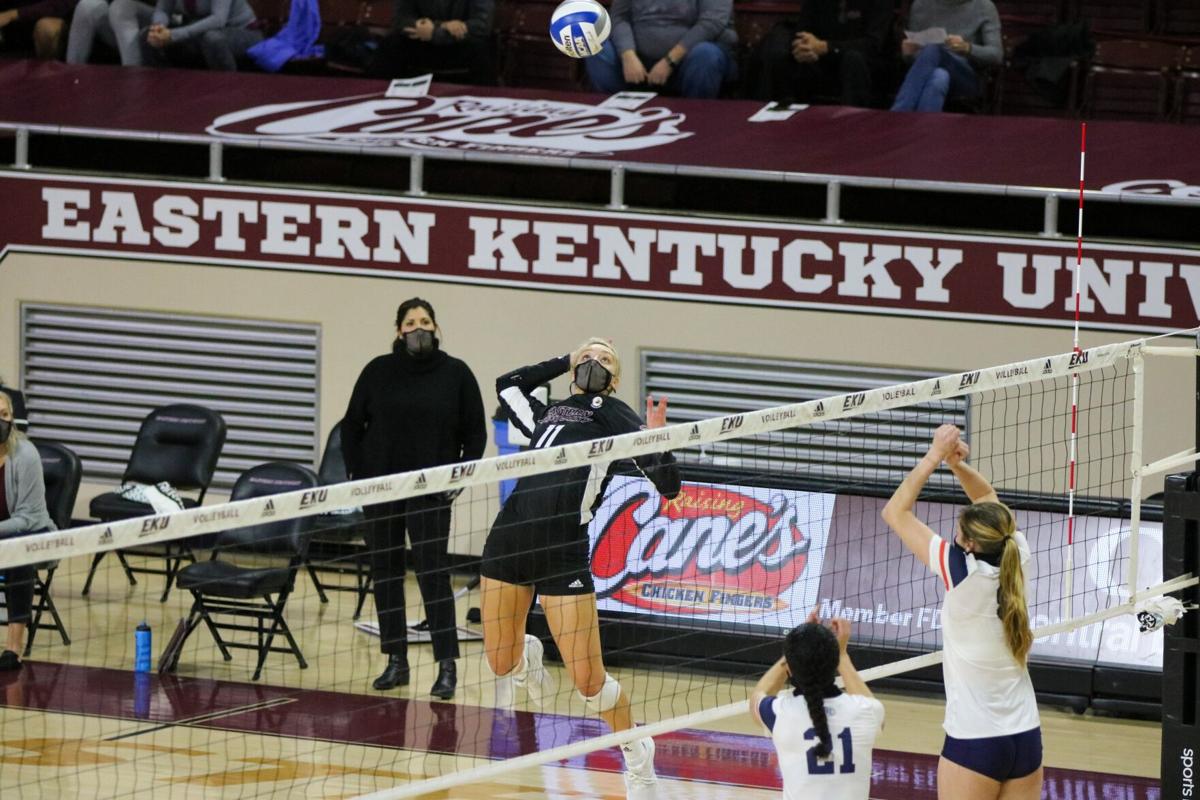 Eastern Kentucky University outside hitter Molly Michalak goes up for a hit against UT Martin on Feb. 8 at McBrayer Arena. 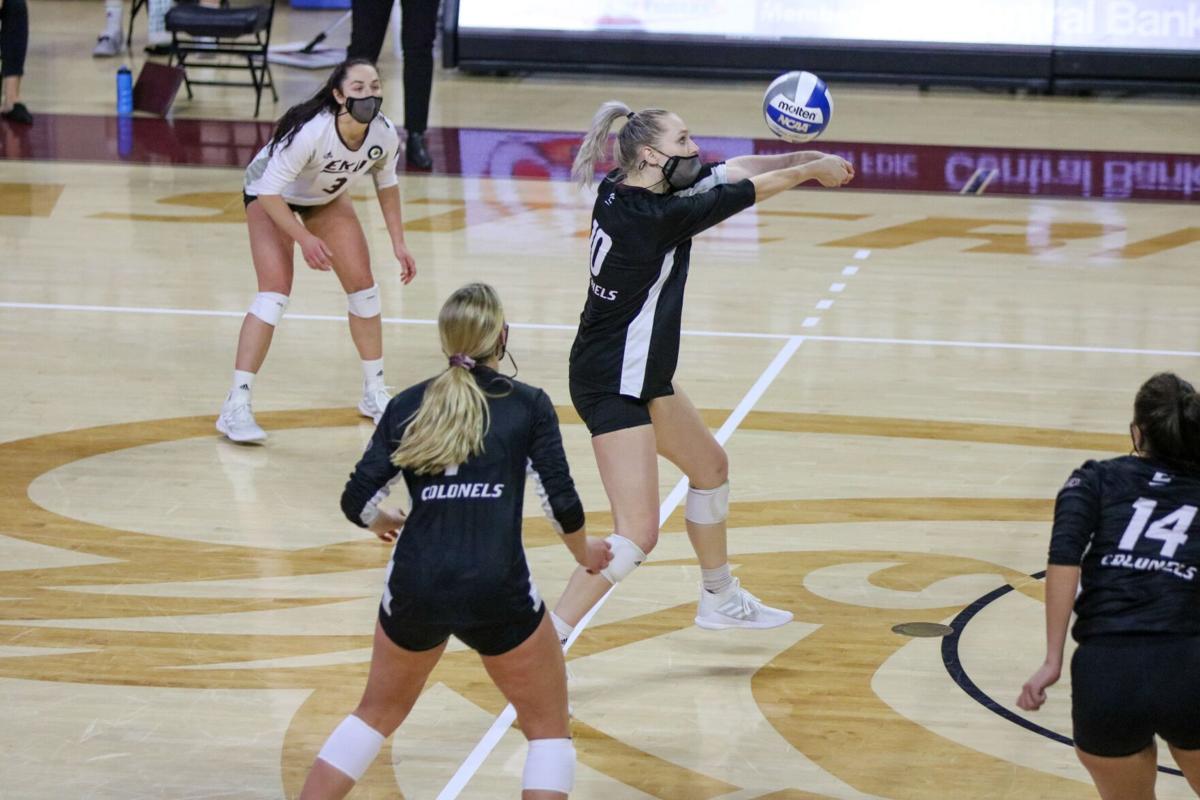 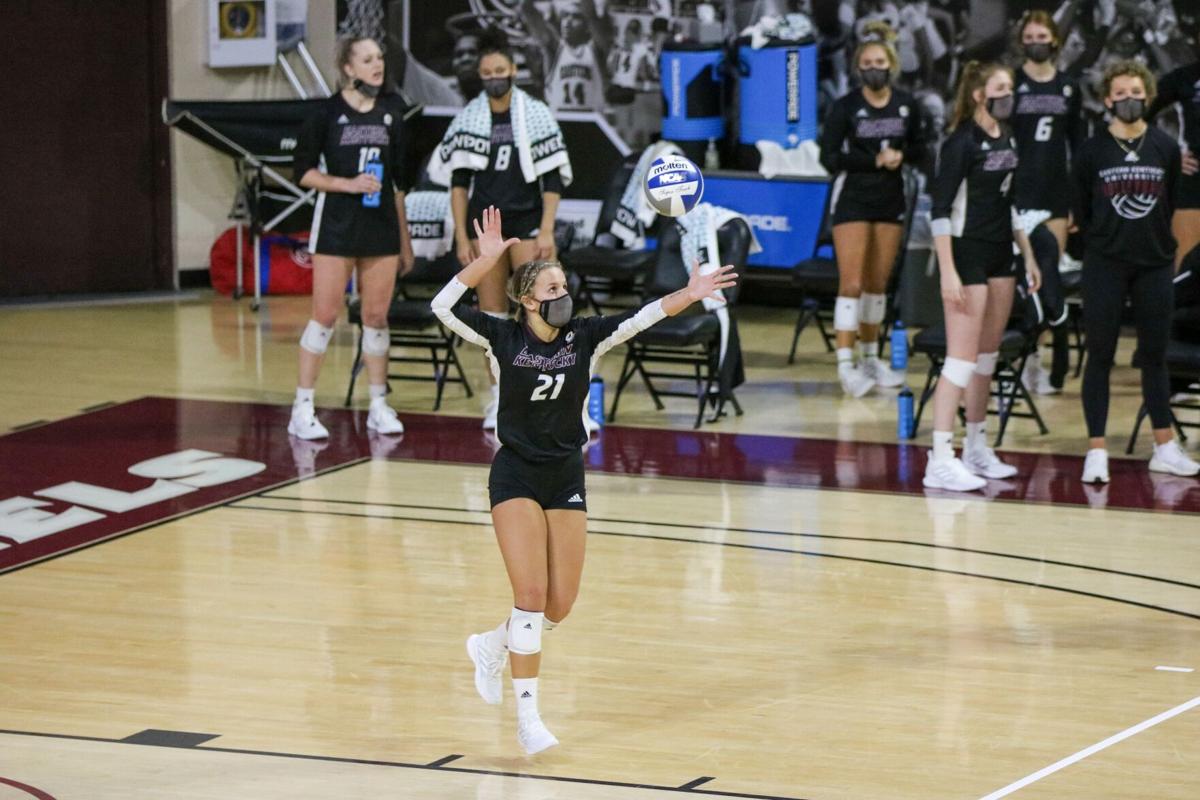 Eastern Kentucky University outside hitter Molly Michalak goes up for a hit against UT Martin on Feb. 8 at McBrayer Arena.

The Eastern Kentucky University volleyball team came out on top against the University of Tennessee Martin for their second match up, 3-2 on Monday at McBrayer Arena.

“I think this is EKU volleyball… tonight was a special win in the sense of we had four hitters in the double digit kills, and all those are freshmen,” head coach Johnna Bazzani said. “That’s tough for freshmen who haven’t played at the college level yet.”

UT Martin was able to get a lead on the Colonels and win the first set, 28-26.

The Skyhawks were able to keep the fire going and win the second set, 30-28.

The Colonels were able to answer back with a close win in the third set, 25-23.

EKU continued to put out the Skyhawks flame and dominate in the fourth set, 25-13.

Sending both teams to the fifth set, the Colonels were able to secure the win, 15-13 and win the match, 3-2.

“There was a will to win out there, and I told the girls out there, 'we’ve got to defend our home court' and that’s exactly what they did,” Bazzani said.

“It feels good. It's been a while since we’ve won and it’s a weird season just being in February but as a team, this was a whole team effort and I’m just so proud of the team,” Bazzani said.

This is the first win of the season for EKU and they now improve to a 1-1 record in the Ohio Valley Conference.

“This is who EKU volleyball is and who we want to be,” Bazzani said.

EKU will travel to take on Southeast Missouri State University on Feb. 14 at 5 p.m.