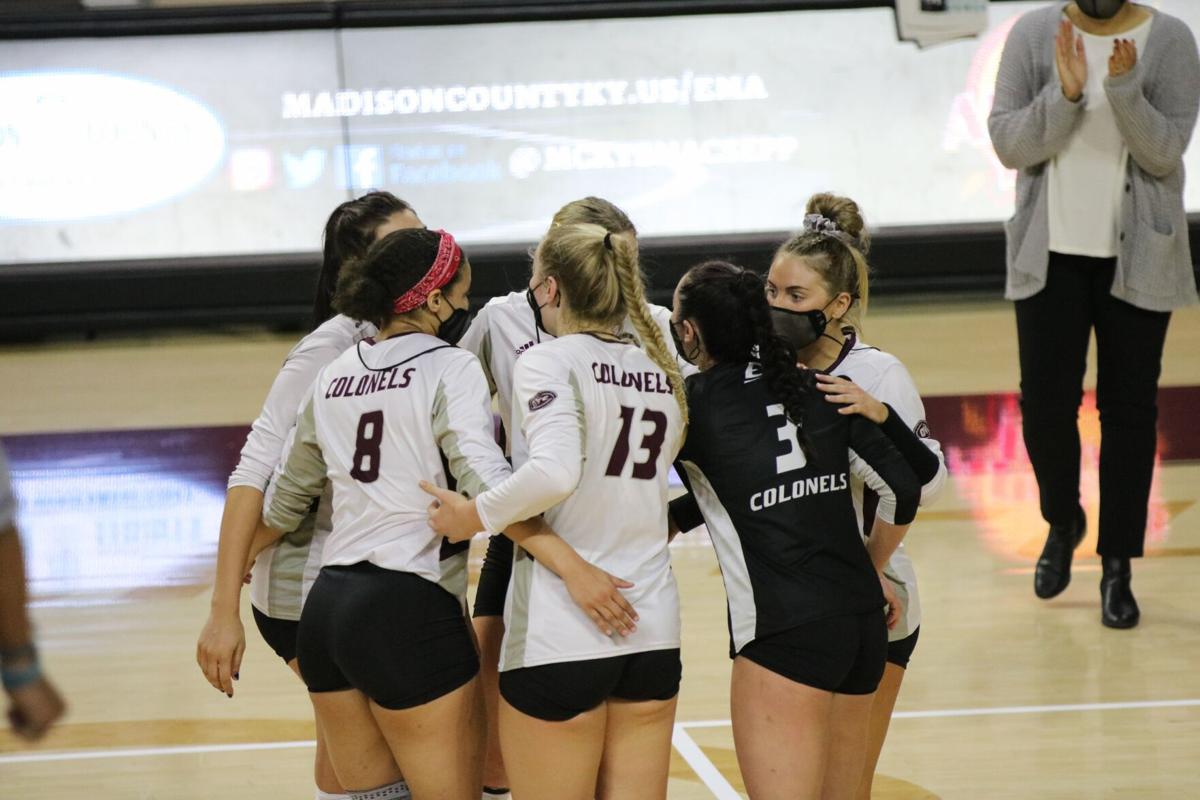 The Eastern Kentucky University volleyball team huddles during the game against Belmont on Feb. 28 at McBrayer Arena. 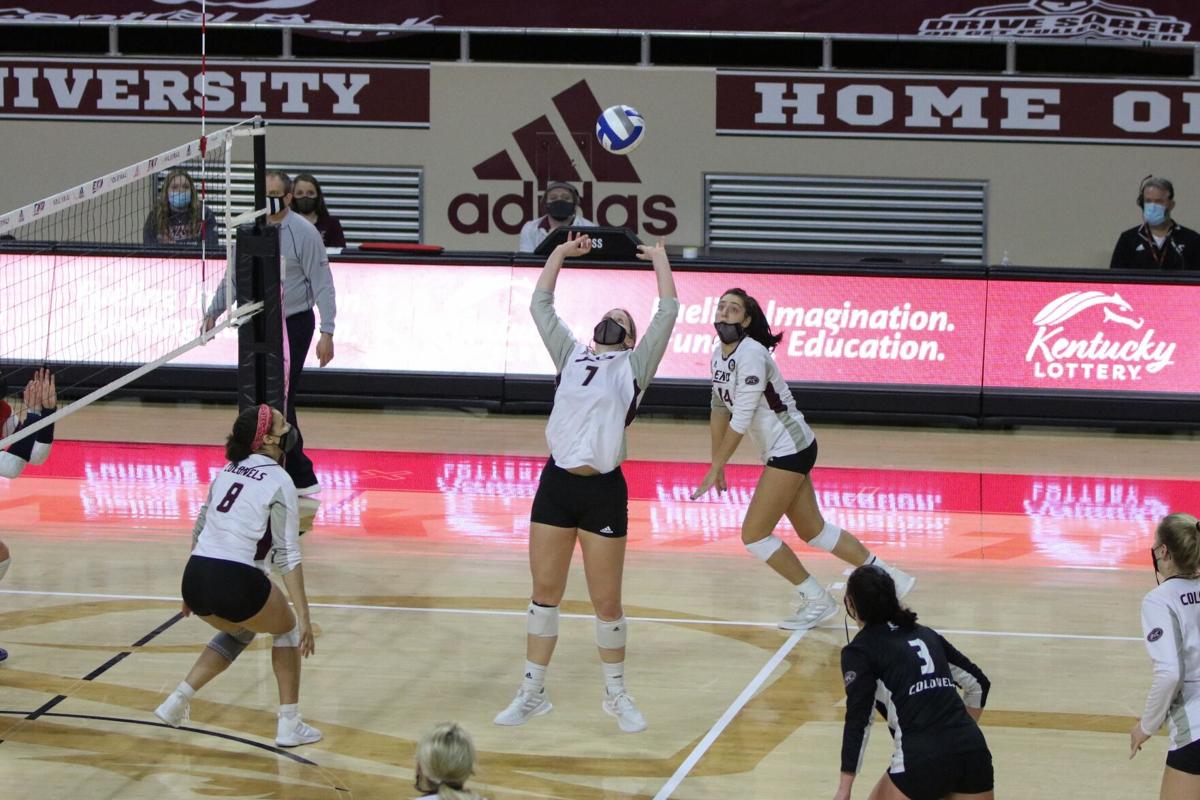 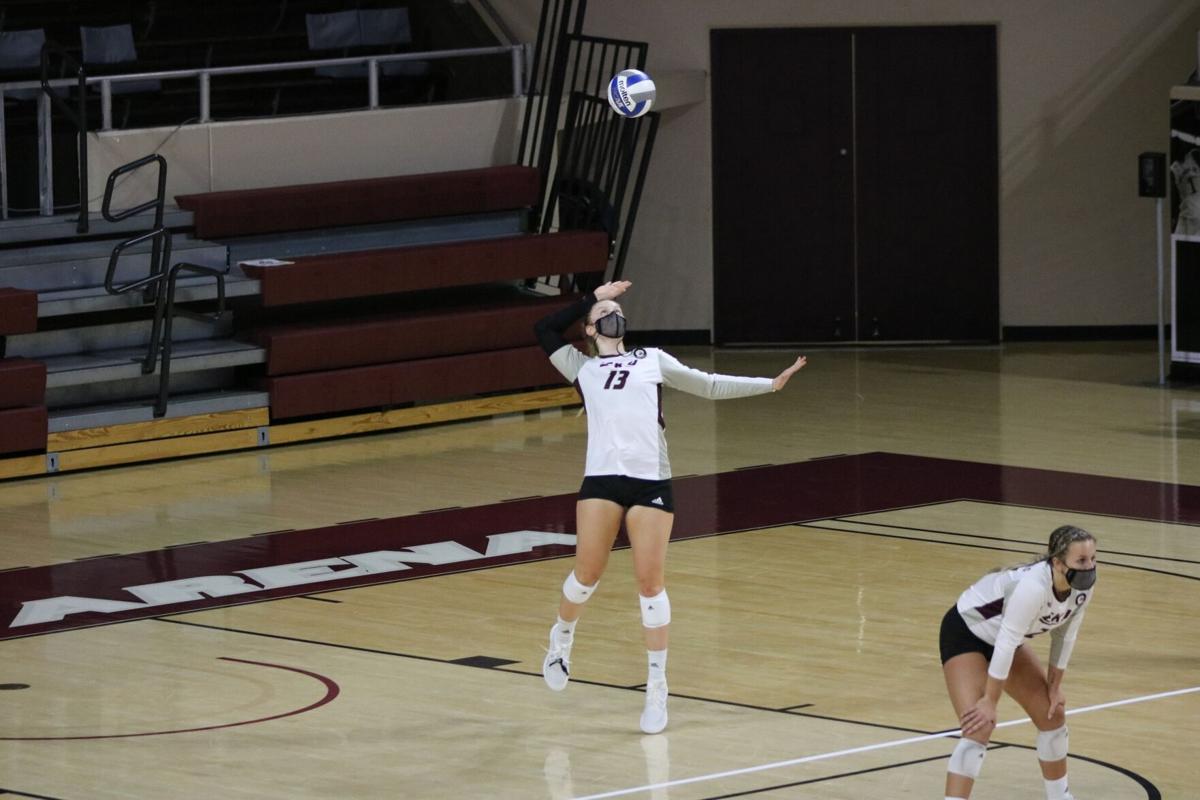 The Eastern Kentucky University volleyball team huddles during the game against Belmont on Feb. 28 at McBrayer Arena.

Eastern Kentucky University volleyball earned a 3-0 victory Sunday over Belmont. The victory is the Colonels’ second of the season.

EKU went on two separate 4-0 runs in the first set to cruise to a 25-12 finish. Redshirt junior Jovana Bulatovic had five of her 12 kills in set one. The Colonels’ first run took them from a five-point lead to a nine-point lead. Bulatovic kills accounted for three of the four points in the run. A kill by Michalak ended the set.

In the second set, Belmont jumped out to an early 5-1 lead. EKU countered with a 3-0 to reduce the lead to one. The set was back-and-forth from there, with neither team leading by more than two points until a kill by Bulatovic and an attack error for Belmont gave EKU a three-point victory in set two, 25-22. The set included nine ties and three lead changes.

Set three began as a back-and-forth battle before EKU went on a 5-0 run in the middle of the set. Bulatovic started the run with a kill and junior middle blocker Maddy Campbell followed suit with a kill of her own. Bulatovic and Campbell then combined for a block to put the Colonels up five, prompting a Belmont timeout. Following the timeout, Mitchell and Bulatovic teamed up for back-to-back kills, extending the EKU lead to seven before a kill by Belmont’s Taylor Floyd stopped the streak. Later in the set, three straight kills from Michalak and Bulatovic put EKU up eight, and the Colonels capped off set three with a 25-18 win.

The Colonels are back in action Monday at 4 p.m. against Belmont in McBrayer Arena.