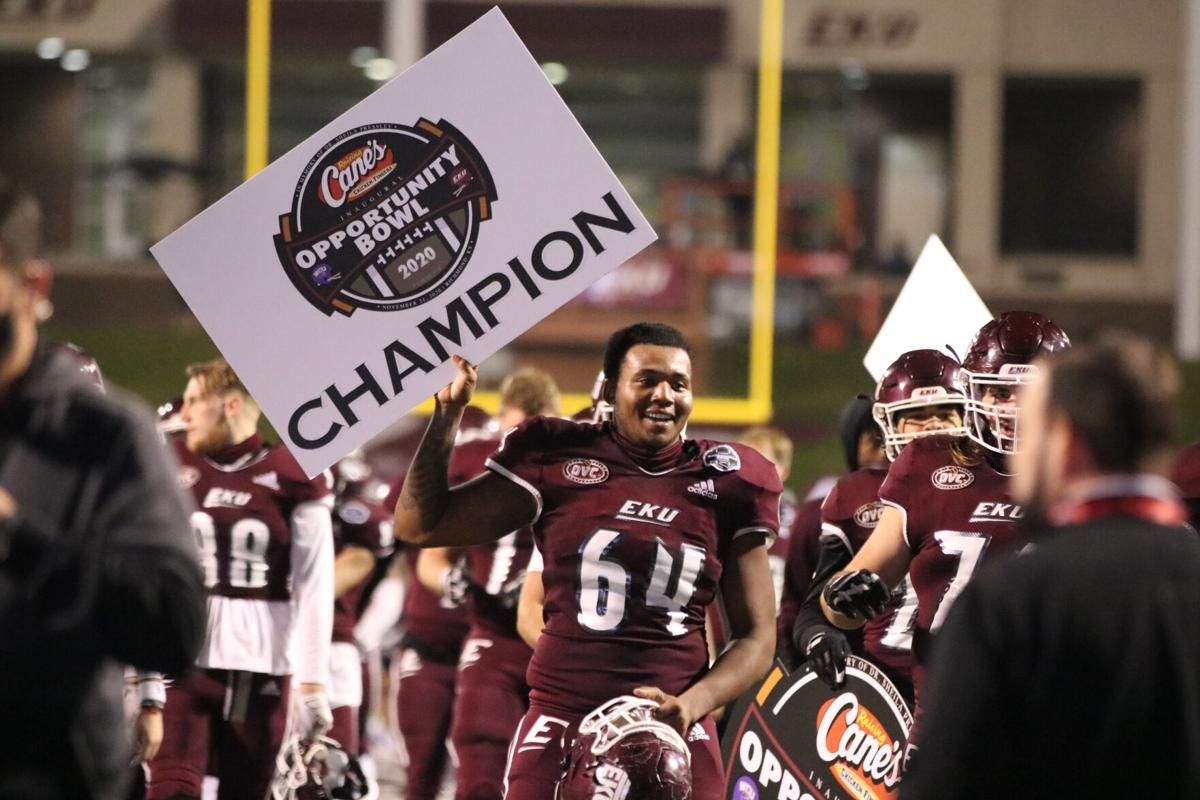 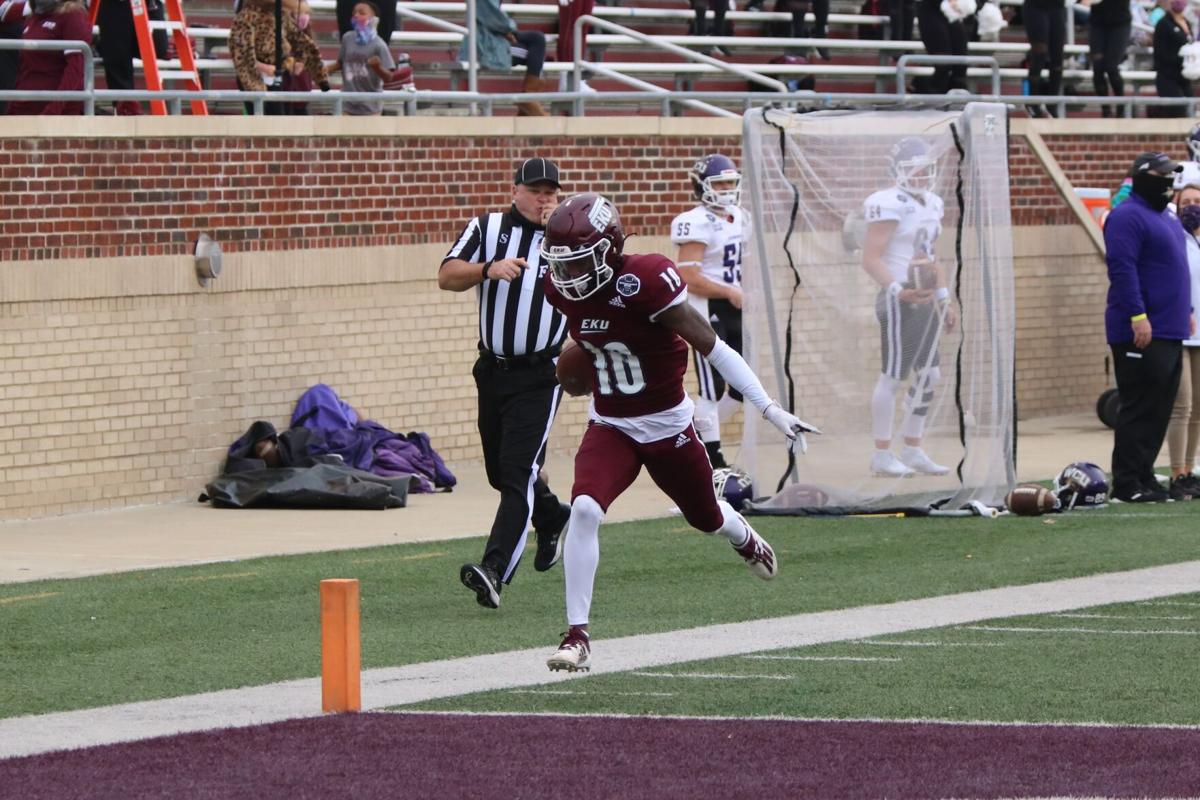 Eastern Kentucky University wide receiver Davion Ross runs into the end-zone after his kickoff return against Western Carolina on Nov. 21. 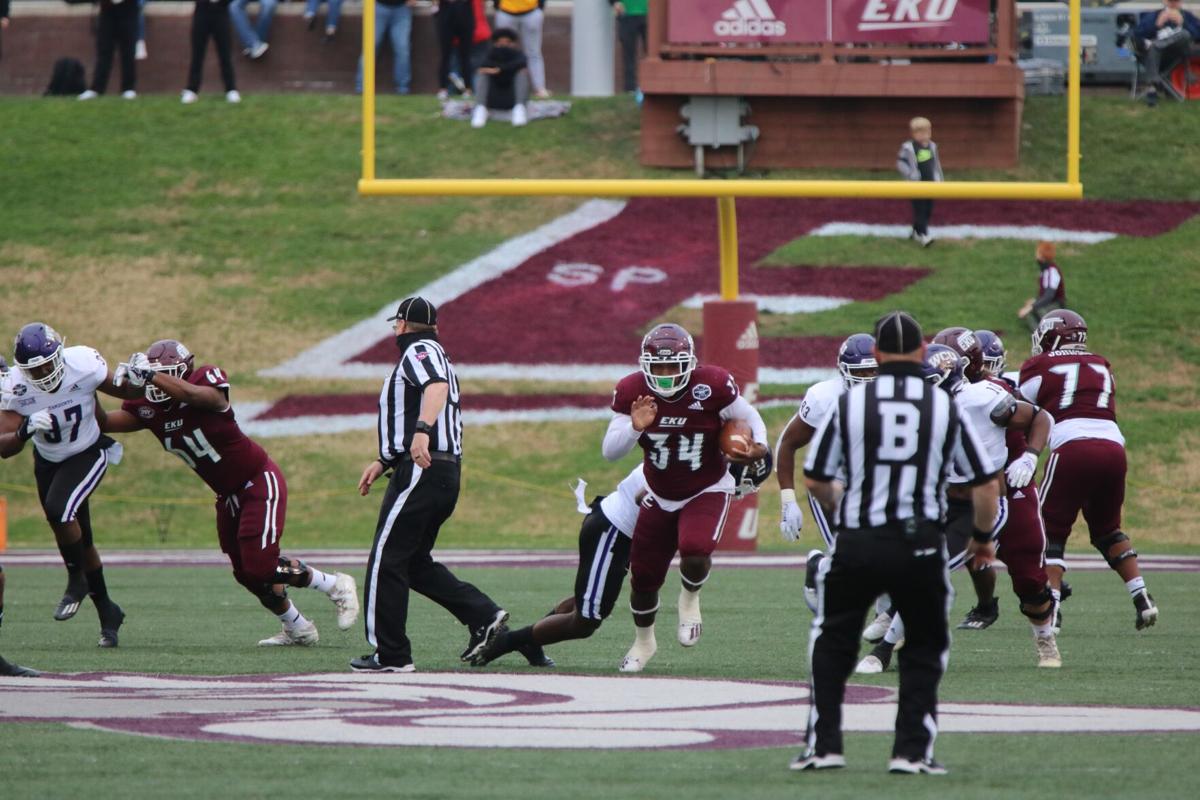 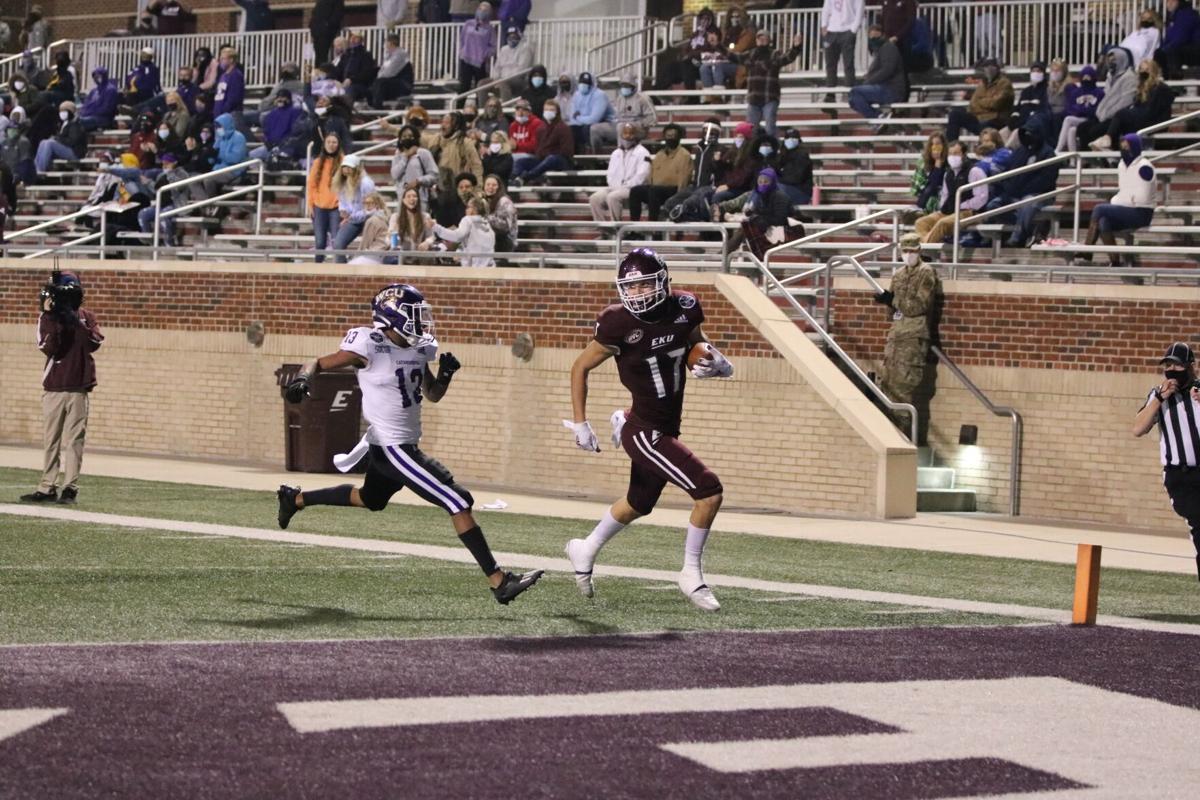 Eastern Kentucky University wide receiver Davion Ross runs into the end-zone after his kickoff return against Western Carolina on Nov. 21.

Eastern Kentucky University football came out on top against Western Carolina University on Saturday in the inaugural Opportunity Bowl, 49-17.

“It feels great to win the Opportunity Bowl and we’re so thankful for our administration for putting this Bowl game together for both teams,” head coach Walt Wells said.

Several big plays from the Colonels allowed them to take advantage of the game and keep the lead.

In the first quarter, running back Alonzo Booth had a four-yard run for a touchdown to get the game rolling.

EKU totaled 590 yards of offense while holding WCU to 255 yards.

WCU Paxton Robinson answered back with a 52-yard field goal.

Within only minutes there was a 54-yard fumble return from WCU Ricky Palao, allowing them to take the lead 10-7.

Booth had a 69-yard touchdown pass from quarterback Isaiah Velez, widening the gap 21-10.

The third quarter was scoreless for either team, as they battled between one another.

Booth had a six-yard touchdown run, making the score 35-10.

“Alonzo is very talented and has a bright future,” Wells said.

Beerman had a 66-yard touchdown pass from Velez.

The Catamounts were finally able to score in the fourth quarter, Mahari Stribling had a 30-yard pass from Will Jones.

To end the game, Booth had yet another 28-yard touchdown.

Booth ran for 178 yards on 27 carries and scored three rushing touchdowns. He also had the one reception for 69 yards and a score. Booth was named as FCS player of the week.

Velez covered a total of 310 yards passing. The redshirt freshman quarterback playing in only his second collegiate game finished 18-for-32. He had two touchdown passes.

“It’s been a great opportunity for my career, for me to come in and show off to these coaches and my teammates,” Velez said.

EKU ends the season with a 3-6 record.

“We’ll start back in January with an extensive off season,” Wells said.

The Colonels will not play in the Ohio Valley Conference spring football season.

The Colonels end the season as FCS national team of the week.