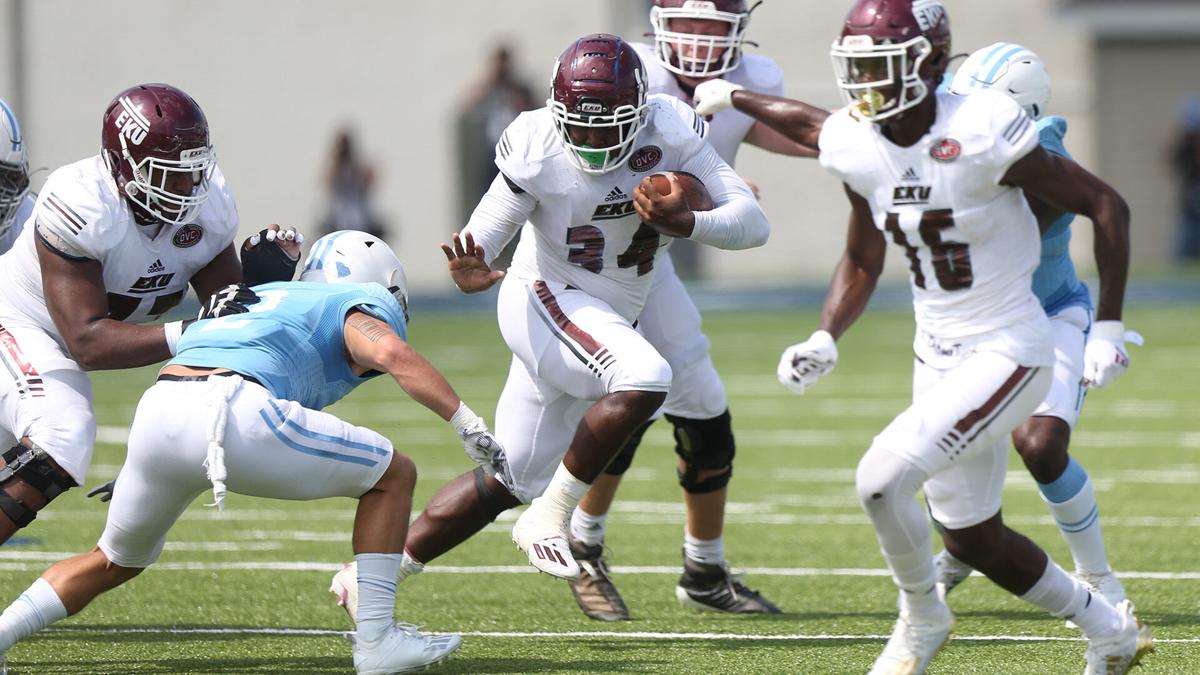 Eastern Kentucky University running back Alonzo Booth runs the the ball down the field against The Citadel on Sept. 26. 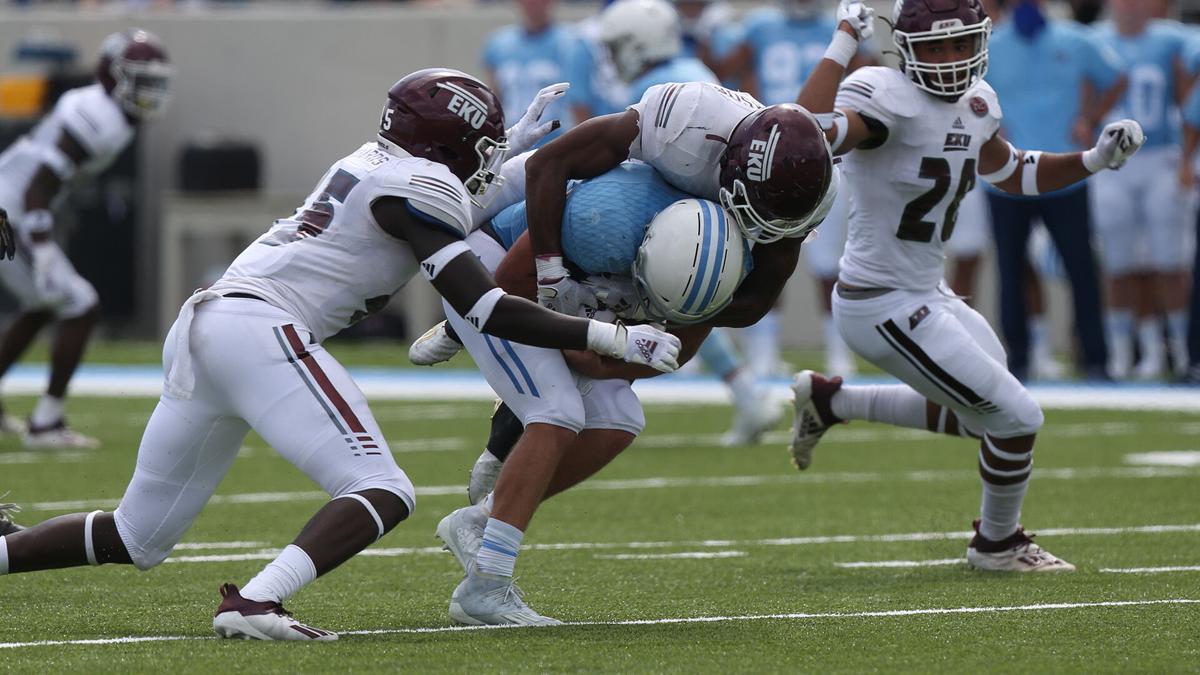 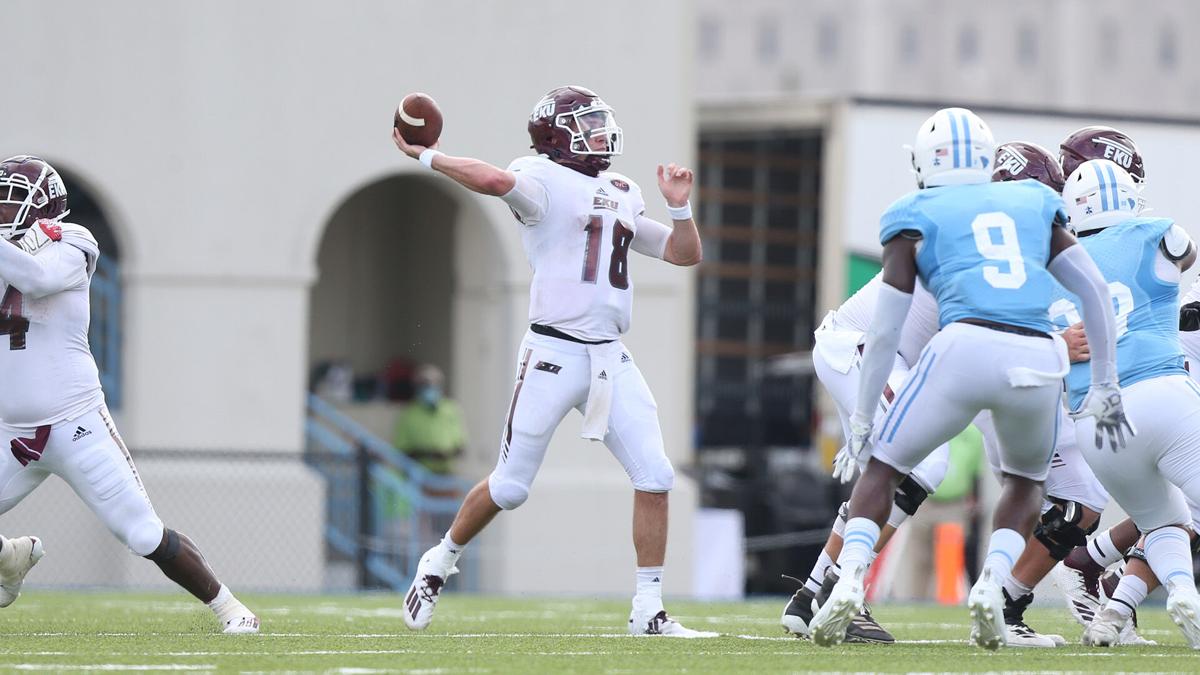 Eastern Kentucky University running back Alonzo Booth runs the the ball down the field against The Citadel on Sept. 26.

Eastern Kentucky University football had a rough start to the season but came out with a win on Saturday against The Citadel, 37-14.

This was first-year head coach Walt Wells’ first win of the season.

Jacquez Jones had a total of 70 yards receiving and three touchdowns.

Keyion Dixon had a total of 81 yards receiving and one touchdown.

Right before halftime, Alexander Woznick kicked a 21 yard field goal to send the Colonels into the locker room with a 23-14 lead

The Colonel defense came out ready to attack on Saturday. Matt Jackson finished with the team’s high of 11 tackles.

Antonio Smith was able to force two fumbles from The Citadel, the Colonels were able to recover them.

Daulson Fitzpatrick had an interception, allowing a touchdown for the Colonels on the next play from running back Alonzo Booth.

Booth had a total of 93 yards rushing and one touchdown.

The Colonels out-gained The Citadel in total yards, 428 to 383. EKU forced three turnovers on the game.

EKU will play their first home game of the season at Roy Kidd Stadium, Saturday, Oct. 3 against Houston Baptist at 3 p.m and air live on ESPN+.