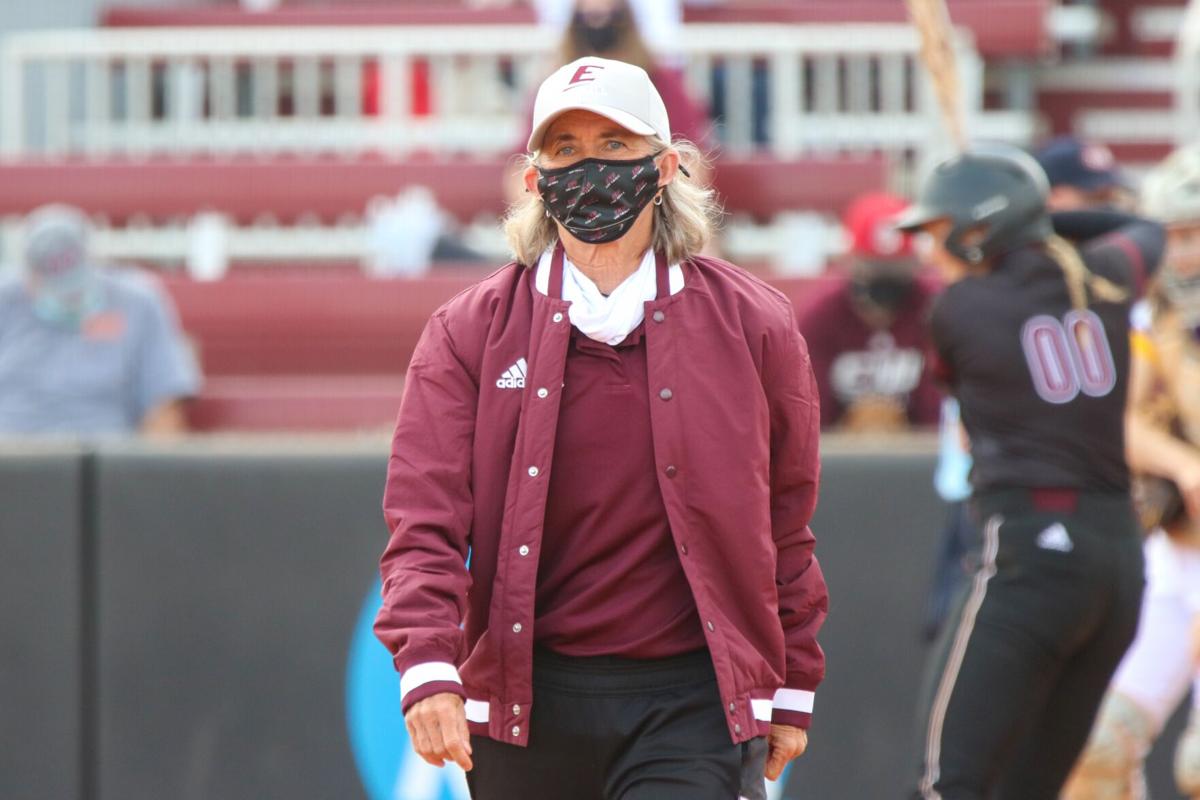 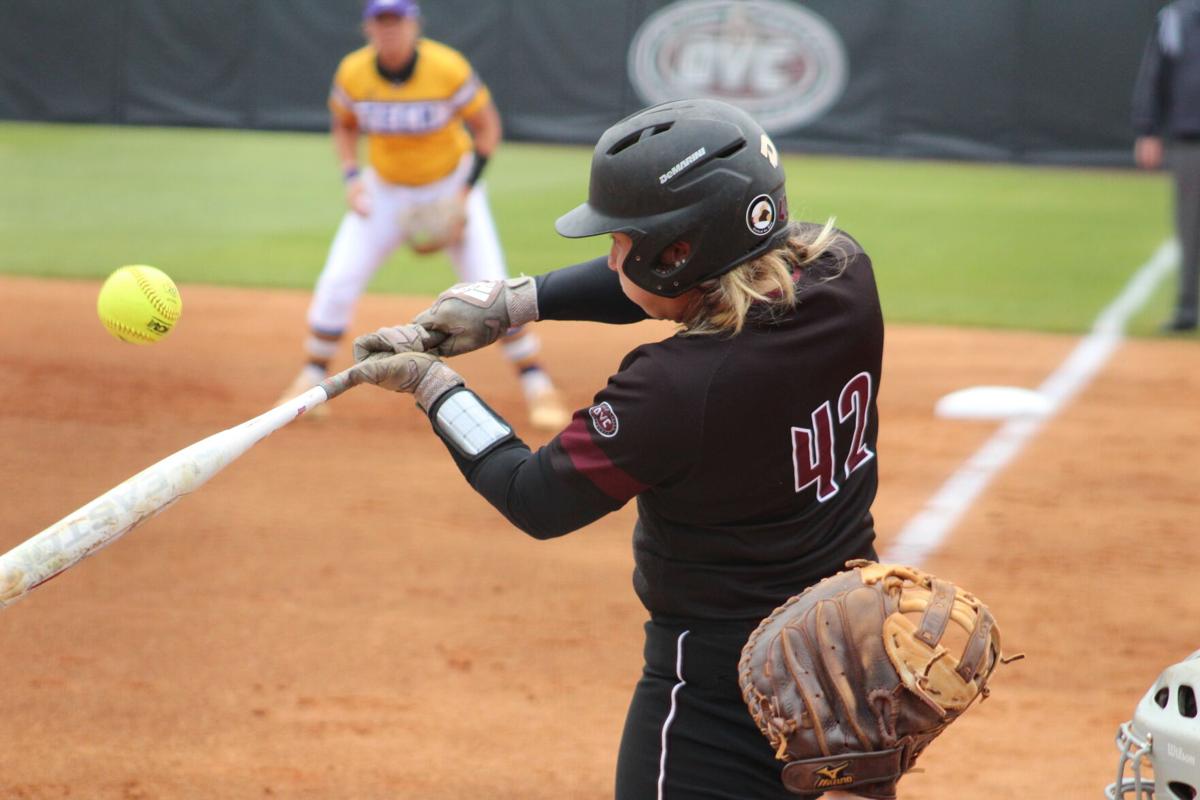 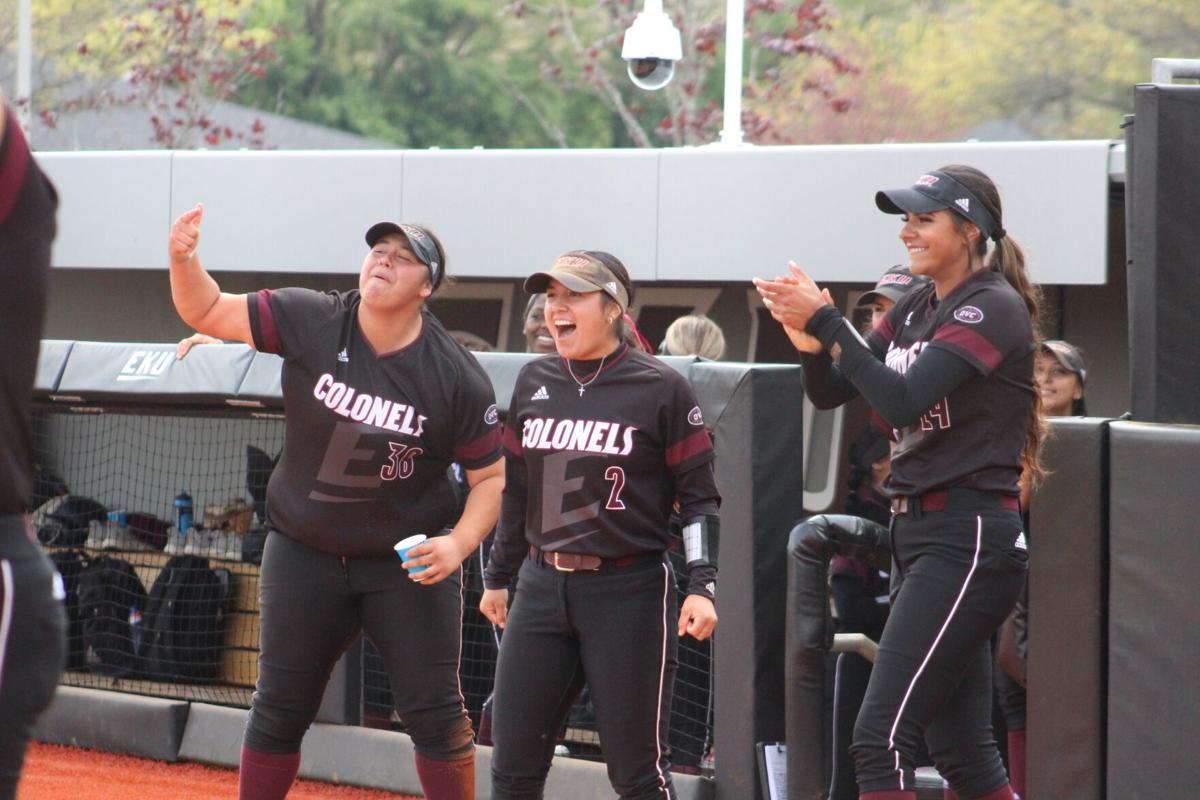 Eastern Kentucky University (left to right) Isabella Gonzalez, Ariyana Miranda and Vianna Barron cheer on their teammates from the side against Tennessee Tech at Gertrude Hood Field. 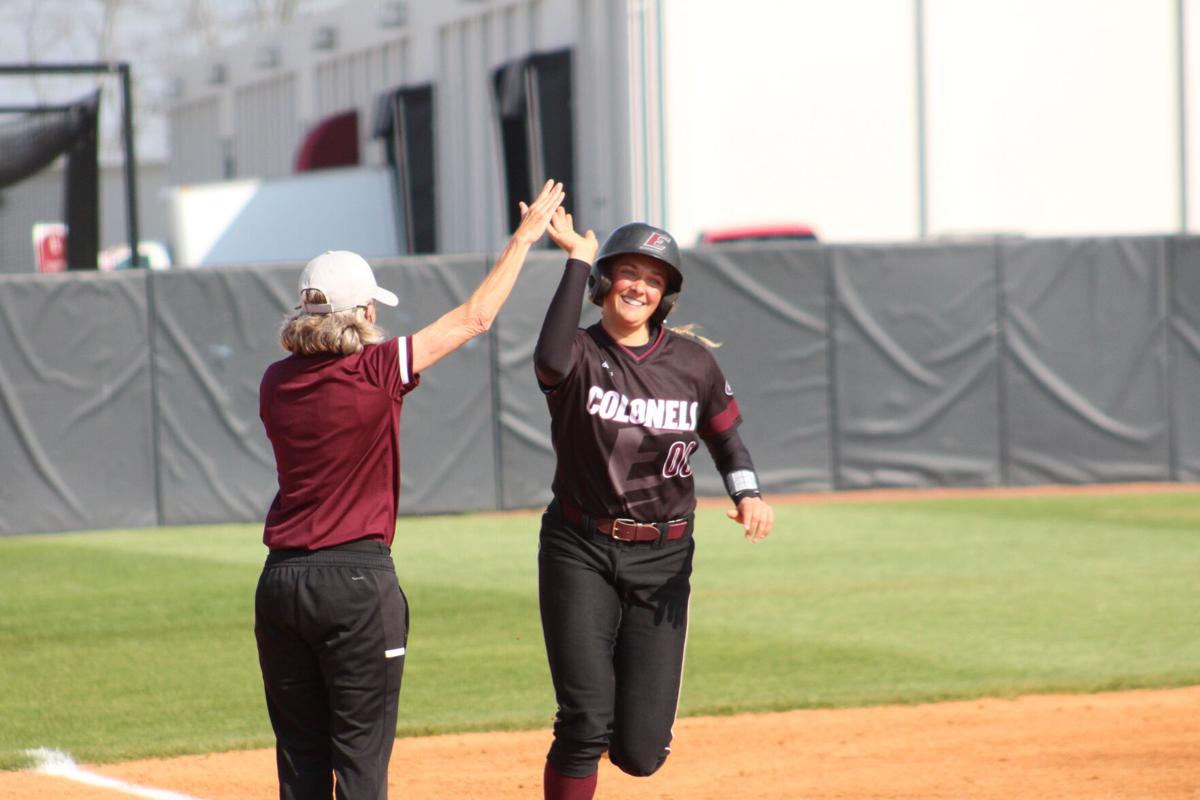 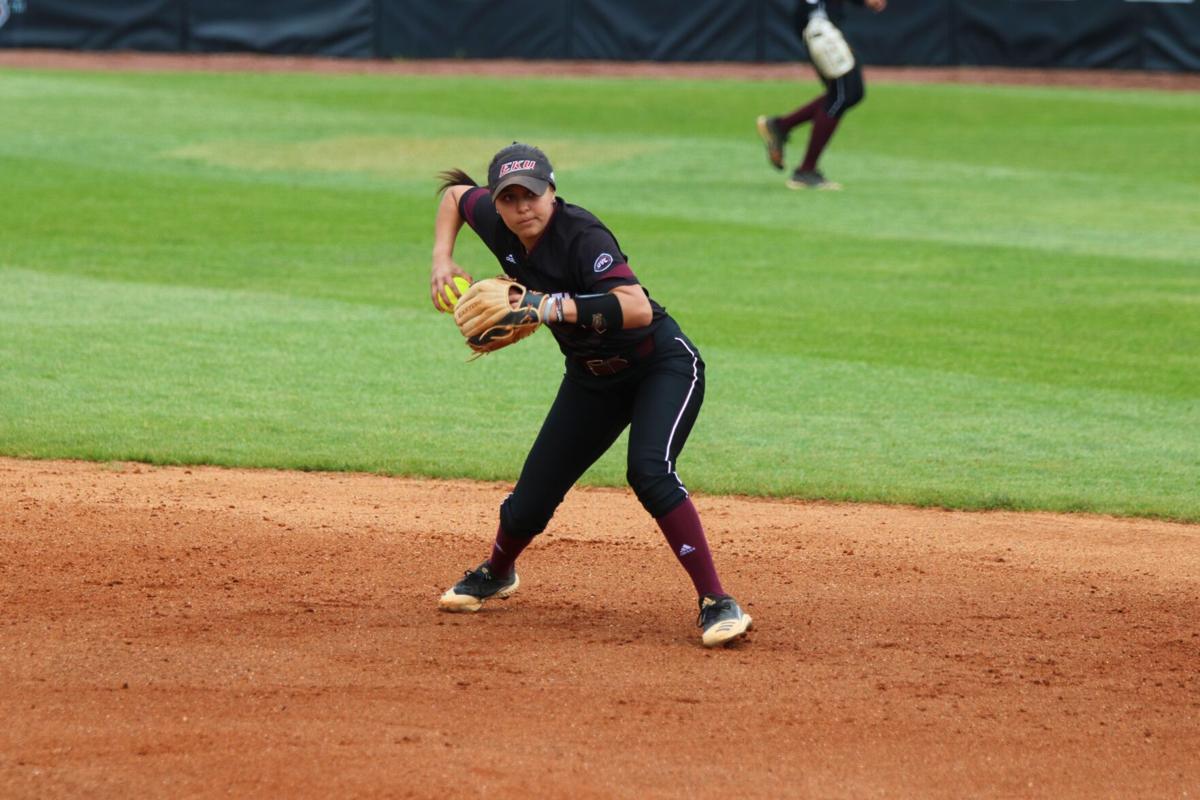 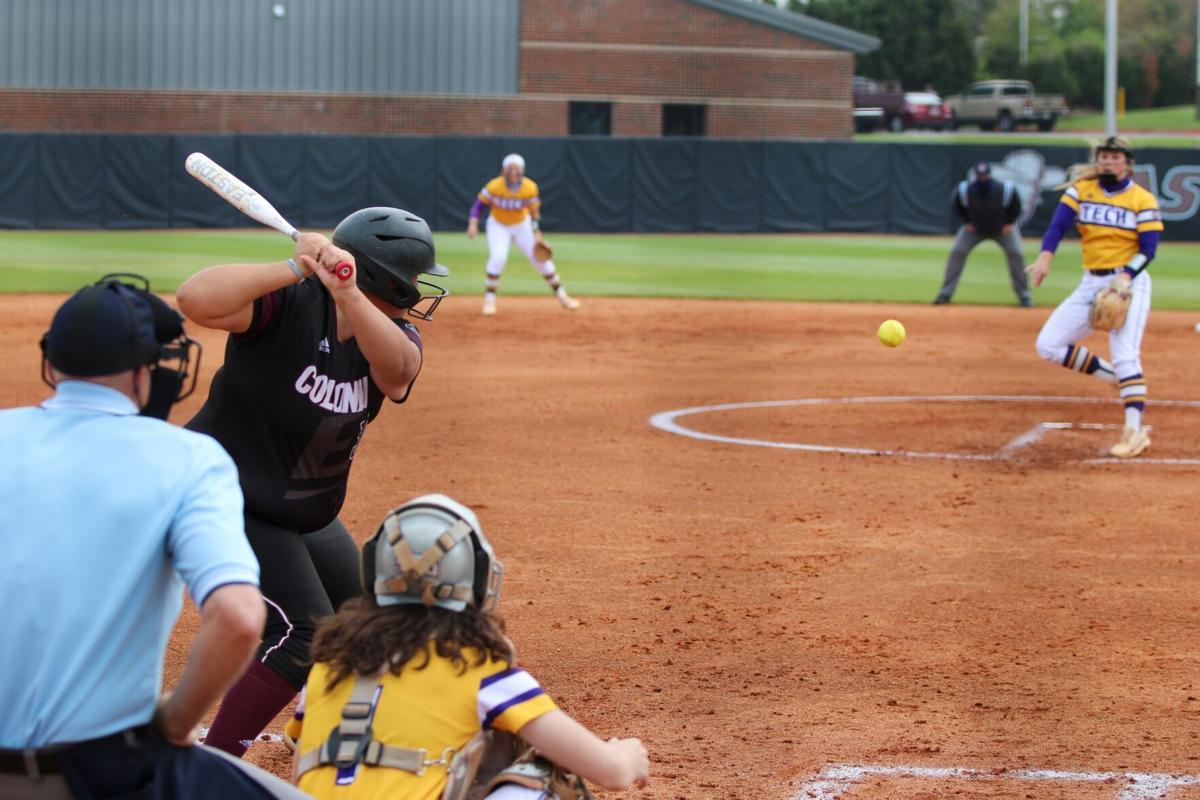 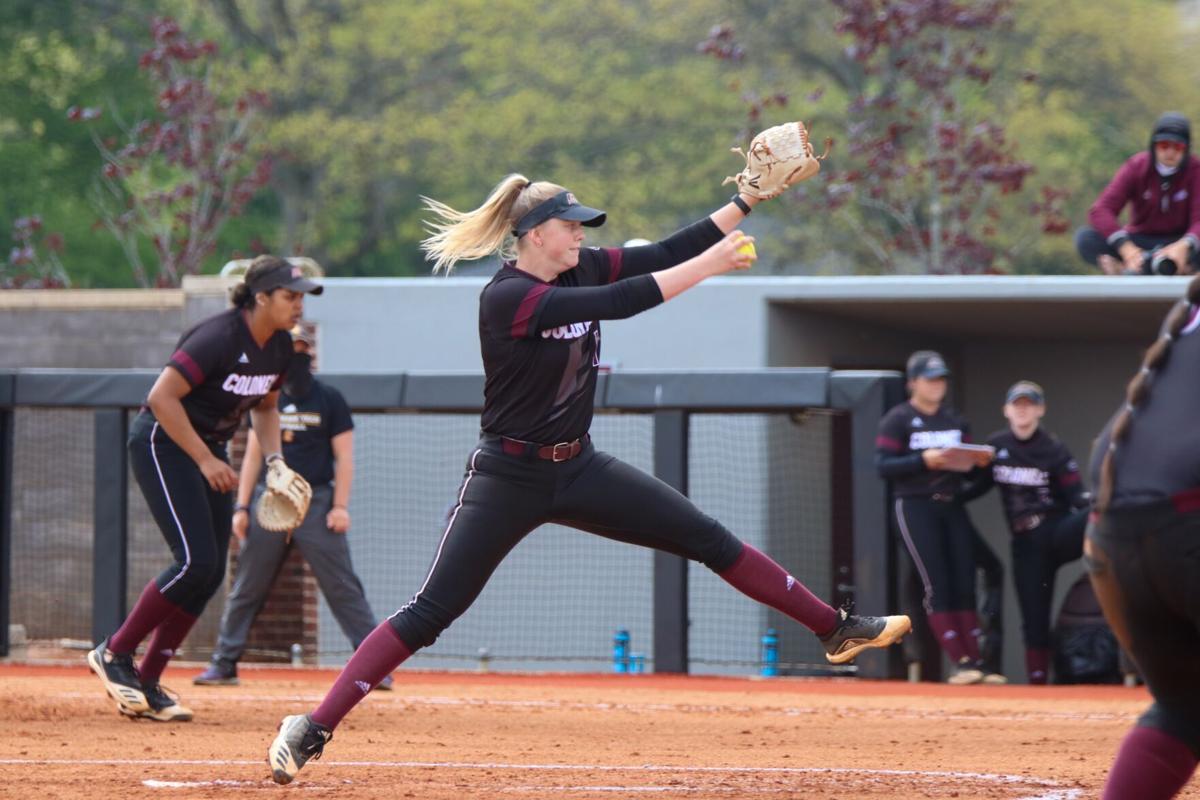 Eastern Kentucky University (left to right) Isabella Gonzalez, Ariyana Miranda and Vianna Barron cheer on their teammates from the side against Tennessee Tech at Gertrude Hood Field.

In game one on Sunday, Zoe Mihalicz hit two home-runs in only three innings and helped the Colonels take the win over TTU, 3-1.

In the second game of the doubleheader, Samantha Reynoso came in to relieve Tori Peterson off the mound and help pitch several outs. Mihalicz let the ball fly again and tallied her third home-run of the day in the bottom of the third to help the Colonels take a 2-0 lead. TTU fired back with a 3-2 lead on the Colonels in the top of the fifth inning.

The Colonels switched up their pitching with Mollie Paulick to get them out of a jam. Carly Robinson delivered a big RBI hit for the Colonels, sending two others home and taking the game, 4-3.

In the final game of the series on Monday, TTU was able to snatch two runs in the first inning. Mihalicz answered back with a big hit to right field that barely missed the wall but was able to send Sammi Miller home, 2-1. Paulick came in for Peterson after the first inning and pitched the entire game.

In the bottom of the sixth inning, the Colonels were able to battle back and started hitting lights out, adding five runs to the board, 6-2. TTU hit a home-run in the top of the seventh inning but it wasn't enough, leading the Colonels to their series sweep, 6-3.

After dominant performances in all three games, Mihalicz was named the Ohio Valley Conference Softball Player of the Week. She had a .667 batting average, four hits, four runs, three home-runs and five RBI’s.

The Colonels rank No. 1 in the OVC standings.

The Colonels will play their final home game of the season next weekend against Eastern Illinois University. First pitch is Saturday at 1 p.m.