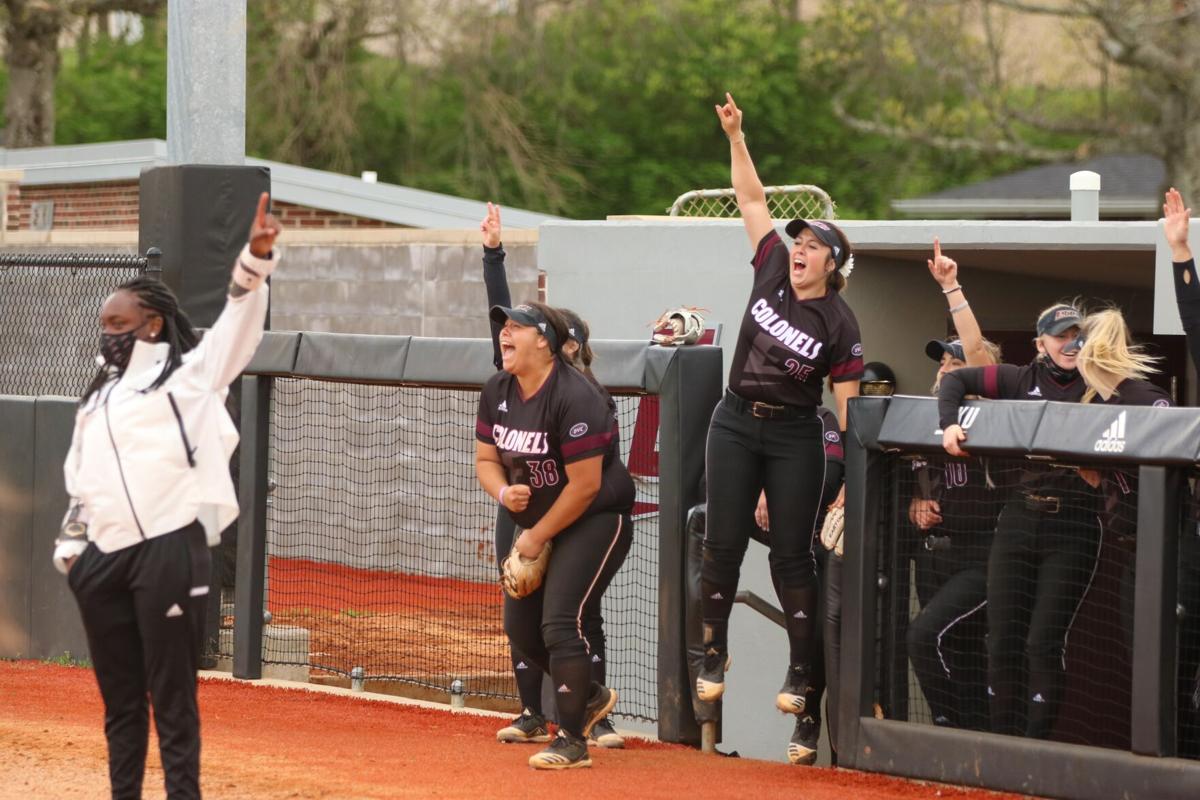 Eastern Kentucky University softball coach and players cheer on the team from the dugout against Tennessee State at Gertrude Hood Field on Sunday afternoon. 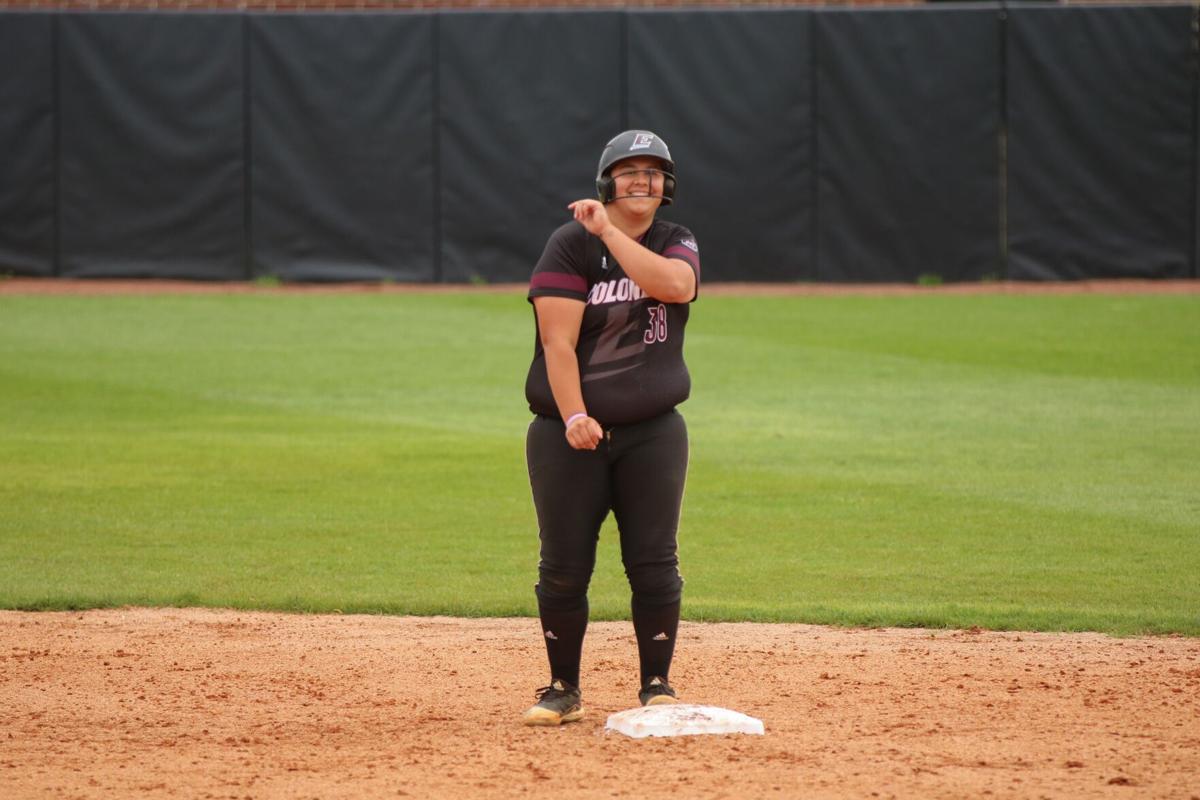 Eastern Kentucky University Isabella Gonzalez celebrates after a big hit that takes her to second base against Tennessee State at Gertrude Hood Field on Sunday afternoon. 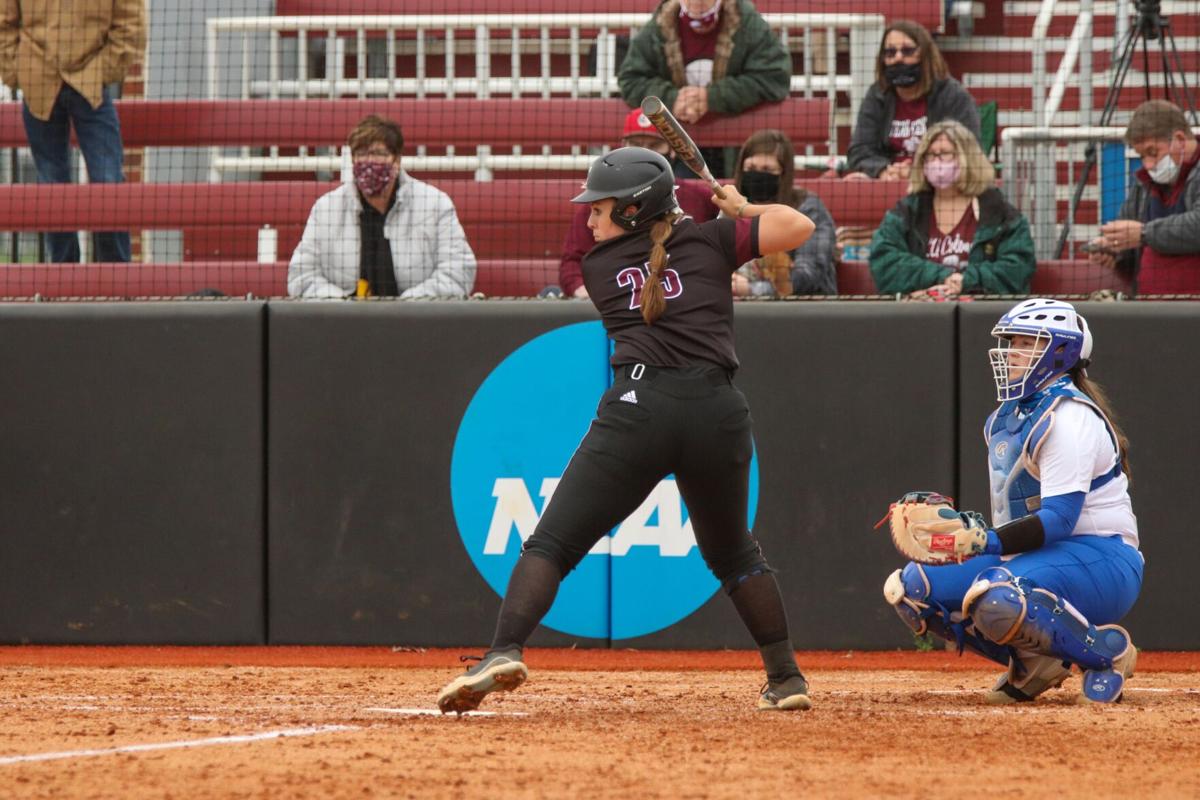 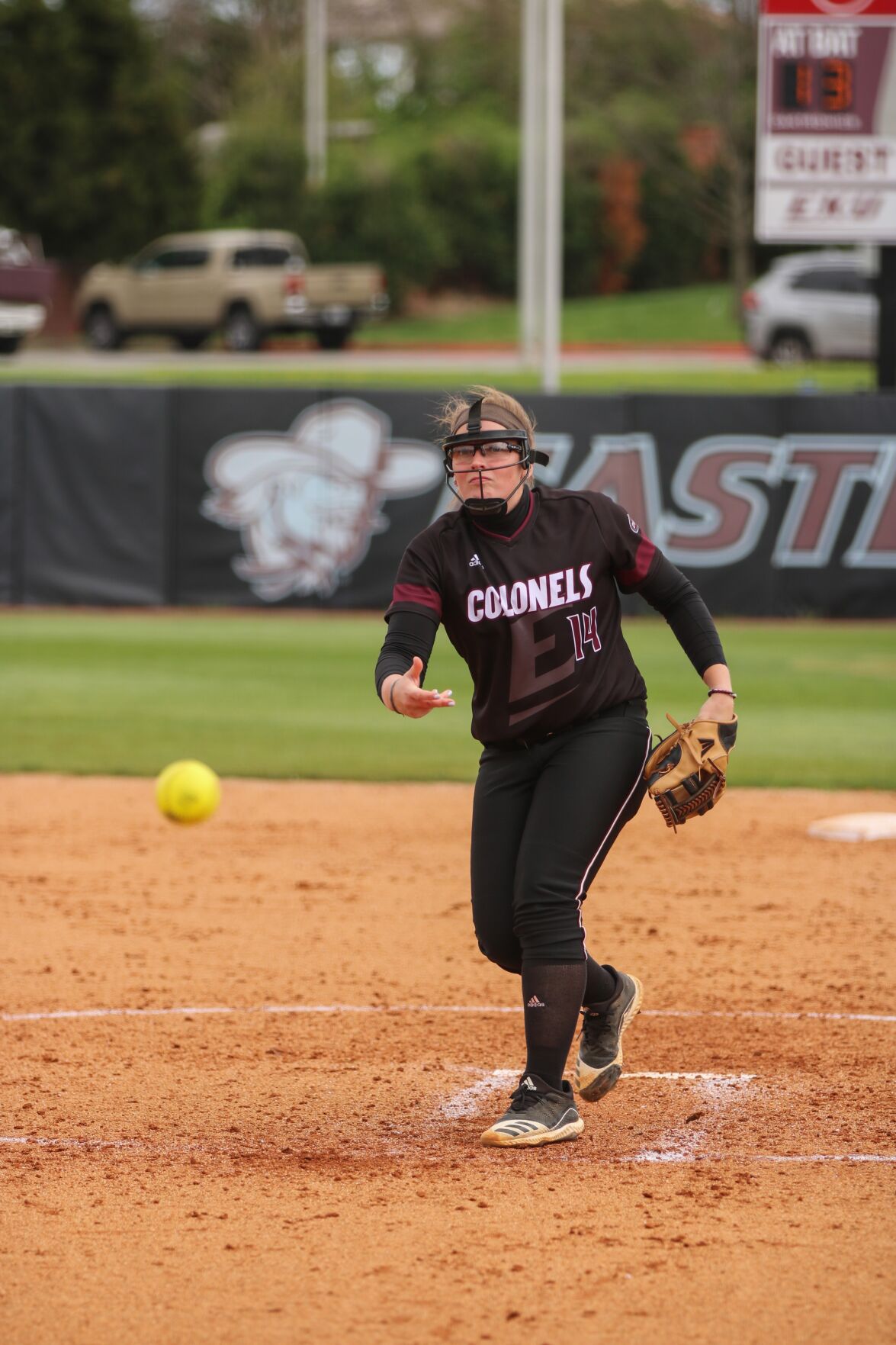 Eastern Kentucky University softball coach and players cheer on the team from the dugout against Tennessee State at Gertrude Hood Field on Sunday afternoon.

Eastern Kentucky University Isabella Gonzalez celebrates after a big hit that takes her to second base against Tennessee State at Gertrude Hood Field on Sunday afternoon.

The Eastern Kentucky University softball team swept the series against Tennessee State on Sunday and Monday at Gertrude Hood Field.

The Colonels started off the first with a slow start but had a strong fourth inning, scoring the majority of their runs. A big hit from Isabella Gonzalez sent Zoe Mihalicz and Lou Bowers to home.

EKU defense was able to keep the Tigers from scoring the rest of the game. The Colonels took the first game of the doubleheader, 4-0.

The second matchup between the two teams started with Mollie Paulick striking out two in the first inning. The bottom of the first, Aryiana Miranda hit one out of the park to get the game started, 1-0. In the second inning, Mihalicz was sent home off of a hit, 2-0.

In the bottom of the fourth inning, Gonzalez hit a home-run, sending Bowers home along with her. Miranda hit her second home-run of the game. The Colonels had a significant lead on the Tigers, 8-0. TSU had a big impact in the top of the fifth but wasn’t enough to overcome, allowing EKU to walk away with a sweep of the doubleheader on Sunday, 9-5.

On Monday afternoon, the Colonels completed the sweep of the series with a 5-0 win over the Tigers. Tori Peterson helped lead the Colonels to their seventh win in a row and second straight sweep in the final game of the series.

Peterson has been named Ohio Valley Conference Co-Pitcher of the Week with one ER, one save, one complete game, one shutout, 12.1 innings of work and nine strikeouts.

The Colonels will take on the University of Kentucky in Richmond on April 14 at 6 p.m.