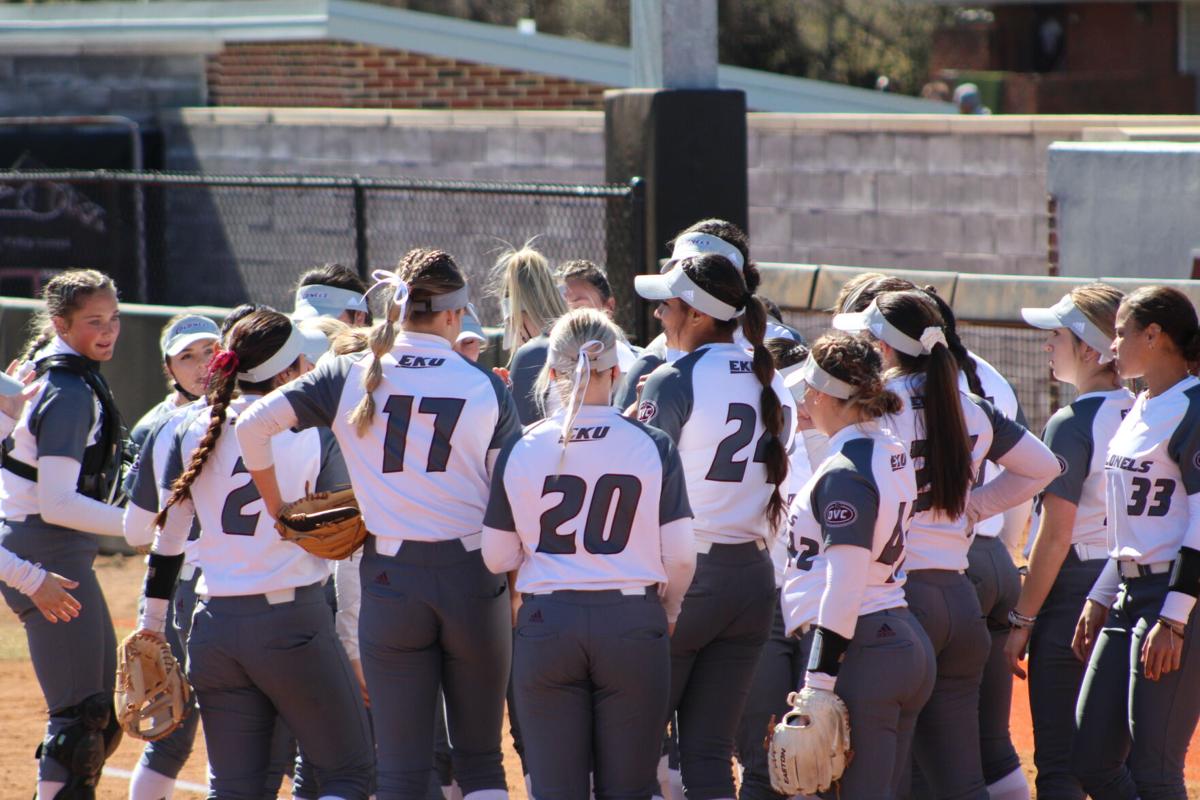 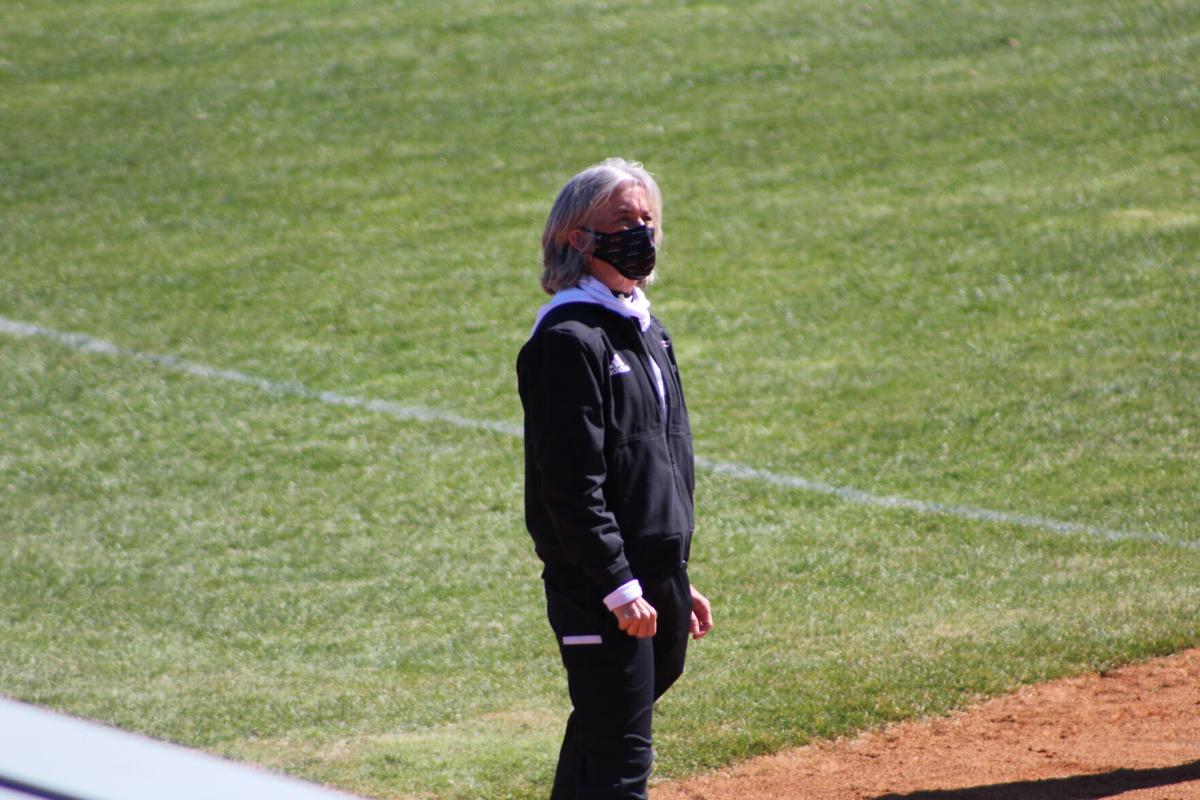 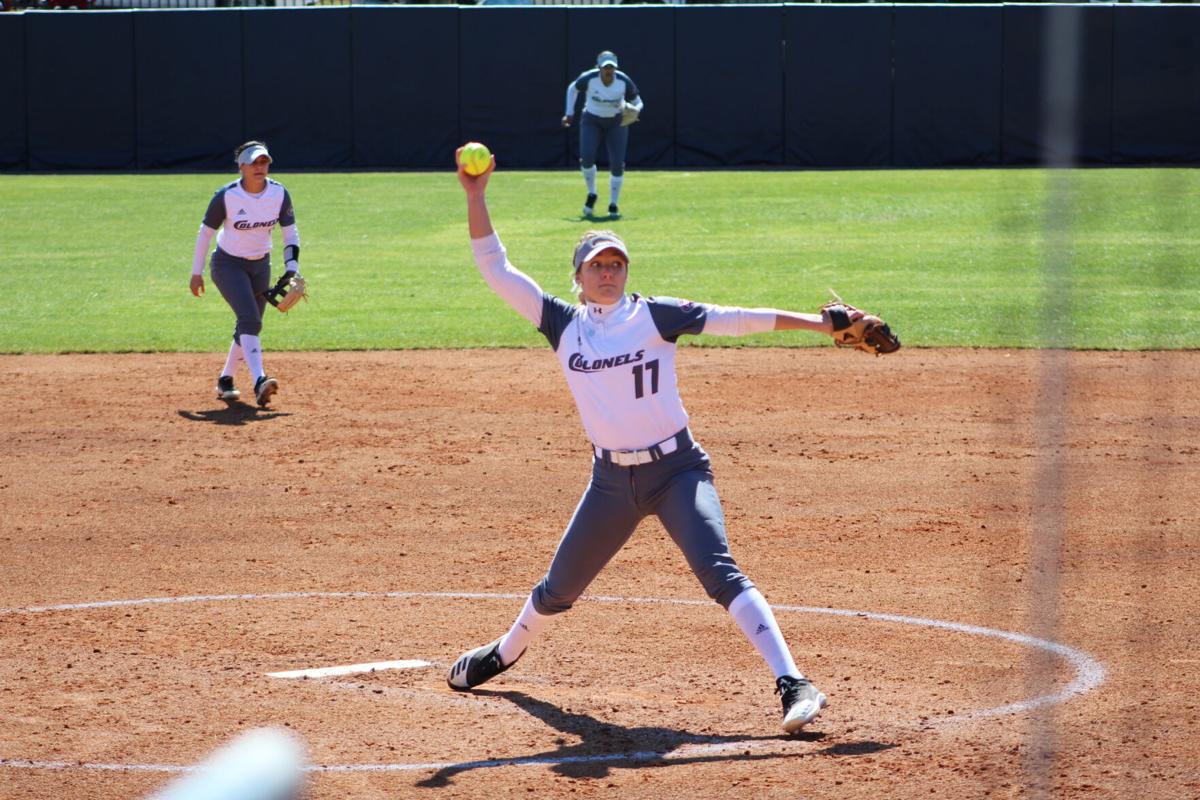 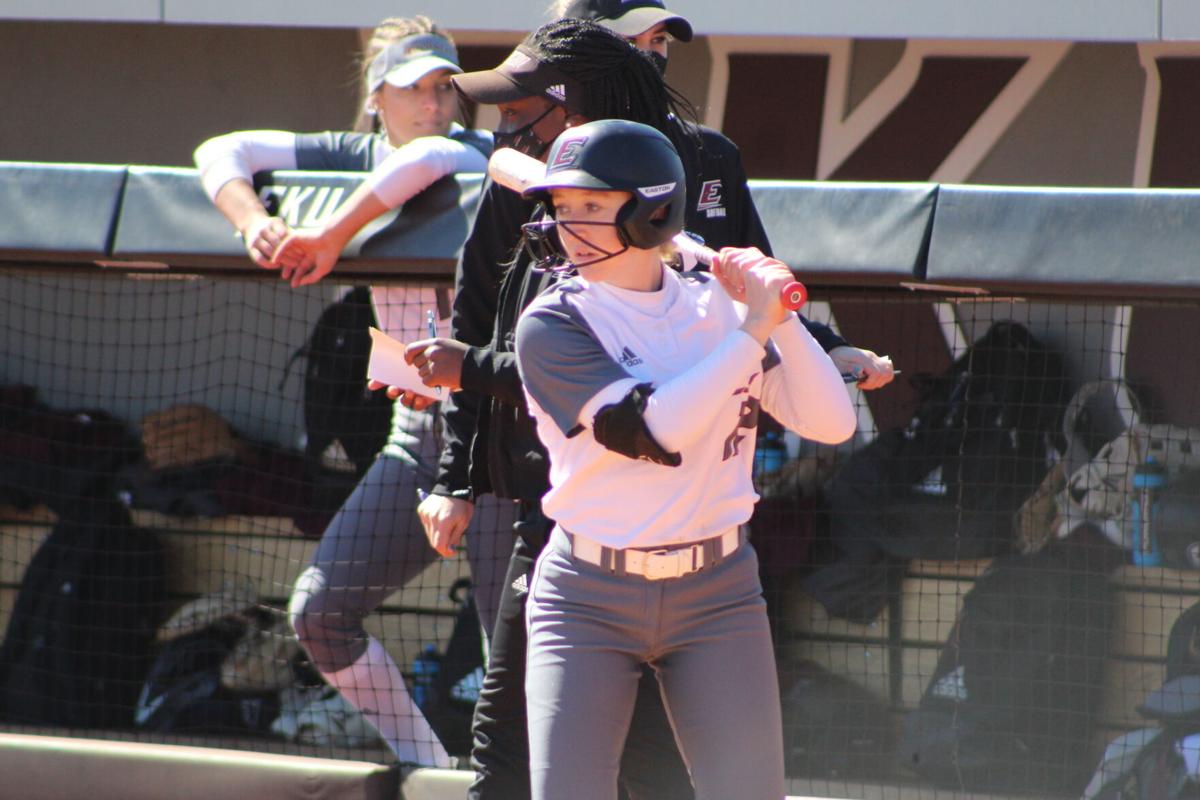 Eastern Kentucky University Morgan Zuege practices before going up to bat against SIUE on March 7 at Gertrude Hood Field. 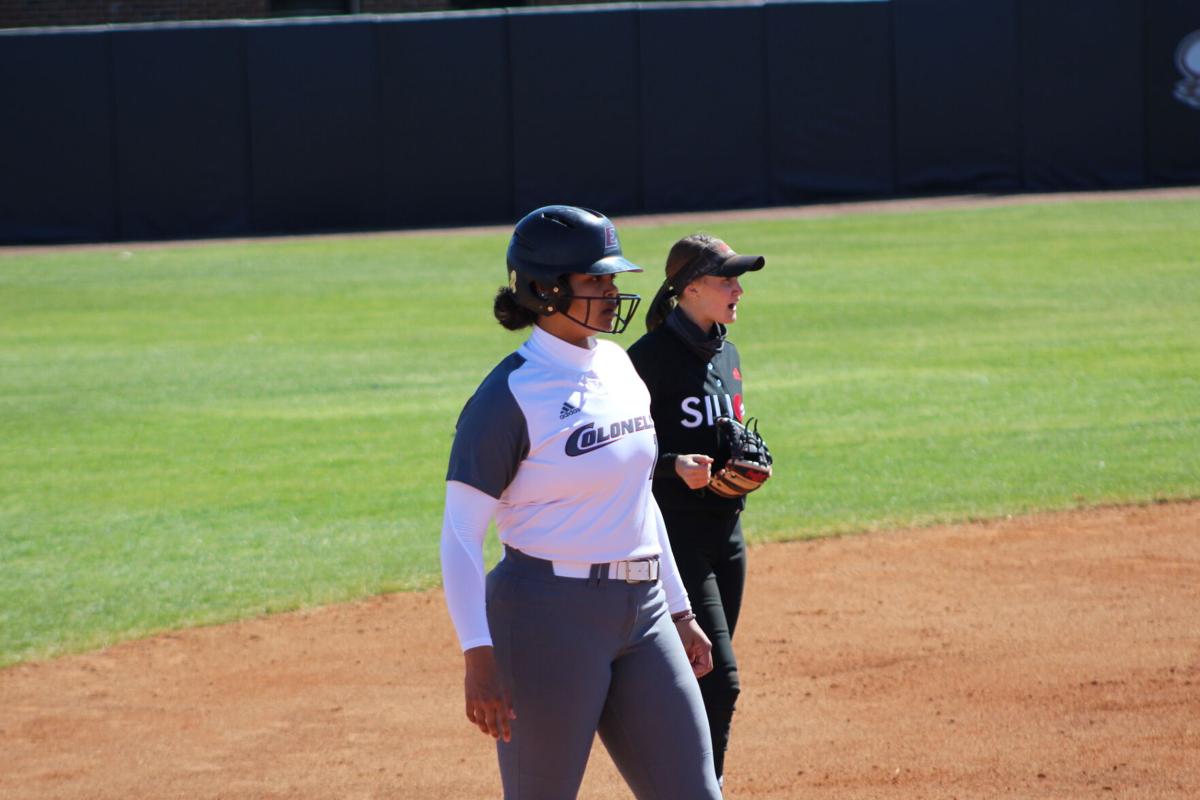 Eastern Kentucky University Carly Robinson prepares to run from third base to home plate against SIUE on March 7 at Gertrude Hood Field.

Eastern Kentucky University Morgan Zuege practices before going up to bat against SIUE on March 7 at Gertrude Hood Field.

Eastern Kentucky University Carly Robinson prepares to run from third base to home plate against SIUE on March 7 at Gertrude Hood Field.

The Eastern Kentucky University softball team ran past Southern Illinois University-Edwardsville in their three game series of their home opener this weekend at Gertrude Hood Field.

SIUE was able to sneak in only two runs on the Colonels in the first game. EKU did the most work in the bottom of the second inning leading 6-1 with a homerun from first baseman Carly Robinson. EKU won the first matchup, 7-2.

The first win against SIUE gave EKU head coach Jane Worthington her 800 career win. Worthington has been with EKU softball since 1993 and has been the only softball coach at EKU. In her 28 years, she has won two Ohio Valley Conference titles, allowing her team to make two appearances in the NCAA tournament.

The Colonels were able to get the first run of the game in the second matchup with SIUE. EKU took a quick lead against the Cougars, leading them 3-0 after the third inning. SIUE got their first run in the top of the fourth but it wasn't enough, allowing the Colonels to take their second home win, 3-1.

The win on Sunday made for the Colonels fifth win in a row. The Colonels improve to a 10-3 overall record and 3-0 in the OVC.

EKU will be heading to Chattanooga, Tennessee to take on the University of Tennessee at Chattanooga on March 10 at 5 p.m.