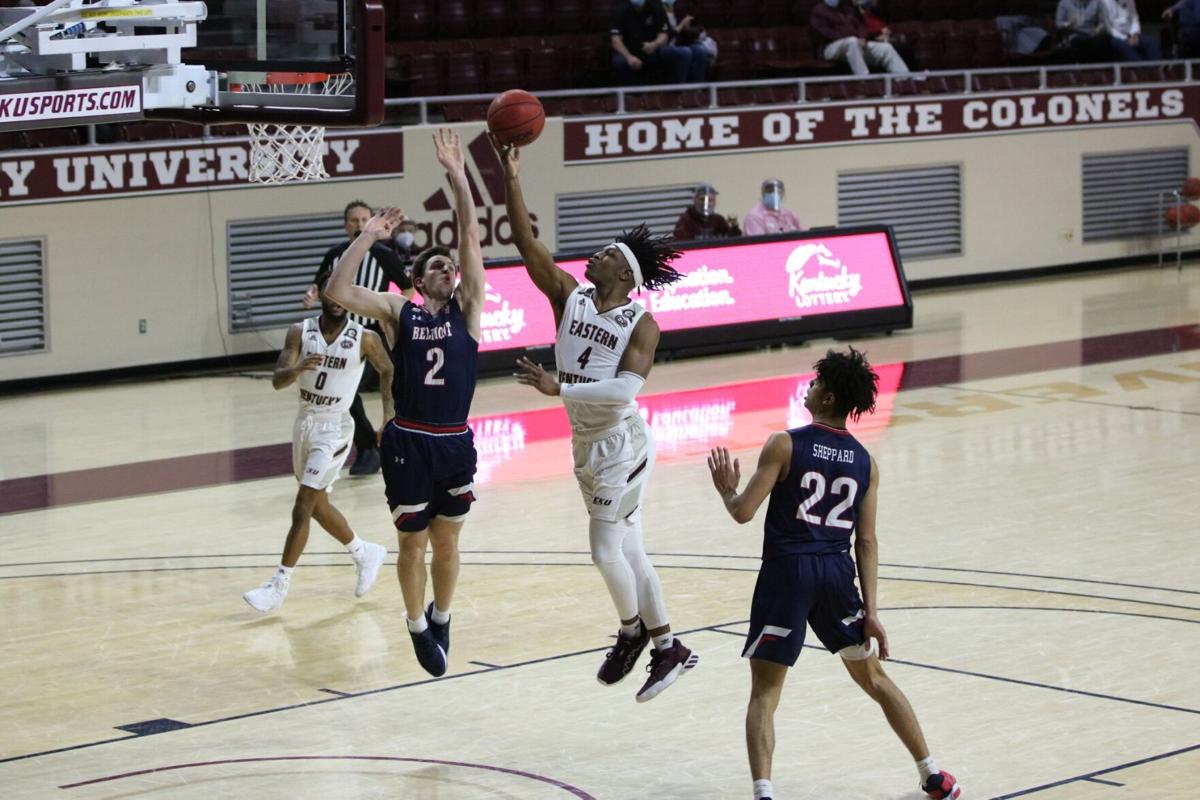 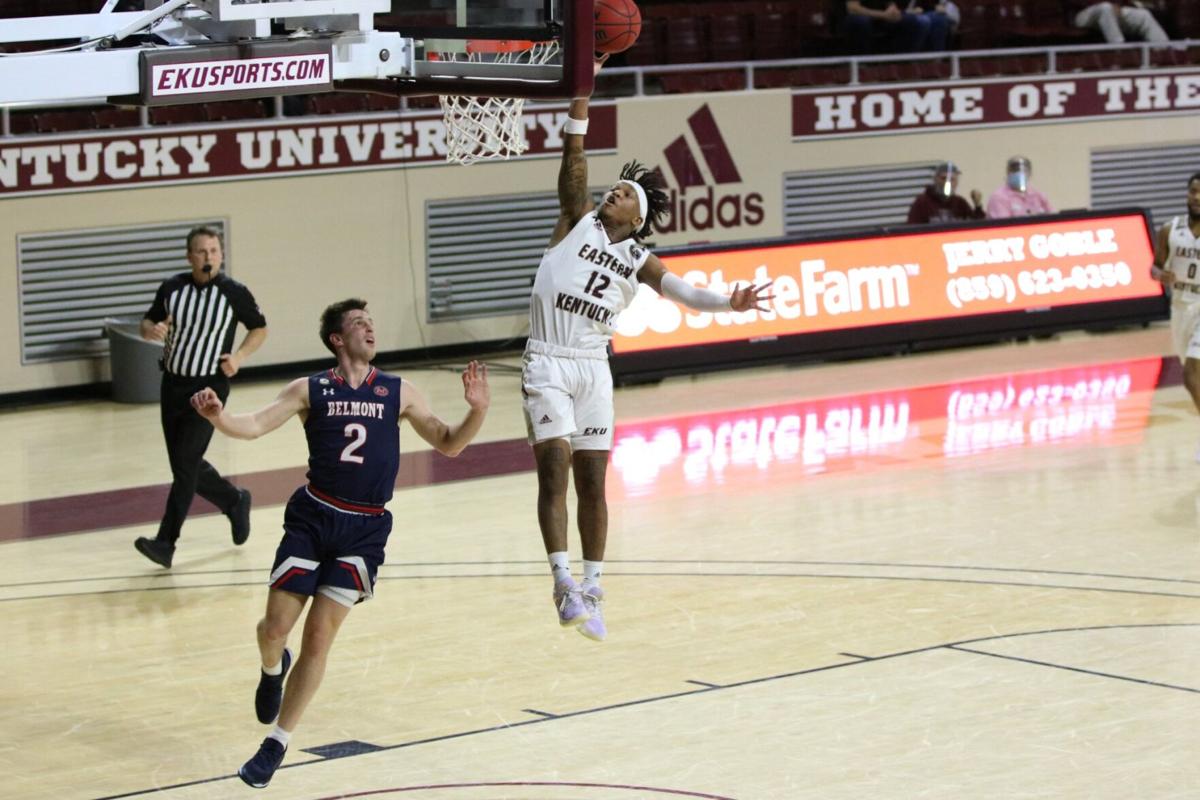 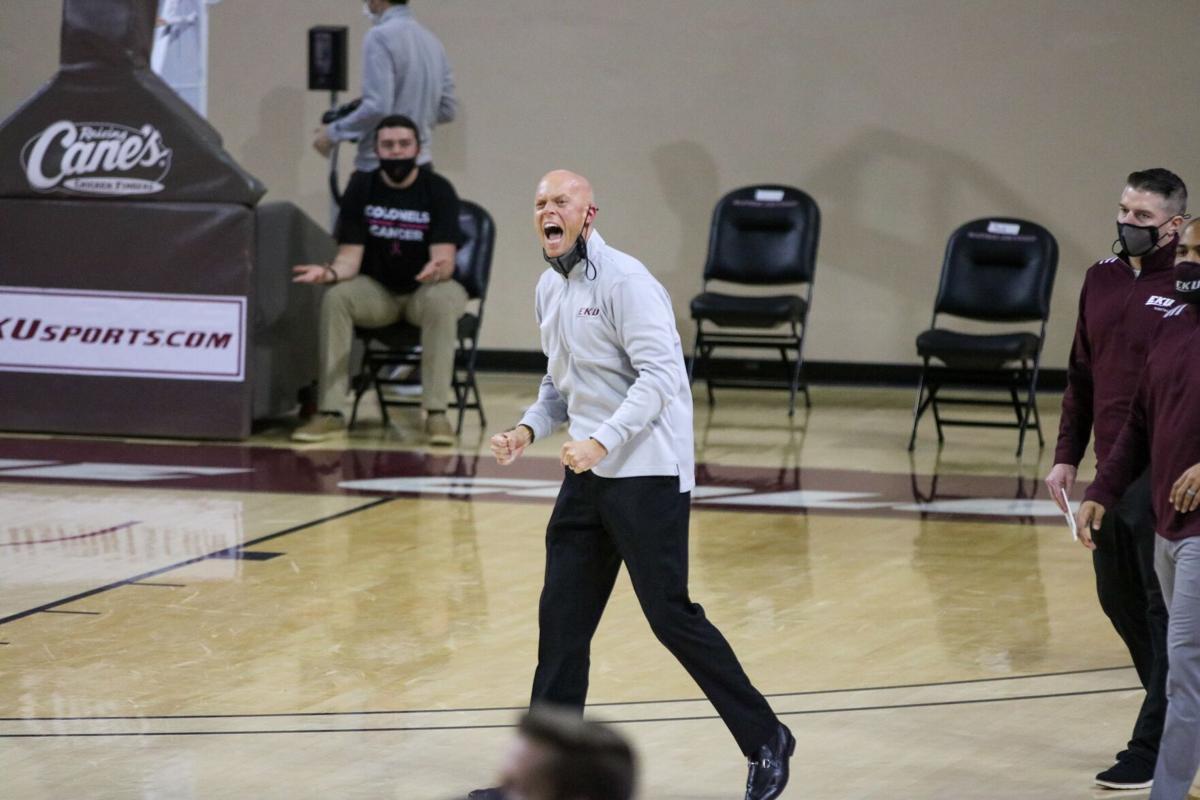 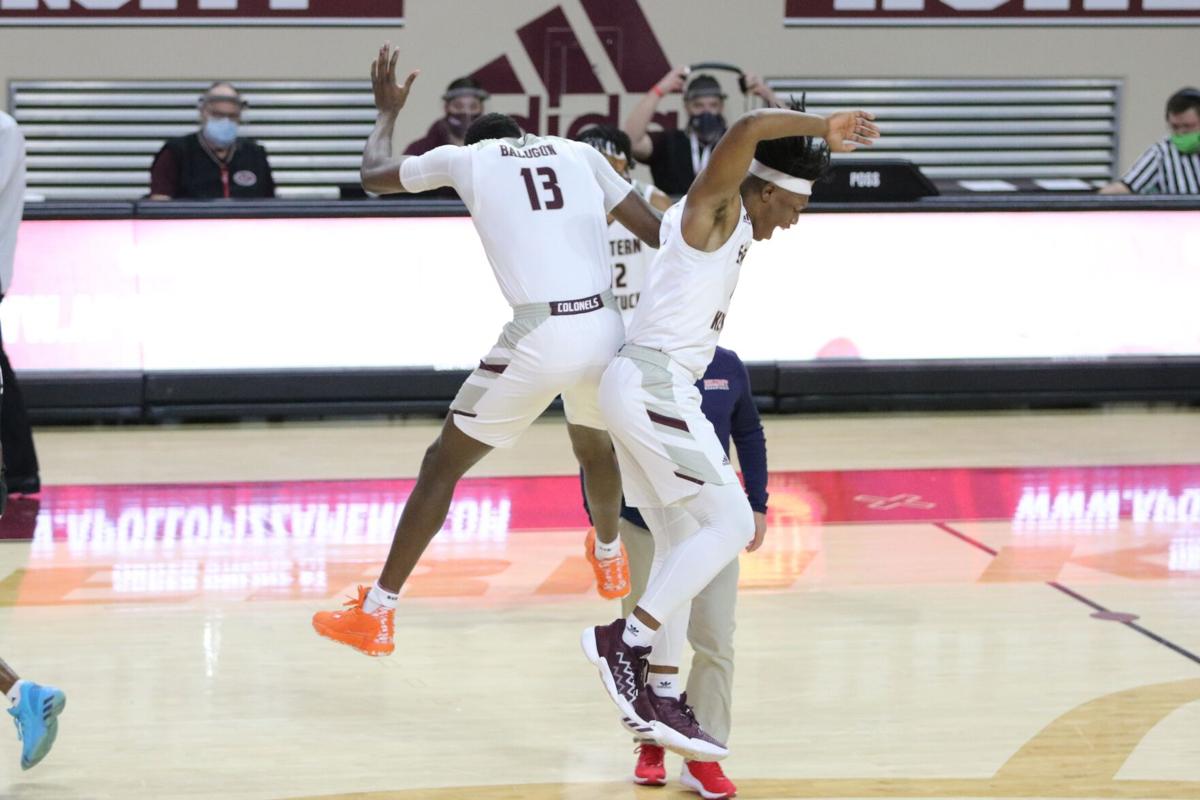 “This was a great team win for us,” head coach A.W. Hamilton said. “We did a great job sharing the basketball.”

Belmont had an 21-game winning streak since December and had not lost to the Colonels in over five years. The Bruins had won 30 straight games against OVC teams, one away from tying the all-time conference record.

“We got a group of guys that really love each other,” Hamilton said. “I’m really proud of this group.”

“We played harder this game,” Lewis said. “Beating them this year was going to be huge.”

Coming out of the half, the Colonels were able to keep the lead against the Bruins and come out with a big win, 81-67.

“This is a great win for a lot of reasons,” Hamilton said. “We’re going to keep doing what we’re doing.”

The Colonels shot 50.7 percent from the field goal range, while holding Belmont to 36.5 percent.

EKU has set a new school record with their 14th Ohio Valley Conference win this season. The Colonels advanced their record to 20-6 and 14-5 in the OVC.

The Colonels will be back in action on Saturday, Feb. 27 at McBrayer Arena for senior night against Tennessee State. Tip-off is scheduled for 7 p.m.