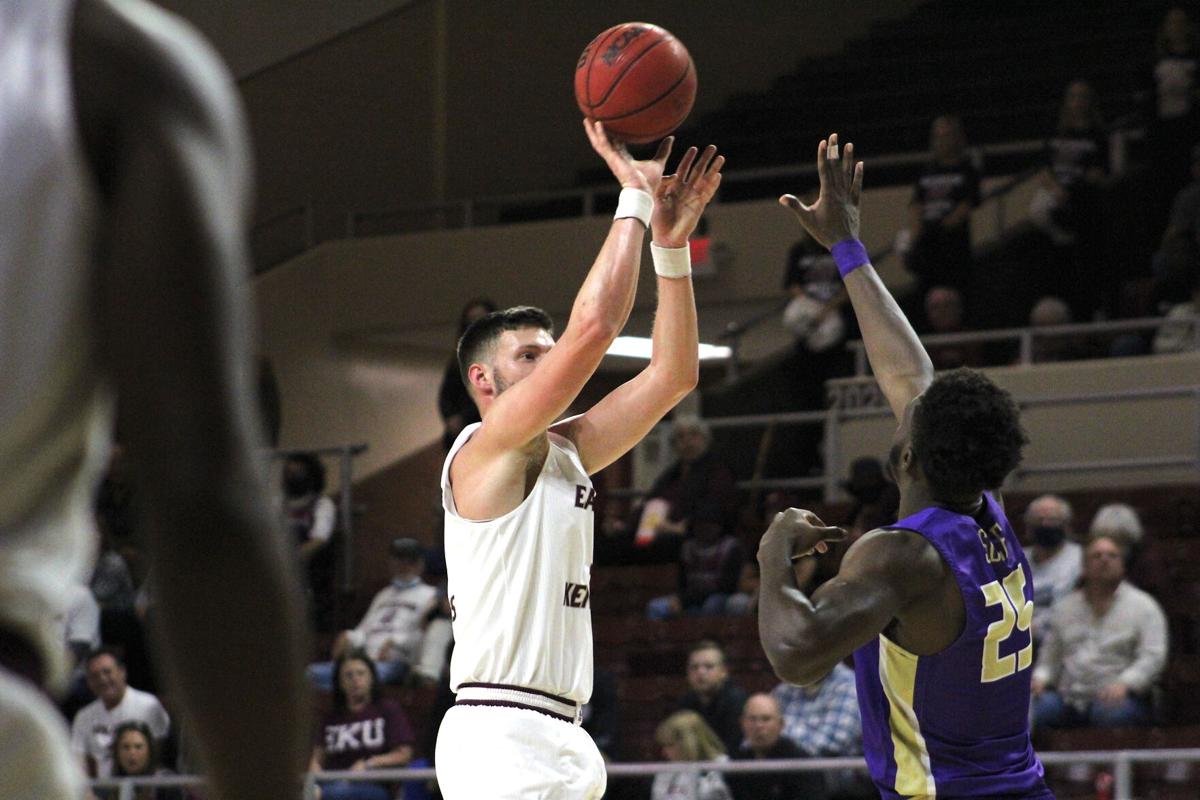 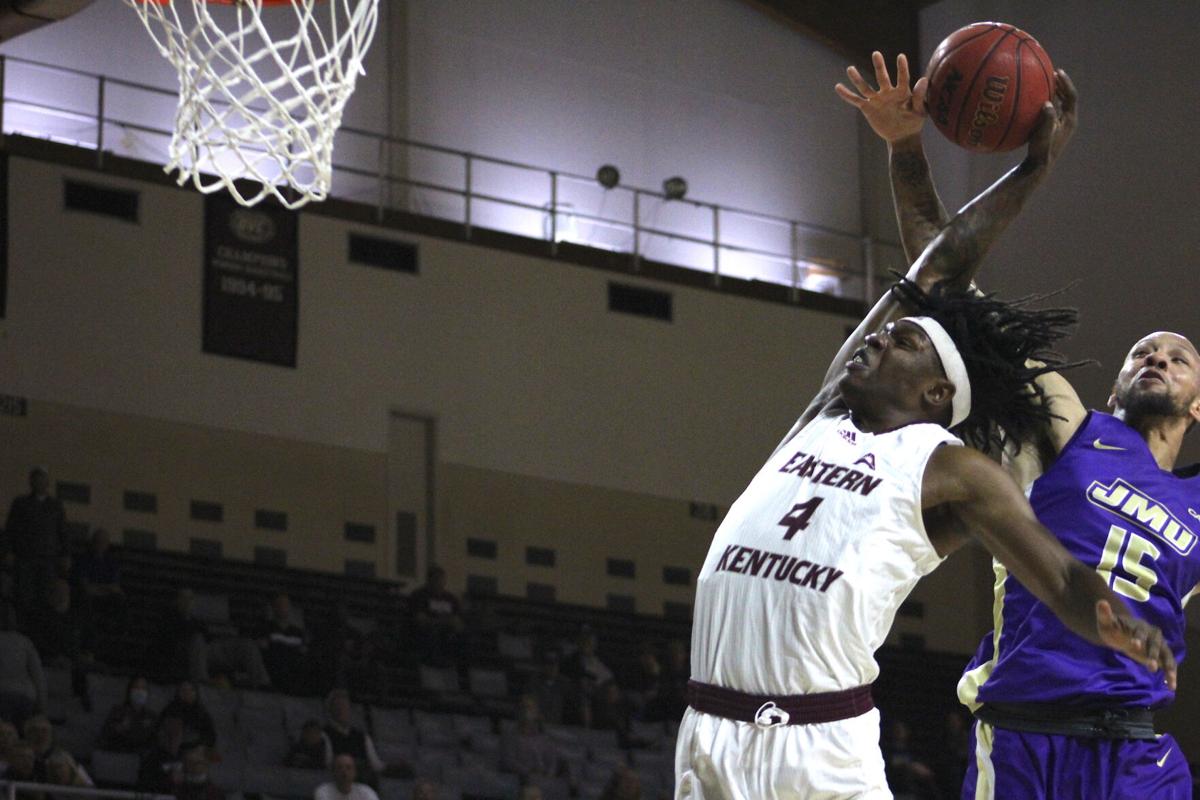 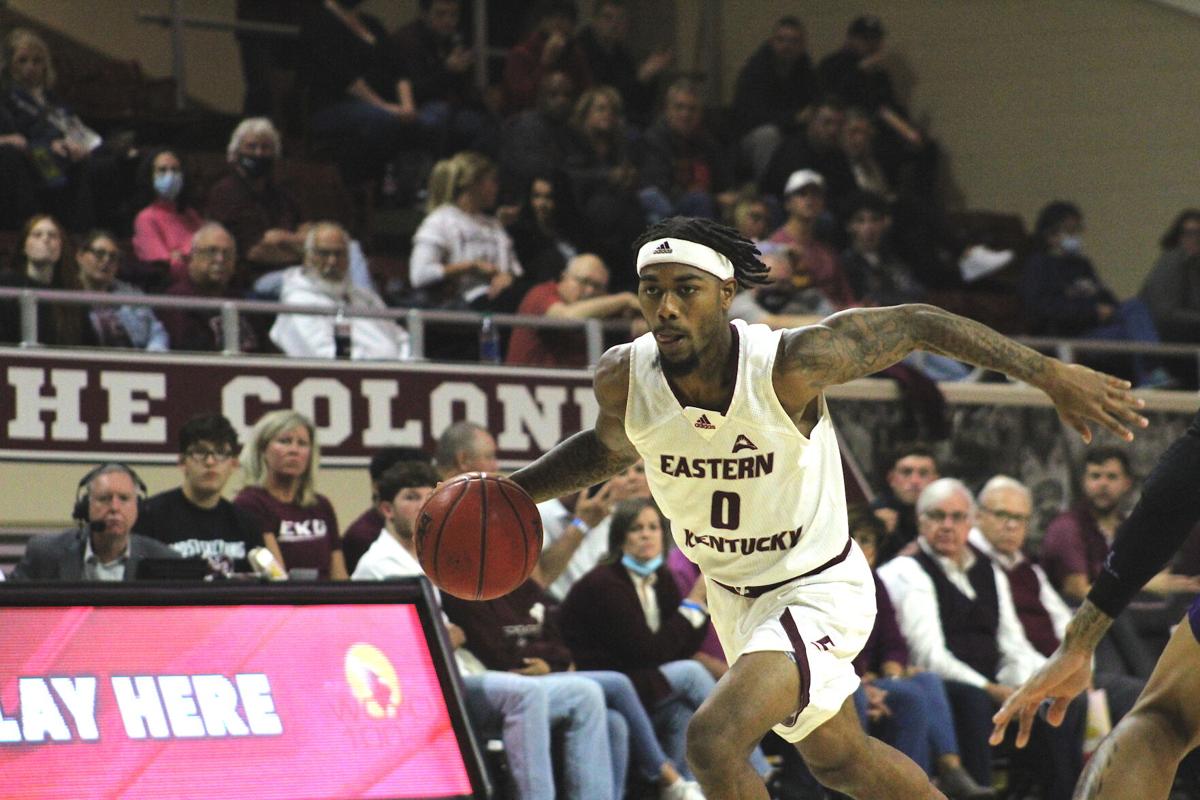 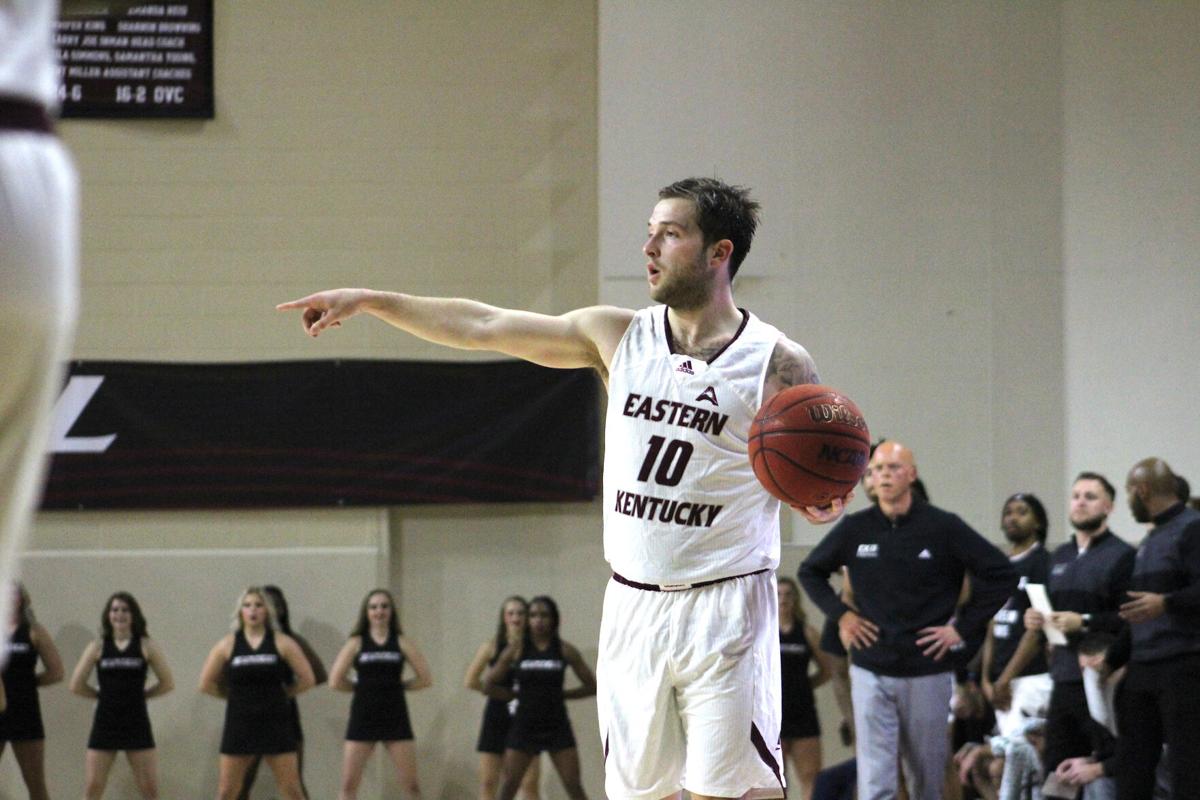 The Eastern Kentucky University men’s basketball team welcomed James Madison to McBrayer Arena on Tuesday night. This was the Colonels third home game of the 2021-22 season. The Colonels fell in a long battle against the Dukes, 79-78.

“It hurts but what I told the guys, in every loss like that there’s a blessing and there’s a lesson to be learned and we’re going to learn it because we got a really great group of guys,” head coach A.W. Hamilton said. “We did what we had to do, we just got to finish the game… we got some things we’ve got to clean up but I’m proud of our effort. I don’t want those kids to hang their heads because they’ve got a lot to be proud of.”

Forward Michael Moreno opened up the night with a shot from beyond the arc for the Colonels.

There were battles from both sides of the court the entire first half but EKU was able to capitalize off of their 16 rebounds, six steals and four blocks.

The Colonels went into the locker room with a 48-40 lead on the Dukes. Forward Jannson Willaims led the Colonels in the first half with 18 points, followed by guard Jomaru Brown with 10 points. EKU shot 45.7 percent from field goal range and 47.1 percent from beyond the arc.

Williams came out and continued to drain shots beyond the arc but fouled out late in the second half.

The Dukes kept it within five points of the Colonels for the majority of the second half.

With less than two minutes left and tied for the first time of the night at 75, a three-pointer from guard Braxton Beverly put the Colonels ahead, 78-75. Soon after on defense, a steal from Brown allowed EKU to take the ball back.

The Colonels were unable to get off a shot in the last full possession. After two timeouts from the Dukes, their defense pressure was man to man with only 13 seconds left. Cooper Robb then turned over the ball on an inbound pass to Moreno, which allowed JMU to take the lead on a last second shot, 79-78.

“This was a competitive game, you look at James Madison and they’ve got a tough team,” Hamilton said. “When you get two good teams and it’s really competitive, everybody’s fired up… we lost our focus right there at the end for a brief second and when you lose it for a brief second, you can lose the game.”

The Colonels move to 3-1 on the season and look to bounce back on Saturday, Nov. 20 against University of Albany in the EKU Hoops Invitational at McBrayer Arena. Tip is set for 7:30 p.m.