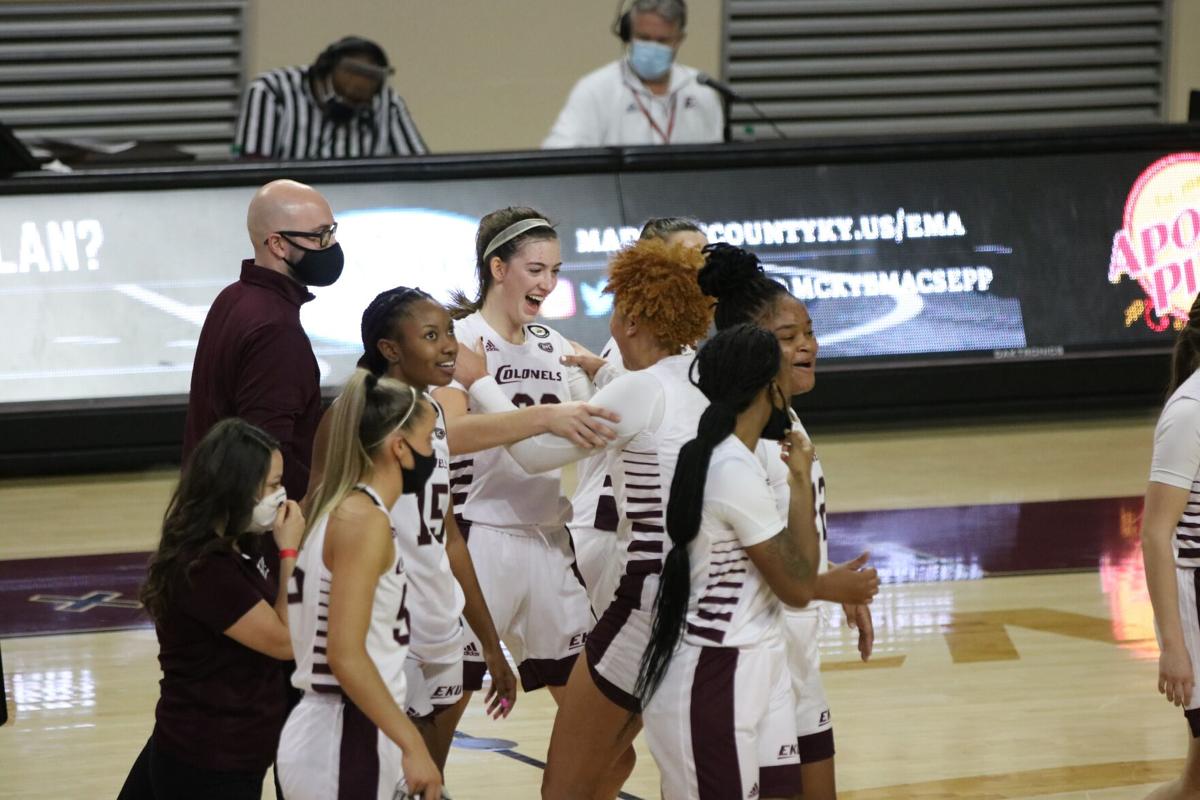 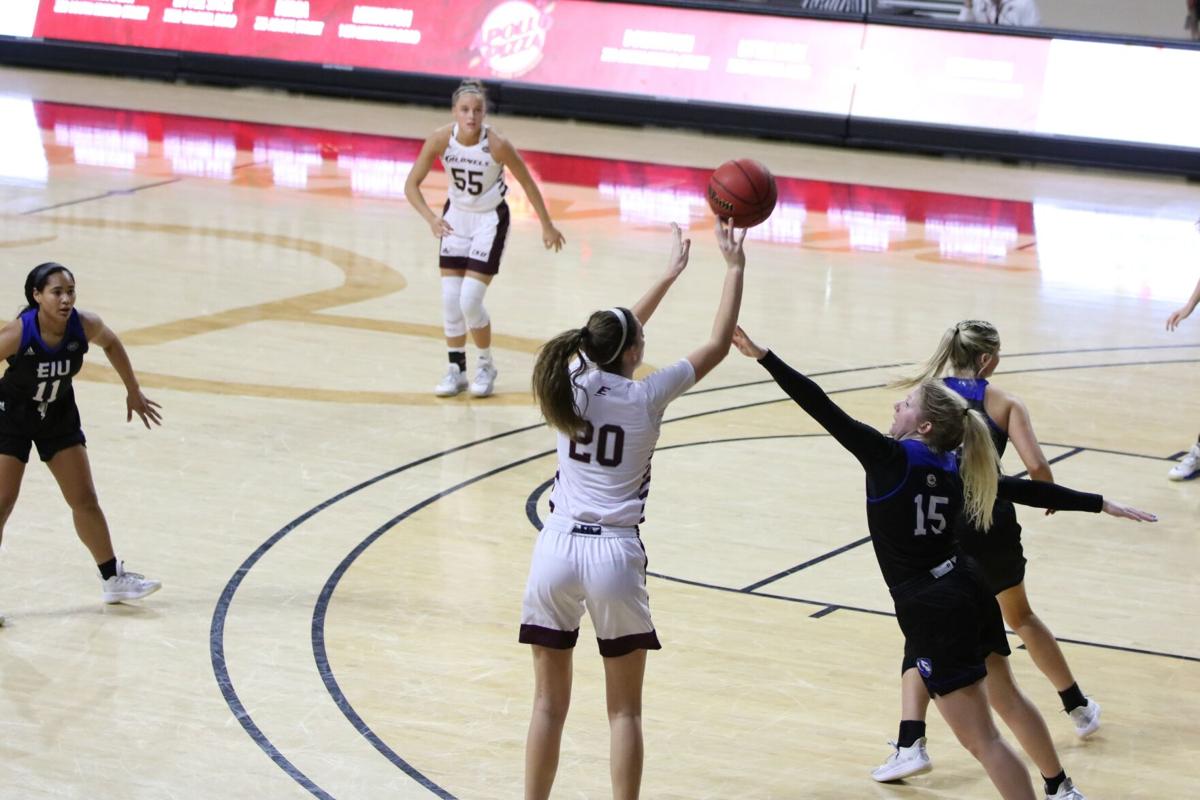 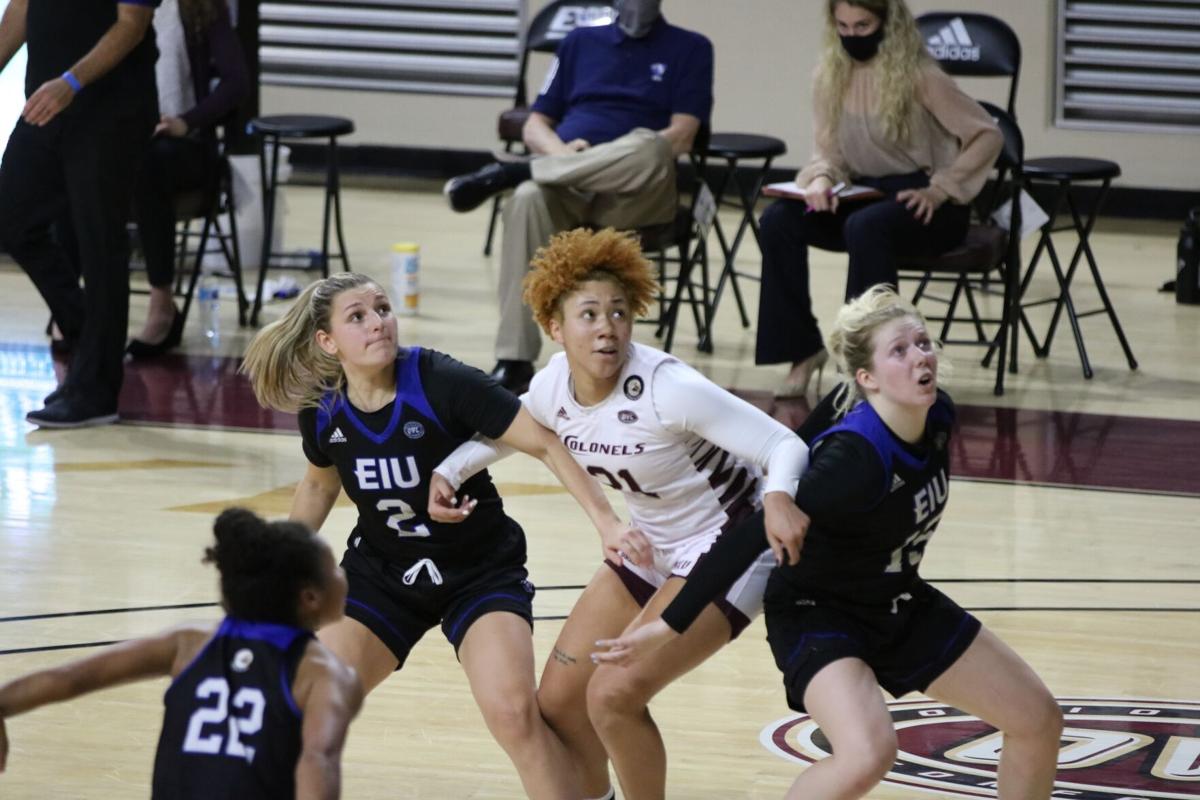 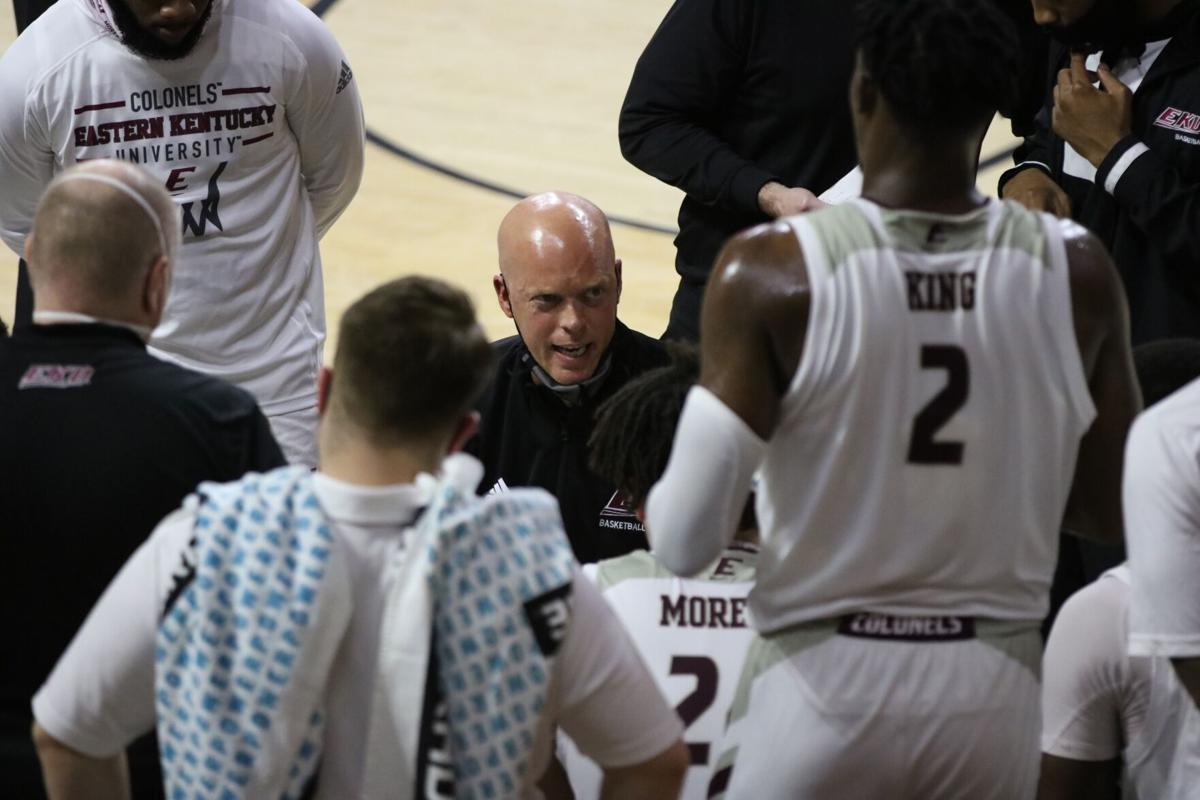 Eastern Kentucky University men's head coach A.W. Hamilton and the team during a timeout against Eastern Illinois on Dec. 30 at McBrayer Arena. 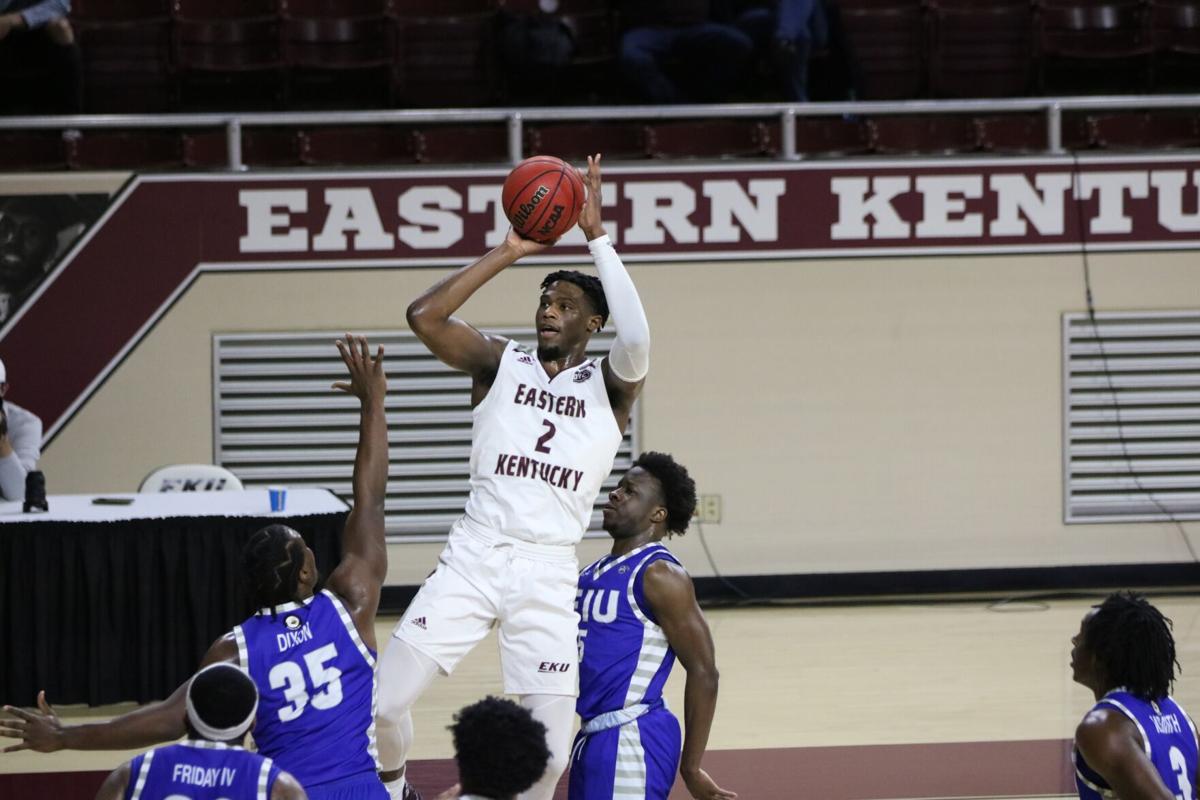 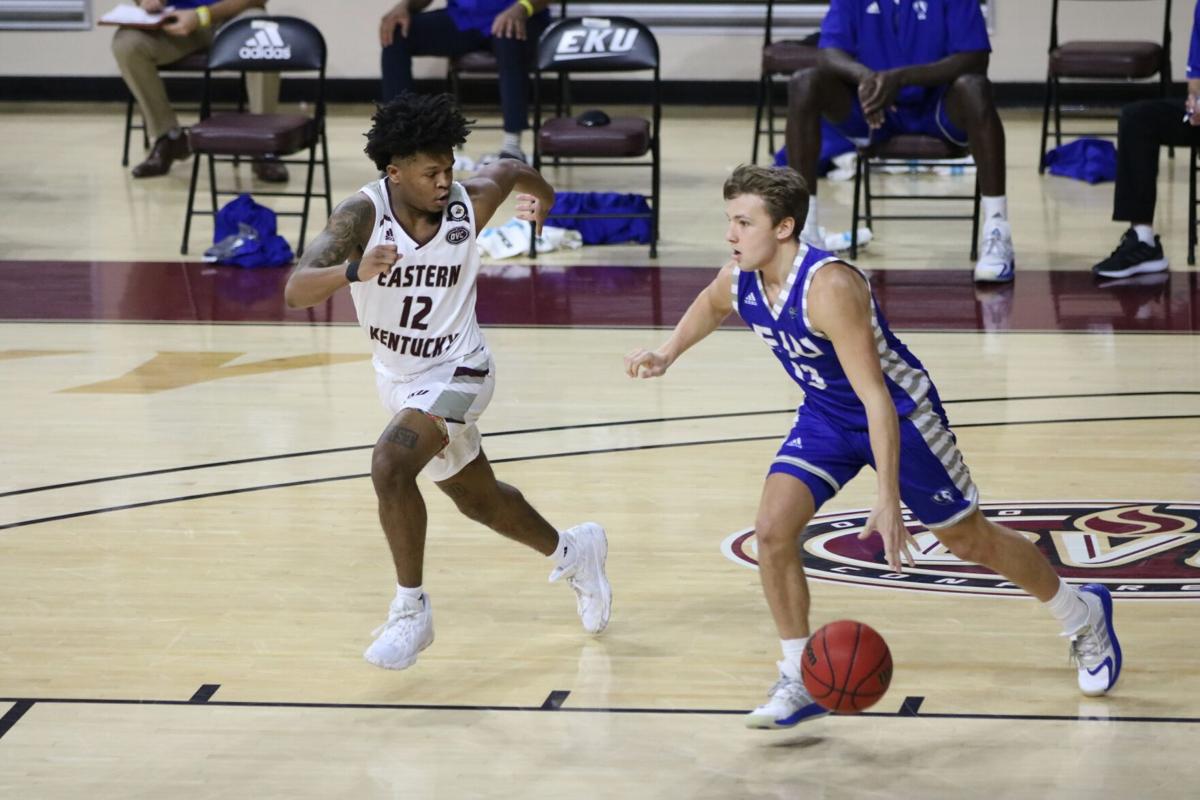 Eastern Kentucky University men's head coach A.W. Hamilton and the team during a timeout against Eastern Illinois on Dec. 30 at McBrayer Arena.

The Eastern Kentucky University men’s and women’s basketball teams both came out on top against Eastern Illinois on Wednesday night.

The EKU women’s team started off the game down against EIU going into halftime, 43-35.

“I’m going to have nightmares tonight about those turnovers, that’s something we’re definitely going to have to clean up,” head coach Samantha Williams said.

Coming out of halftime, they meant business with 10 less turnovers in the second half. This allowed the Colonels to overcome the Panthers, 80-69.

“It was one of those nights that shots were falling, coach said keep your feet set and let it fly and that’s kind of what I did,” Emma Hacker said.

Hacker had her best night of the season shooting 100 percent from beyond the arc, scoring a career-high 22 points. Along with her seven rebounds, three assists, two blocks and two steals.

The EKU men’s team had a slow start to the game but were able to stay on top before halftime, 43-36.

“They came in here and they challenged us… but I was really proud of us… Tre King is the most improved player on our team,” head coach A.W. Hamilton said.

The second half was a back and forth game between the Colonels and the Panthers with steals and fouls being made. EKU was able to keep their lead and secure the win, 69-61.

“Once we got settled down in the second half and calmed down and got our composure, things started to come together for us,” Tre King said.

King was the leading scorer for the Colonels securing 22 points, 12 rebounds and two steals.

Eastern Kentucky held the Panthers to 33 percent shooting on the night and forced 24 turnovers. EKU shot 44 percent from the field for the game and turned those EIU turnovers into 23 points.

The men’s team improves to 2-1 in the OVC while the women’s team remains undefeated in conference play 3-0.

The EKU men’s and women’s basketball teams will take the road to Austin Peay on Jan. 2. The women’s game is at 2 p.m. while the men’s is scheduled for 5 p.m.