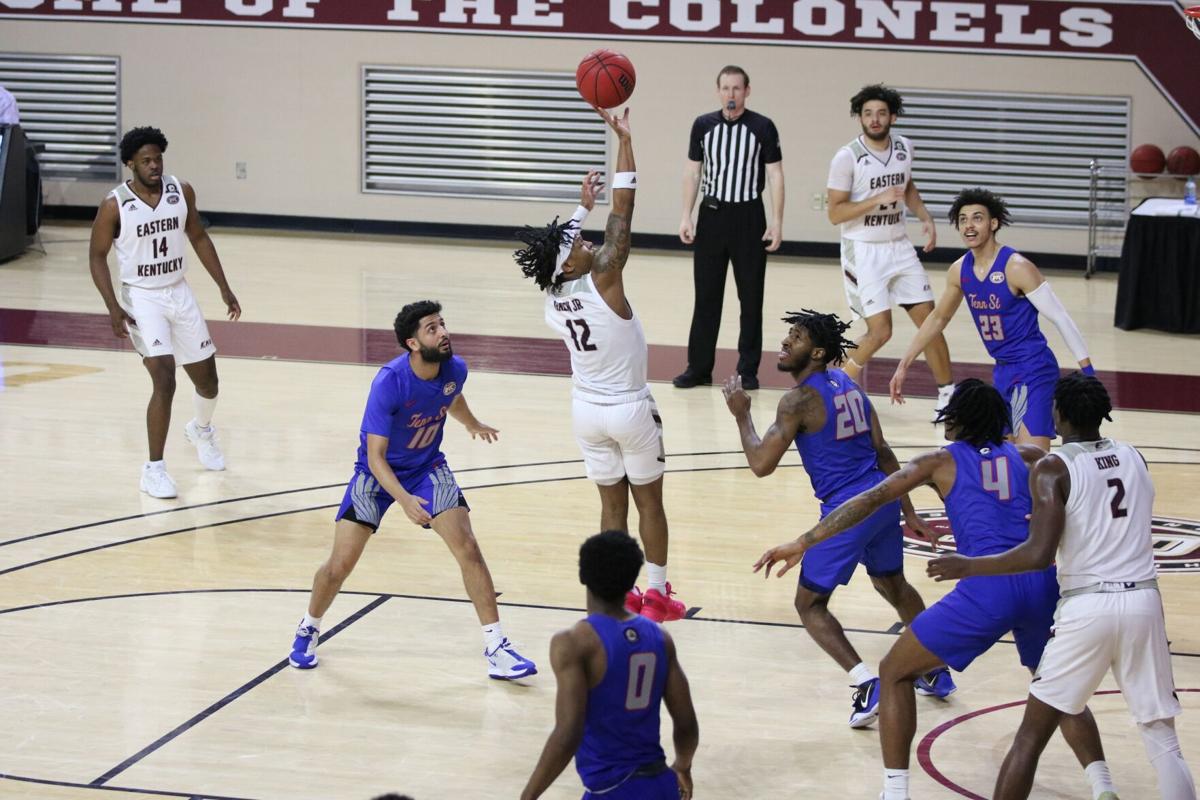 Eastern Kentucky University guard Wendell Green Jr. drives through the middle and shoots a jump shot between some defenders against Tennessee State on Feb. 27 at McBrayer Arena. 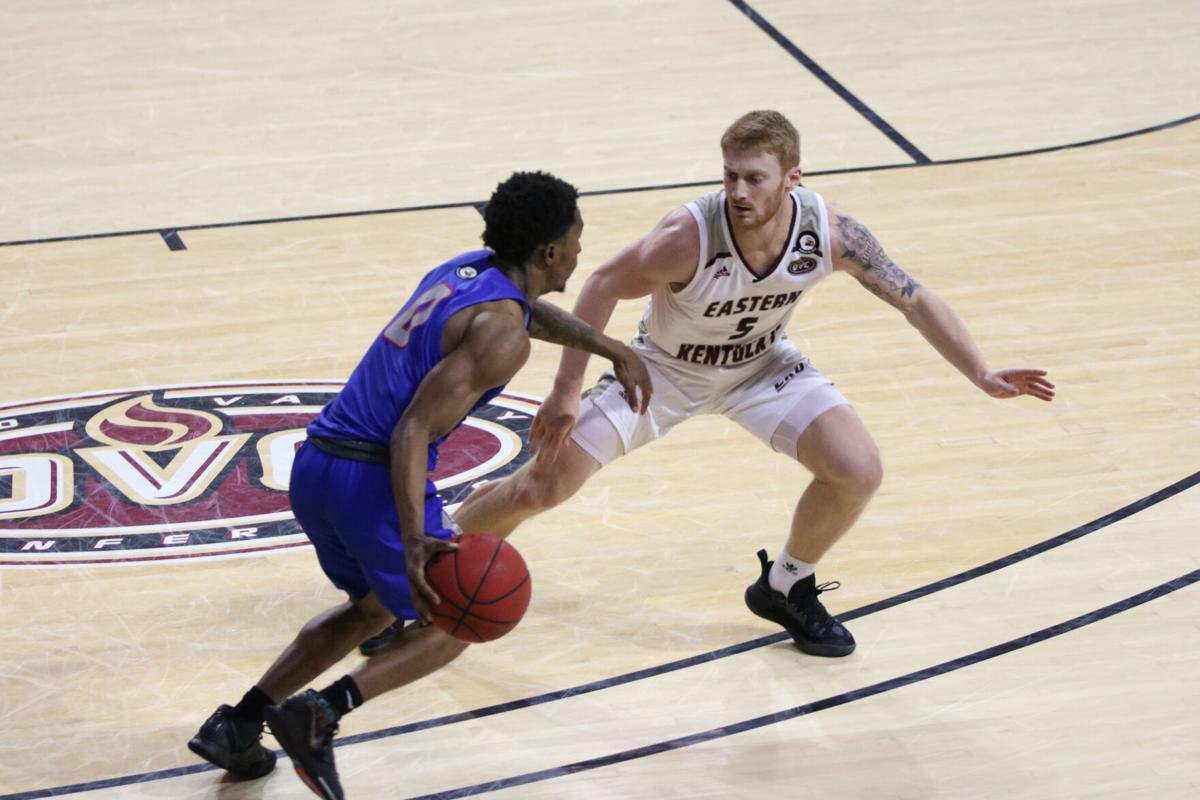 Eastern Kentucky University guard Wendell Green Jr. drives through the middle and shoots a jump shot between some defenders against Tennessee State on Feb. 27 at McBrayer Arena.

The Eastern Kentucky University men’s basketball team will travel to the Ohio Valley Conference tournament in Evansville, Indiana after falling to Belmont in the semifinals last season.

The Colonels are No. 3 seed in the tournament and will take on No. 6 seed Austin Peay in the quarterfinals on March 4. Tip-off is set for 9:30 p.m. CT. The game will be aired live on ESPN+.

“We’re the three seed and I’m proud of our guys for earning that seed,” head coach A.W. Hamilton said.

The Colonels first traveled to Clarkesville, Tennessee on Jan. 2 to take on Austin Peay this season. EKU was able to fight past the Governors, 80-75.

The second go around, the Colonels hosted the Governors on Feb. 4 at McBrayer Arena. Austin Peay was able to sneak past the Colonels, 94-79.

“They’ve got a great coach, they play really hard and they compete,” Hamilton said. “It will be a huge challenge for us.”

Hamilton said the team plans to practice and prepare for their matchup against Austin Peay.

The Colonels broke several school records this season, including the most OVC wins with 14 last Thursday in their upset against Belmont.

EKU guard Wendell Green Jr. has been the OVC freshman player of the week five times this season. Green Jr. ranks second in the OVC in assists (5.1-per-game), seventh in free throw percentage (76.8 percent) and ninth in scoring (15.0 points-per-game) and steals (1.5-per-game).

Green Jr. has had both a 30-point game (Jan. 2 at Austin Peay) and a 15-assist performance (Jan. 9 v.s. Tennessee Tech). Among freshmen, the 30 points are the seventh-most nationally while his 15 assists are the most by a freshman in 2020-21 (and second-most by any player).