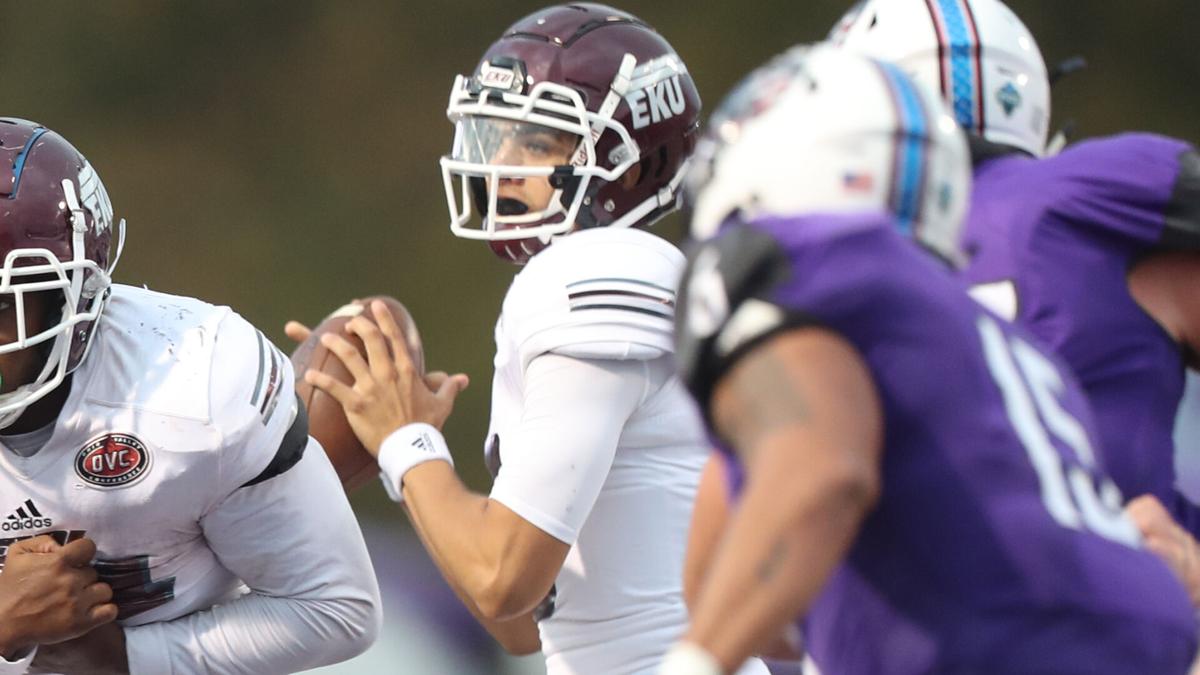 Eastern Kentucky University quarterback Isaiah Velez looks for an open receiver against the University of Central Arkansas on Nov. 14. 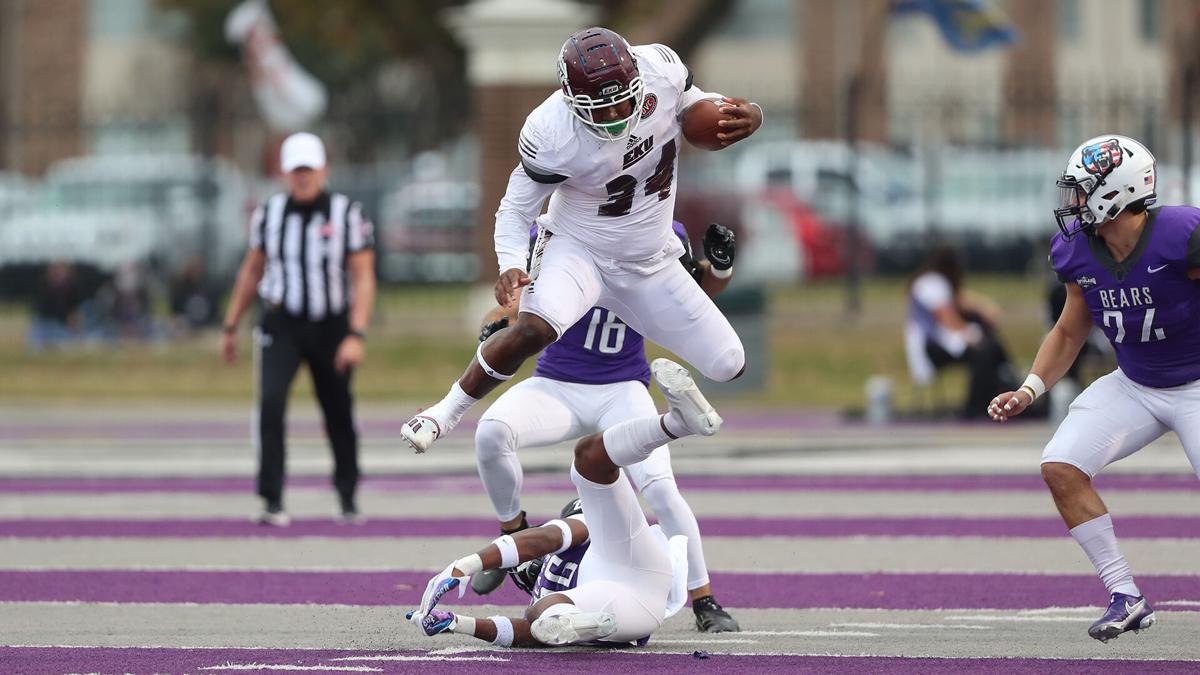 Eastern Kentucky University running back Alonzo Booth runs the ball against the University of Central Arkansas on Nov. 14.

Eastern Kentucky University quarterback Isaiah Velez looks for an open receiver against the University of Central Arkansas on Nov. 14.

Eastern Kentucky University running back Alonzo Booth runs the ball against the University of Central Arkansas on Nov. 14.

Eastern Kentucky University football fell to the University of Central Arkansas on Saturday, 37-25.

EKU scored 25 unanswered points but could not pull through with a win.

To start the game, UCA’s Cameron Myers had a 96-yard kickoff return to score the first touchdown of the game.

Within only minutes, UCA’s Seren Hughes-Ford had a 30-yard field goal, making it 10-0.

With 7:44 left in the first quarter, UCA’s Tyler Hudson caught a 69-yard touchdown pass from Luke Hales to make the score 17-0.

EKU was looking for answers and decided to make a change at quarterback. Third-string redshirt freshman quarterback Isaiah Velez came in for Dakota Allen.

To start the second quarter, UCA’s Kierre Crossley had a two-yard run, extending the lead for the Bears, 24-0.

EKU finally put some points on the board with a 27-yard field goal from Alexander Woznick, 24-3.

Before going into halftime, EKU running back Alonzo Booth had an eight-yard run, making it 24-9.

Coming out of the locker room, the Colonels came out ready to score, putting up the only points in the third quarter. Starting with a 36-yard field goal from Woznick. Then, a two-yard pass from Velez to Keyion Dixon. Finally, a two-yard run from Velez, allowing EKU to take the lead, 25-24.

The last score of the game came from UCA’s Hales with a 12-yard pass to Lujuan Winningham, 37-25.

Booth finished with 124 yards and a touchdown on 33 carries. Velez was 15-for-19 for 151 yards. He threw one touchdown pass and no interceptions. Jackson Beerman had three catches for 62 yards. Matthew Jackson finished with 10 tackles.

EKU had a total of 254 rushing yards.

The Colonels will play their last game at Roy Kidd Stadium against Western Carolina on Nov. 21. This game will be the Inaugural Opportunity Bowl in honor of Dr. Sheila Pressley. Pressley, who passed away in January of 2020, was the dean of the College of Health Sciences at EKU. Kickoff will be at 3 p.m.