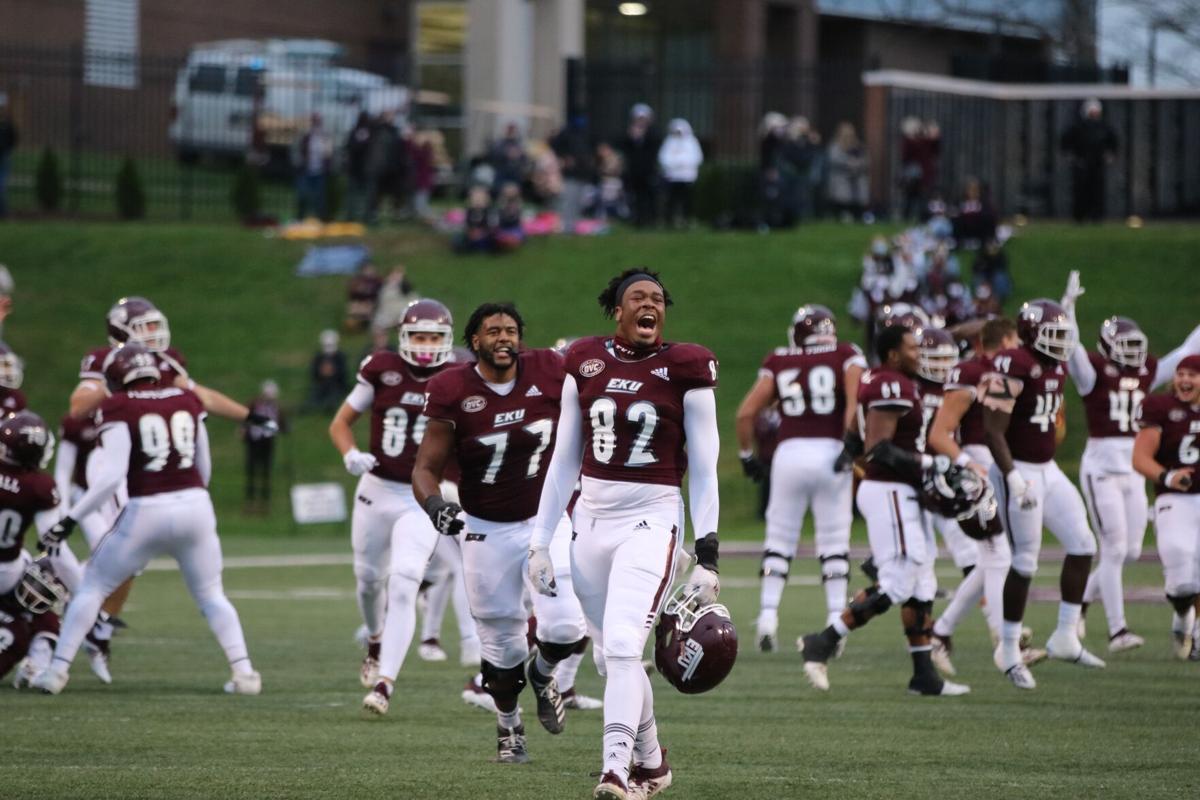 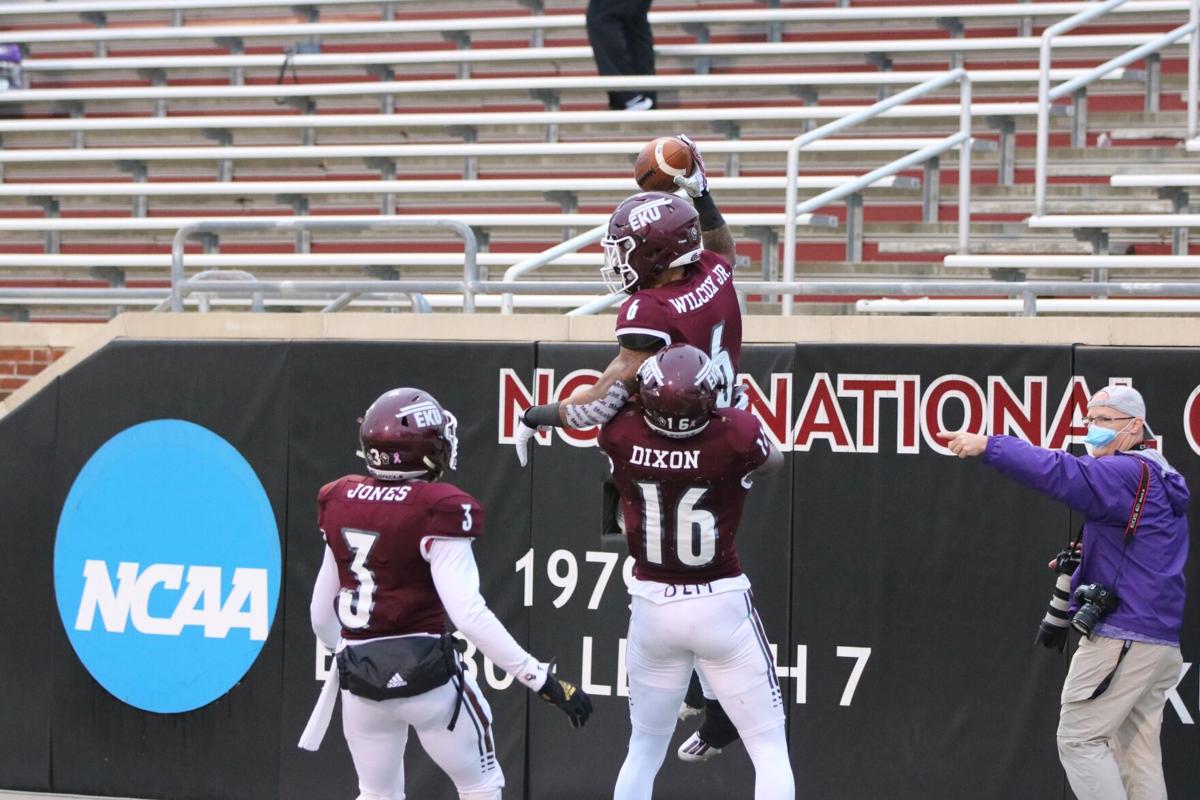 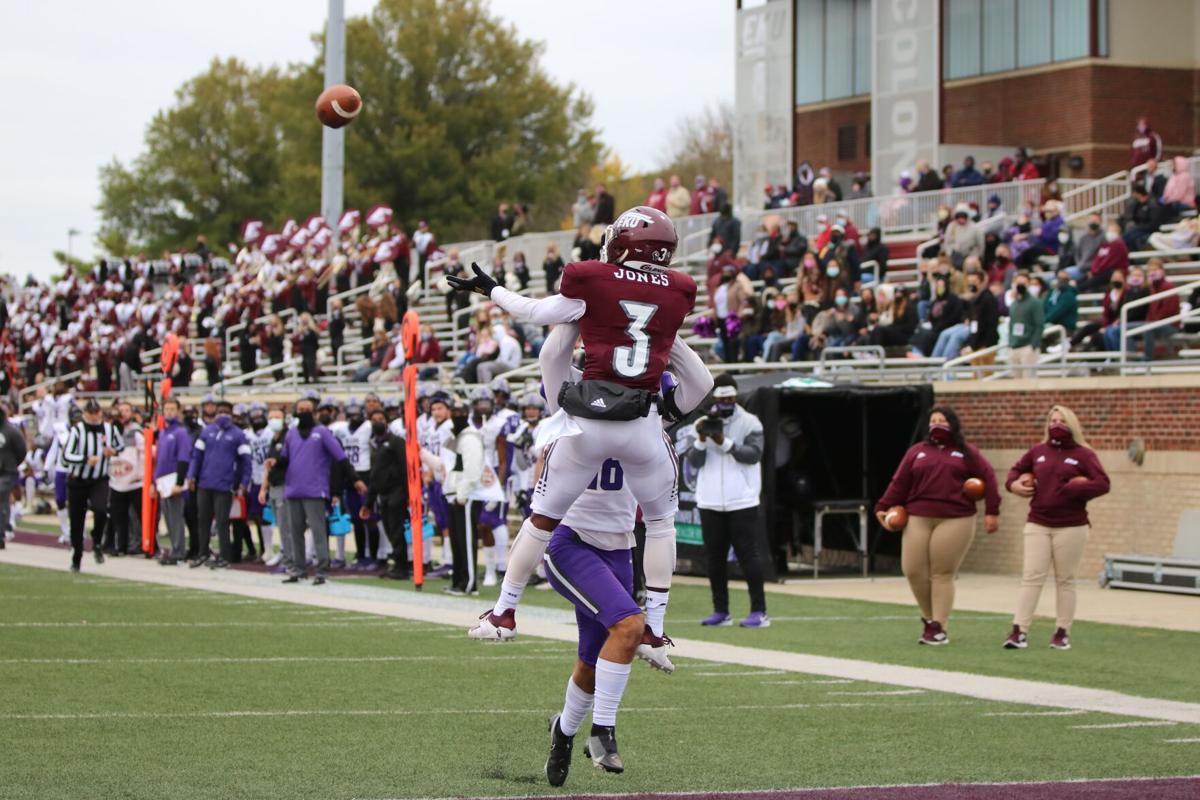 Eastern Kentucky University wide receiver Jaquez Jones jumps up for a catch in the end zone against Central Arkansas on Oct. 24.

Eastern Kentucky University wide receiver Jaquez Jones jumps up for a catch in the end zone against Central Arkansas on Oct. 24.

Eastern Kentucky University football won their first home game of the season on Homecoming against the University of Central Arkansas, 31-28. EKU back up quarterback Dakota Allen sealed the win with a game-winning touchdown pass with six seconds remaining.

“Obviously great win and great to get a win… glad for the Colonel fans to get a homecoming win,” head coach Walt Wells said.

The first quarter was scoreless for both teams.

At the beginning of the second quarter, EKU quarterback Parker McKinney threw a touchdown pass to Malik Owens, allowing the Colonels to take the lead.

UCA’s Breylin Smith answered with a touchdown pass to Tyler Hudson, tying the game at 7-7.

At 3:01, McKinney tossed a touchdown pass to Ethan Bradds to take the lead again.

Quarterback Dakota Allen, came in to play late in the second quarter after McKinney went down with an injury.

To take the Colonels into halftime, Andrew Woznick kicked a 37-yard field goal to put EKU ahead, 17-7.

The only points scored in the third quarter were from UCA’s Kierr Crossley with a one-yard touchdown run.

In the fourth quarter, Allen had a seven-yard run, giving the Colonels a 10 point lead.

UCA’s Luj Winningham caught a pass from Smith for a touchdown to close the gap, 24-21.

With 1:21 left in the fourth quarter, UCA’s Smith had a 1-yard run, allowing the Bears to take the first lead of the game against EKU, 24-28.

“Plays are plays and it comes down to execution,” Wells said.

With seconds to go, Allen connected with Matt Wilcox Jr. for a touchdown to put the Colonels back in the lead and take their first home win by a final score of 31-28.

Allen led the Colonels on an eight play, 77-yard game-winning scoring drive with just 1:21 left in the game.

Allen finished the night 9-for-14 for 85 yards and gained a team-best 59 yards on the ground. He threw for a touchdown and rushed for a score on Saturday.

EKU recorded 460 yards of offense, with 301 coming through the air. Central Arkansas was held to 99 yards rushing.

With the win, the Colonels improve to 2-4 on the season.

EKU will be back at home on Nov. 7 against Stephen F. Austin with kickoff scheduled for 3 p.m. The game will be live on ESPN3.