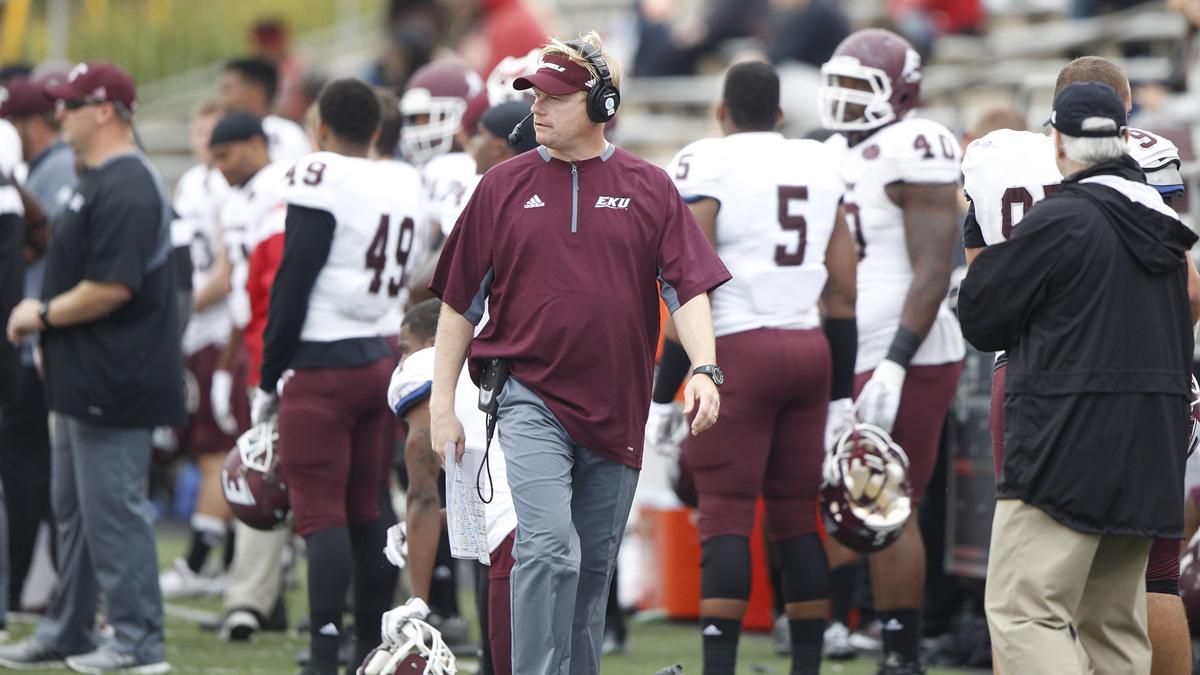 Walt Wells is a familiar face around the football program as he served as an assistant under legendary EKU Head Coach Roy Kidd from 1997 to 2002 and was an assistant again with the Colonels in 2015. 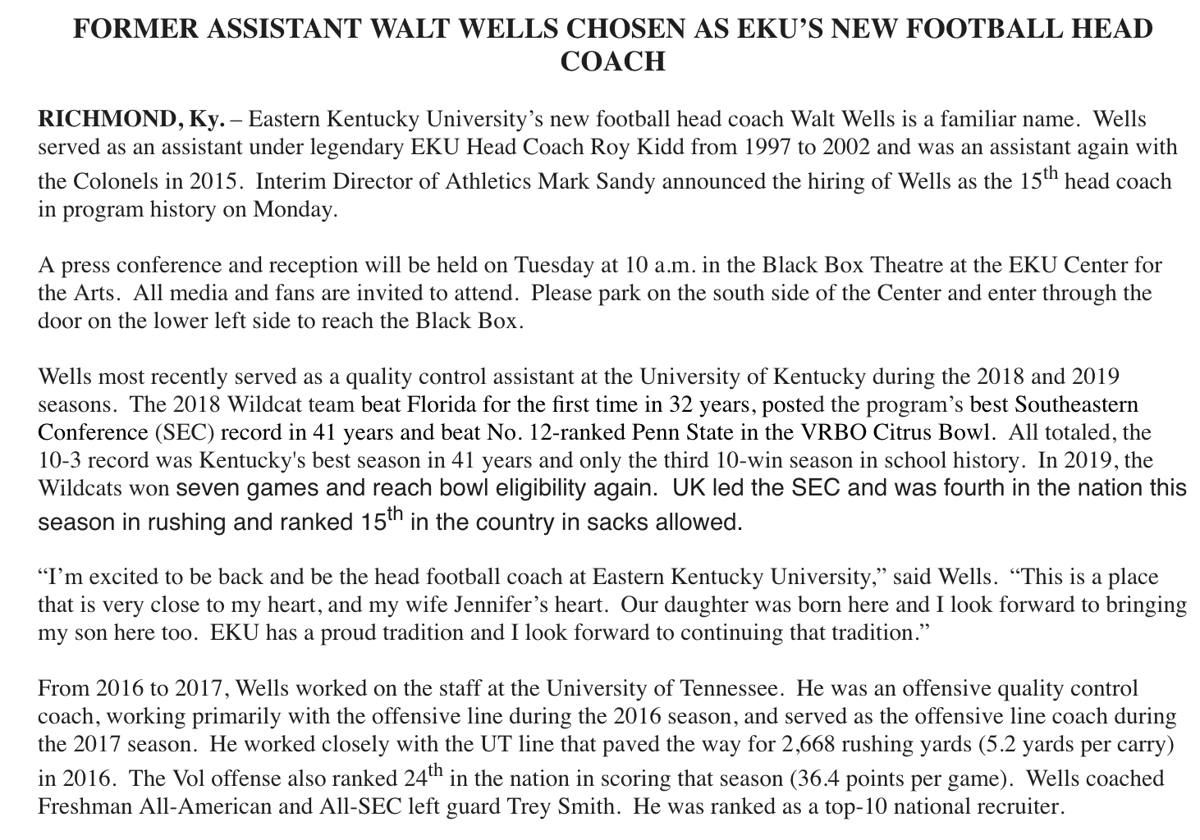 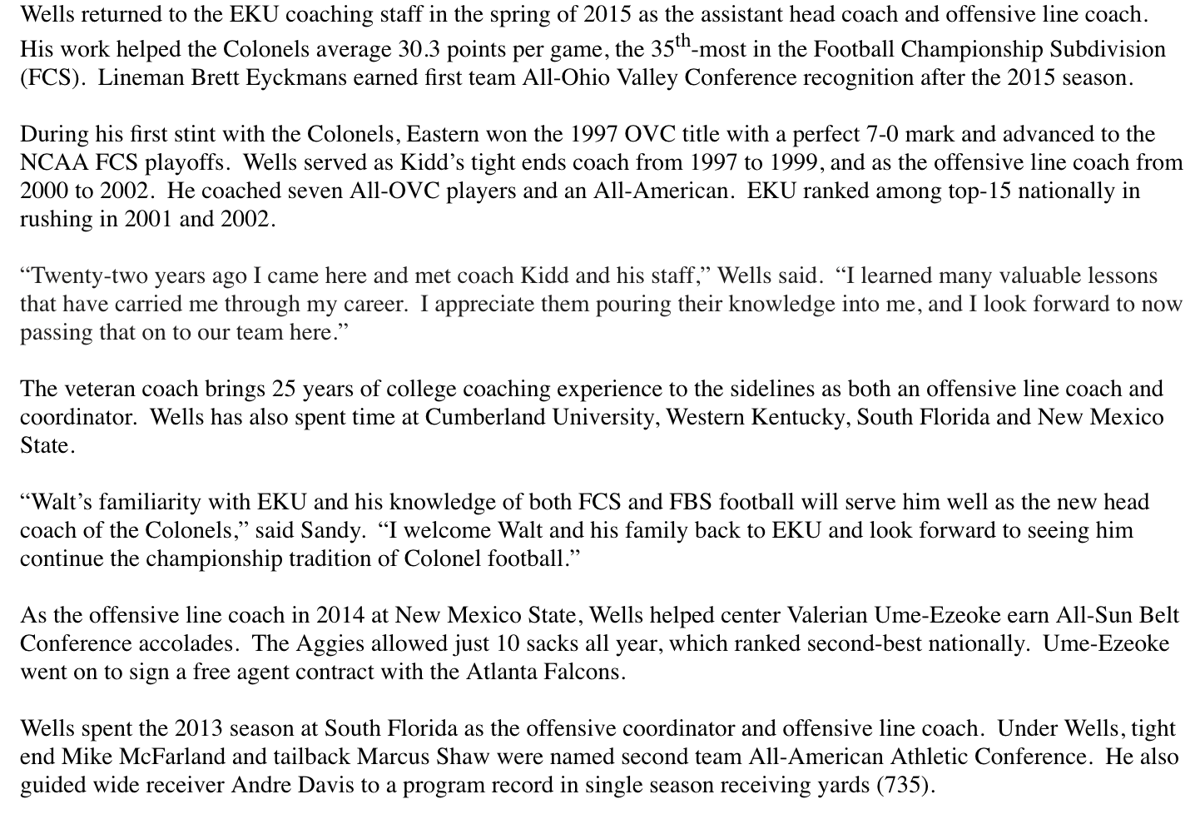 Press release from EKU Athletics on Monday, Dec. 9 about the new hire. 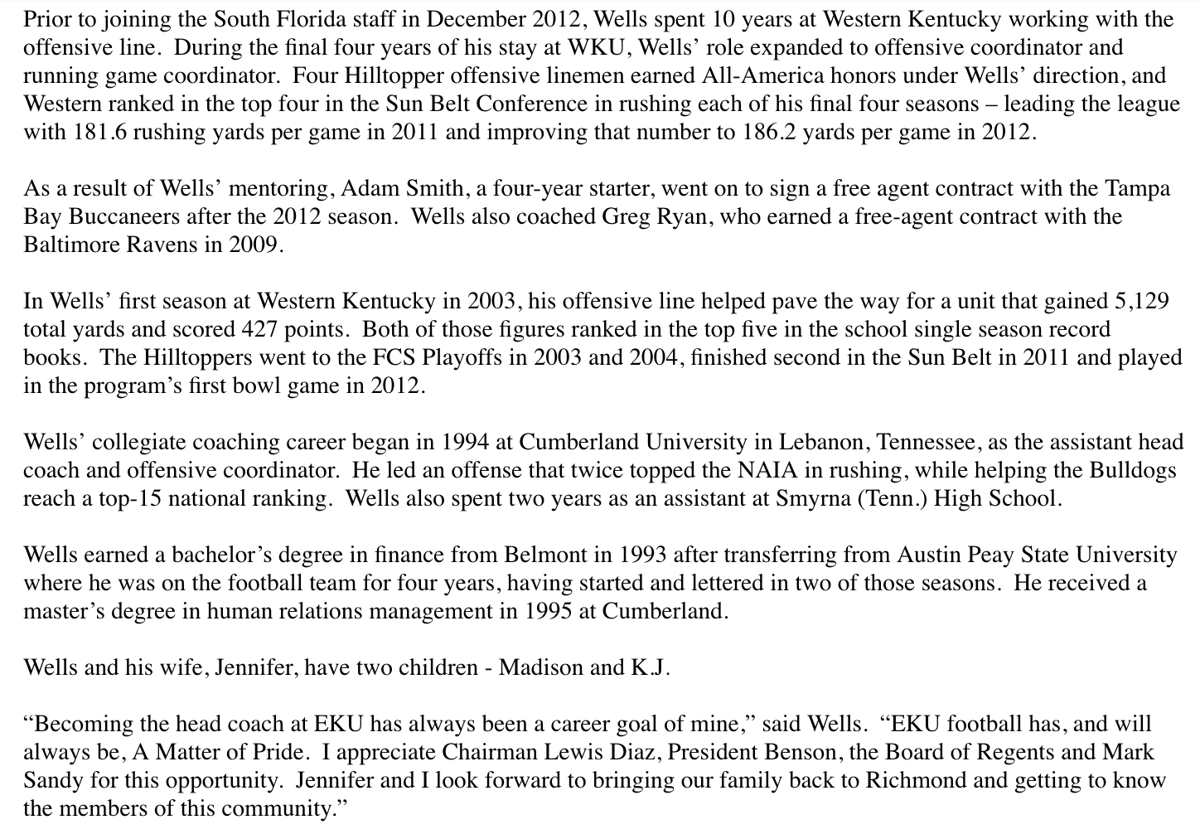 Walt Wells is a familiar face around the football program as he served as an assistant under legendary EKU Head Coach Roy Kidd from 1997 to 2002 and was an assistant again with the Colonels in 2015.

Press release from EKU Athletics on Monday, Dec. 9 about the new hire.

Eastern Kentucky University athletics announced that Walt Wells will be the next head football coach on Monday.

Wells is a familiar face around the football program as he served as an assistant under legendary EKU Head Coach Roy Kidd from 1997 to 2002 and was an assistant again with the Colonels in 2015.

During his first stint with the Colonels, EKU won the 1997 Ohio Valley Conference title with a 7-0 record and advanced to the NCAA Football Championship Subdivision playoffs. Wells served as Kidd’s tight ends coach from 1997 to 1999 and as the offensive line coach from 2000 to 2002.

In 2015, Wells returned to EKU as the assistant head coach and offensive line coach. His work helped the Colonels average 30.3 points per game — the 35 most in the Football Championship Subdivision.

“Walt’s familiarity with EKU and his knowledge of both FCS and FBS football will serve him well as the new head coach of the Colonels,” said Sandy in the press release on Monday. “I welcome Walt and his family back to EKU and look forward to seeing him continue the championship tradition of Colonel football.”

He most recently served as a quality control assistant at the University of Kentucky during the 2018 and 2019 seasons. Wells has also spent time at Cumberland University, Western Kentucky, South Florida and New Mexico State.

“I’m excited to be back and be the head football coach at Eastern Kentucky University,” Wells said in a press release on Monday. “This is a place that is very close to my heart, and my wife Jennifer’s heart. Our daughter was born here and I look forward to bringing my son here too. EKU has a proud tradition and I look forward to continuing that tradition.”

The new hire comes two weeks after the EKU Athletics Department announced that former head coach Mark Elder would not be retained after having back-to-back winning seasons.

“We are excited to welcome Coach Wells back to EKU,” EKU president Michael Benson said in the press release. “His extensive coaching experience will benefit our student-athletes and strengthen our football program. And given Coach Wells' previous time at Eastern, I know the Richmond community will embrace him and his family immediately.”

A press conference and reception will be hosted in the Black Box Theatre at the EKU Center for the Arts on Tuesday at 10 a.m.

Sorry, there are no recent results for popular images.