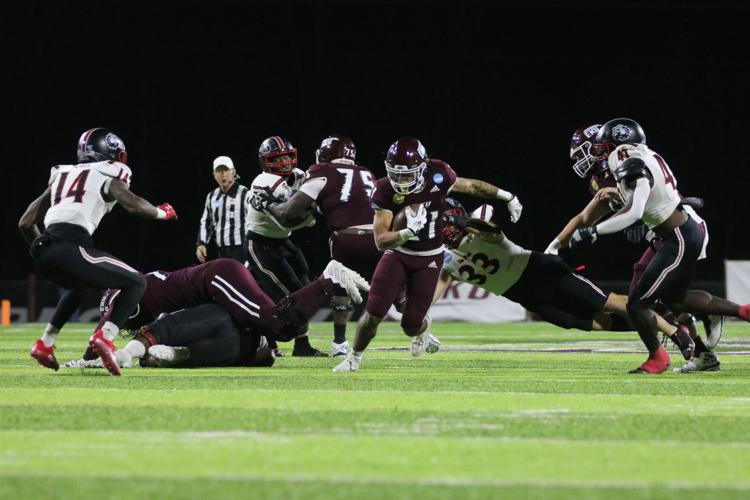 No. 21 Braedon Sloan breaks the GWU defensive line for a gain in the second half at Roy Kidd Stadium on Nov. 26. 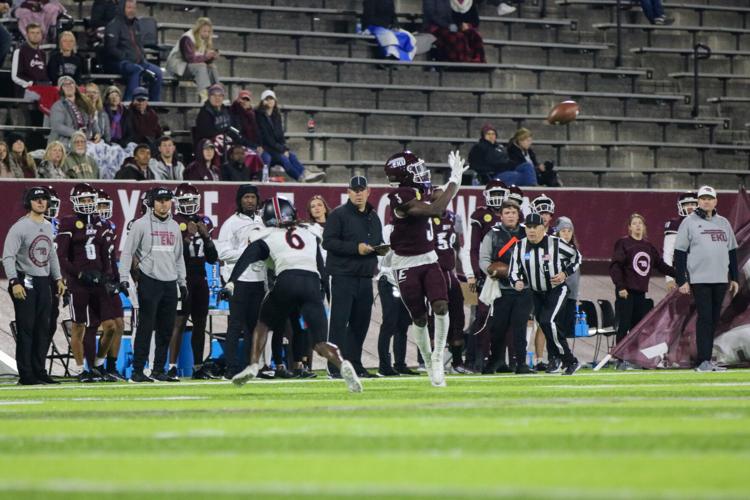 No. 3 Jaden Smith makes a catch in the fourth quarter against Gardner-Webb. The Colonels fell 41-52, marking their eighth consecutive playoff loss.

No. 21 Braedon Sloan breaks the GWU defensive line for a gain in the second half at Roy Kidd Stadium on Nov. 26.

No. 3 Jaden Smith makes a catch in the fourth quarter against Gardner-Webb. The Colonels fell 41-52, marking their eighth consecutive playoff loss.

The Eastern Kentucky University (EKU) football team fell at home to Gardner-Webb University (GWU) on Nov. 26, 41-52. This loss is the eighth consecutive playoff loss for the Colonels.

The first quarter of play was all back and forth, with GWU scoring first and EKU responding to every touchdown. GWU scored as the first quarter clock hit zero, taking  them up, 21-14.

EKU started the second quarter with possession and opted for a Nations 22-yard field goal, staying behind the Bulldogs, 17-21.

GWU also opted for a field goal during their next possession, extending their lead 24-17. After a touchdown from each team, EKU finished the half with a 43-yard Nations field goal to close the gap, 27-31.

The third quarter was all Bulldogs as GWU scored three unanswered touchdowns before heading into the final 15 minutes,  52-27.

The fourth quarter was run by the Colonels, but they could not recover from the deficit, and after two touchdowns and one completed two-point conversion, EKU lost 41-52.

EKU quarterback Parker McKinney had his best throwing night of the season, recording 454 yards, five touchdowns and one interception.

EKU’s rushing offense was heavily lacking, accumulating only 44 yards on 22 carries, with McKinney recording minus 18 yards on seven carries.

Nations was 2-2 on field goals and 3-3 on extra points, recording a 43-yard field goal on the night.

EKU ended their season with a 7-5 overall record (3-2 ASUN), a conference championship and their first playoff appearance since 2014.