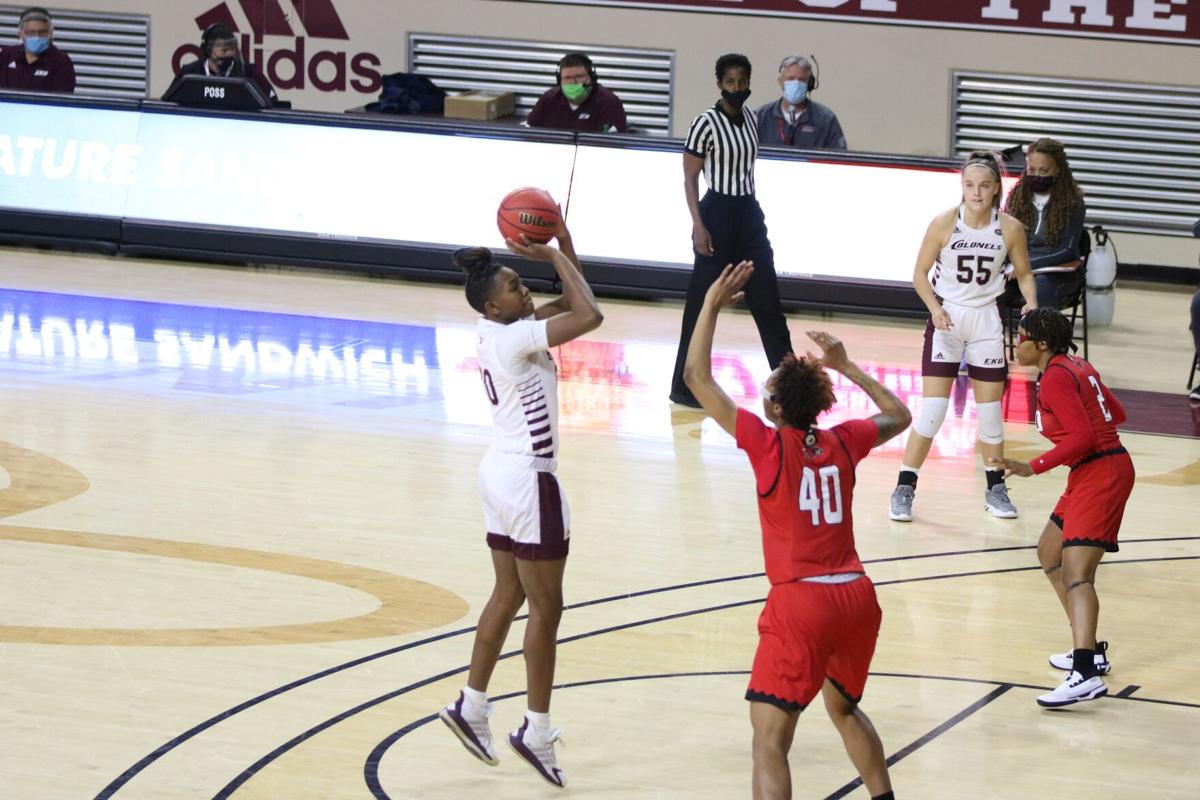 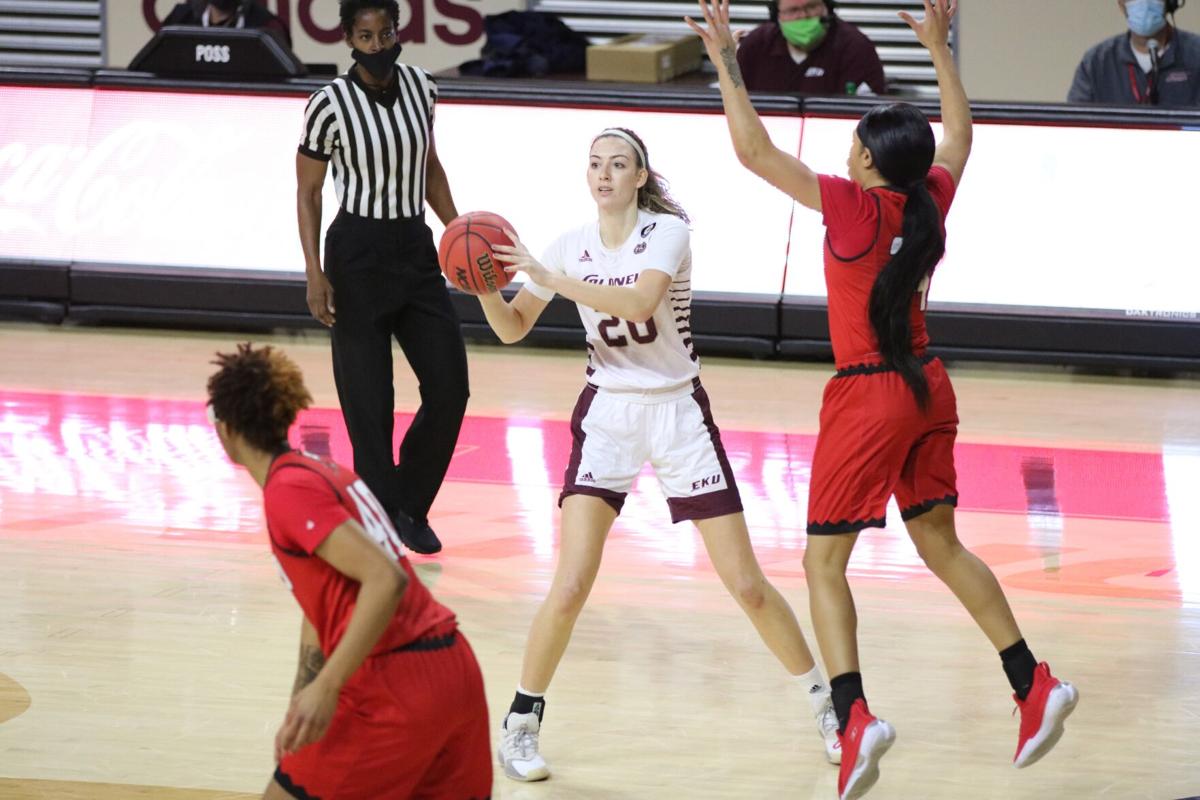 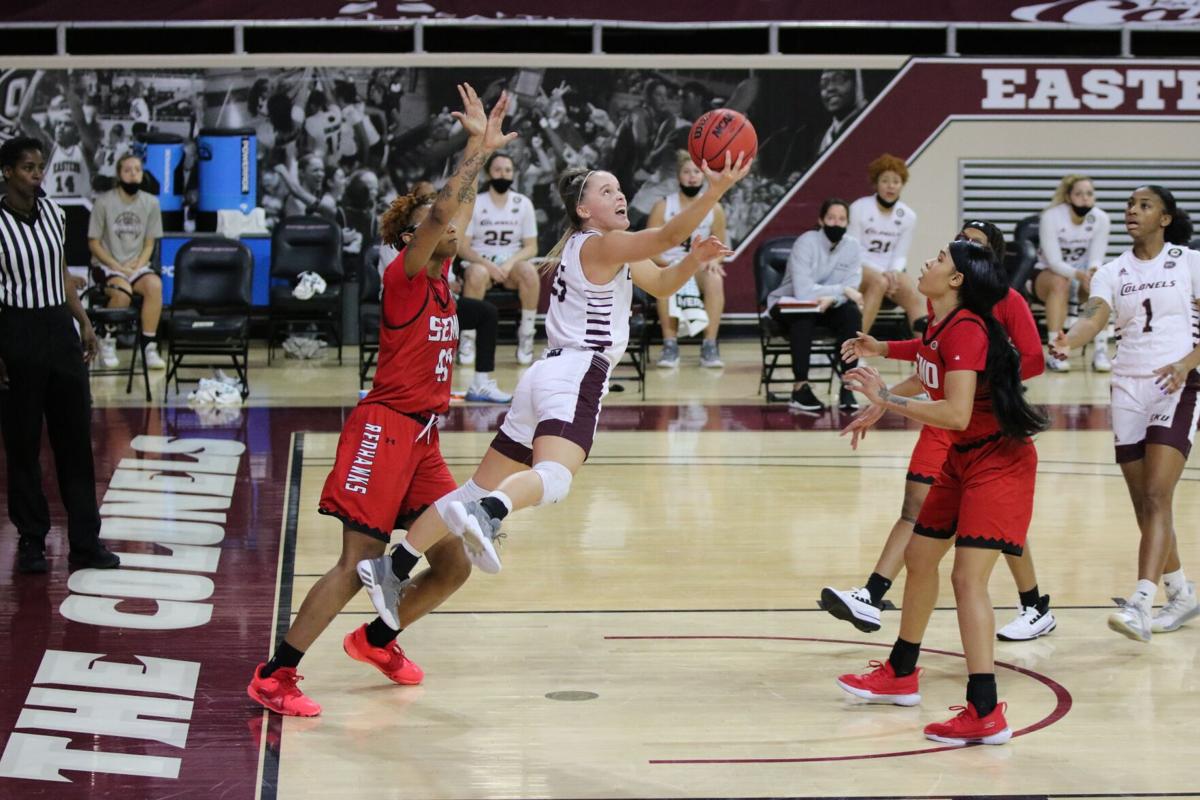 “Proud of our team for coming out and competing today,” head coach Samantha Williams said. “For the most part, I feel like we executed the game plan we had for SEMO.”

EKU came out ready to get a win and was able to tie the game going into halftime, 29-29.

“There were some things that allowed them to break away from us,” Williams said.

The Colonels were unable to put up points until late in the second half. With the slow start, they were unable to match SEMO or take the lead, 61-55.

“If you want a chance to beat a team like SEMO, you have to take care of the ball and rebound,” Williams said.

The Colonels shot 41.1 percent and were able to keep SEMO to 36.5 percent.

“We had some players step up. Jayla Johnson and Kendall Wingler in particular, I thought really showed up and carried us,” Williams said.

Jayla Johnson put up a big game with 19 points, seven rebounds, two blocks and one steal.

The Colonels will be travelling to Cookeville, Tennessee, to take on Tennessee Tech on Jan. 28. The time will be announced.