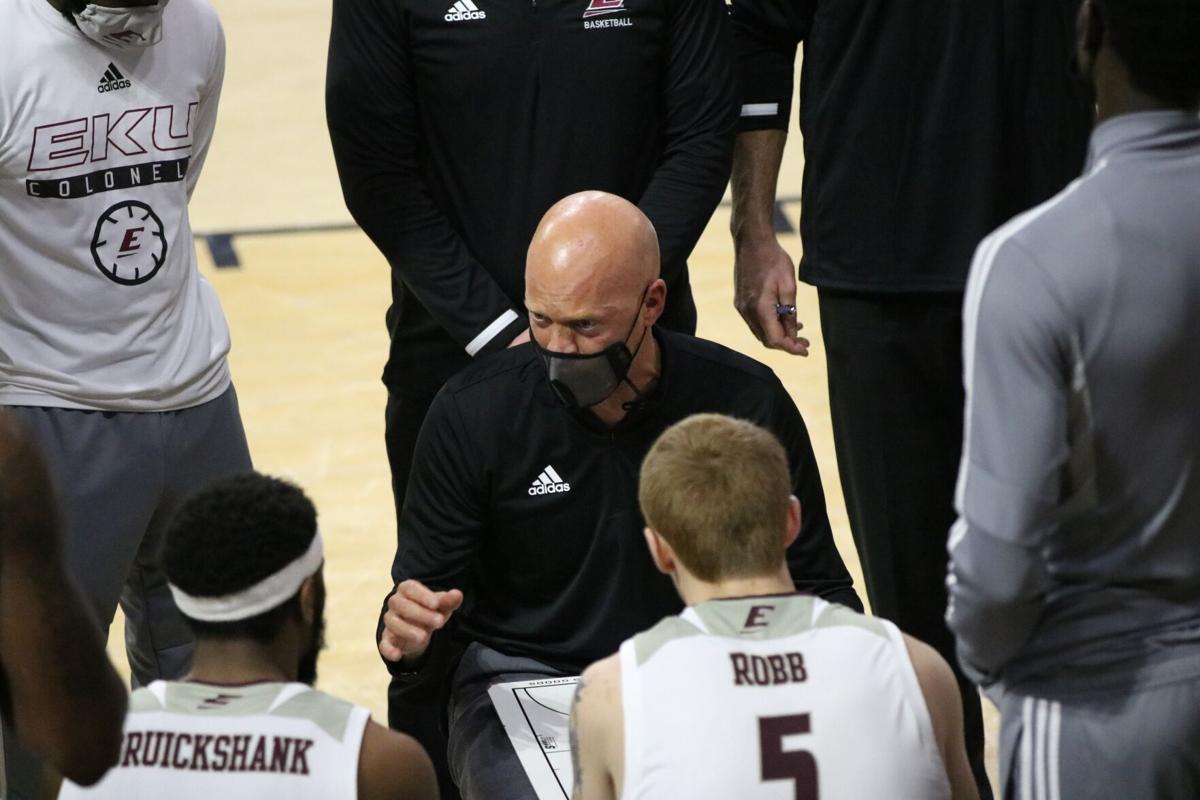 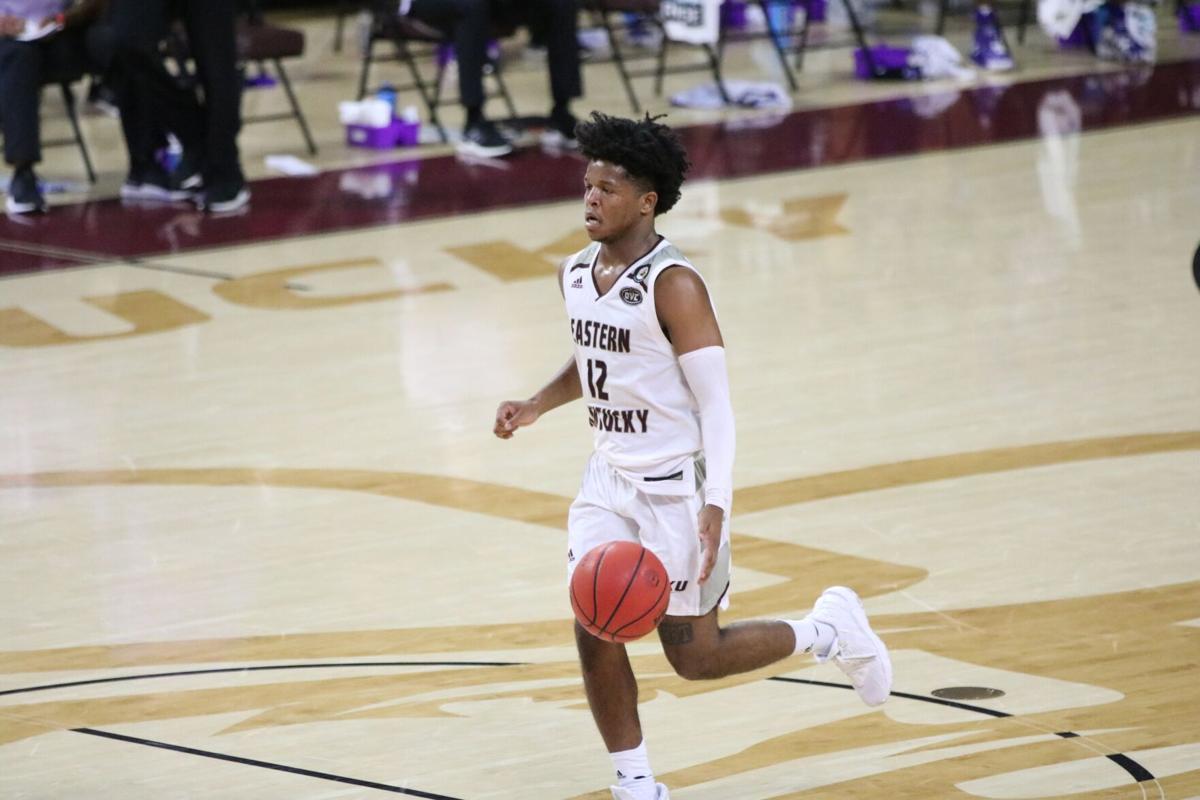 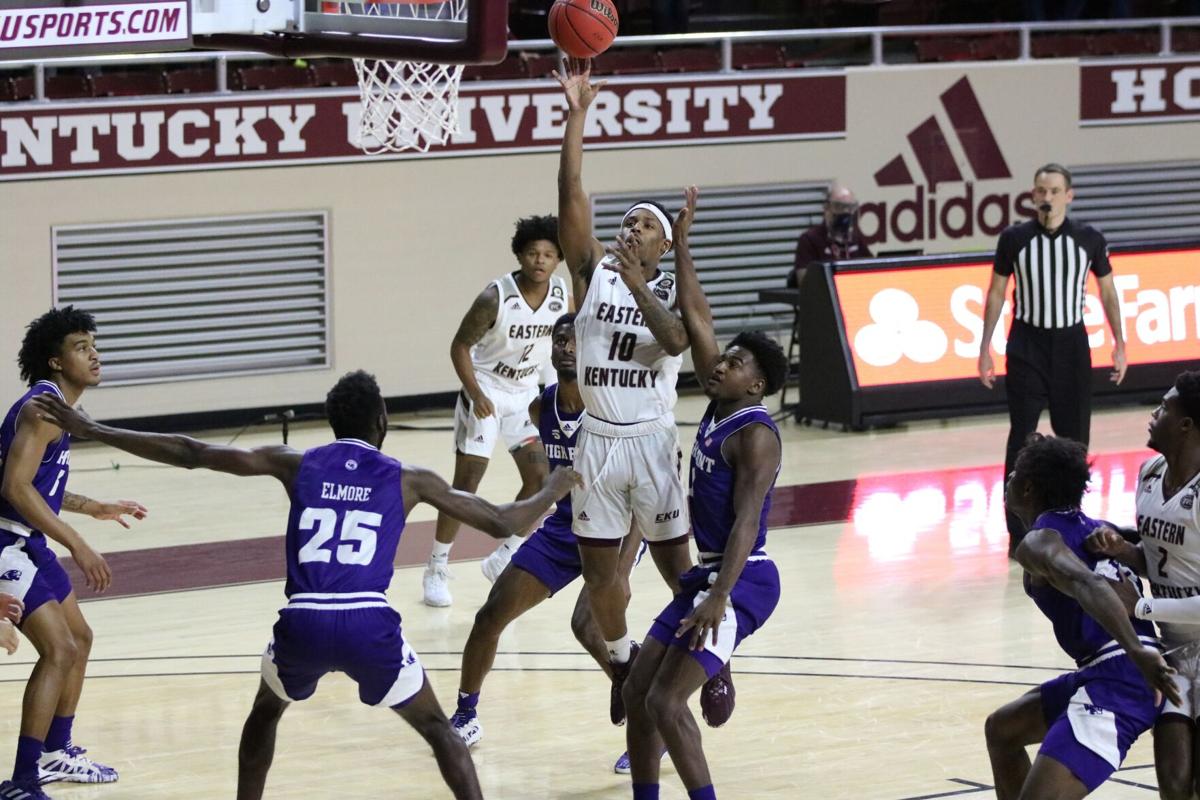 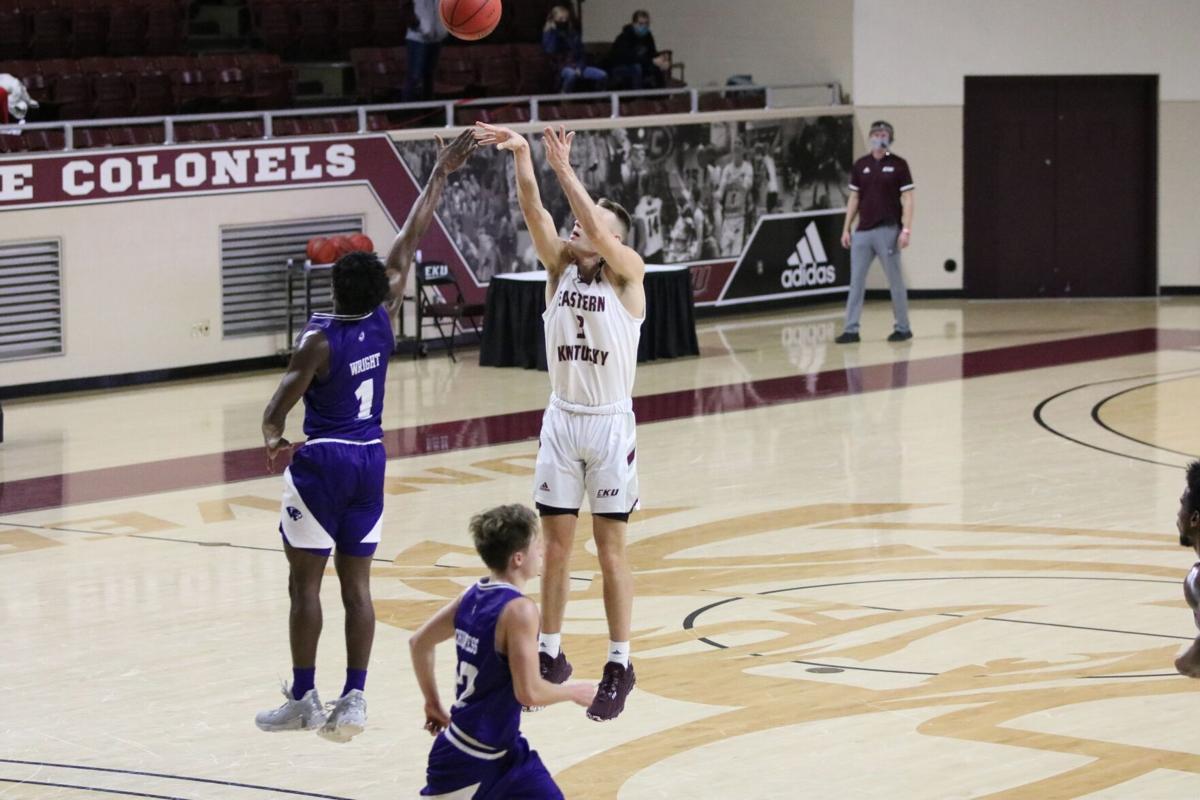 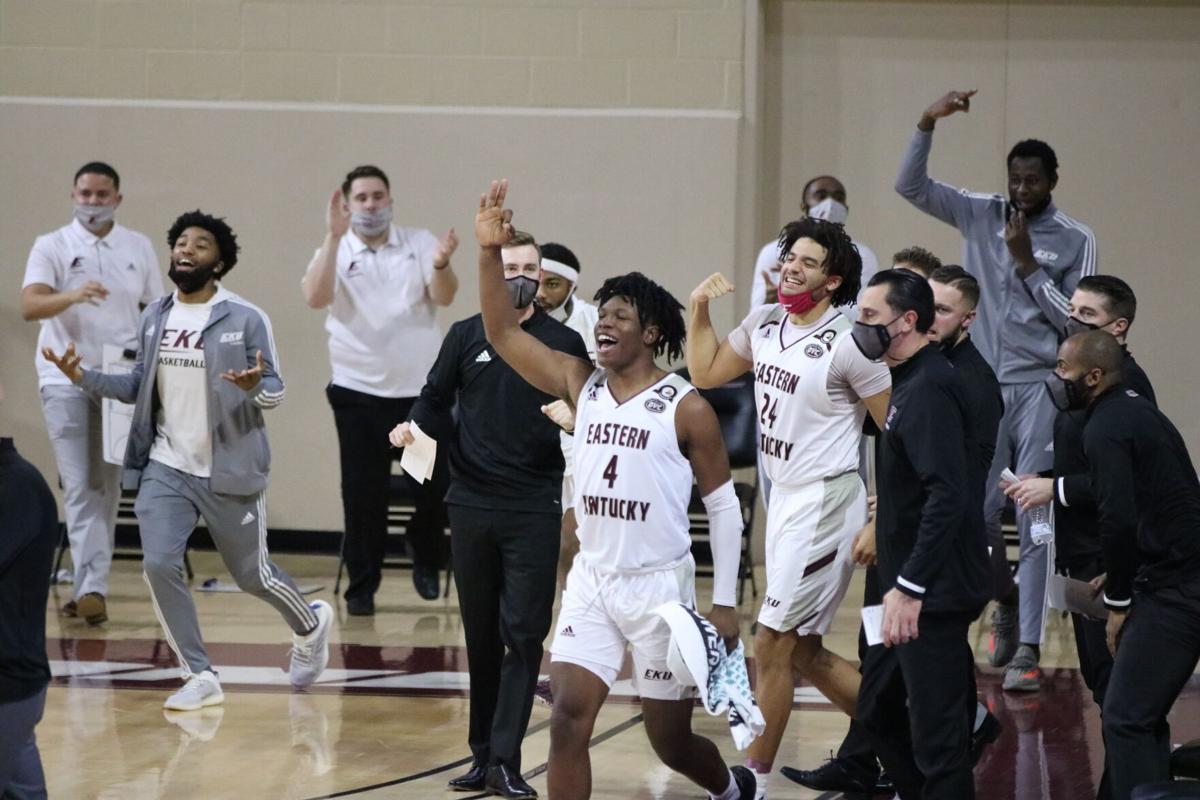 EKU men's basketball players cheer from the bench against High Point on Tuesday in Richmond. 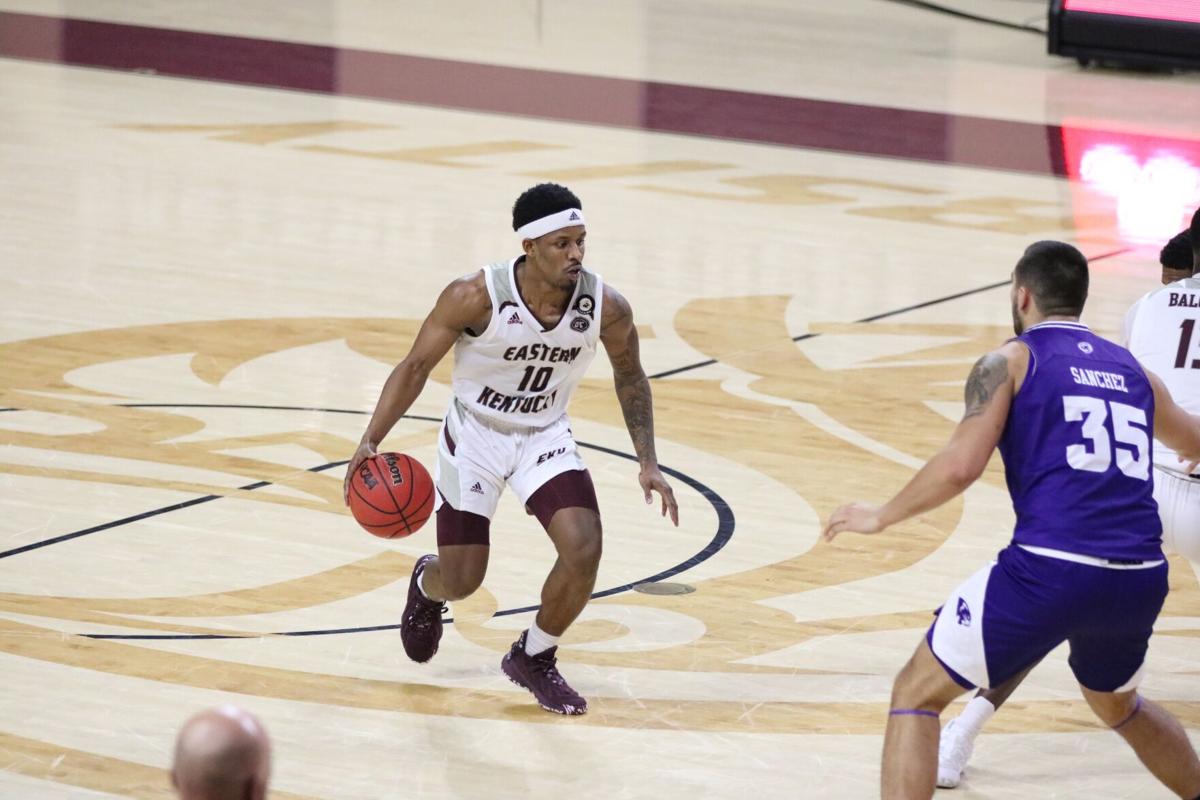 EKU guard Brandon Knapper drives to the hoop against High Point on Tuesday at McBrayer Arena. 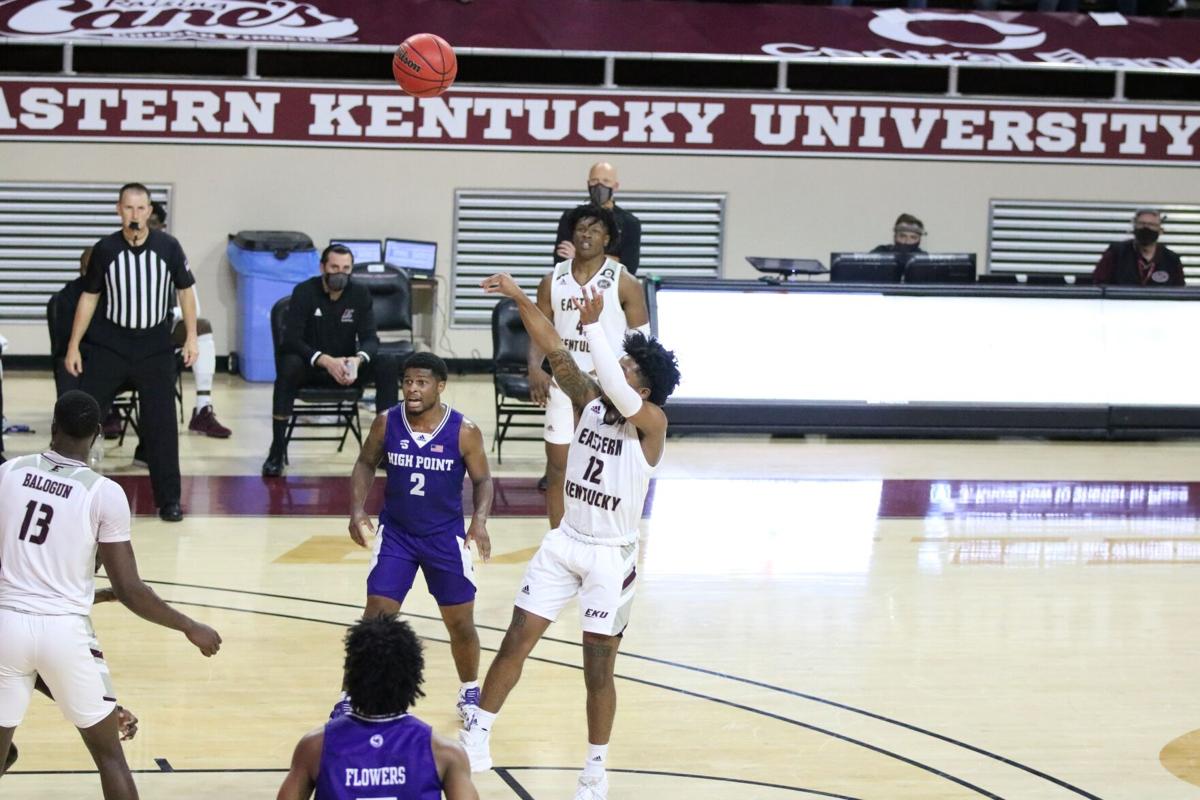 Wendell Green Jr. shoots during Tuesday's matchup with High Point at McBrayer Arena. The Colonels came away with the victory, 86-67. 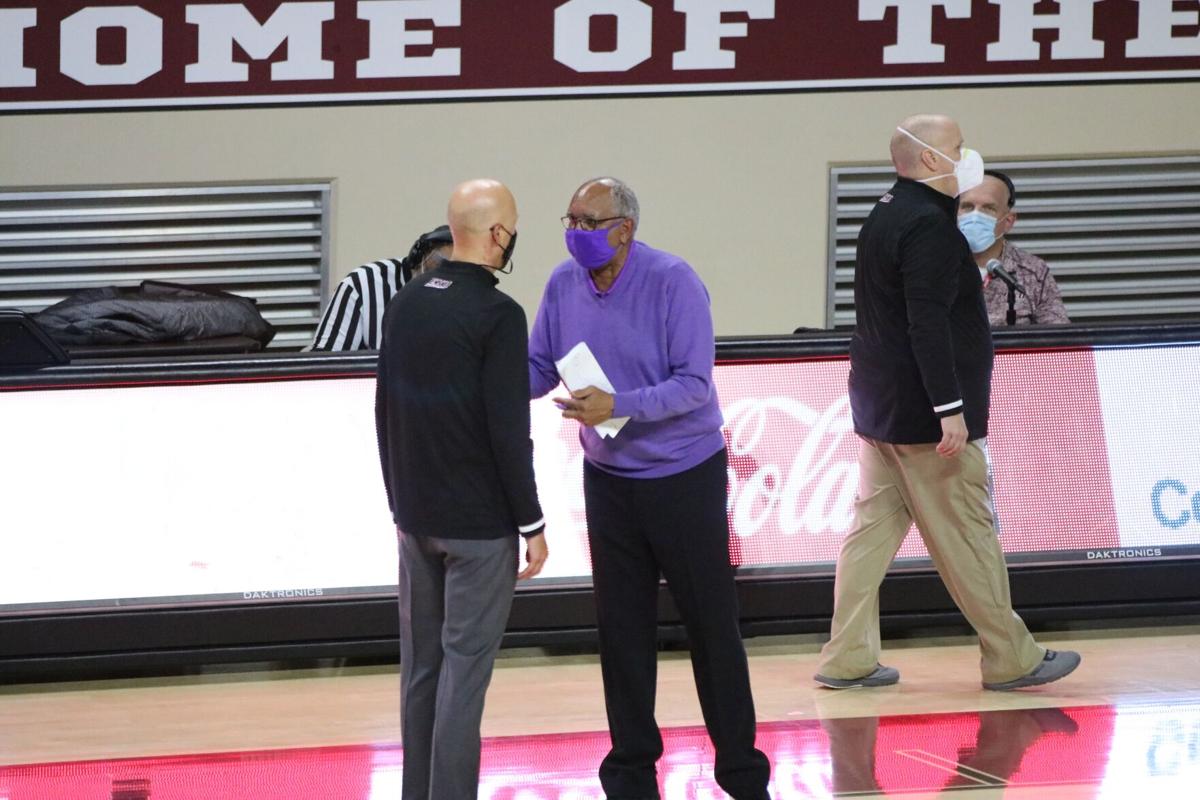 EKU men's basketball players cheer from the bench against High Point on Tuesday in Richmond.

EKU guard Brandon Knapper drives to the hoop against High Point on Tuesday at McBrayer Arena.

Wendell Green Jr. shoots during Tuesday's matchup with High Point at McBrayer Arena. The Colonels came away with the victory, 86-67.

The Eastern Kentucky University men’s basketball team scooped up a win against High Point, 86-67 on Tuesday at McBrayer Arena.

HPU is coached by former University of Kentucky basketball coach Tubby Smith. While coaching for the Wildcats, he led them to the 1998 NCAA championship.

“We did it because of what type of person coach Smith is and how he’s run his programs across the country,” Hamilton said. “He’s been a really good friend of mine and a mentor figure for me.”

The Colonels were able to get out front with the lead in the first half, 46-30. EKU won the tip-off and Brandon Knapper secured the first points of the game with an assist from Wendell Green Jr.

Right before the halftime buzzer, Peyton Broughton drained a three-pointer for the Colonels.

“Our energy that we started the game with was electric,” Hamilton said.

EKU extended their lead in the second half, only allowing the Panthers to get to a 10 point gap. The Colonels were able to pull together and win, 86-67 in their final non-conference game.

“Being 7-2 going into Christmas break is a great feeling and I’m really proud of this group,” Hamilton said.

EKU shot for 45 percent from the field. The Panthers made 42 percent of their shots. High Point out-rebounded EKU by four, but gave up 25 points off 23 turnovers.

Knapper was the leading scorer for the second game in a row with 21 points and three assists.

Green Jr. was behind him with 13 points, eight assists, three steals and three rebounds.

The EKU men’s and women’s basketball teams will return to the Ohio Valley Conference schedule and go up in a double header against Eastern Illinois at McBrayer Arena on Dec. 30. The men’s game will tip-off at 8 p.m.