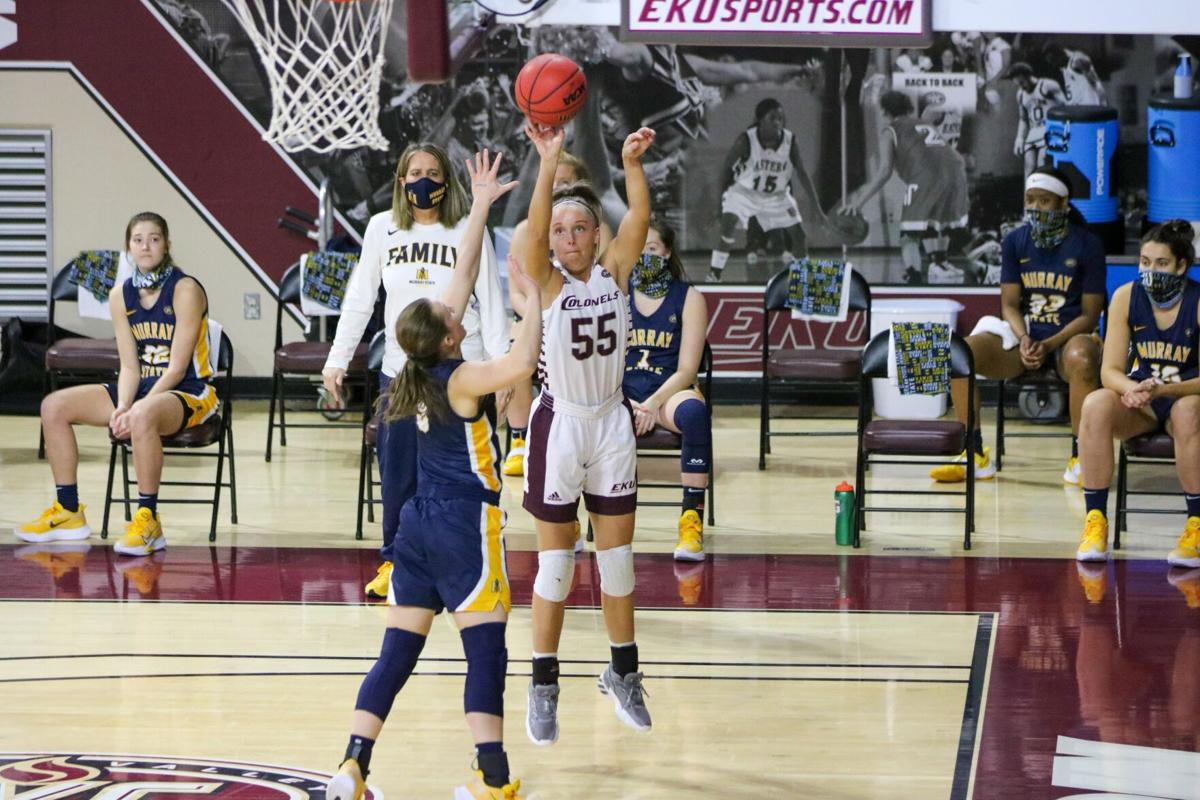 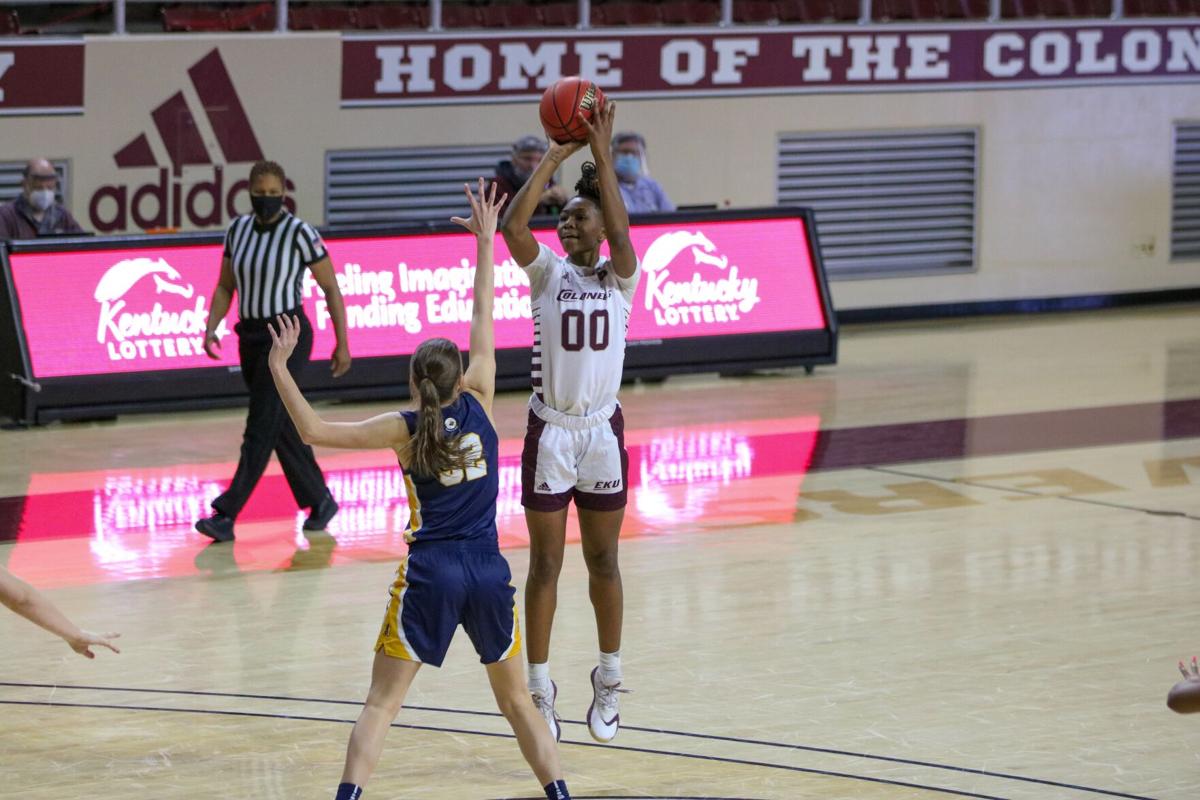 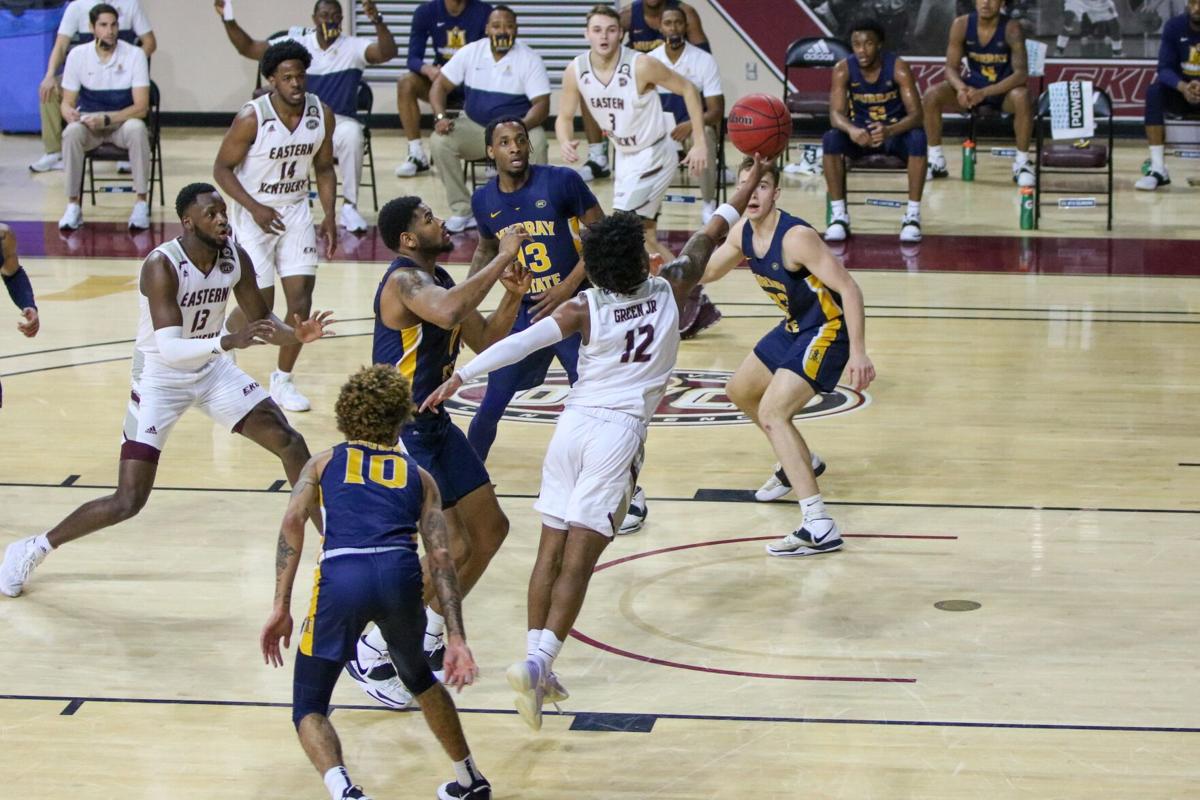 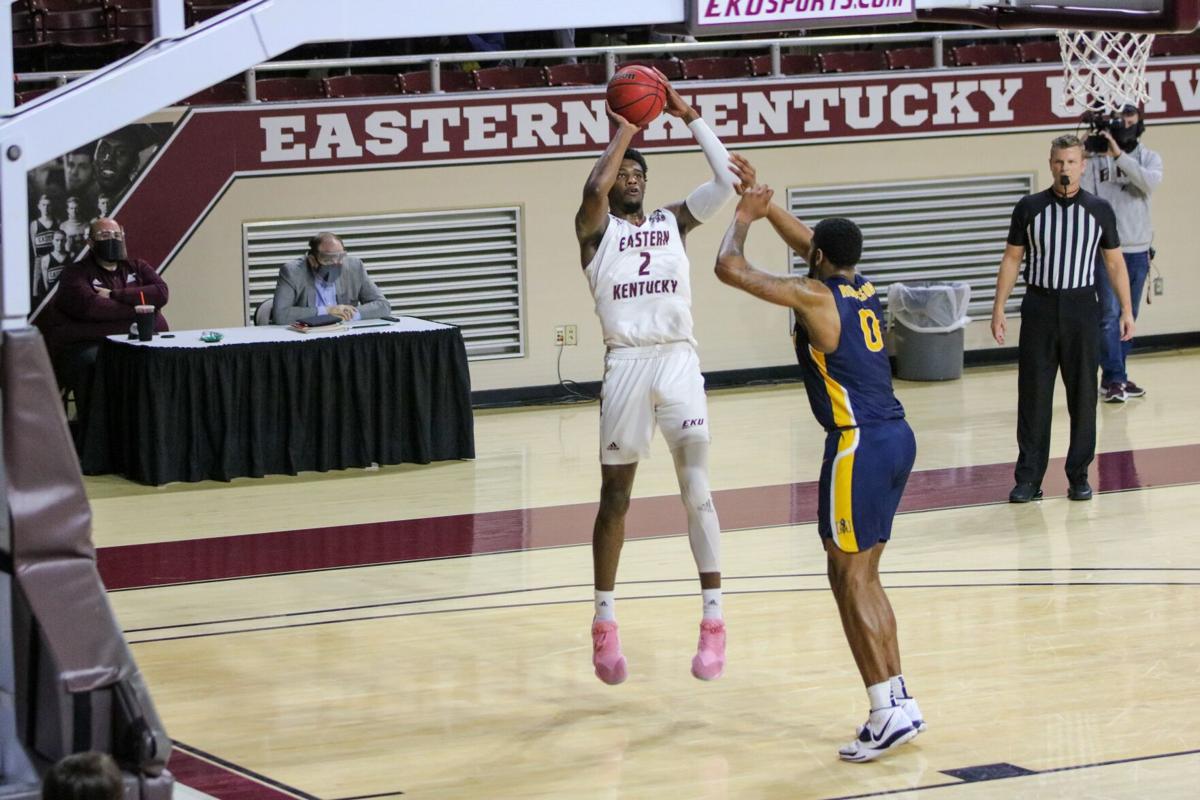 The Eastern Kentucky University women’s and men’s basketball teams both lost against Murray State on Saturday at McBrayer Arena.

EKU women’s team lost their lead after the first quarter and weren’t able to comeback, as they fell by a final score of 82-66.

“I thought we came out early and played well,” head coach Samantha Williams said. “In the fourth, we let the game get away from us.”

Alice Recanati and Kendall Wingler both had 12 points each for the night.

The Colonels shot 39.1 percent from field goal range while the Racers were able to shoot 47.5 percent.

Both teams had 12 turnovers in tonight’s women’s game.

The women’s team falls to 6-10 on the season and 5-7 in the Ohio Valley Conference.

The EKU women’s team will take to the road for a pair of games in Nashville next week beginning Thursday at Belmont. Tip-off is scheduled for 5 p.m.

The EKU men’s team was out hustled by the Racers and lost by a final score of 76-64.

“They really sat down and made it hard for us to get into a rhythm offensively and we couldn’t get much out of our press,” head coach A.W. Hamilton said. “They were tough, physical and they outplayed us.”

Wendell Green Jr. had the most of the night with 24 points, eight assists and four rebounds.

“I have no doubt that we’re going to bounce back… nothing is going to break us,” forward King said.

The Colonels shot for 41.9 percent while the Racers had 52.8 percent.

Both teams had 14 turnovers in tonight’s men’s game.

Up next for the Colonels, seven straight road games, in 15 days. EKU begins the long road stretch on Monday at Southern Illinois University Edwardsville. The game is scheduled to begin at 3 p.m.