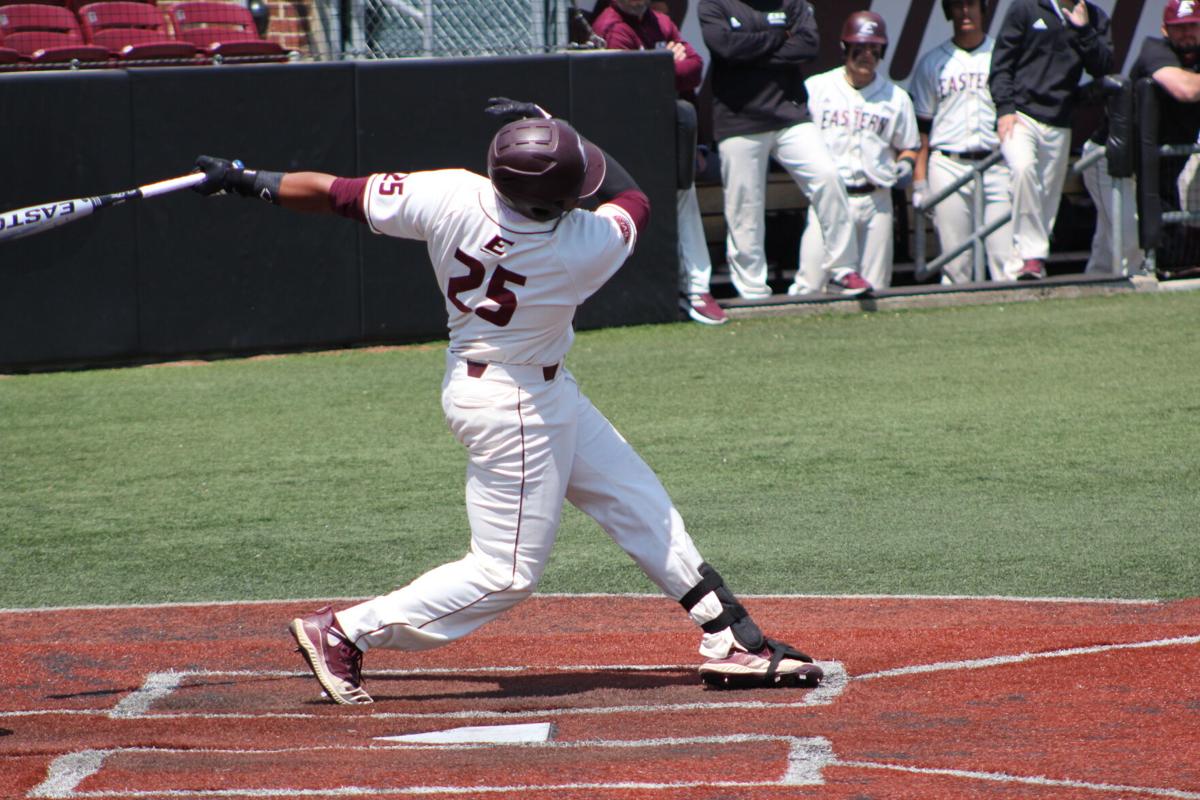 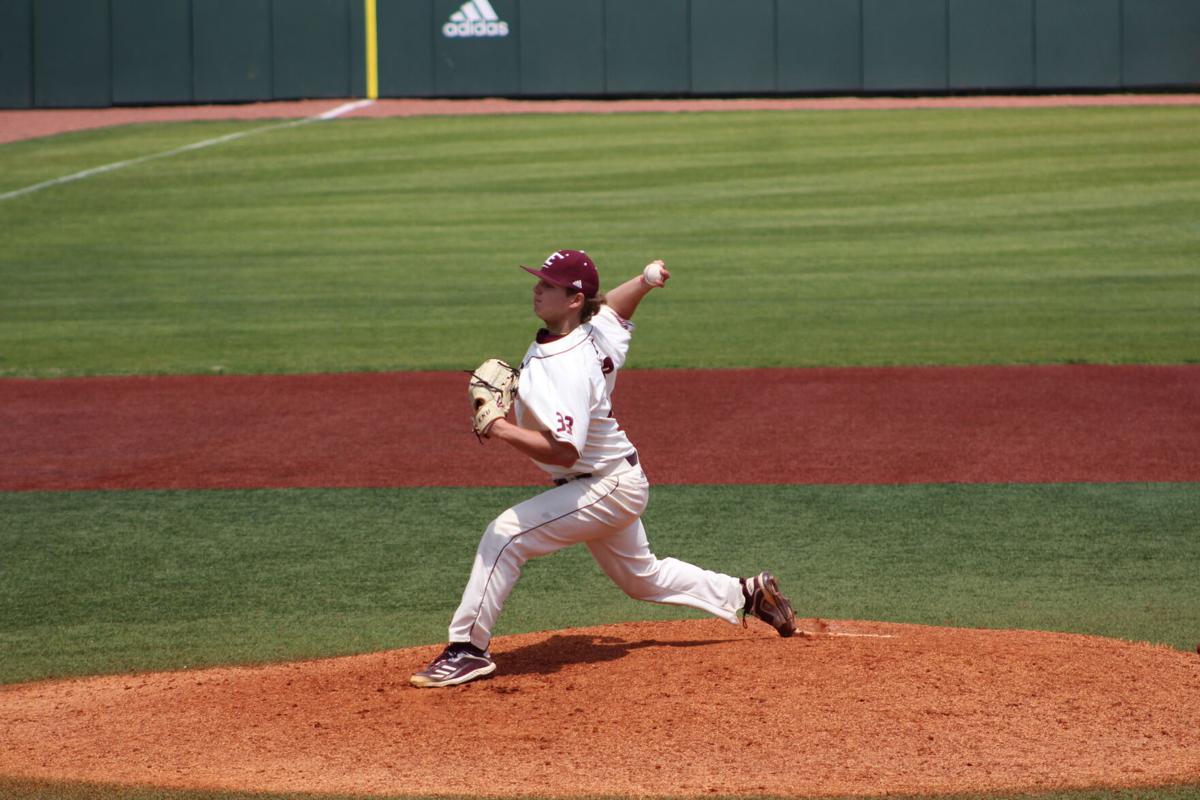 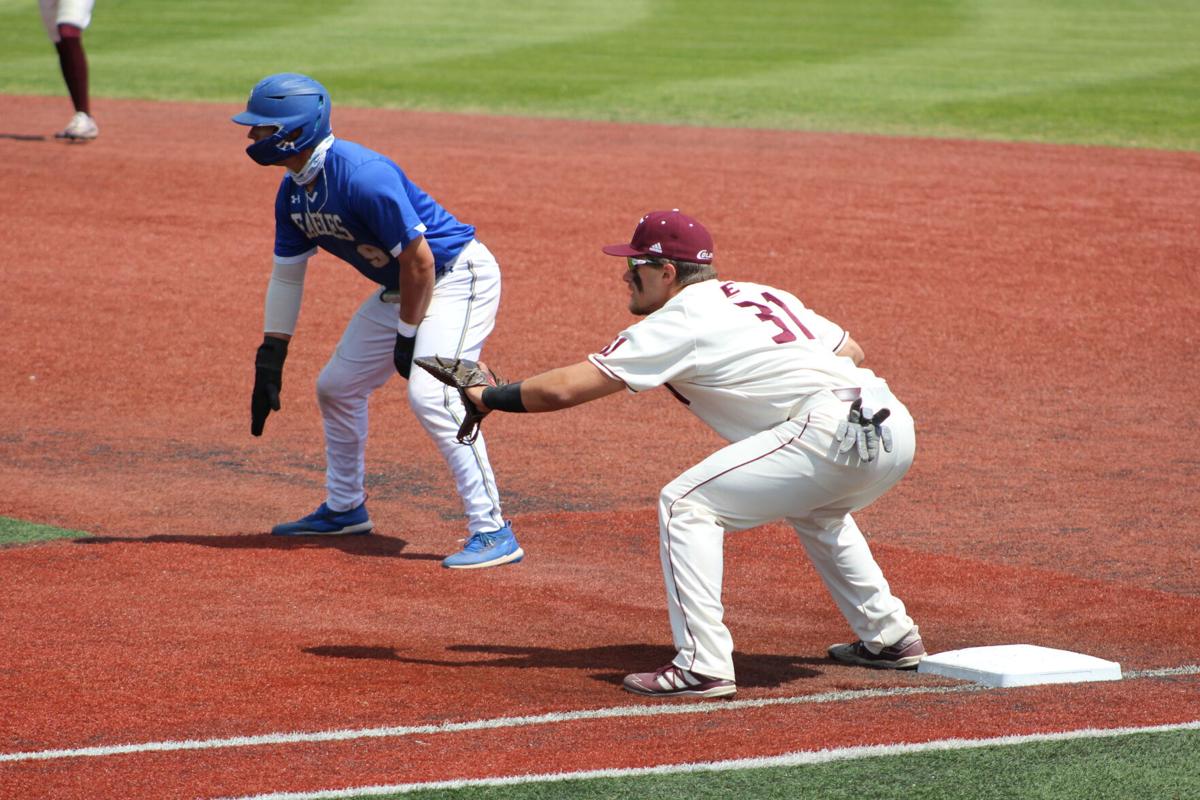 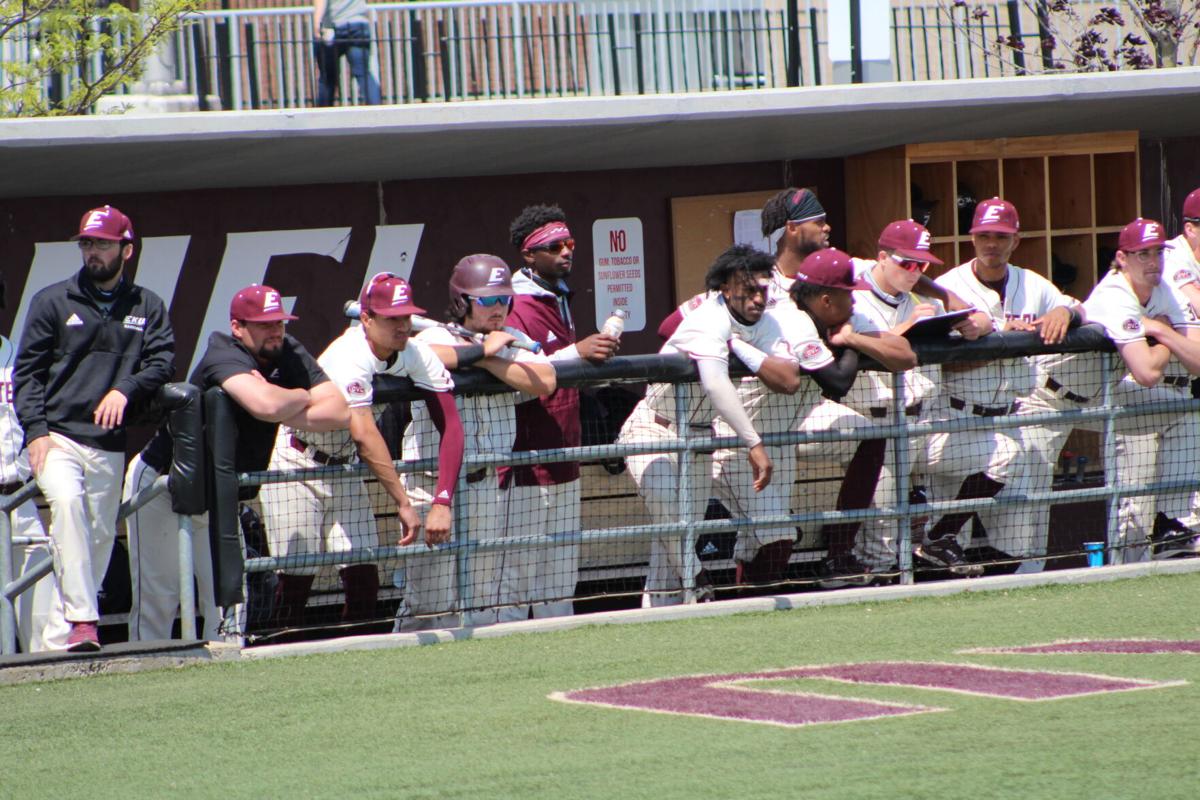 The Eastern Kentucky University baseball team cheers from the dugout on Tuesday afternoon against Morehead State at Earle Combs Stadium.

The Eastern Kentucky University baseball team cheers from the dugout on Tuesday afternoon against Morehead State at Earle Combs Stadium.

The Colonels were able to kick start in the bottom of the third inning with several big hits allowing two runs on the board.

The Eagles answered back in the top of the fourth inning and tied the game, 2-2.

Charlie Ludwick hit a double in the bottom of the fourth eventually sliding home for the Colonels to gain back the lead, 3-2.

MSU battled back, doubling their points in the top of the fifth to take the lead back, 4-3.

Going to the bottom of the fifth inning, the Colonels were not playing around, adding more points on the board and doubling them, 6-4.

EKU was only getting started in the bottom of the sixth, several runs from the Colonels and Kendal Ewell with a hit to left field and left the park, getting a home-run for the Colonels, 9-4.

The Colonels continued to go up for the rest of the game and take down the Eagles with a final score, 13-4.

Daniel Harris IV had one run and three RBI’s.

Cam Ridley drove in two runs and one RBI.

The Colonels improve to 13-22 overall and 7-11 in Ohio Valley Conference play.

EKU will travel to take on Murray State on Friday, April 23. First pitch is at 6 p.m. followed by a doubleheader on Saturday at 3 p.m.