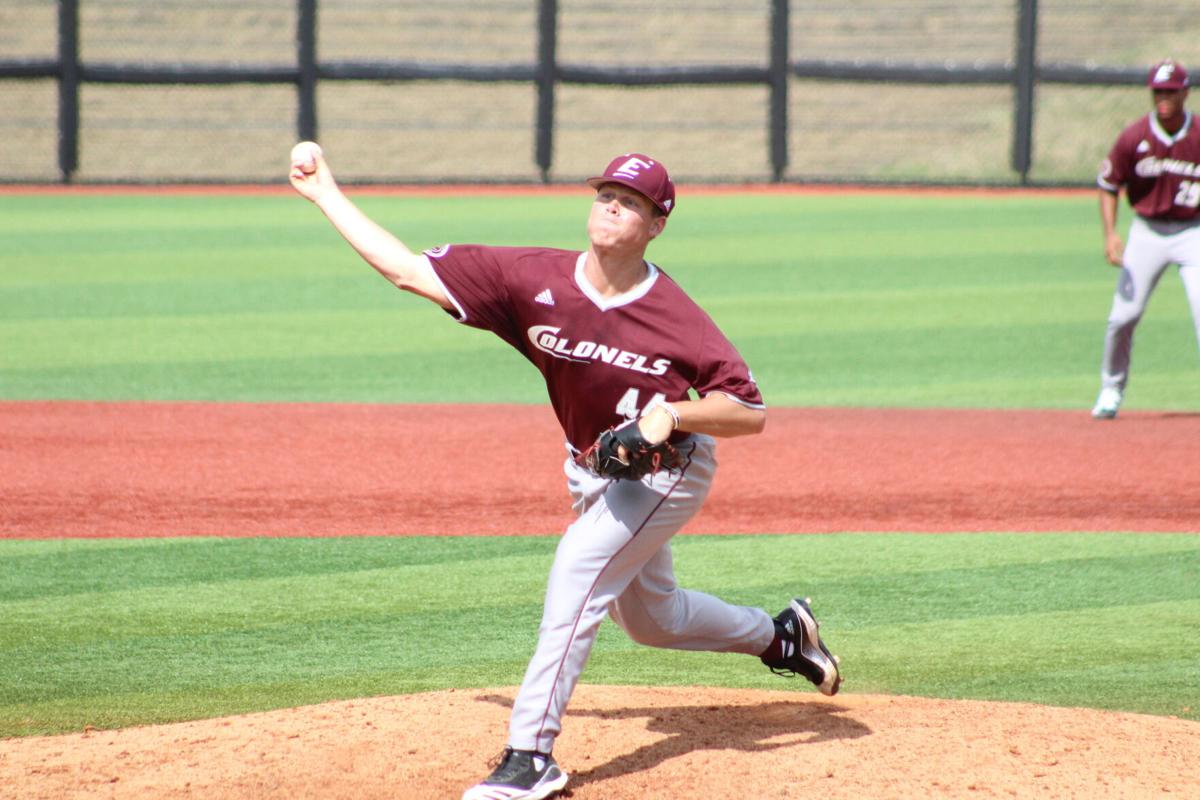 Eastern Kentucky University Nate Beavers pitches the ball in a game last season at the University of Louisville. 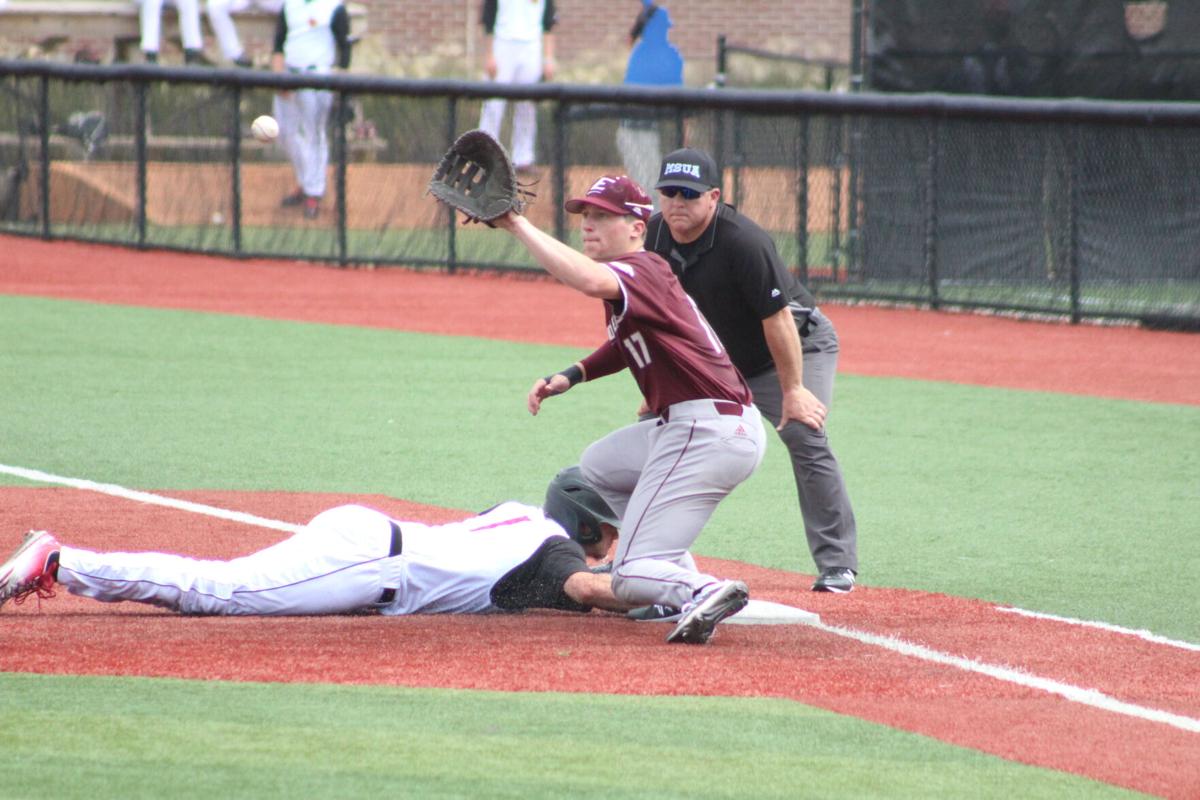 Eastern Kentucky University Charlie Ludwick prepares to catch the ball on first base in a game last season at the University of Louisville.

Eastern Kentucky University Nate Beavers pitches the ball in a game last season at the University of Louisville.

Eastern Kentucky University Charlie Ludwick prepares to catch the ball on first base in a game last season at the University of Louisville.

Eastern Kentucky University baseball will play their 2021 season opener with a three-game series against No. 15 Georgia Tech University on Feb. 19, 20 and 21 at Russ Chandler Stadium.

“We’re very excited and looking forward to a tough season,” head coach Chris Prothro said. “There’s not a lot of complainers, they just do the work and are excited about it.”

The two teams last met in 2002, where Georgia Tech won both games. Georgia Tech has swept the Colonels in the all series, 9-0.

Prothro was hired as the EKU head coach on Sept. 30 and this will be his first season coaching the Colonels.

“I wanted to be a head coach for a long time and wanted it to be the right time,” Prothro. “Everyone here has been wonderful, welcoming and supportive.”

EKU ended their 2020 season 12-2 and by winning eight straight games, which was the longest winning streak since 2005, according to EKU Athletics.

“We expect the program to be highly competitive and we expect a dog fight each and every weekend,” Prothro said.

In a preseason poll, the Colonels have been picked to finish sixth in the Ohio Valley Conference.

“Our players are very much excited,” Prothro said.

The three-game series will air on ACC Network Extra. The first game is scheduled for 2 p.m. on Friday. Followed by 2 p.m. on Saturday and the series finale at 1 p.m. on Sunday.