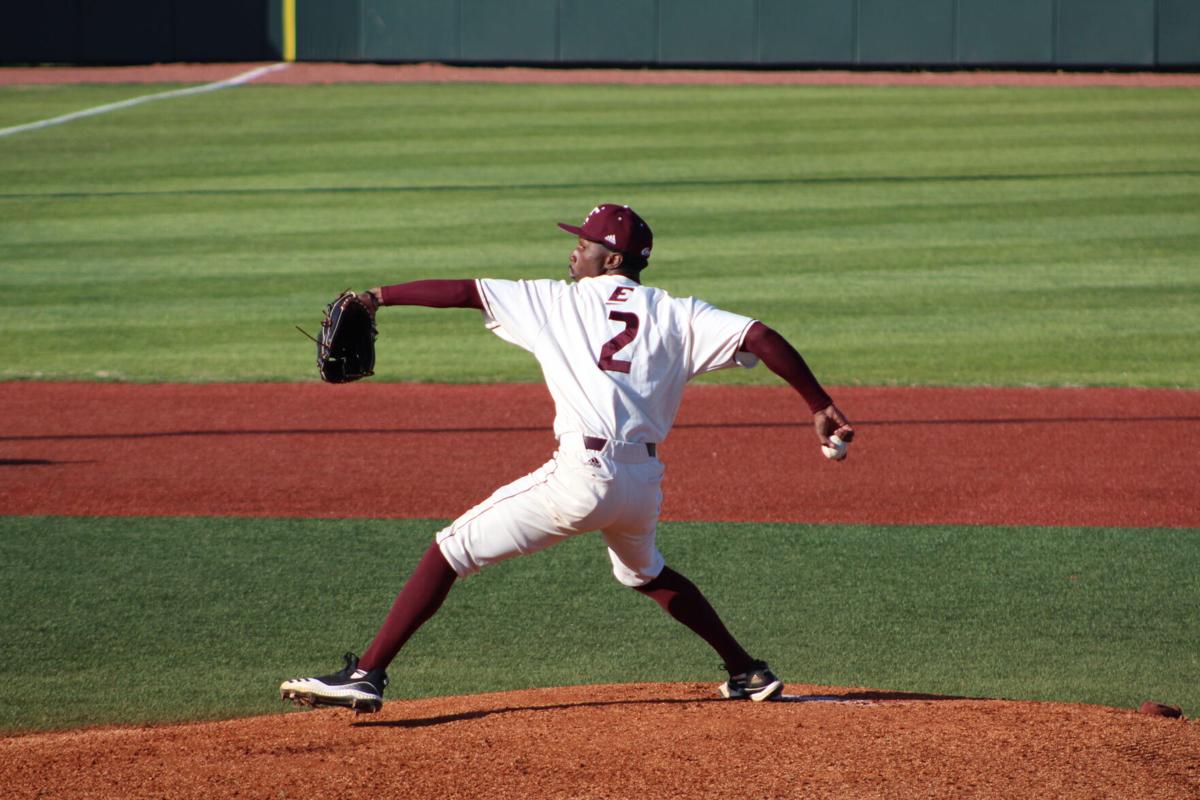 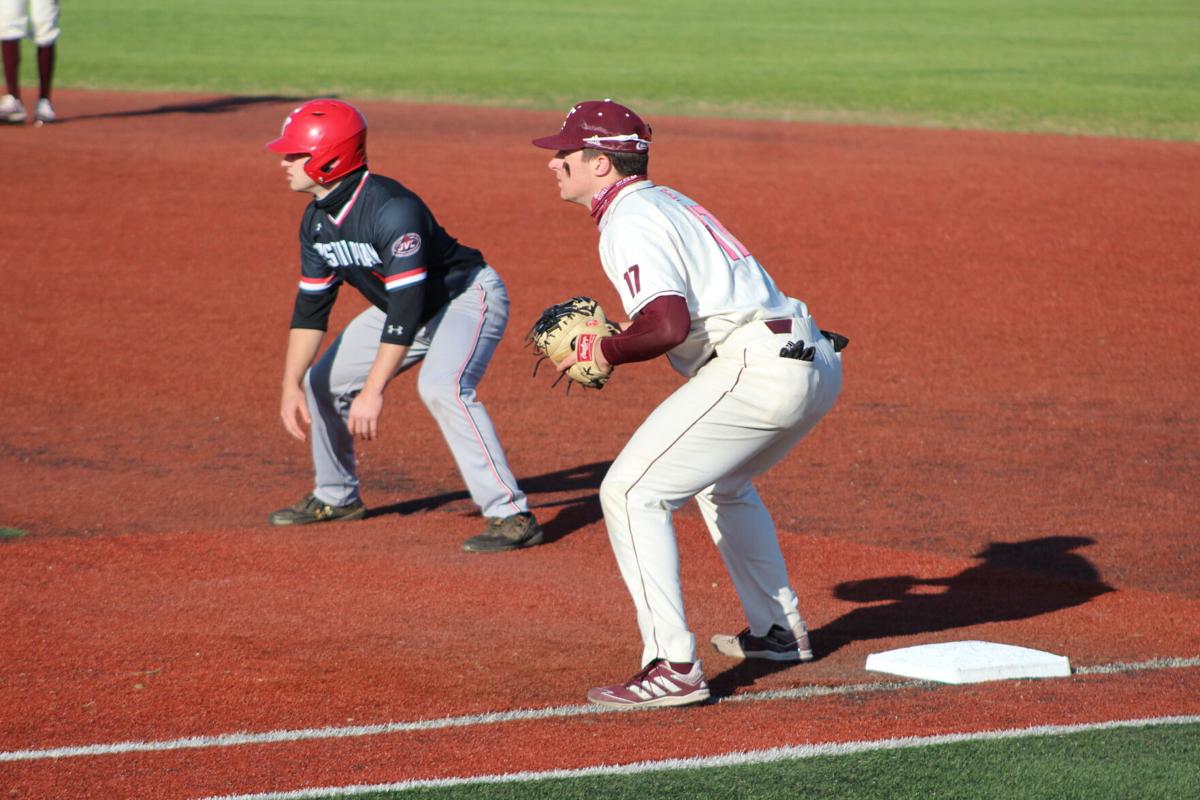 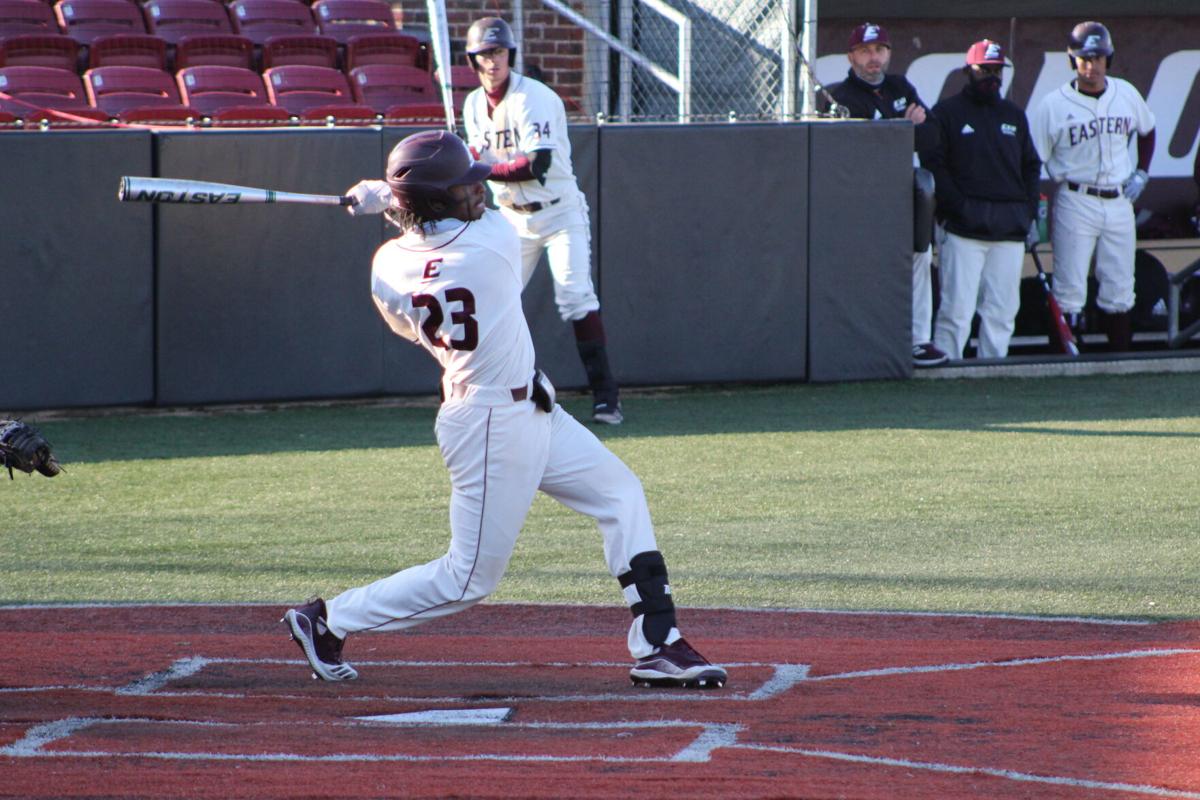 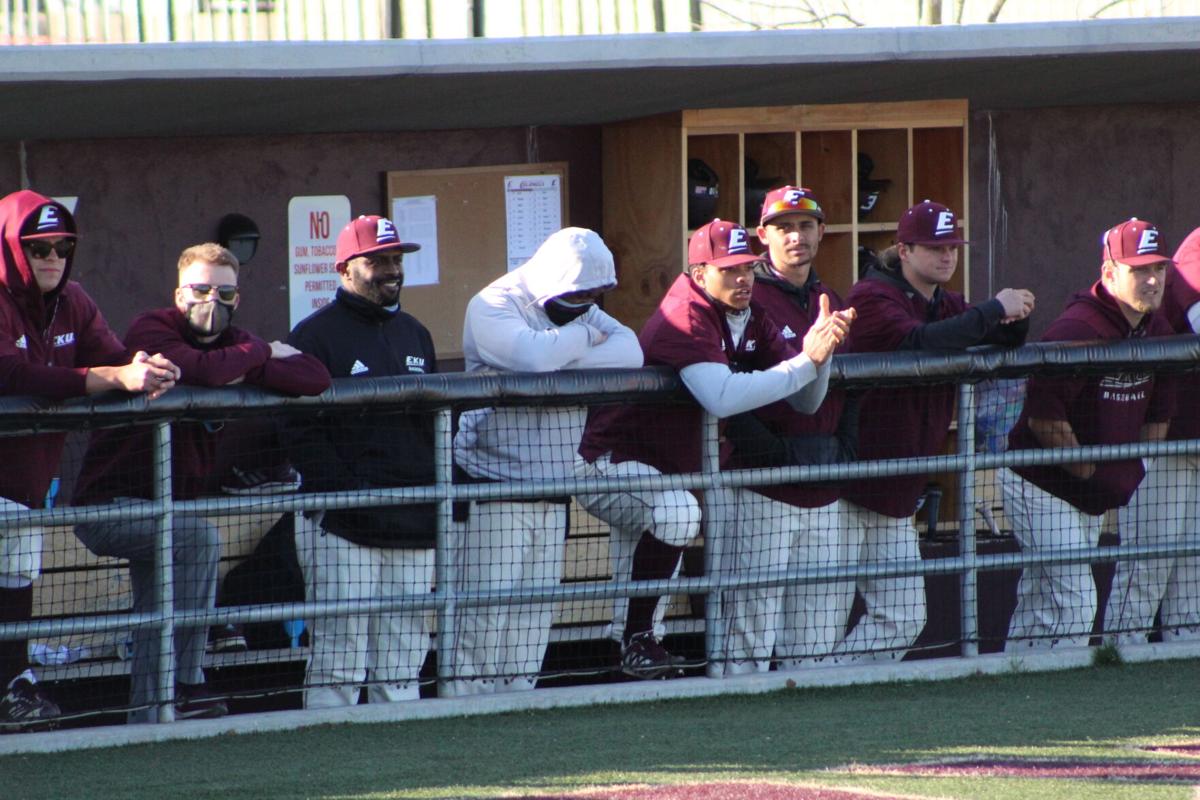 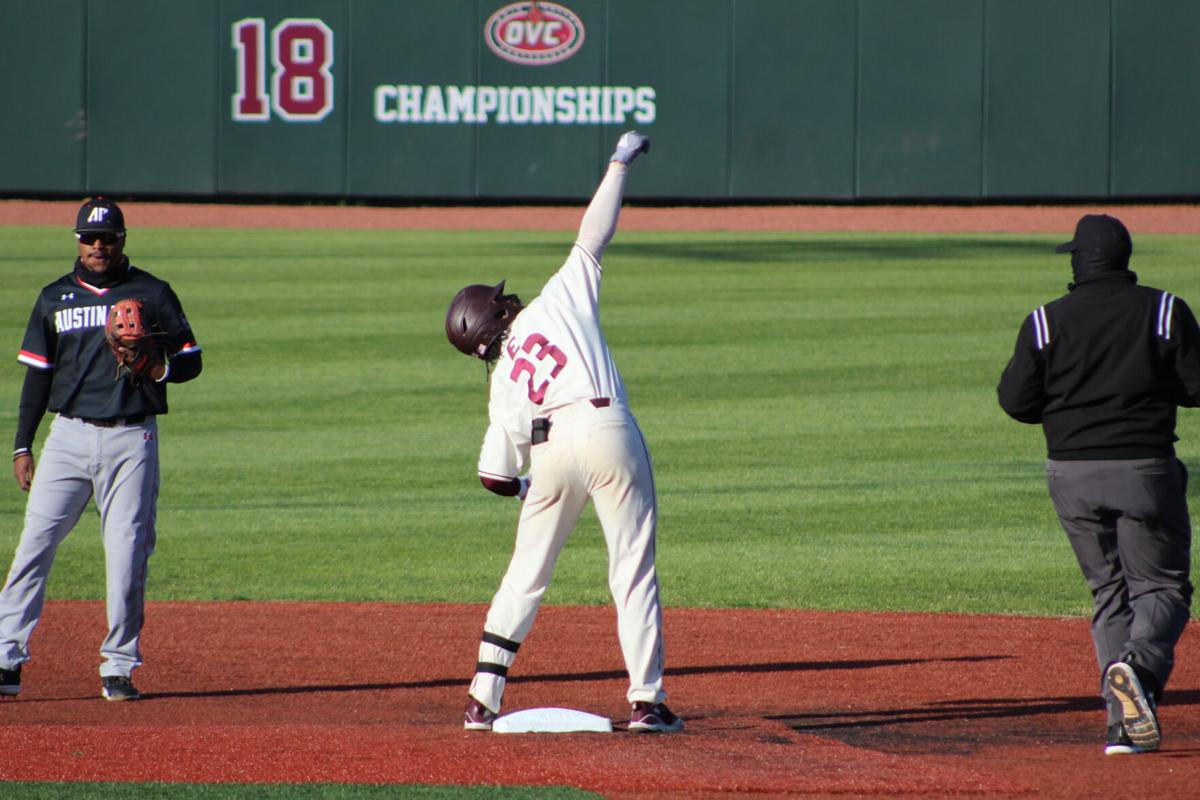 Eastern Kentucky University Cam Ridley celebrates after making it to second base against Austin Peay on April 2 at Earle Combs Stadium.

Eastern Kentucky University Cam Ridley celebrates after making it to second base against Austin Peay on April 2 at Earle Combs Stadium.

The Eastern Kentucky University baseball team hosted a three game series against Austin Peay that started Friday night and concluded Saturday, April 3. The Governors won the first and third game of the series.

Coming into Friday, the Colonels were in a low spot as they had lost their last five games giving up an average of 12.8 runs over the course of the stretch.

Austin Peay continued this high scoring streak as they beat EKU in game one, 15-9. The Colonels got ahead early in the first inning thanks to a Daniel Harris IV infield single and a Caleb Upshaw two run home-run to left field. In the third inning down 4-3, with the bases loaded and two outs, Kendal Ewell hit a single out to center field that cleared the bases due to a fielding error. Designated hitter Brent Lovell would follow up with a double down the left field line to score Ewell to put the Colonels up 7-4.

Three runs would not be enough of a cushion as the Governors would strike back with four runs of their own in the next half inning that involved three quarters of a cycle. With a runner on first, Garrett Spain hit an RBI triple. Bobby Head would then come through for an RBI single and Ty DeLancey smashed a two run home-run to take the lead once again, 8-7.

Between the fourth and eighth innings, Austin Peay would score the next seven runs while the Colonels would be scoreless. Two of these runs would come from miscommunication as a wild pitch and passed ball.

EKU would try to muster a comeback in the bottom of the ninth, but the eight run difference was just too much as they could only plate two from a pinch hit Manny Jackson homerun falling 15-9. Harley Gollert picked up the win for APSU advancing to 2-3. While Jake Abbott took the loss for the Colonels moving to 1-1 on the season.

Both teams came back Saturday for a noon first pitch in what was the start of an immediate doubleheader.

EKU would once again be the first team to strike in the first inning from a fielding error and a sacrifice groundball to take an early 2-0 lead. The Colonels would pad their lead scoring a run in both the third and fourth innings from a Max Williams home-run and Santiago Peralta single. Colonels starting pitcher Jake Lewis was lights out for the first five innings giving up only two hits and zero runs. Lewis wouldn’t get into trouble until the sixth inning when Garrett Spain would hit a solo home-run. After two straight singles and 92 pitches, Lewis was relieved by Bryce Travis. With two outs in the inning Travis would walk the bases loaded and then walk Tyler Cotto to push another run across.

In the following inning Garrett Spain would come to the plate again and would hit his third home-run of the series with this one being another solo shot to inch closer as EKU led 4-3.

In the bottom half of the seventh, the Colonels would tack on another run through a sacrifice fly.

The highlight of the game happened the following inning when the Colonels would connect on back to back to back homeruns from Kendal Ewell, Charlie Ludwick, and Logan Thomason.

With padding of six runs between themselves and Austin Peay going into the ninth inning, Will Brian would go on to get the save even with the Governors scoring one with a double.

In the rubber match immediately following game two would be a pitching duel on both sides. It would take a tenth inning, but Austin Peay would go on to win, 3-1.

The first six innings would be smooth sailing for both starting pitchers. EKU’s Darren Williams and APSU’s Drew McIllwain only allowed six hits and 12 strikeouts combined in the first six innings. McIllwain didn’t get into trouble until the seventh when the lead off hitter Daniel Harris IV hit a solo homerun to take a late 1-0 advantage for EKU. Drew McIllwain would soon exit the game after six and a third innings pitched with the damage already being done.

EKU’s Williams wouldn’t get into choppy waters until the ninth inning. When trying to go the distance, there would be a runner on second with one out. Governors TJ Foreman stepped to the plate and in the most pivotal at bat of the game singled up the middle to tie the game and force extra innings. Williams would then exit after pitching eight and a third innings. Jake Abbott would come in and stop the bleeding.

In the tenth inning, Will Brian now pitching Austin Peay was able to get another late rally going as a Ty DeLancey double and a Tyler Cotto single would score a pair and give the Governors their first lead of the game. EKU would once again have a chance to win the game, but would come up empty. In the ninth and tenth innings, the Colonels would go zero for six at the plate. Austin Peay went on to win 3-1.

After great pitching performances from Drew McIllwain and Darren Williams, they both end up with no decisions in this game. Sebastian Martinez earned the win for APSU improving to 2-1 on the year. While Will Brian was handed the loss dropping to 1-1 this season.

The Colonels move to 9-17 on the season and will play at the University of Tennessee Tuesday, April 6 at 6:30 p.m.