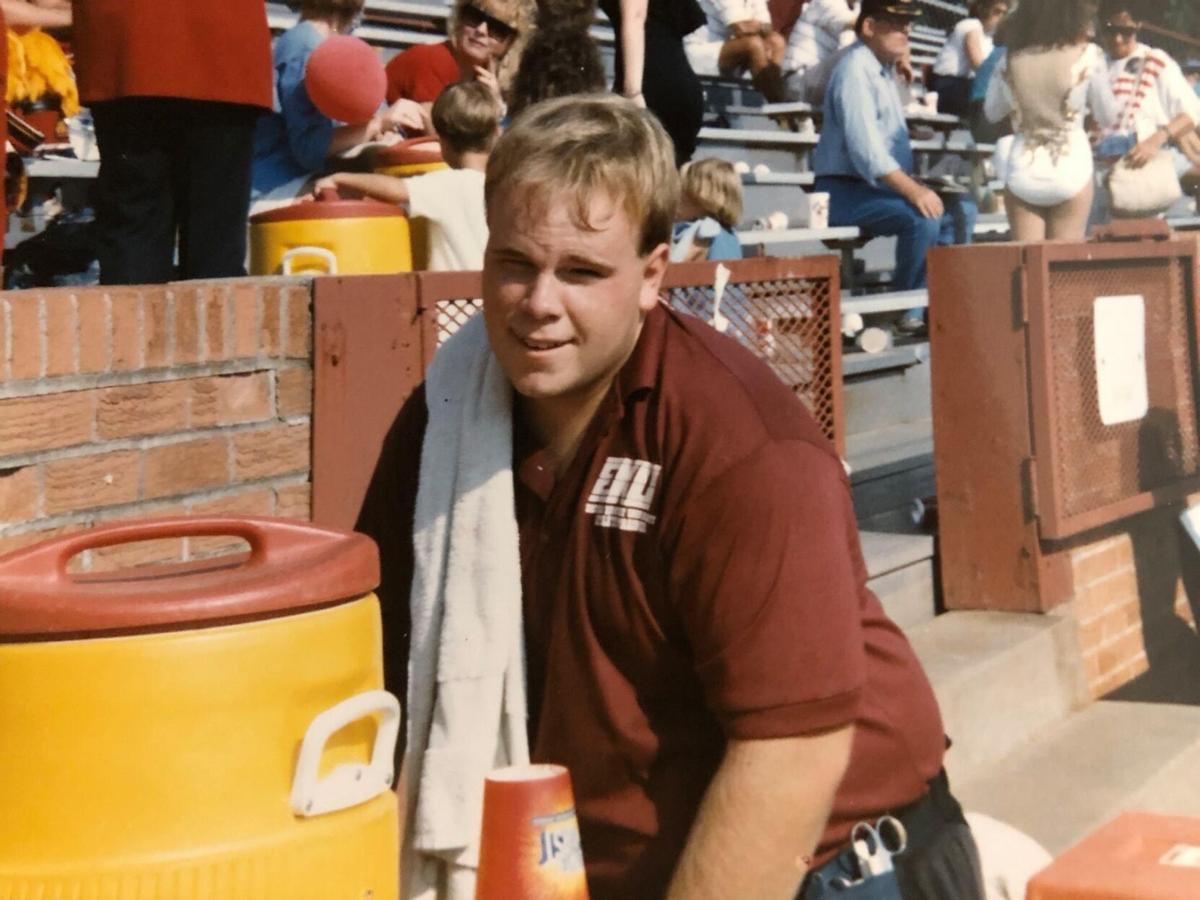 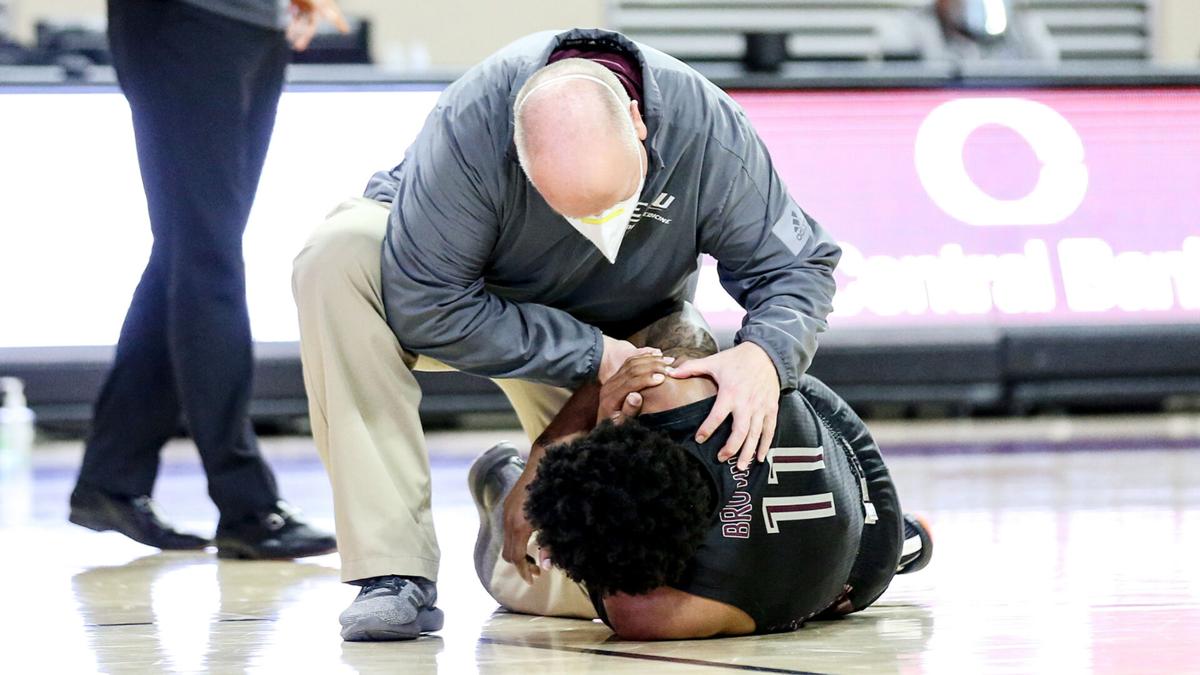 Jeff Carrico’s journey in sports medicine started when he was younger. Carrico wanted to play football but instead worked as an equipment manager for his friend’s dad, who was head coach of his grade school football team.

“He sort of taught me how to tape two fingers together and those types of things,” Carrico said. “That led into my high school journey, where I was a student athletic trainer for my high school many years ago.”

Carrico said he worked throughout high school as a trainer, which furthered his interest in sports medicine. After graduating from high school, he said he visited Eastern Kentucky University to look at their sports medicine program. He met with Dr. Bobby Barton, was an athletic trainer in the program at the time and is now professor emeritus, meaning Barton is retired but still holds his title.

“I had a great visit and I knew that I definitely wanted to come to Richmond and Eastern Kentucky so I did,” Carrico said. “I had a great journey in undergraduate school, I learned a lot and was able to do quite a few things as a student athletic trainer. I tell people I would never change a thing about my undergraduate days here at Eastern.”

Carrico said his experience at EKU in the early nineties has helped lead him in his job as an athletic trainer for 28 years. Carrico completed his bachelor’s of science degree at EKU in 1993 in physical education with a focus in athletic training and secondary education. He went on to get his master’s degree in education with an emphasis in sports management at Northern Illinois University in 1995.

Carrico continued his athletic training career at the University of Cincinnati, where he worked as assistant athletic director for sports medicine from 2007 to 2011. Carrico said Cincinnati was making changes to get rid of his position so he decided it was time to move on. He went on to serve as the assistant director of sports medicine at DePaul University from 2012 to 2017. After five years, he would move to Central Michigan University to serve only two years as associate athletic trainer.

“I always knew I wanted to be back in the director's role and when Eastern opened up, Dr. Barton and some of my longtime friends and classmates called me up and said you need to come back and take this job at Eastern Kentucky,” Carrico said.

In July 2019, Carrico decided to come back to where he first embarked on his sports medicine career and was selected as the university's assistant athletics director for sports medicine.

Carrico said that EKU men’s basketball coach A.W. Hamilton was a former student athlete of his at Marshall University, where Hamilton played basketball.

“To come back and to work with A.W., we’ve had a great relationship for 15 years,” Carrico said. “A great friendship and to come back and work with him, has been quite a neat experience for me also.”

Carrico said the hands-on experience he received at EKU while working on his undergraduate degree is what has helped his career.

“As an undergraduate student, I got to travel with the baseball team and the volleyball team on my own,” Carrico said. “That was part of the educational process back when I went to school and that was a wonderful experience because I got to build relationships with the student athletes, coaches and the staff athletic trainers.”

Carrico said working alone helped him learn quicker because he didn’t have an athletic trainer following along. He was allowed to make decisions based on what he had learned in classes. He said it also helped him develop a work ethic and confidence in this career.

“It was a wonderful experience and I wish students today in the masters level program could do what I did, back in the undergraduate school,” Carrico said.

Carrico said that students are now coming out with more book knowledge instead of hands-on experience.

“This is a very hands-on profession and I feel like you can read a powerpoint, you can read a book and you can do different things to study but until you get your hands on people, that’s the real experience,” Carrico said. “I feel like students today don’t get as much as what they need.”

Carrico has a passion for helping student athletes and making sure they are staying healthy, both physically and mentally. The most rewarding part of his job is helping his student athletes recover from injuries and being with them through the entire process.

“When a student athlete goes through some type of surgery, you’re with them for six or seven months of doing rehab with them,” Carrico said. “To see them go back out on the field or court, that’s like a win for me.”

Carrico said that in the sports medicine department at EKU, the staff has a motto that runs true to them because they always give it their all in hopes to better their student athletes.

“We have a phrase that we’re here ‘caring for the Colonels’ and I think that’s very true of my staff and of myself,” Carrico said.

Carrico oversees the entire program at EKU but his main focus in sports is men’s basketball and men’s golf.

“I mainly travel with men’s basketball but I’ve been helping out with football this year,” Carrico said. “ ... I also oversee men’s golf, those are my two sports that I work primarily and I travel full time with.”

Carrico preaches on being team oriented with his staff and lending helping hands to everyone involved with athletic training.

“One thing I really work with my staff on is that we’re very much of a team because we all need each other,” Carrico said.

Carrico said his day-to-day job as an assistant athletics director is always different.

“One of the good things about the job is that it’s not the same thing every single day because new student athletes walk in every day and sometimes have new problems every day,” Carrico said. “You never know whether it will be an illness or be a sprained ankle or concussion, you definitely have to be on your toes.”

Carrico said it’s always nice whenever homecoming comes around because he gets to see people that he hasn’t seen since college and it allows him time to reminisce with his former classmates, co-workers and even professors.

“Homecoming’s always a good time, it’s fun just to see people that maybe you haven’t seen in a year or even 10 or 15 years,” Carrico said.

Carrico hopes to be celebrating a win after the homecoming game on Saturday, Oct. 2 when the Colonels take on Tarleton.