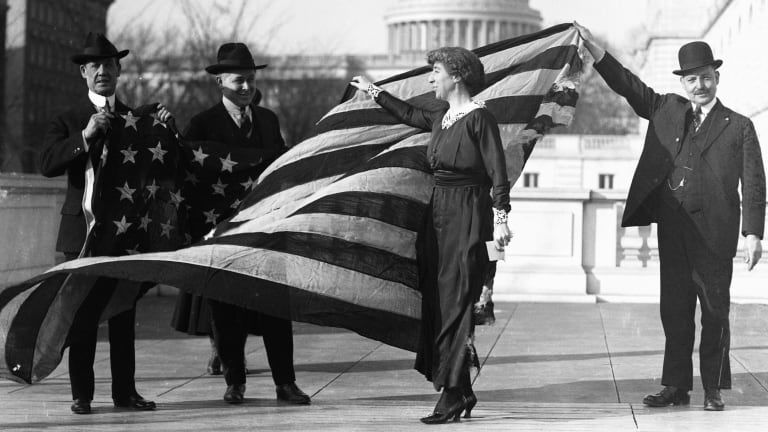 Jeannette Rankin was the first woman to be elected to the U.S. Congress as a representative of Montana. 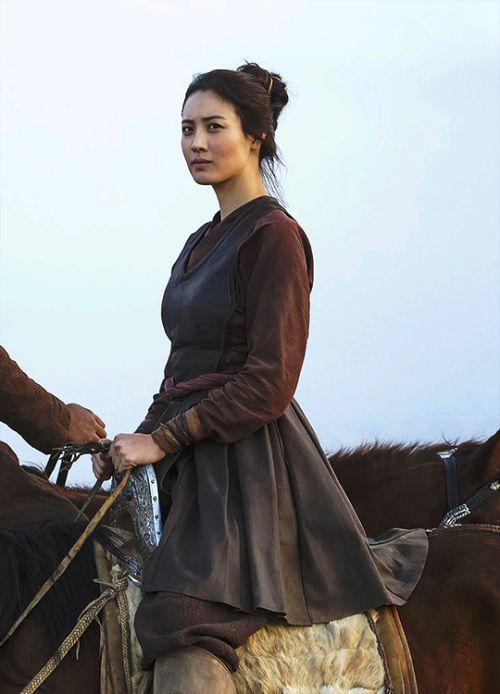 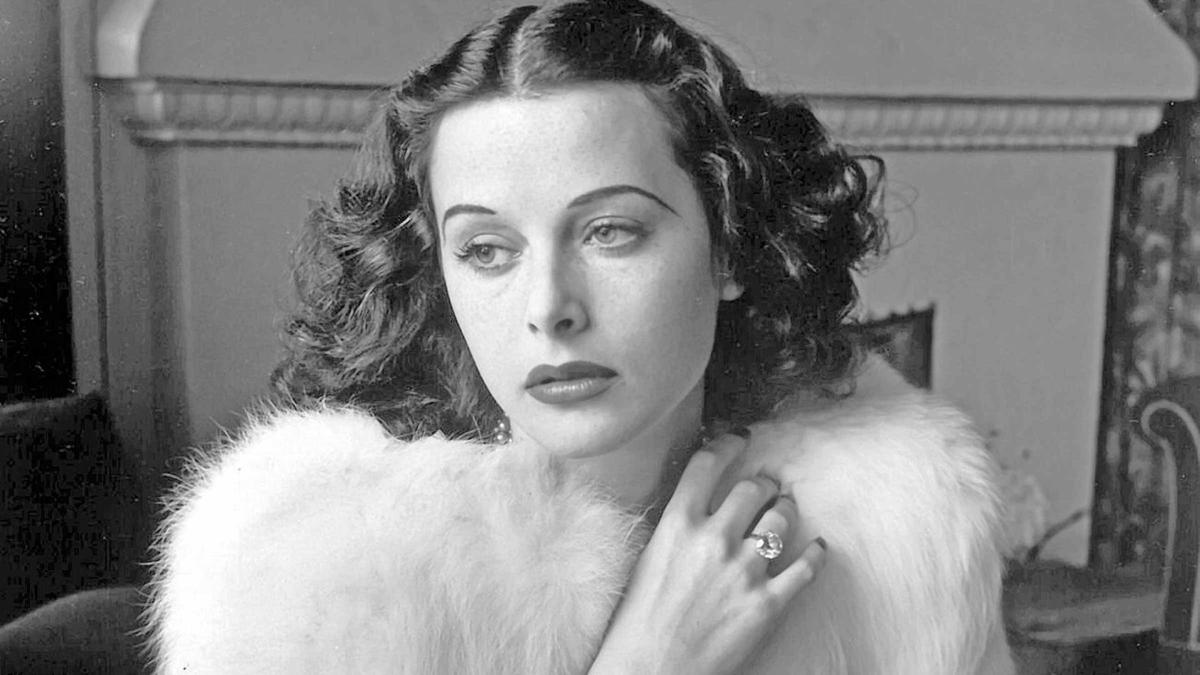 Hedy Lamarr was the first female to receive the BULBIE™ Gnass Spirit of Achievement Award (comparable to the Oscars but for inventing). 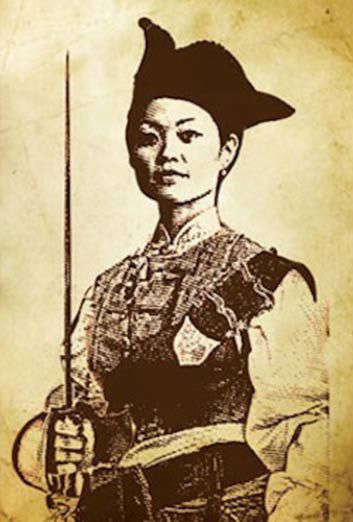 Ching Shih earned the nickname "The Terror of South China” for her command of a fleet of approximately 1700 ships. 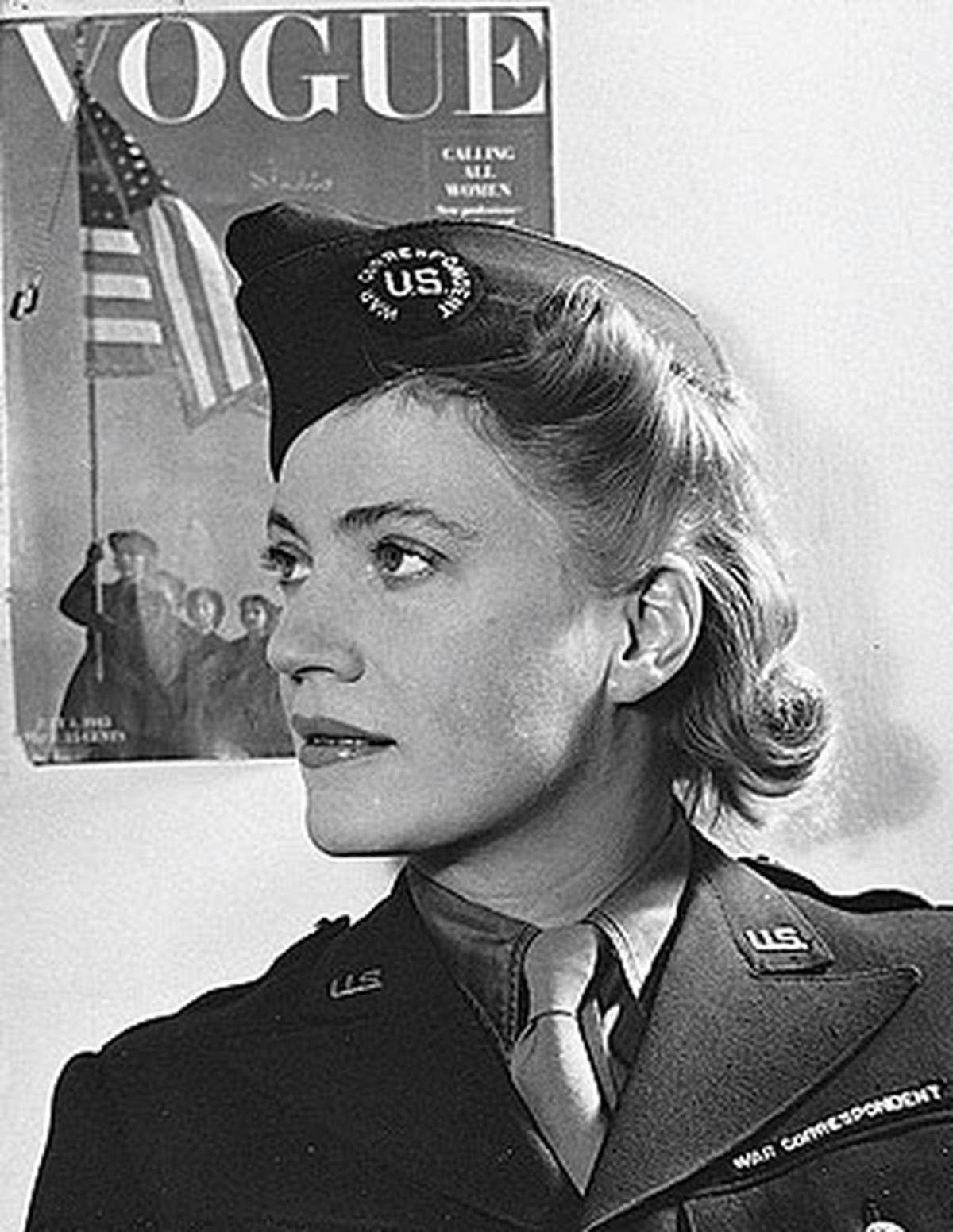 At the onset of WWII, Lee Miller went on to become a photojournalist and was the official ‘war photographer’ for Vogue.

Jeannette Rankin was the first woman to be elected to the U.S. Congress as a representative of Montana.

Hedy Lamarr was the first female to receive the BULBIE™ Gnass Spirit of Achievement Award (comparable to the Oscars but for inventing).

Ching Shih earned the nickname "The Terror of South China” for her command of a fleet of approximately 1700 ships.

At the onset of WWII, Lee Miller went on to become a photojournalist and was the official ‘war photographer’ for Vogue.

March is Women’s History Month, it’s a time when we can all look back at the women who have inspired positive change throughout history. While some of these women have received due notoriety, there are many who have been overlooked. Here are some women who you may have never heard of but who certainly deserve to have their names remembered.

Rankin was the first woman to be elected to the U.S. Congress as a representative of Montana. According to history.house.gov, at the University of Washington Rankin joined the women’s suffrage movement. She became a lobbyist for the National American Women Suffrage Association (NSWSA) and her efforts later helped Montana women gain voting rights in 1914. In congress, Rankin’s pacifistic views drove her to be the only congress member to oppose America’s participation in both world wars.

This woman’s story goes back further than Miss Rankin — much further. Khutulun, a Mongolian princess, was born approximately 1260. She had 14 brothers, which meant that from a young age she could hold her own in a wrestling match. As Khutulun grew into a young woman, she continued developing her combat skills—horseback riding, archery, and especially wrestling.

Her father’s clan valued physical strength above anything else and a common pastime was betting on intense wrestling matches. At these matches there were no rules about weight classes — anyone could fight anyone. Khutulun fought dozens of men and she was undefeated. According to documentation from the time, (even from travelers like Marco Polo) Khutulun’s father wanted to see his daughter married but she refused each time. So, they made a deal. Khutulun decided that she would marry the man who could defeat her in a wrestling match, and for each who failed they had to gift her 100 horses… she ended up with 10,000 horses.

Hedy Lamarr was an actress in the ‘Golden Age’ of Hollywood. Although Lamarr was a talented performer, she didn’t limit herself. At the start of WWII, she and her friend, composer George Antheil, began developing a technology to aid America’s efforts in the war. A frequency-hopping signal that could not be tracked or jammed by enemies. Although the Navy declined her creation, it paved the way for future technologies like cell-phones and Wi-fi. Fortunately, in 1997 Lamarr and Antheil were honored with the Electronic Frontier Foundation (EFF) Pioneer Award for their invention. Lamarr also became the first female to receive the BULBIE™ Gnass Spirit of Achievement Award.

Unfortunately throughout history, society has prevented many women from escaping certain expected roles, and for those who didn’t fit those roles, it could become a struggle to get by. Some women turned to prostitution to survive, including Ching Shih. But Shih wouldn’t stay in this life for long, and instead she would become one of the greatest pirates in history.

She and her husband obtained their fleet of ships together, when he died in 1807, Shih took over the 1700 ship-strong fleet becoming a well-known pirate lord. Shih created order and a type of governing system among the members of her fleet. Rules included how loot from captured vessels was divided, and what was done with prisoners. Men of her fleet were permitted to take wives from captured ships, however —  according to the code, they had to be faithful and care for their wives. Rape and unfaithfulness were both crimes for which one could be executed under Shih’s rule of law. Revered as a prosperous and formidable pirate lord, Ching Shih earned the nickname "The Terror of South China”.

Lee Miller
A highly sought-after model in 1920’s America, Miller found success both in front of the camera and behind it. At the onset of the second world war, while living in London, Miller found herself caught in the beginnings of the bombings of England. Despite pleas from friends and family to stay far away from the conflicts of the war, Miller went on to become a photojournalist and was the official ‘war photographer’ for Vogue. She documented the bombings of London, the aftermath of D-Day, the liberation of Paris, the abhorrence of concentration camps, and many other events. There is also a photo of Miller relaxing in Adolf Hitler’s bathtub after his death and the defeat of the Nazis.

These ladies are just the tip of the iceberg of women whose names, and their significance, have been lost throughout history. This women’s history month, I encourage you to discover more women and their achievements that have been forgotten and to share your findings with others. I believe it’s fair to say that history was often unkind and unjust to women, so honor the women in your life this month by sharing the amazing history of womankind.