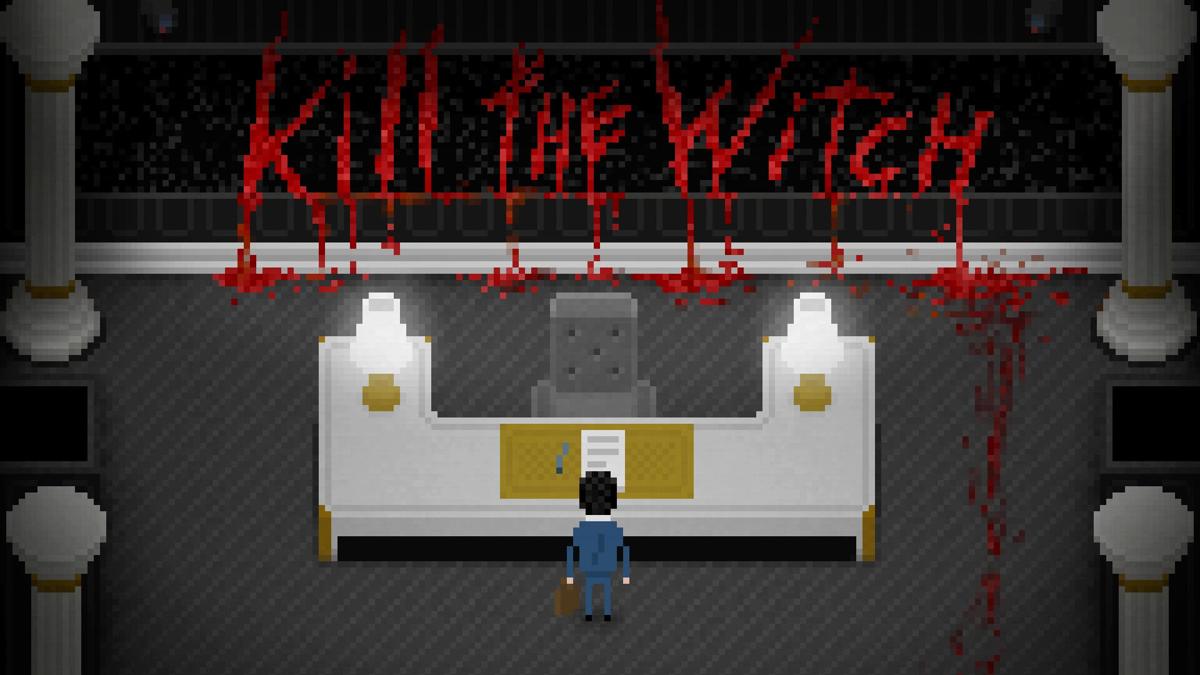 Brian finds his contract on his boss' desk during his first day on the job. How lucky! 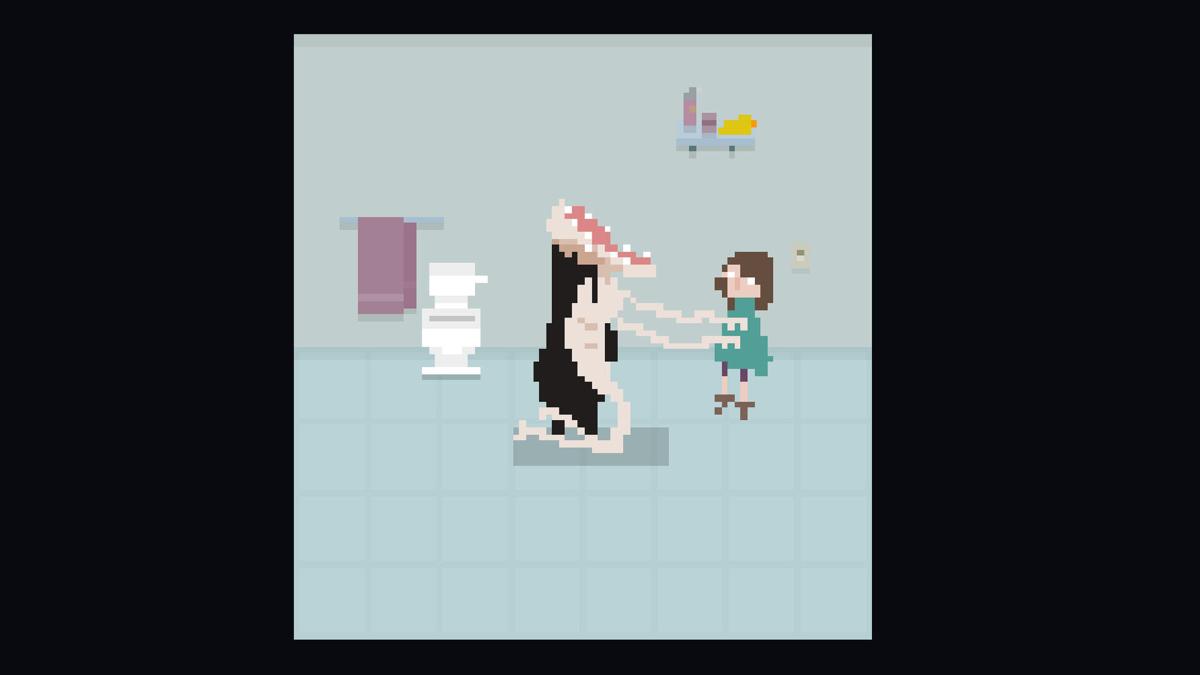 House features some monstrous, murderous, and truly abhorrent beings, one of which is shown here being picked up by a toilet friend. 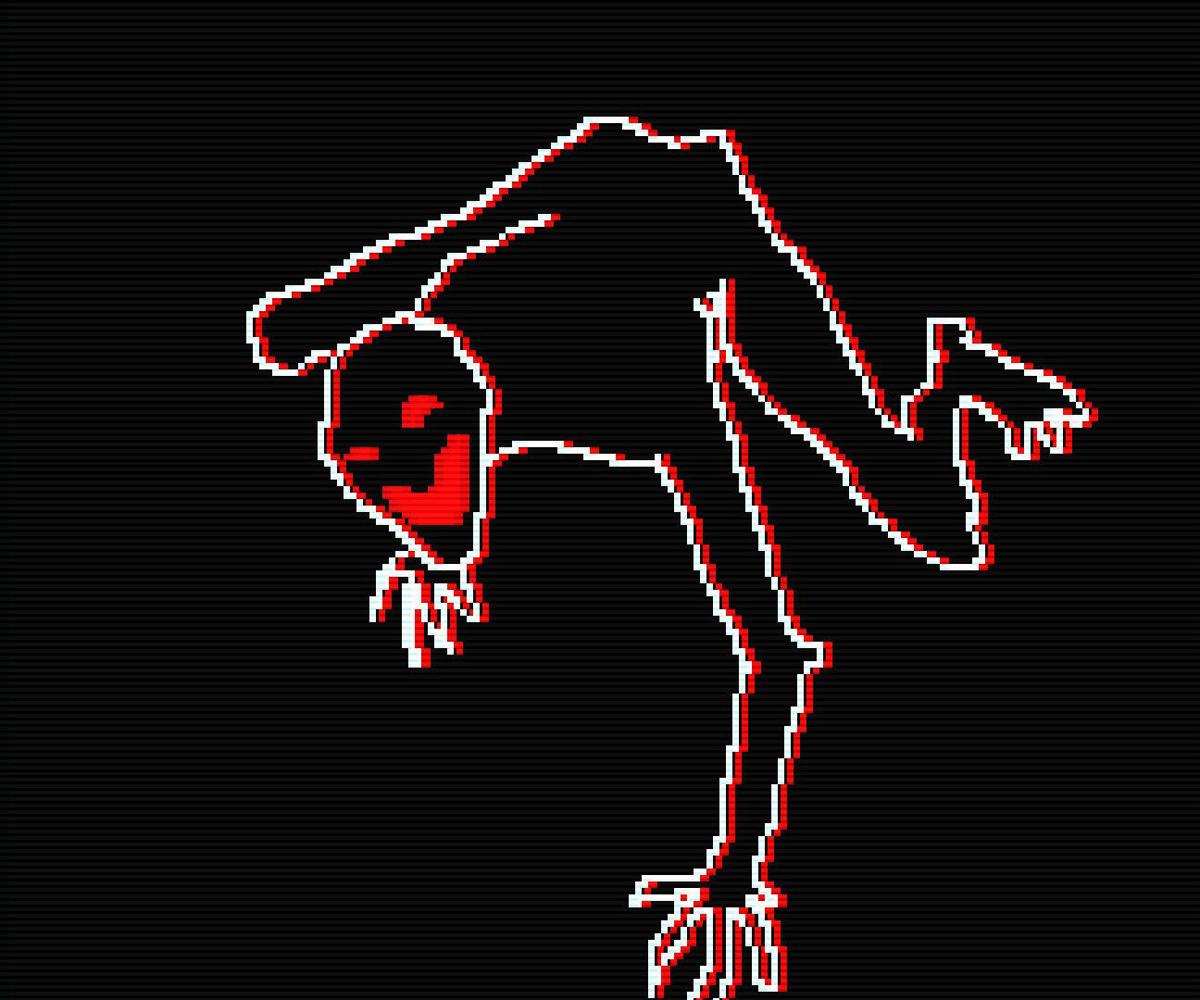 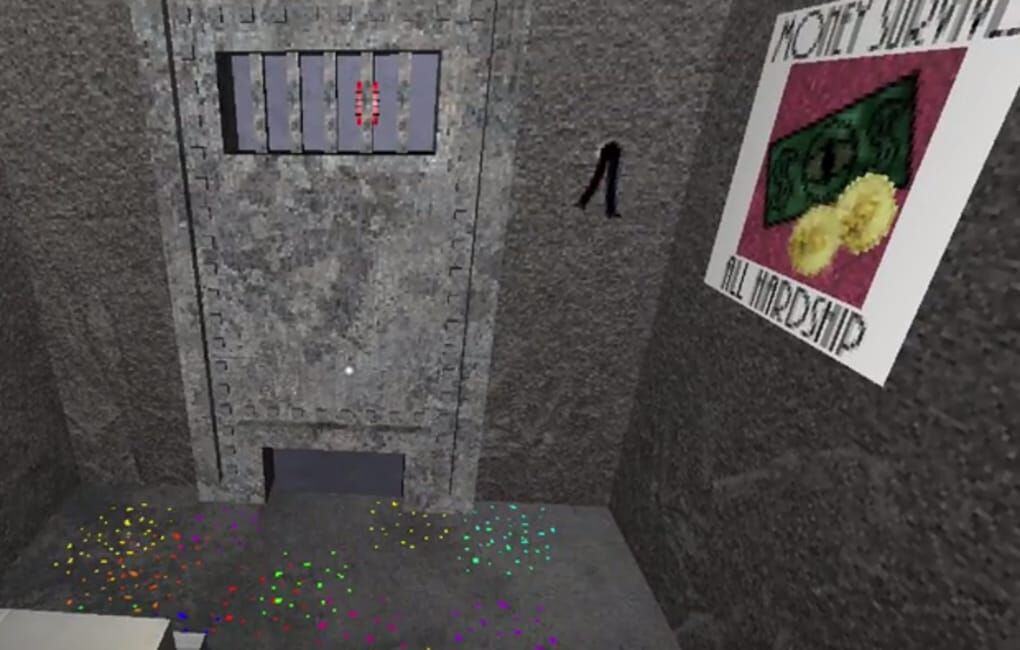 Presentable Liberty makes a point of keeping the player confined and scared, so get used to that door. You're gonna see a lot of it.

Brian finds his contract on his boss' desk during his first day on the job. How lucky!

House features some monstrous, murderous, and truly abhorrent beings, one of which is shown here being picked up by a toilet friend.

Presentable Liberty makes a point of keeping the player confined and scared, so get used to that door. You're gonna see a lot of it.

Iiiiiiiiiiit’s-a Spooky Month! Ain’t it grand? Tomorrow night (at the time of writing), there’s gonna be all manner of festivities. Kids are gonna be dressing up and trick-or-treating, adults are gonna be handing out candy and drinking questionable amounts of alcohol, and college students are gonna be watching horror movies while most likely also drinking questionable amounts of alcohol. But if you don’t have plans, or other people bailed on the plans you had before, I do have something that always puts me in the appropriately spooky mode. A genre of horror that draws upon the scariest thing of all: limited graphical capabilities. That’s right, for this Halloween night I’ve gathered some examples of my absolute favorite spooky subgenre, Pixel Horror! So pull up a rickety folding chair, get yourself a bag of candy that’s clearly meant for a neighborhood and a bag of chips that you’re too lazy to look at the ‘Best by’ date on, and be prepared to enjoy some scary games with a pixelated charm to them!

To start our list, an indie game made by developers, Baroque Decay, (Man, what a cool name!) that depicts the looming dread of starting your first job. As underqualified office worker Brian Pasternack, you are suddenly hired into the largest company around for a single purpose: Kill The Witch. Of course, your combat capability is close to zero and you’re woefully underprepared for even the most basic of office work, but I’m sure you’ll be fine. Yuppie Psycho uses pixel art not only for gameplay, but also incredibly well-animated cutscenes. The soundtrack is excellent, there are a ton of easter eggs and a wide variety of endings, and some moments that made my best friend truly, truly uncomfortable. That’s the mark of true artisanship right there. The game also features collectable live action sequences throughout which provide ... well, something. I’m honestly not sure what to make of them, but they sure are creepy.

House is a bit of a short and simple game, but it is anything but straightforward. Instantly the player can tell that Bark Bark Games, the studio behind the knotted pixel horror amalgamate that is this game, put a lot of effort into the ambience of a house that is very quickly turning against the inhabitants within. You play as a little girl caught in a time loop, trying to make sense of the house as she and her loved ones are all placed in great danger. But no matter what she does, she can’t prevent the next loop from coming, and so players must go back, forth, kill, be killed, until both sides of time are revealed. Naturally, like most time loop games of its ilk, House features a very in-depth variety of ways in which to interact with various facilities and items around the residence which players will use to solve puzzles, or ruin them. The choice is theirs.

Faith is a unique case on this list because it’s actually still currently in development. The game is told in an episodic manner, but the first episode is free and the second is currently available for the honestly bizarrely low price of $1. Faith uses Atari-style graphics, easily the most simplistic of any game on this list, but it uses them to its advantage in incredible ways. Players take the role of a priest attempting to free different areas from evil, with the only method of interaction being a single cross that wards curses and demons ... to an extent. Whether the priest himself is trustworthy is up to the player, though. Despite the simple aesthetics, the game is truly terrifying at times, and the deceptively deep lore keeps players restarting the game to find new dialogue, hidden endings, and easter eggs as they slowly delve deeper into encroaching madness.

The only first person game on this list, Presentable Liberty is a longform pixel horror game in which the player is restricted of all freedom. Quite literally. The game takes place entirely in a small cell, and the narrative is told in the form of letters that the player receives from people in the outside world. While this game will not surprise you with any jumpscares or scary knife wielding lunatics like the one behind you, it paints a terrifyingly grim picture of the doomed world you find yourself in, and does such a good job at making the player feel hope and despair on a quite frankly disturbing level that the limited movement the game provides you with only furthers the effects of the messages behind it. The game is completely free and only a couple hours long, so it can easily be completed in a single sitting, but I would recommend against drinking with this one. It’s a dark, deep, and terrifying ride.

Aaaaaaand that’s all I’ve got for ya! Of course, there are a TON of other fantastic pixel horror games out there, but these are just a few of my personal favorites (Yes, even Corpse Party, leave me alone). If you want, feel free to contact us at @easternprogress on Twitter and Instagram to let us know a couple of your own favorites. In the meantime, don’t party too hard, okay? Never know who’s watching.