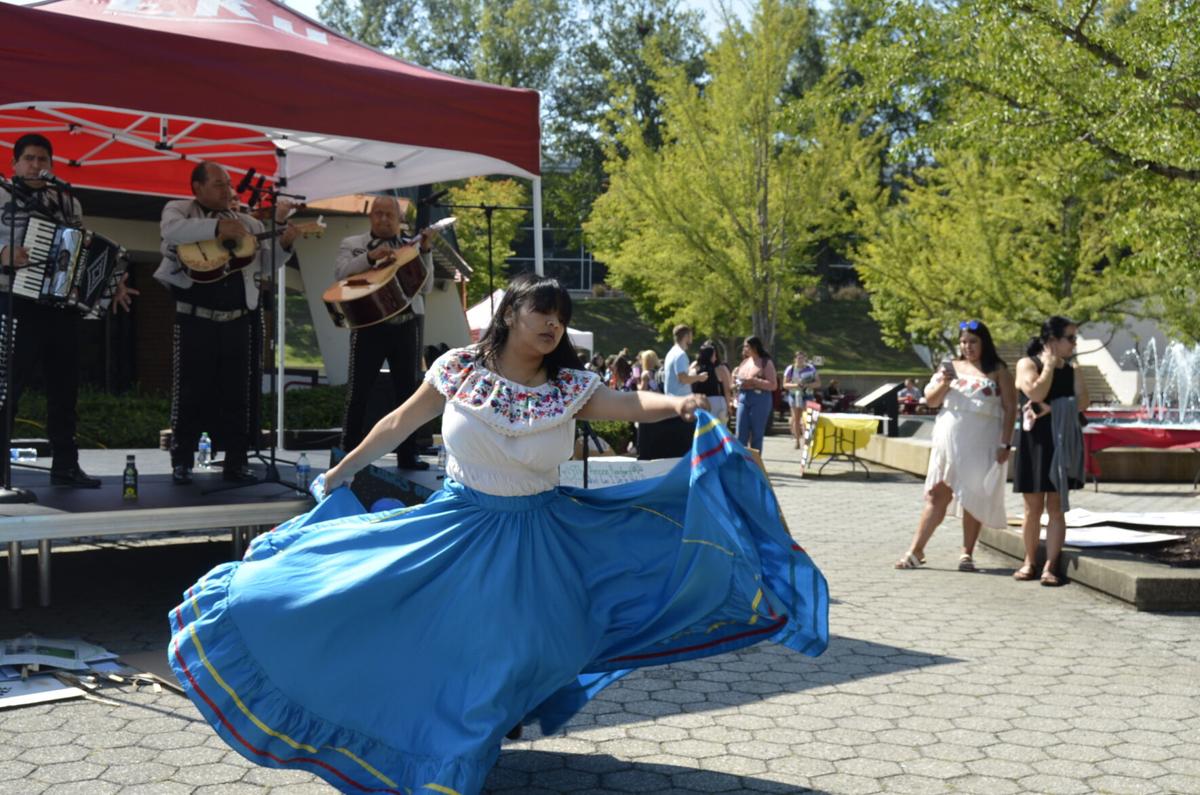 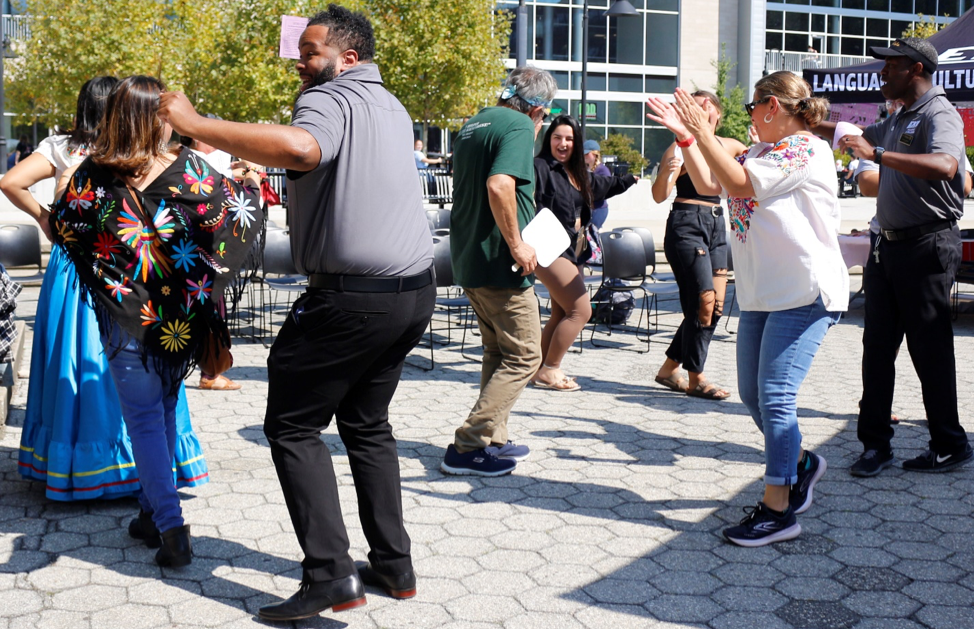 EKU students and faculty dance during the Latino Street Fair on Sept. 29.

EKU students and faculty dance during the Latino Street Fair on Sept. 29.

Latino Heritage Month is celebrated from Sept. 15 to Oct. 15 during which the Latino cultures and communities of Latin America are commemorated.

Students and faculty at Eastern Kentucky University celebrate the month by educating others on Latino culture through different events such as the Familia Carne Asadas & Potluck, the Chautauqua lecture with keynote speaker Cristobal Salinas Jr. and a panel discussion about Latinx presence, resilience and engagement at EKU.

The largest event is known as the Latino Street Fair. At this pop-up fair, people can play soccer and other games, eat food such as arepas and empanadas, listen to a mariachi band play, dance and learn about many Latin American countries and organizations on campus.

The Latino Street Fair featured posters around Powell Plaza showcasing different Latin American countries so students could have an opportunity to learn more about other countries. Spanish classes contributed to the posters.

“We wanted to educate the EKU community about the diversity of the Latino culture. Before, there was not much, and they thought of Latinos as one [ethnic] group without exploring all of the diversity of other countries,” said Socorro Zaragoza, professor, advisor and chief diversity officer for the College of Letters, Arts, and Social Sciences.

The Latino Street Fair at EKU first debuted in 2011. This year is the 10-year anniversary of the Street Fair. It is a way to showcase many different cultures around Latin America.

“Exactly what Doctora [Zaragoza] said, that it is about educating the EKU community and beyond; about the diversity of Latino cultures here on campus and also to give the students an opportunity to show off their culture,” said Abbey Poffenberger assistant professor and department chair of Language and Culture Studies, Anthropology, and Sociology.