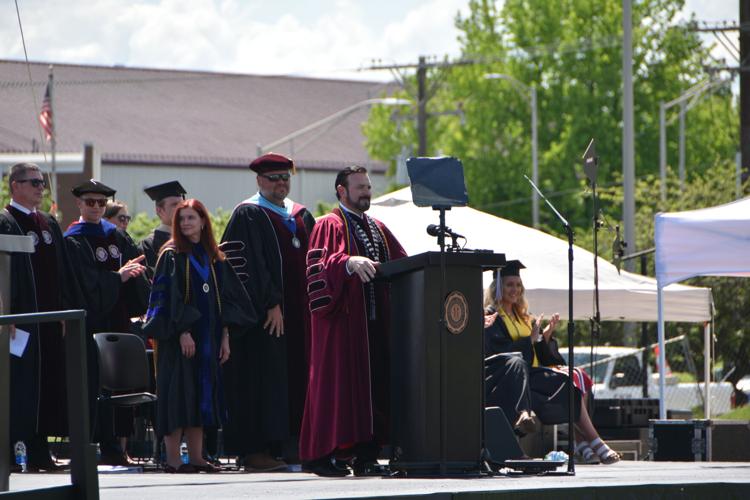 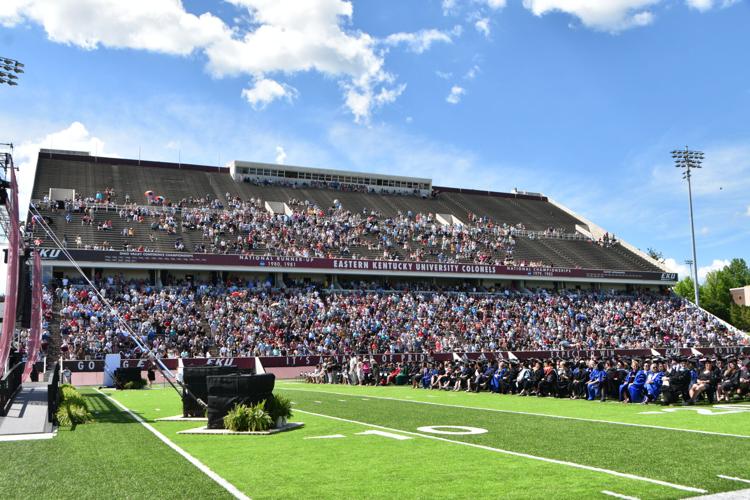 The graduating class and audience listen during the afternoon graduation ceremony. Over 2,000 students graduated from Eastern Kentucky University on Friday. 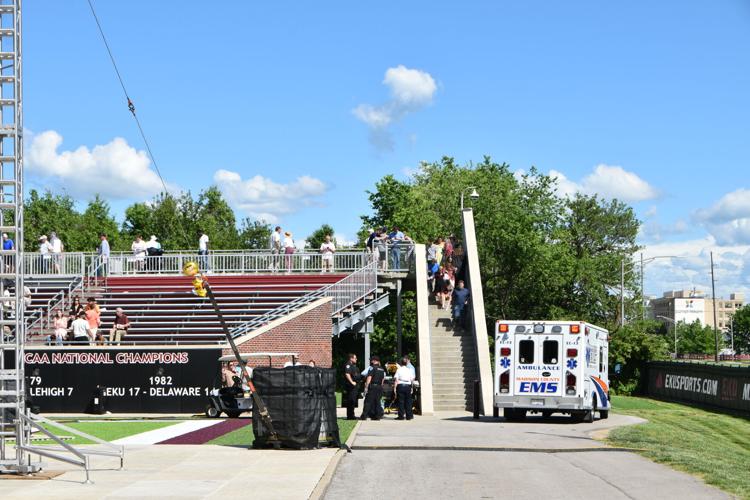 Paramedics outside an ambulance during EKU's afternoon graduation ceremony on May 13. Several people were treated for heat related symptoms throughout the day.

The graduating class and audience listen during the afternoon graduation ceremony. Over 2,000 students graduated from Eastern Kentucky University on Friday.

Paramedics outside an ambulance during EKU's afternoon graduation ceremony on May 13. Several people were treated for heat related symptoms throughout the day.

The ceremonies did not come without issues. At the start of the first ceremony, there were not enough chairs put out on the football field for all the graduates and faculty.  A delay occurred in response as the faculty was asked to move to the visitor side of the football field and more chairs were placed on the field. As a result, it was 30 minutes before the procession was seated.

Volpenhein, who received a double major in English and Communications, spoke about how many struggles led to graduation.

“Graduating is good because of the persistence that it took to get us here,” said Volpenhein.

Friday’s summer heat caused a number of issues throughout the ceremonies as well. Several graduating students and audience members were treated for heat-related symptoms throughout the day. By 1:15 p.m., more than three hours after the first ceremony’s start time, as those remaining at the morning ceremony were leaving, it was 82 degrees in Richmond. The second ceremony started at 3 p.m., and it was 86 degrees within an hour. Several graduates had to leave the field and rest in the shade to apply ice packs and hydrate. EKU staff were handing out water bottles to the graduates and faculty on the field. One graduate collapsed as her college was standing for the conferring of degrees and was taken into an ambulance on a stretcher.

Bethany Evans, who received her bachelor of science degree in forensic biology, had to rest in the entrance to the football locker room, where several people were tended to by emergency medical personnel. Evans said she had been standing on the blacktop since 1:30. When she arrived on the field, the heat became too much.

Evans said she witnessed another student who was there to graduate but ended up going to the hospital.

“It’s so sad; this is her graduation, it’s supposed to be the best day of her life,” said Evans.

The Eastern Progress will update this story as we get more information.