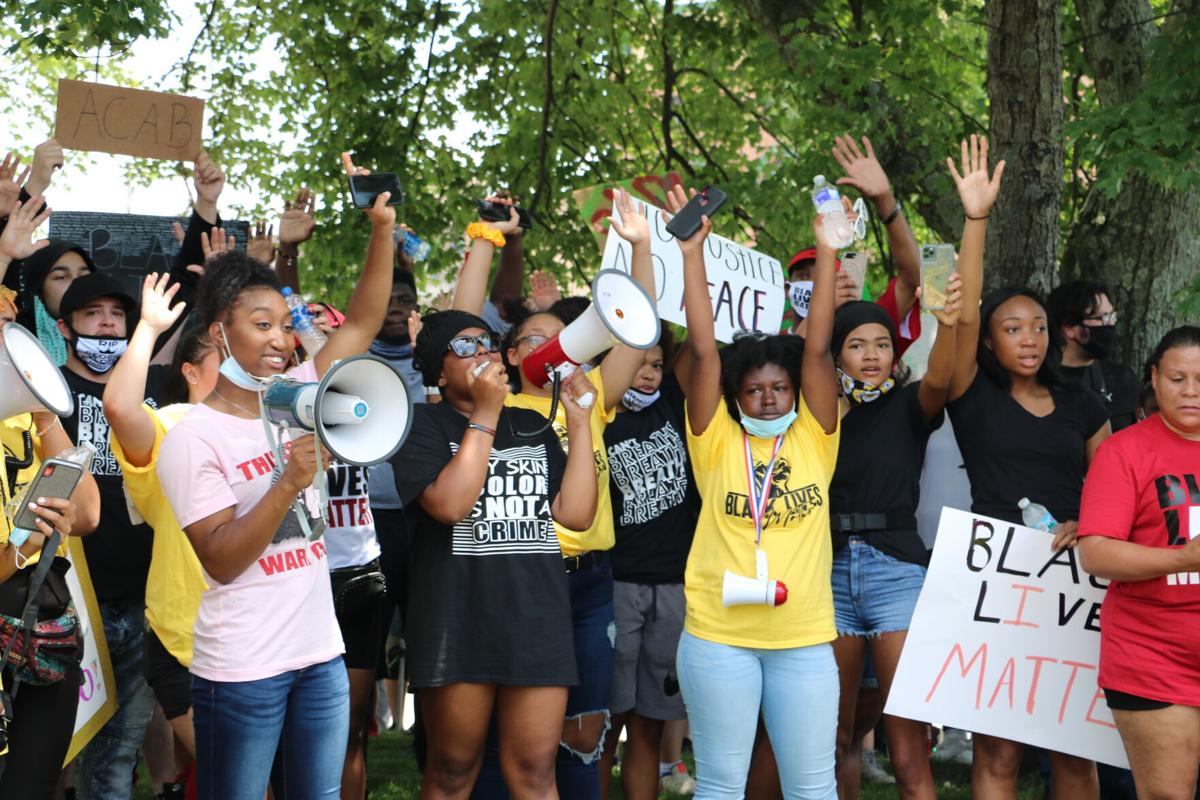 Organizer Shaela Worsley chants with the crowd in front of the Madison County courthouse on Saturday. 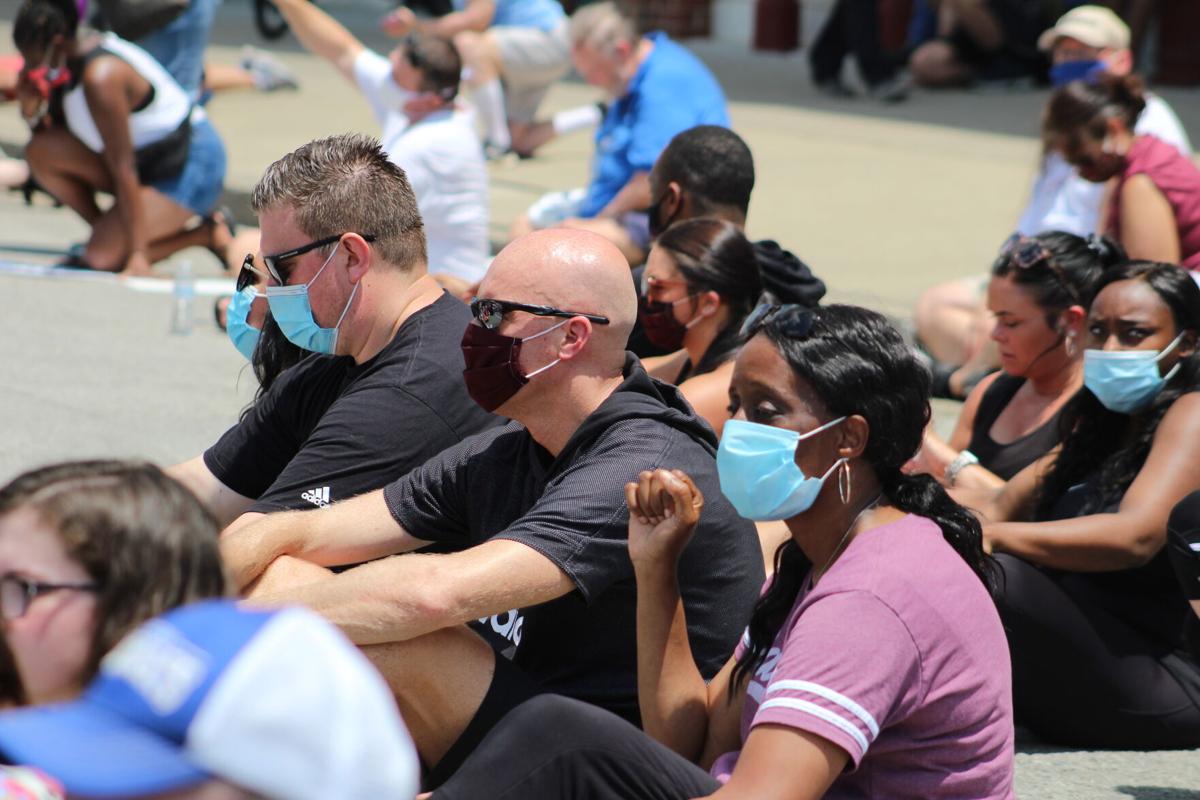 Organizer Shaela Worsley chants with the crowd in front of the Madison County courthouse on Saturday.

The city of Richmond witnessed more than 350 men, women, and children join the Black Lives Matter march on Saturday, June 6.

Supporters carried signs reading "One Love" and chanted the names of African Americans recently killed by police around the country, including Breonna Taylor, who died at her home in Louisville.

Eastern Kentucky University interim president David McFaddin marched along with his administrative staff and some Board of Regents members.

“Such a great turnout of our community and a great message about unity and being together,” McFaddin said. “It’s really humbling to be a part of this community.”

“We do have a voice and it’s very powerful,” Worsley said. “This community can come together and love.”

Zakia Holland, march co-organizer, said many of those planning the event are graduates of Madison Central High School. They now attend universities across the state.

“The black community is just so important to the Richmond community. It wouldn't be anything without us. So when we’re hurting, we’re all hurting and when we are coming together. Everybody needs to be here,” she said.

Over the past couple weeks, EKU athletics coaches have spoken out about the injustice and racial tensions in America.

“I don’t want to be on the sideline… I want to be part of the change and this is a powerful showing by our community,” Hamilton said. “Our voice means something.”

McFaddin hopes that this event will shows that EKU is an inclusive place.

“I hope it shows that Eastern is a place for everyone. If you come here, we are going to make sure this is a great place to live, to work, to learn, and a place that you belong,” McFaddin said.

“We’re saying no to racism, no to hate. We will not tolerate it in our community, and I think that is so beautiful,” Jackson said.