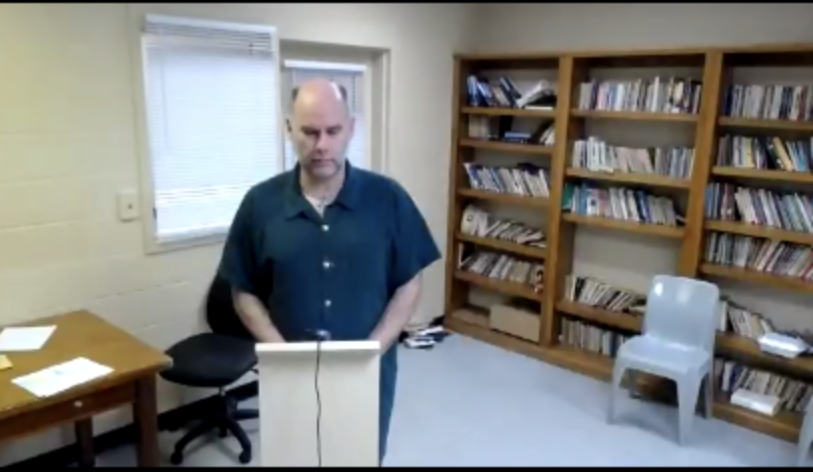 Glenn Jackson, 40, who is accused of murdering his wife Ella — amongst other charges — received a bond reduction on Thursday afternoon. 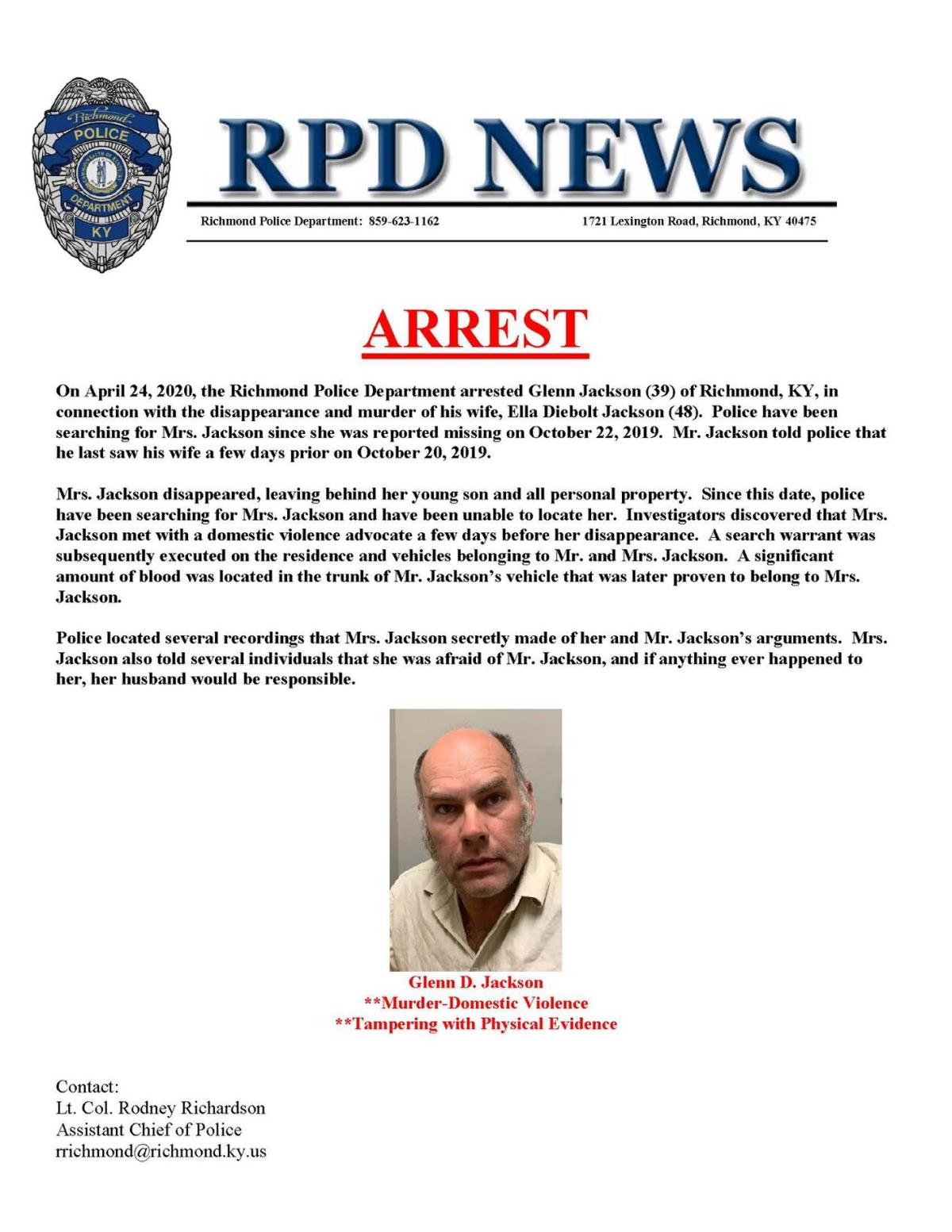 Former EKU professor Glenn Jackson received a bond reduction on Thursday. He was arrested in April.

Glenn Jackson, 40, who is accused of murdering his wife Ella — amongst other charges — received a bond reduction on Thursday afternoon.

Former EKU professor Glenn Jackson received a bond reduction on Thursday. He was arrested in April.

EDITOR’S NOTE: This story is part of a publishing partnership between the Richmond Register and Eastern Progress

Jackson faced three charges including murder (capitol offense), abuse of a corpse and three counts of tampering with physical evidence.

The judge allowed the bond to be reduced to $150,000 cash with several other conditions tied to a bond agreement.

Those include: no violations of law in any respect, home incarceration with an ankle monitor with access to in-person conferencing with his attorney and doctor’s visits, only sibling visitation at his Westbrook Drive home in Richmond, no drug or alcohol abuse, random drug screenings, no direct or indirect contact with his five-year-old son, and to comply with all family court orders.

Originally, Jackson’s bond was set for $250,000 in cash and his attorney Thomas Lyons, of Lexington, worked to have it reduced to $125,000 and claimed his client was not a flight risk, had no prior criminal history, has extensive ties in the community and was unable to properly prepare a defense while Jackson is incarcerated.

Lyons argued the $125,000 cash bond was a still significant and sufficient amount and could guarantee Jackson’s appearance at forthcoming court dates.

“This is a very serious case and we recognize that but there is a presumption of innocence of until proven guilty,” Lyons said in court Thursday.

The attorney stated this case would be a complicated one and already meeting with Jackson at the Madison County Detention Center was presenting problems and preparing a defense because of COVID-19 restrictions.

“There are literally of dozens of items of evidence that need to be reviewed in connection to the case and the local detention center has already made it clear that I can not meet with him to discuss that evidence in-person,” he said. “It is virtually impossible or extremely difficult to prepare a defense while he is in jail. But I do recognize the seriousness of this case.”

Attorney Lyons additionally brought up Jackson’s five-year-old son whom he shared with Ella Jackson that was taken by Family Court and given to Ella’s former husband.

Before the final decision was made, Madison County Commonwealth Attorney Jennifer Smith said she did not believe there were new conditions which would attribute to a bond reduction.

“That amount is a significant bond still, but the circumstances presented thus far have supported the current bond and none of those have changed,” she said via Zoom.

Smith also made the judge aware of evidence that supported Ella Jackson had made plans to file for divorce and had worked with a domestic violence advocate and was fearful of her husband.

Judge Ishamel pointed out the case was serious, but he was heavily concerned with Jackson’s inability to meet with his counsel due to COVID-19 concerns.

“Therefore I will grant a request to lower the bond but not in the amount you or your attorney are asking and with very strict additional conditions of bond,” he said.

“I just need to clear my name and will work in any way to do that and I am before you humbly asking, whatever you want I will do,” Jackson said.