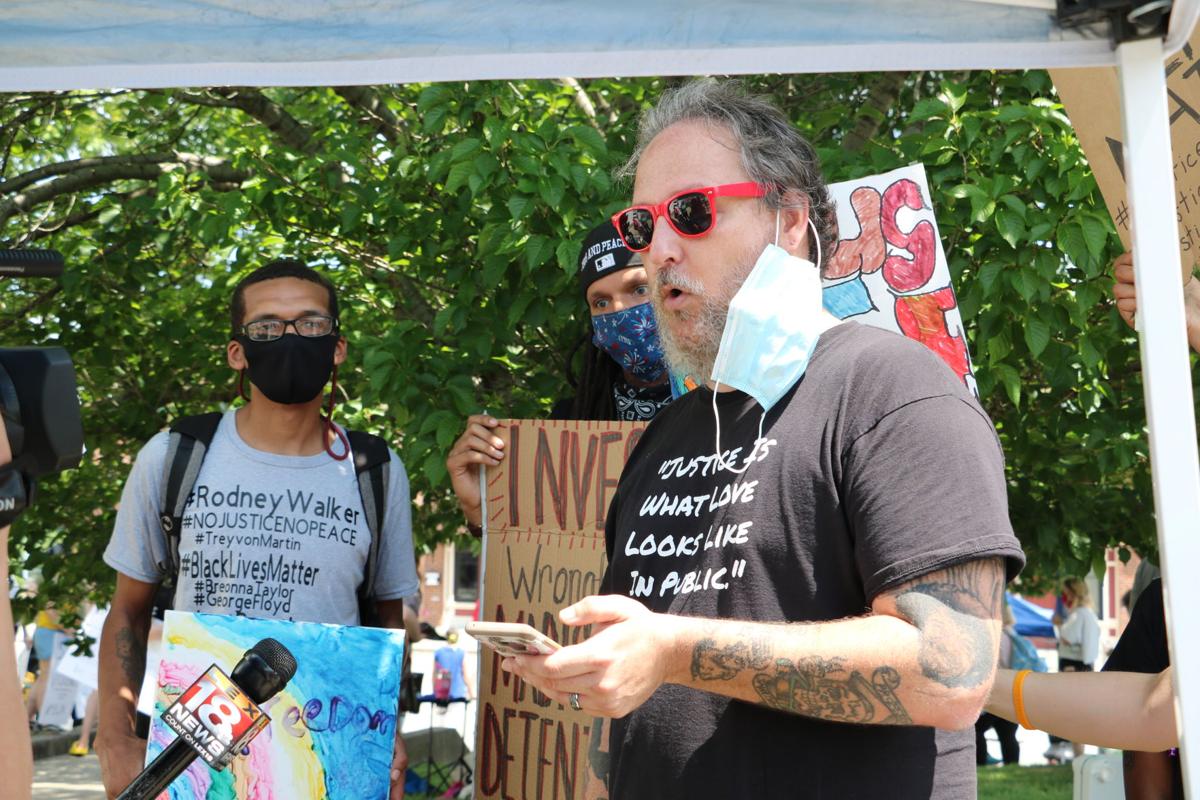 Eastern Kentucky University professor Carl Root demands justice for Rodney Walker on Saturday at the Black Lives Matter march in Richmond. Root gave a statement on behalf of the Walker family to LEX18 News and the Eastern Progress. 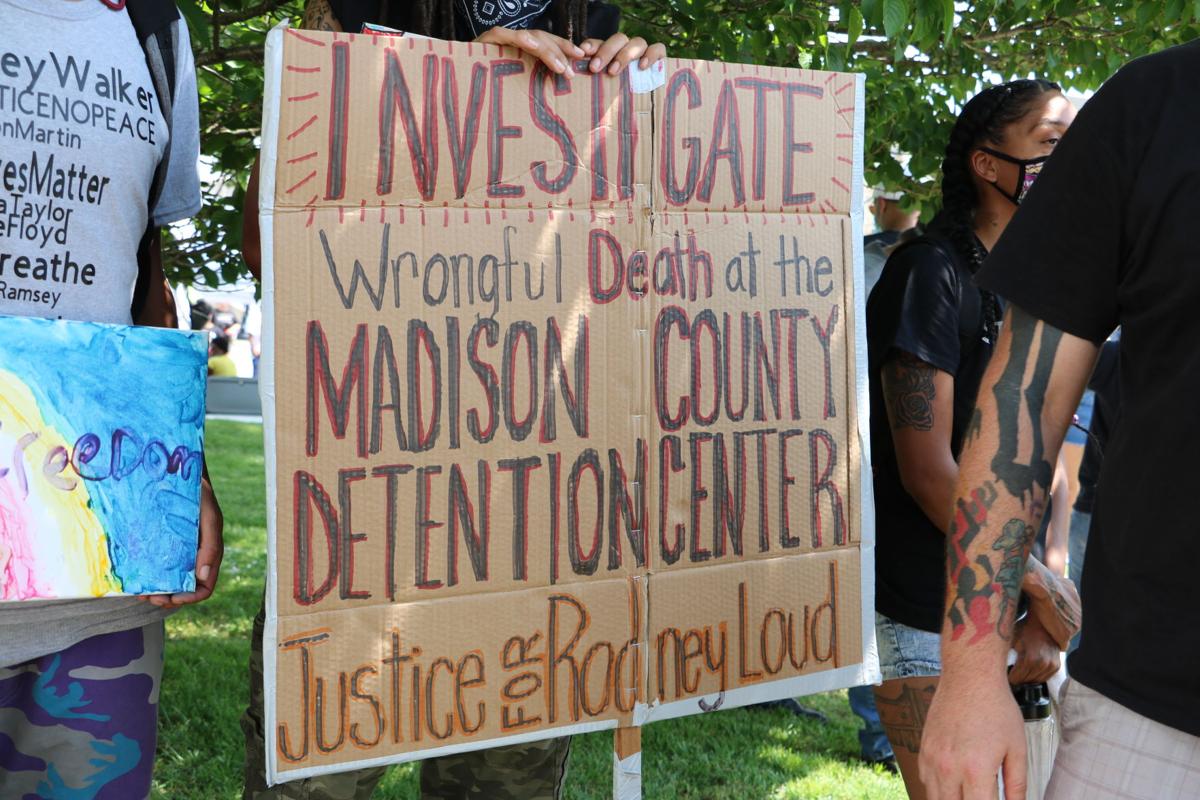 One of Rodney Walker's family members holds up a sign demanding justice.

Eastern Kentucky University professor Carl Root demands justice for Rodney Walker on Saturday at the Black Lives Matter march in Richmond. Root gave a statement on behalf of the Walker family to LEX18 News and the Eastern Progress.

One of Rodney Walker's family members holds up a sign demanding justice.

The Black community across the country is demanding justice after the deaths of George Floyd and Breonna Taylor, but a family in Richmond is also calling for justice in the death of Rodney ‘Loud’ Walker, who died while in the custody of the Madison County Detention Center last October.

“Since October the feeling of emptiness and sadness has surrounded this family,” Root said. “At this time we believe that Rodney was in the custody of Madison County Detention Center when he developed life threatening medical illnesses. Due to lack of medical care, these illnesses resulted in the preventable death of Rodney Wayne ‘Loud’ Walker.”

In a GoFundMe account set up for Walker’s family, organizer Taylor Turner said, “About two weeks prior to being arrested Rodney had his appendix removed in emergency surgery. He was soon taken into custody where he has complications after the surgery. The jail then took him back to the hospital for treatment, upon doing so he was diagnosed with stomach and liver cancer. He as well as, the officers with him, were told he needed to be seen by an oncologist right away. He was then taken back to Madison County Detention Center where no type of treatment was provided.”

Turner said that on Oct. 21, 2019 the family received a phone call that Walker was in the hospital and unresponsive. He was transferred to University of Kentucky hospital at that time.

According to Turner, the next day the family met with doctors in which they explained that Walker had a tumor in his liver that ruptured, leading to him continuously bleeding. This caused his organs to fail. Walker suffered from multiple organ failure, stage 4 liver and stomach cancer as well.

In the post Turner said, “The medical professionals explained that the cancer was not the current issue at that moment it was the tumor rupturing and him losing too much blood. They explained that had the jail provided medical care for Rodney any time earlier this would not be the outcome of his life.”

“This is unfair and cruel on so many levels on MCDC's (Madison County Detention Center) part. Regardless of anyone's situation they are still human and deserve medical attention when it's needed,” Turner said.

Root said that his family is working with attorneys and are fully investigating the incident.

The family and Root wants everyone to remember who Rodney was, “a guy who would give you the shirt off of his back, always smiling, a man who enjoyed loud music and most of all spending time with his family and friends.”

Walker leaves behind four kids and nine grandchildren according to Root.

As of publication, the Richmond Police Department and Madison County jailer Steve Tussey have not responded for comment.

Zachery Combest can be reached at zachery_combest@mymail.eku.edu