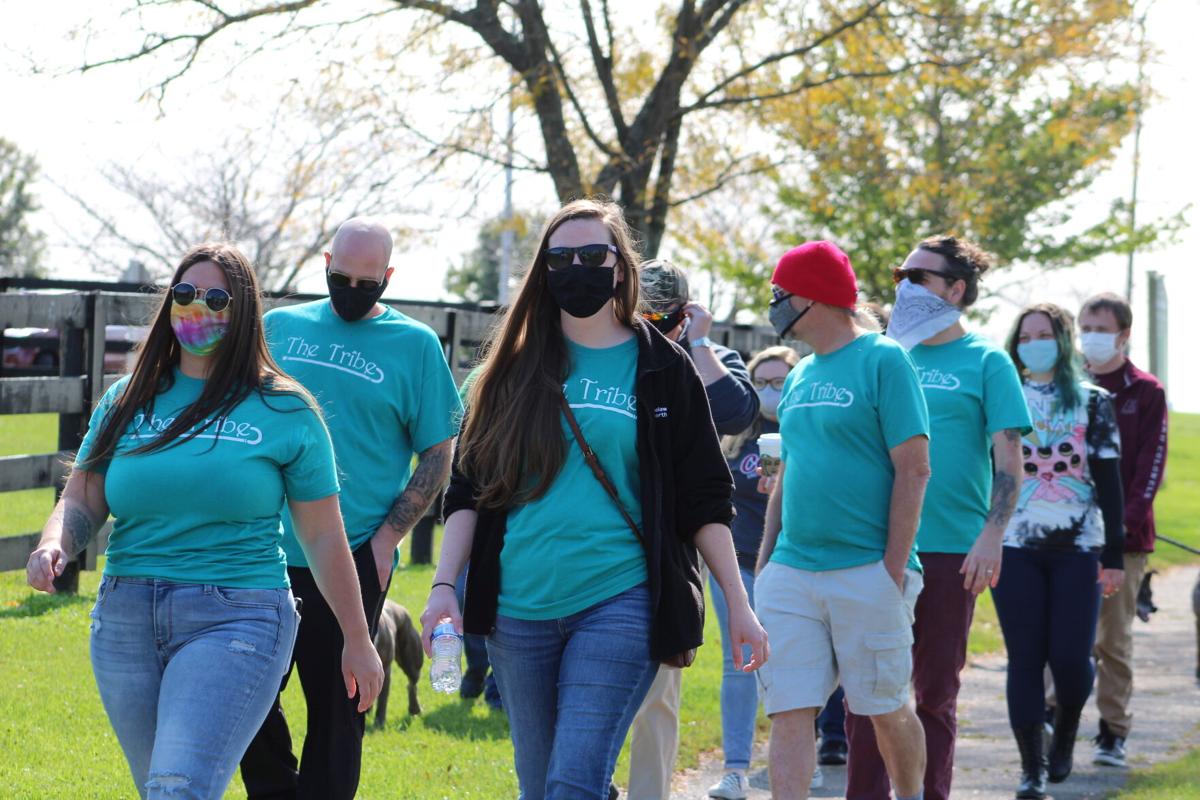 Supporters walk at Lake Reba on Saturday during the Mental Health Awareness event. 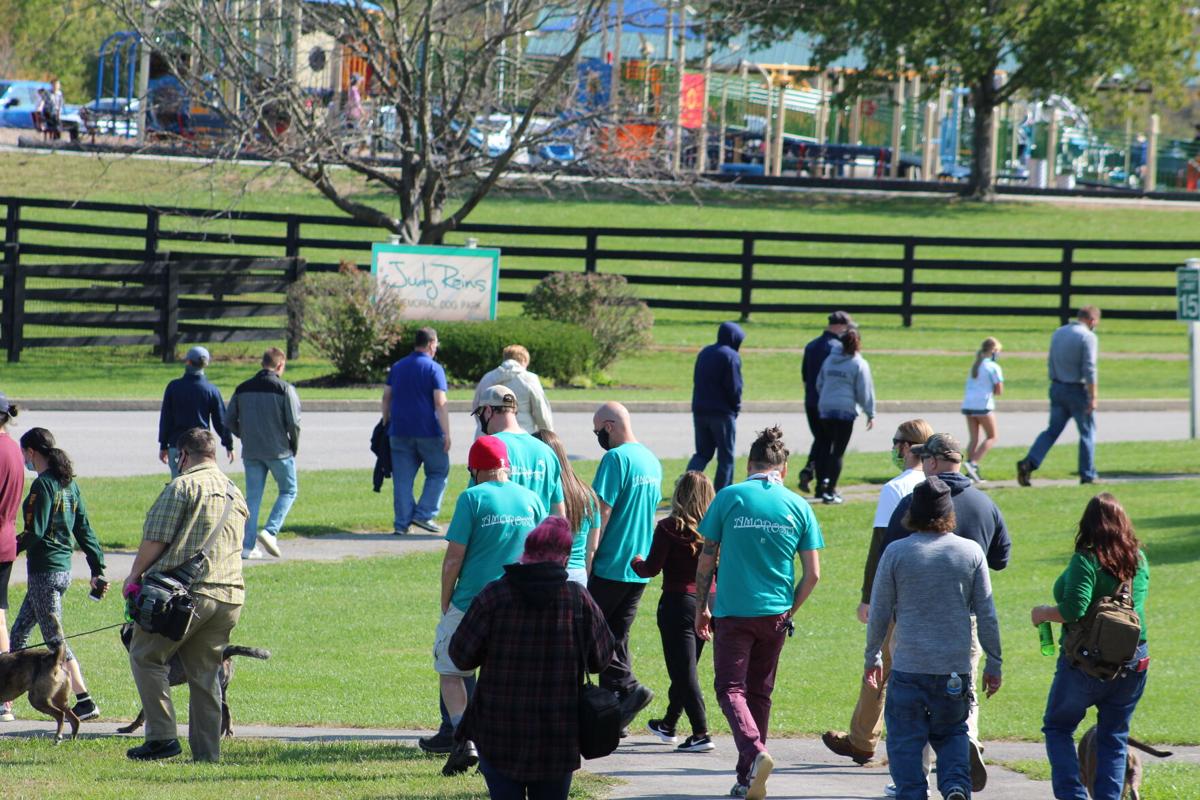 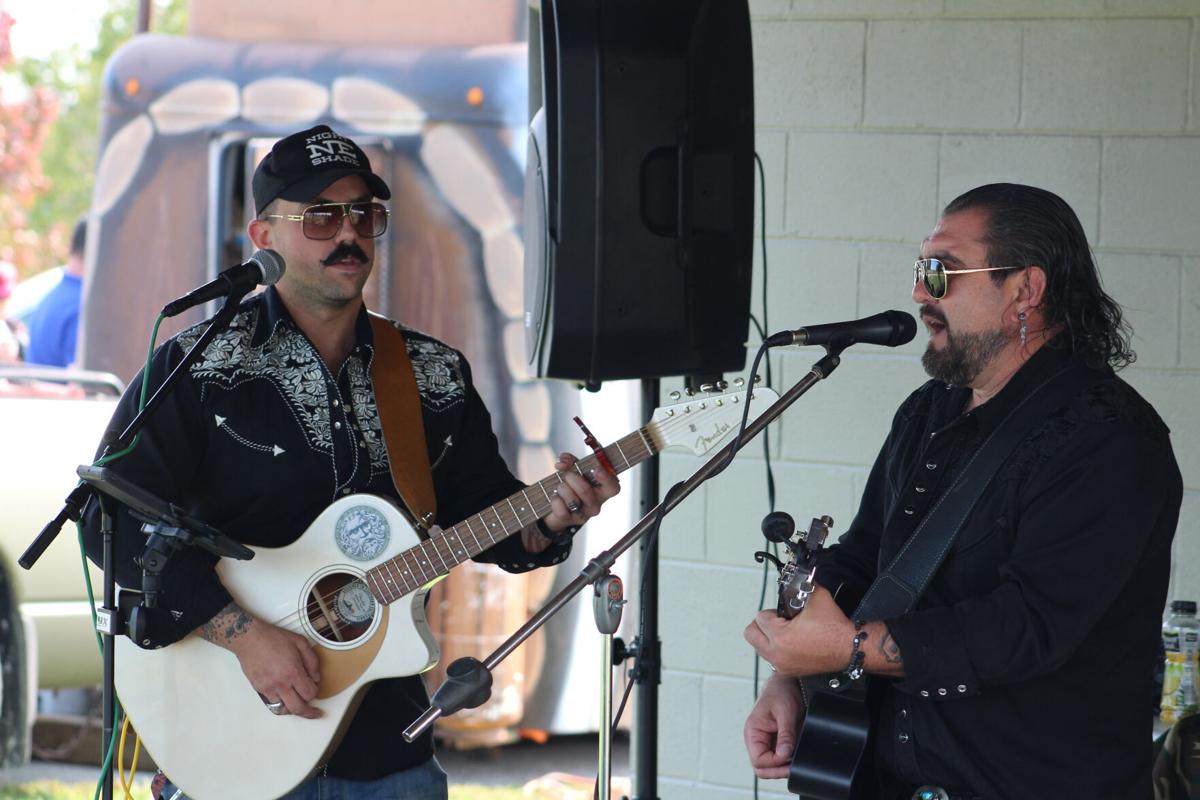 Local band, Nightshade, performs for the supporters on Saturday.

Supporters walk at Lake Reba on Saturday during the Mental Health Awareness event.

Local band, Nightshade, performs for the supporters on Saturday.

The month of October is Mental Health Awareness Month and mental health hits close to home for Six and Butler.

Six said that this idea came about after they lost their friend George Amoroso, a veteran, to suicide. Amoroso was also battling cancer.

“Our friend George passed away by suicide in 2018 and we participated in the Louisville Out of Darkness Walk in November of last year,” Six said.

The walk in Louisville is an event to raise awareness and funds that allow the American Foundation for Suicide Prevention to invest in new research, create educational programs, advocate for public policy and provide support. After participating in this event, Six and Butler decided to organize a similar event closer to home.

Six said this year people have especially struggled with mental health issues, stress and uncertainty due to the pandemic and she wanted to do what she could to help those people and raise awareness for mental health.

The event featured a .75 mile socially distant walk, raffle, a food truck and music. All proceeds benefited the American Foundation for Suicide Prevention.

“I think it went really well,” Six said. “Of course considering the circumstances of there being a pandemic, us only doing it in such short notice, I think it was a really good turn out.”

Six was grateful for the community's support. Around 70 people attended the event at Lake Reba.

Six and Butler wanted to bring to light that people are not alone even though many people may be isolated due to the pandemic.

“Hopefully it (the event) was a really positive message, that’s all we really wanted to convey, that you’re not really alone in anything that you face and I think the amount of people that came out and showed support and did so last minute also helped drive that story home,” said Six.

Along with the walk, several community groups and businesses set up and showed their support.

Nightshade, a local band, and The Chuck Wagon food truck supported the event and provided live entertainment and food.

Six hopes to organize another similar event next year and to continue to be an advocate for mental health and the resources available.