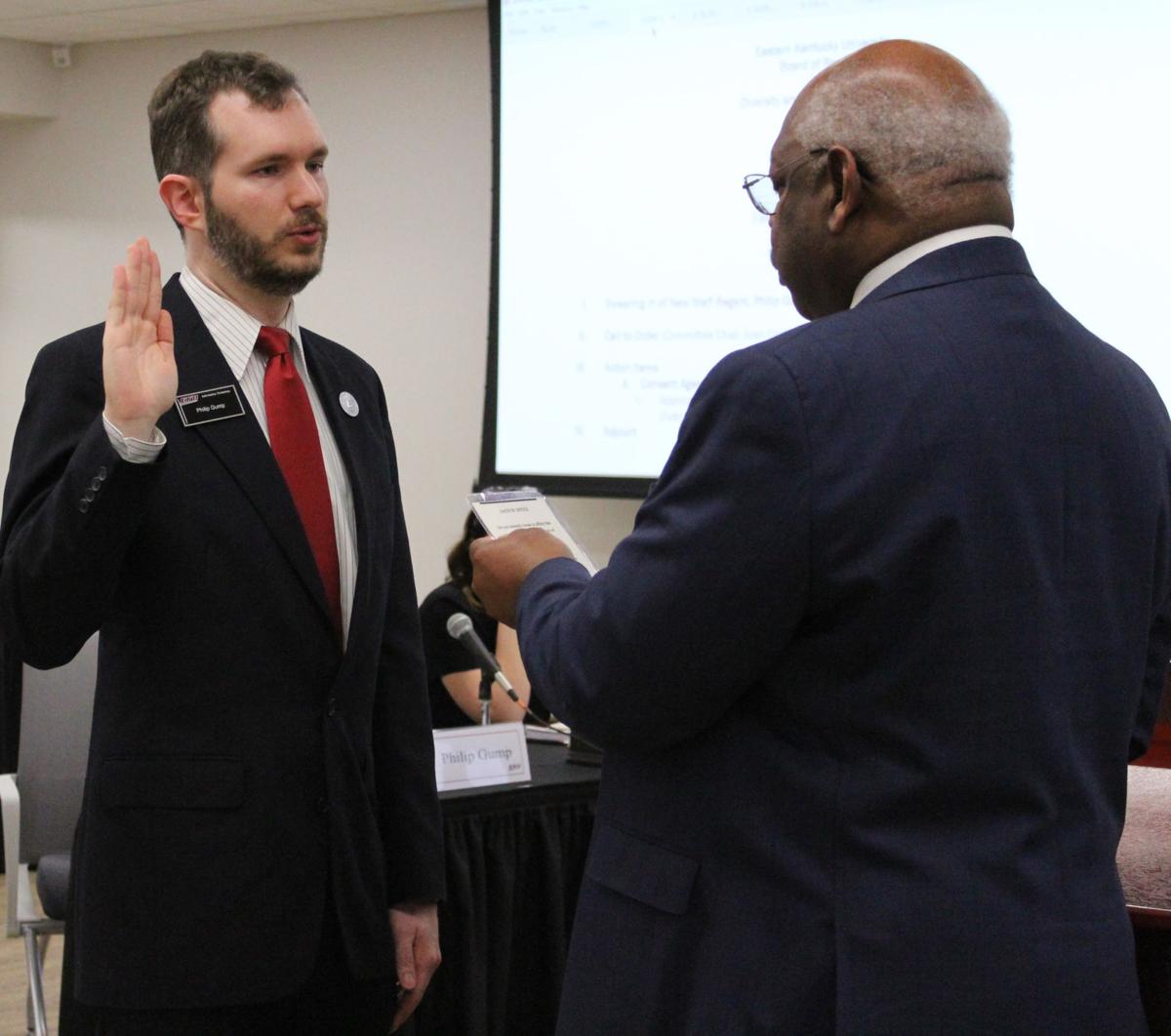 Philip Gump being sworn in as the new staff regent for the EKU Board of Regents by Richmond Mayor Robert Blythe during the Feb. 28 board meeting. 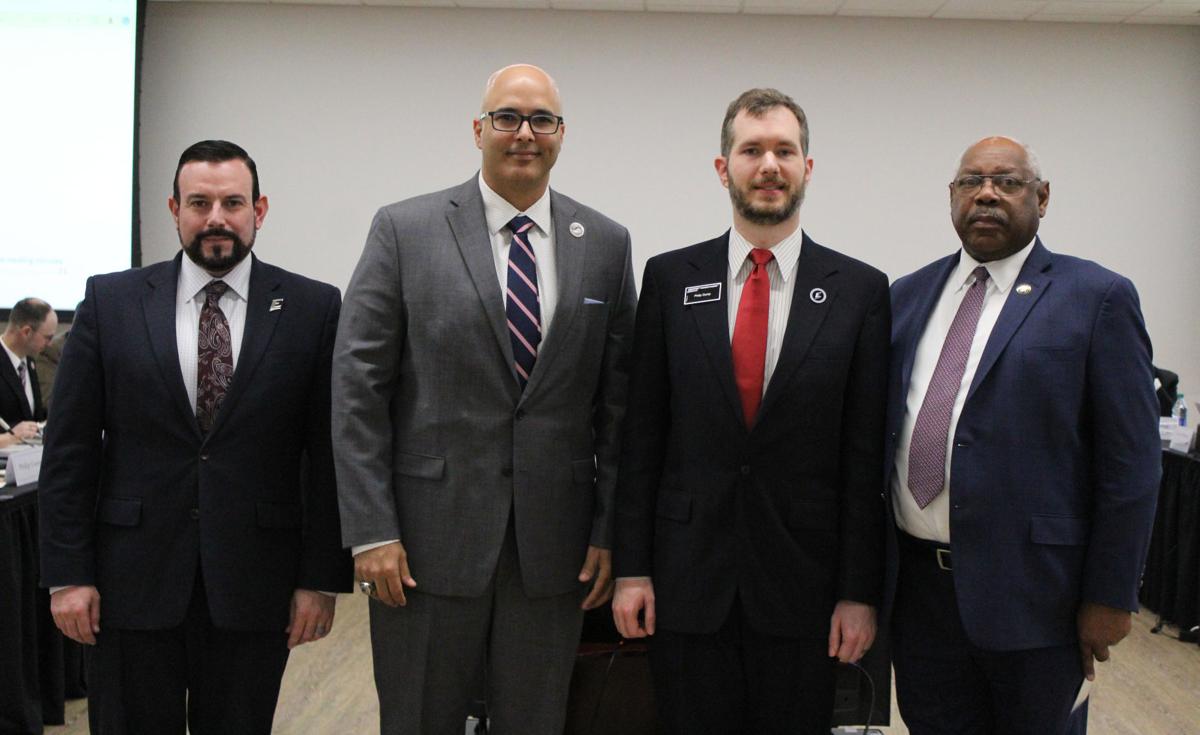 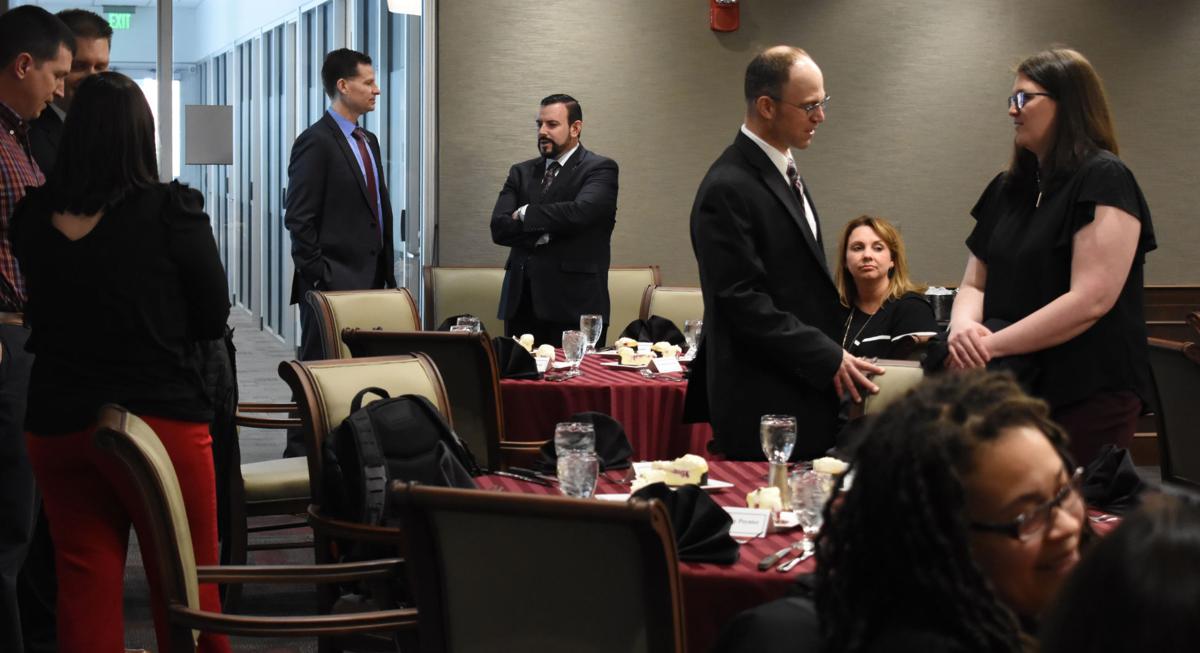 Philip Gump being sworn in as the new staff regent for the EKU Board of Regents by Richmond Mayor Robert Blythe during the Feb. 28 board meeting.

The Eastern Kentucky University Board of Regents voted unanimously to reinstate the Associate of Science in Nursing after cutting the program in 2018 at the Feb. 28 Board of Regents meeting.

The program will be restructured under the Baccalaureate of Nursing Program, said Sherry Robinson, EKU’s vice provost. The Associate of Science in Nursing was reinstated because of increased demand from the community and hospitals.

“When we made the cuts, we based those cuts on recommendations that came from the colleges,” said Lewis Diaz, chair of the EKU Board of Regents and member of the Board during the 2018 budget cuts. “I have to be able to trust the experts that made the recommendations. We did that and now the experts have told us, ‘Hey, if we retweak this,’ and we can still maintain the same level of savings and bring this program back on because we think there is a market place particularly if we push this program into Eastern Kentucky and to some of the smaller community hospitals.”

The Board made the 2018 cuts to make up for decreased funding from the state government.

A Master of Social Work Program was also unanimously approved by the Board during the full meeting.

The Board also unanimously voted to approve an amendment that would allow EKU students to have more opportunities to get involved with the Student Government Association. TheSGA amendment would increase the number of justices on the student court from nine to 15.

“We have a really big influx of students wanting to be involved in student court, and it has kind of been dormant for a couple of years. Now that we are getting it back up and running, we have a lot of interest in joining,” said Lipscomb. “Our current constitution capped us out at nine justices and we were having to turn people away, so we think we should never really have to turn people away from being involved and being able to use their voice as a student ambassador.”

The change will be instantaneous. Students can be appointed as justices at any time. Students must have a 2.5 GPA and have been on campus for at least one semester, said Lipscomb. Appointments last for a “lifetime” — until the end of a student’s career at EKU.

The Board swore in a new staff regent following Bryan Makinen’s resignation from the Board at the December meeting. Philip Gump, enterprise user systems lead with the Information Technology-Academic, was elected as the new staff regent during an election on Feb. 25. Gump has worked in IT at EKU since 2004, according to the Staff Council webpage.

Gump, a graduate of Model Laboratory School, ran for staff regent because “(h)e has experienced the changes—some good, some bad—that have impacted EKU these past 15 years, and he believes he has a unique perspective and set of skills to provide the best governance for EKU,” according to the Staff Council webpage.

Gump was sworn in by Richmond Mayor Robert Blythe prior to the committee meetings.

The Board met with the Staff Council prior to the committee meetings for lunch in the Regents Room in Case Dining Hall.

The Board unanimously approved the following:

The Board of Regents also announced potential meeting dates for the remainder of the year — June 4, Sept. 10 and Dec. 10.