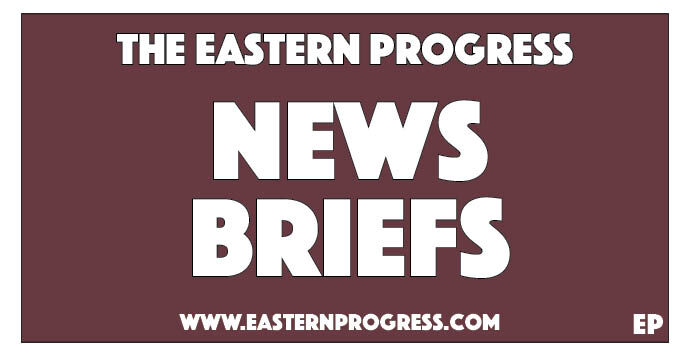 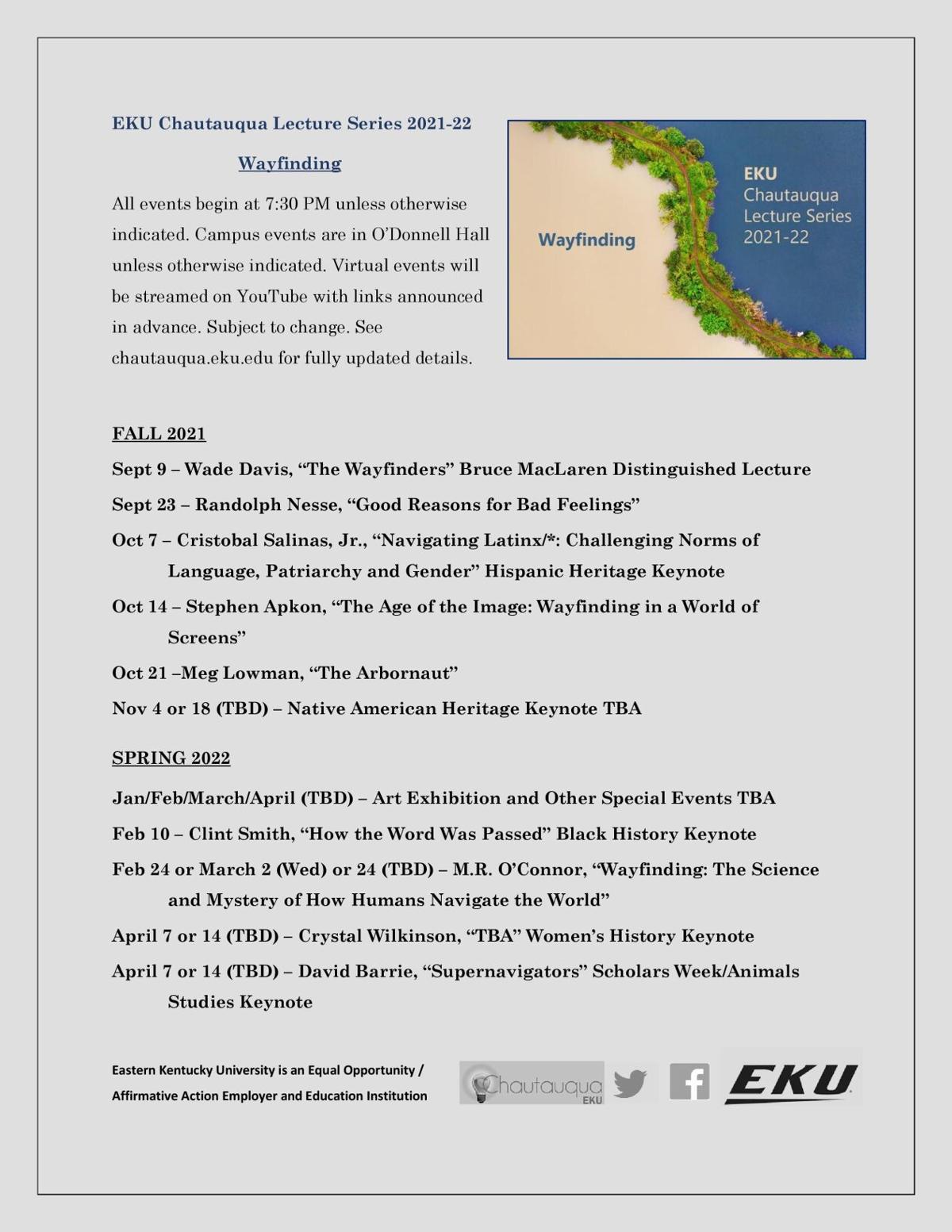 Events for the fall are confirmed and speakers include Wade Davis, Randolph Nesse, Cristobal Salinas Jr., Stephen Apkon, and “Canopy Meg” Lowman.  A Native American keynote is also scheduled for November. Plans for the spring include a set of Chautauqua art exhibits across campus as well as four more presentations, including that of the 2021 Kentucky Poet Laureate Crystal Wilkinson and New York Times Bestselling Author, Clint Smith.

The lecture series, administered by the EKU Honors Program, is in it’s twenty-second year of productions. All Chautauqua lectures are free, open to the public, and are held in O’Donnell Hall at 7:30 p.m., unless indicated otherwise. They are also streamed live via Youtube and links are announced in advance. All dates and times are subject to change.