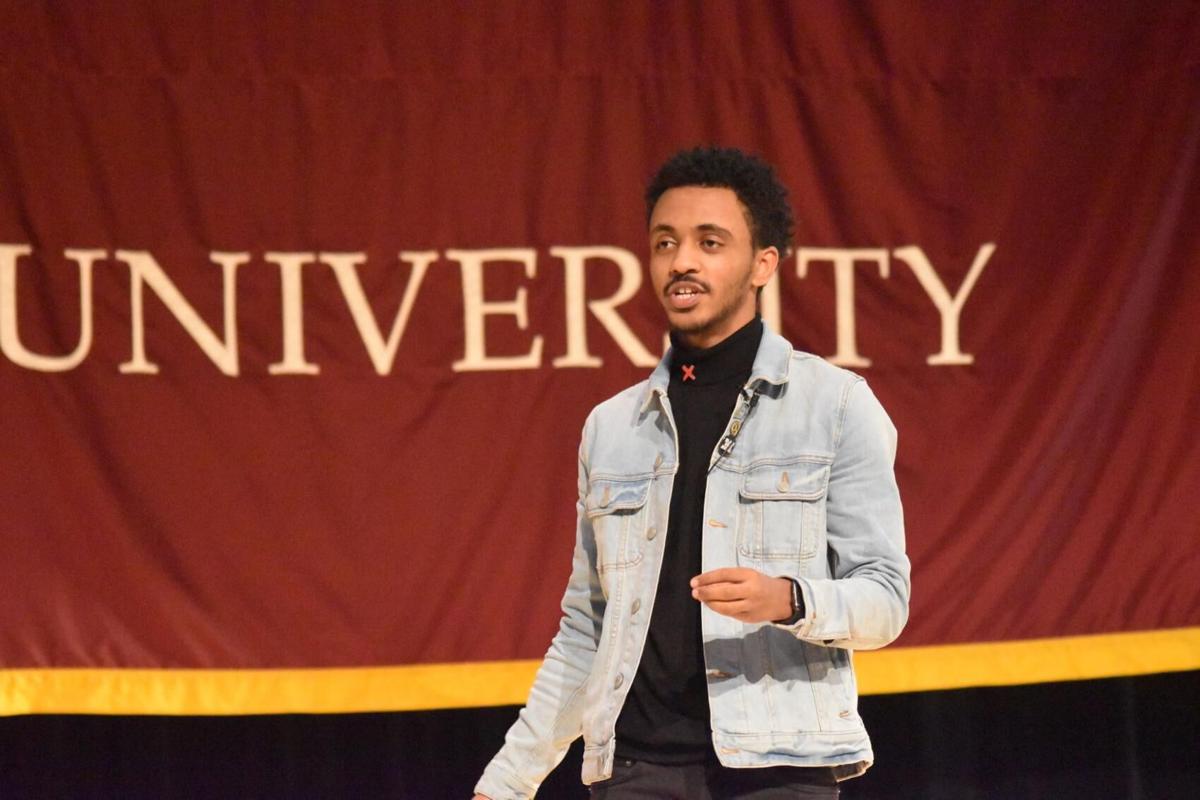 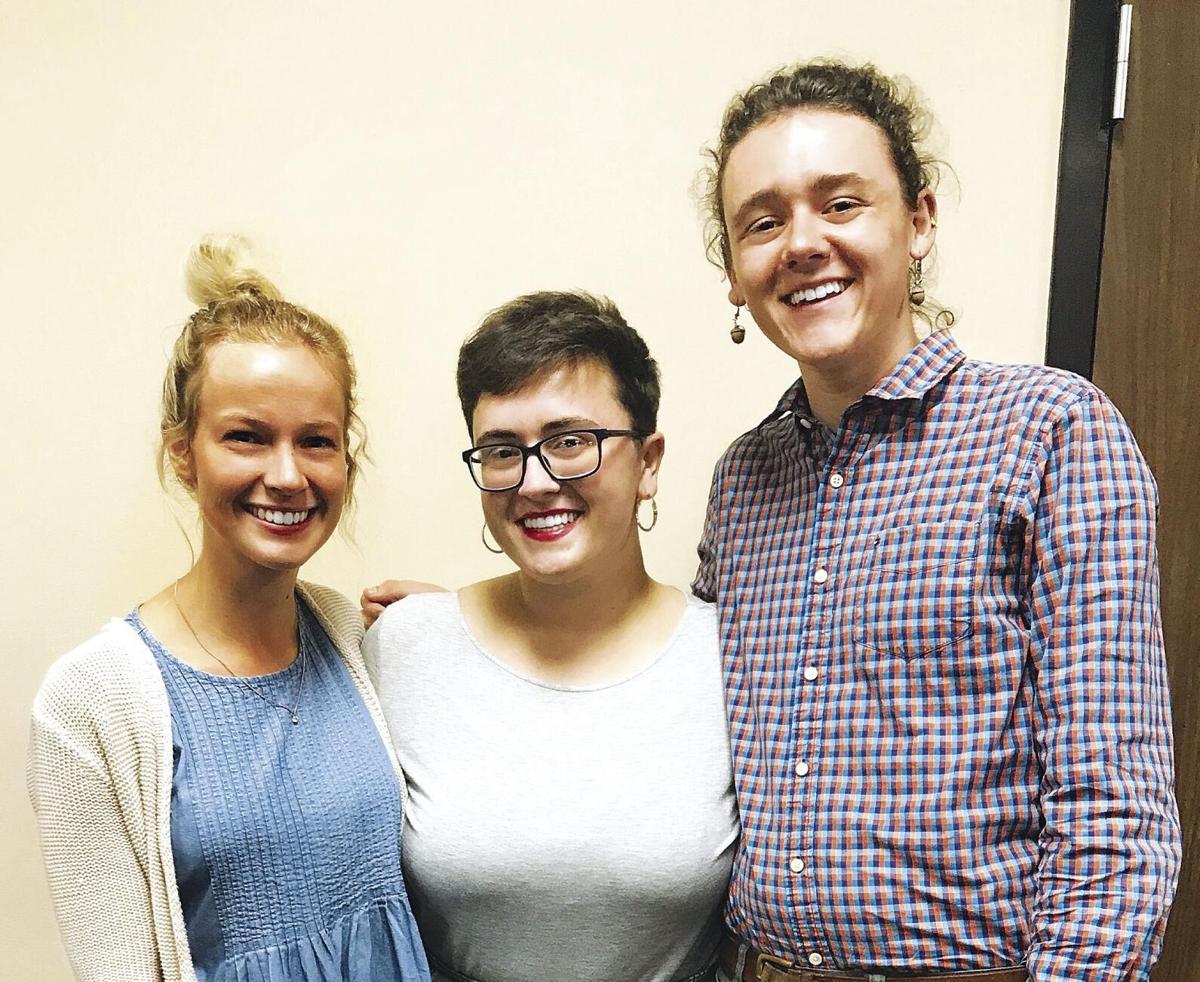 Eastern Kentucky University students made their voices heard in this year’s Student Government Association Election and voted Eyouel Mekonnen as the next president, Nick Koenig as the vice president and Lorna Martin as vice president of student activities.

Martin, senior psychology major with a concentration in substance abuse from Mason, Ohio was voted in as vice president of student activities. She oversees one of the three branches of the Student Government Association.

“I oversee the student activities council which is one of the three branches for SGA. I have an exec. of five people and I delegate with them, I also work on contracts for different events,” Martin said.

Martin has been a part of the Student Government Association since her first year at EKU and has grown with the organization.

“This is my fourth year. I’ve been with SGA since I was a freshman. Freshman year I was just a general member, sophomore year I was on exec. as the bench chair, and last year I served as the associate vice president,” Martin said.

Martin is really dedicated to making sure every student has the best experience at EKU just like herself.

“I am really dedicated to making sure students have their best experience like Eastern has given me. My goal is to give back to the university that has given me so much. I just want students to know how dedicated I am to my role,” Martin said.

Mekonnen, senior, from Addis Ababa, Ethiopia, English and political science major, was voted in as the new student body president. He has been a part of SGA since his first year at EKU.

“I joined SGA my freshman year and the next two academic years I worked as the director of diversity underneath the executive office of the president and now this year I have the honor to serve as the student body president and student regent,” Mekonnen said.

Mekonnen is confident that he can serve his new role well because he is a student just like the rest of us. The administration's main goals are about students and their overall college experience.

“I’m a student on the board and I am a student that is part of the administration and so my main focus is student wellbeing, student advancement and student experience. I believe in full confidence that I have expertise in that field because I myself am a student,“ Mekonnen said.

A main goal that the Student Government Association will be working on is educational equity and student security. Something many students struggle with is financial stability and homesickness, all things that Mekonnen has struggled with and can relate to.

He believes everyone can get an education they deserve with the right help and that if he could do it many others can too.

“I haven’t had everything set up for me but I'm here. If I can do it then anybody can do it,” he said.

Koenig, senior biology major with a botany concentration from Louisville was elected as the new student body vice president. He oversees the senate body which makes a majority of the legislative decisions.

“I oversee our senate body. The senate is made up of at large senators and freshman senators. We are the workforce of making public statements or if there is change we would like to see in our own student government association,” Koenig said.

In the last SGA meeting there were nine pieces of legislation proposed, one of which would require a student voice on big university committees and task forces.

“We had nine pieces of legislation proposed last night in the senate. It was a really high number. We are a little behind just because covid is going on. One of the biggest pieces of legislation we have ever proposed came up. It’s called the act to require student representation. This is going to be a policy that we pursue at the university level so that all committees and task forces have to have a student voice,” Koenig said.

Koenig has been involved in SGA since his freshman year and has grown with the organization and has always been a part of the student senate.

“My freshman year I got involved with SGA. I’ve always been a part of the senate. I was just a freshman senator at first and then I became chair of the academic affairs committee,” Koenig said.

One of his biggest goals is student representation and making sure students have their voices heard because it in result will help them succeed.

“One of my big initiatives is senate act 001 which is the one about student representation. There has been so much research done at other institutions where if students feel like their voice matters the more likely they are to academically succeed. So that’s one of the big things is making sure the student's voice is listened to,” Koenig said.

In the end, it comes back to the student voice and making sure that administrators are listening to their students.

“It comes back to the student voice. That is the most important thing. My student voice and your student voice, all the students' voices collectively. We need to make sure that administrators listen to us,” Koenig said.