Skip to main content
You have permission to edit this article.
Edit
Welcome, Guest
Home
News
Sports
Opinion
Features
Visuals
Podcasts
About
1 of 3 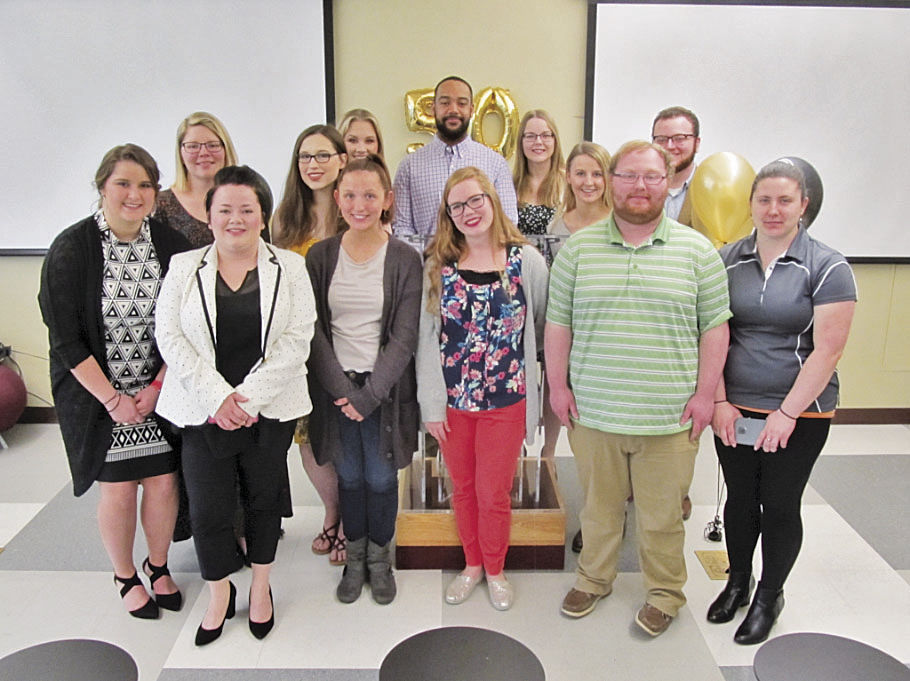 The 2018 staff for the Aurora magazine pose during their annual launch party for the publication in the Discovery classroom of the Noel Studio. The event allows students to highlight their published pieces. This year’s launch party will take place on April 10 in the same location. 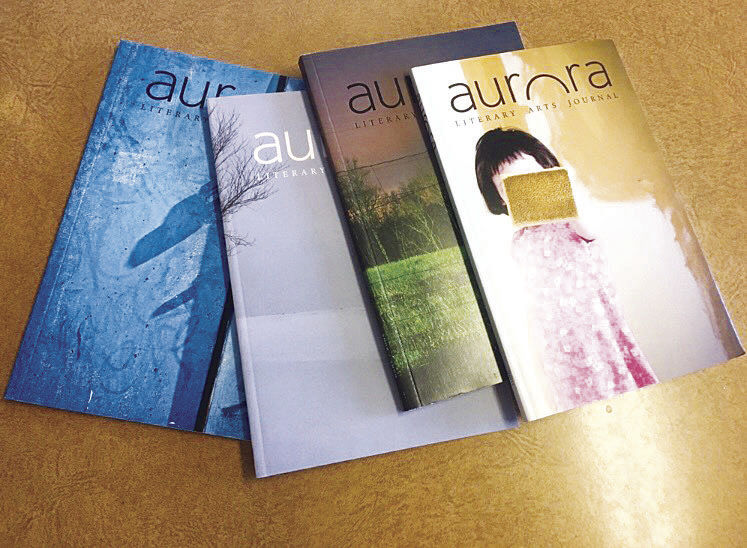 Copies of the Aurora Literary and Arts Journal sit on the desk of faculty advisor Gaby Bedetti. The magazine originally published print editions, but in recent years has moved to a strictly online publication.

Information graphic detailing the steps to submit to the Aurora magazine

The 2018 staff for the Aurora magazine pose during their annual launch party for the publication in the Discovery classroom of the Noel Studio. The event allows students to highlight their published pieces. This year’s launch party will take place on April 10 in the same location.

Copies of the Aurora Literary and Arts Journal sit on the desk of faculty advisor Gaby Bedetti. The magazine originally published print editions, but in recent years has moved to a strictly online publication.

Interested in literary writing and artistic expression? The Aurora Online Literary and Arts Journal is Eastern Kenutcky University’s platform for student creators of all majors.

Aurora is an online magazine for current EKU students and rising Colonels who plan on going to EKU in the fall. The publication is completely student-run and releases an annual issue showcasing student work and creativity.

Previously, Aurora distributed a print edition of the magazine, but today all submissions are received and published online.

“It’s a student-led literary production,” said William Ewers, a senior English major from Somerset and the magazine’s co-editor-in-chief. “We take submissions for poetry, fiction, creative nonfiction, music, art or photography, drama and we’re also trying to get short film. We’ve had the ability to do short film, but we’ve never actually had an edition with short film in it yet so we’re trying to get that.”

The deadline for submissions for Aurora was on March 4, and any accepted pieces are automatically eligible to win a $50 prize for best in category.

Gaby Bedetti, associate professor of English and faculty advisor for Aurora, said that writing for the magazine not only helps students get their work published but can also contribute to graduation requirements for some capstone courses in English.

“Usually, it’s a first opportunity for a student to get published; you want to start small so your campus literary and arts journal provides a venue,” Bedetti said. “To share the creativity on campus, you don’t just want to write in an ivory tower, you want to be heard and read.”

The magazine production is done out of a classroom and is a mandated part of the English 420 course, meaning students are the editors and staff. Every semester brings a new class of students on staff and the course material goes toward producing Aurora.

“Everyone is part of the staff, everyone has a role…they are self-directed,” Bedetti said. “I consider it as a kind of stepping stone to the real world because some of these people might want to become editors or might want to support their creative writing.”

Ewers said the level of independence the students have in the publication and the high rate of staff turnover often poses challenges for the magazine.

“Honestly, it’s a little difficult for people — me personally, who have (sic) not actually had any experiences with publications or anything like that, but I do have a good background in managing people so that helps,” Ewers said. “I would like it if we had a little more guidance from the teacher, if it wasn’t 100 percent student-led.”

During Scholars Week at EKU, Aurora magazine is hosting a launch party to showcase the featured work included in this year’s publication. The event will be catered and open to all students and people in the community. It will be held in the Discovery classroom of the Noel Studio on April 10 from 12 to 2 p.m.

“Students will have submitted by (March 4) and we’ll have a month to edit and format their work and then upload it onto the site,” Bedetti said.

The magazine will be released online on April 10 and the launch party will be held afterwards to celebrate.

“We’re going to invite pretty much the whole entire English department and other professors from other departments,” Ewers said. “Hopefully we can get a good keynote speaker and have an open mic and an opportunity to let whoever we accepted read an excerpt of their work.”

For more information on the Aurora magazine or the upcoming launch event, visit aurora.eku.edu.