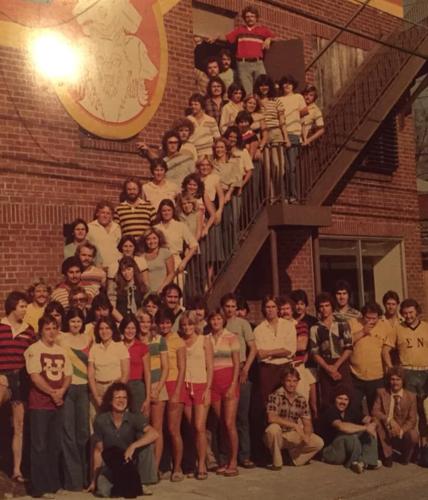 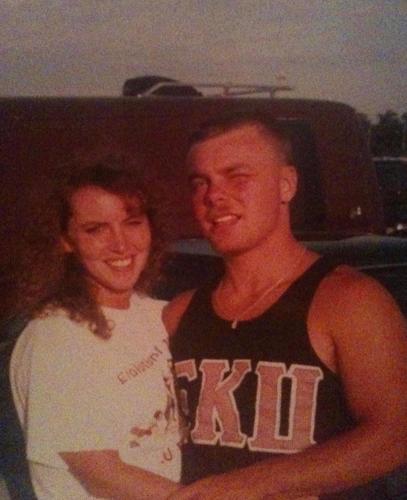 Kim and Rob Richardson in 1992. Richardson met her husband through a mutual friend in February, and were married three months later. 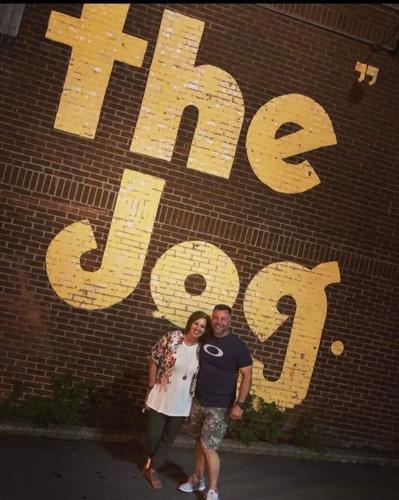 Kim and Rob Richardson stand outside The Family Dog in 2018. They visited downtown Richmond during a trip to see their daughter who attended EKU.

Kim and Rob Richardson in 1992. Richardson met her husband through a mutual friend in February, and were married three months later.

Kim and Rob Richardson stand outside The Family Dog in 2018. They visited downtown Richmond during a trip to see their daughter who attended EKU.

When asked about their time at Eastern Kentucky University, alumni always bring up one thing: The Family Dog, a bar located on Richmond’s Water Street.

Before gaining the name The Family Dog, it opened in the 1940’s as Specks. Located on Water Street, Specks was the place to be.

According to a 2011 Richmond Register article, Specks was founded by Hugh “Speck” Young, who ran the then restaurant with a jukebox.

Frank Nassida bought Specks from Pete Bryant, who succeeded Young as the owner. Nassida and his wife, Jo Ann, ran Specks from 1959 to 1967.

According to the Richmond Register article, Nassida sold Specks in 1967, but refused to sell the name along with it. The new owners then began calling the establishment, The Family Dog.

Also known as “The Dog,” it became a hangout spot for EKU students. Those as young as 18 could enter The Family Dog. If you were under the age of 21, a red stamp was put on your hand. Those who could legally drink were given a black stamp.

James Webb was a janitor at The Family Dog in 1986, at the start of his sophomore year at EKU. He became a bartender there when he turned 21.

“Girls would rub mascara across their hands, and you would see this smudge mark,” said Webb. “I’ve heard people talking about putting their hand on someone else's hand and trying to roll it, and copy their stamp onto their hands.”

Shelley King, who attended EKU from 1977 to 1980, said students who were underage and had a red stamp would have students who had a black stamp buy them a drink.

“I probably never paid for a drink in there, ever,” said King. “It was so cheap, the guys would buy the girls drinks.”

That was how King met her husband.

King said there was a man she became friends with who would always buy her a drink. In exchange, she would dance and talk with him.

“One night I was there with all of my roommates from Telford … he said ‘I want to introduce you to my best friend,’ and it was my husband,” said King.

King and her husband married in May 1980 and have been together for 42 years.

Kim Richardson, an EKU alumna, spent many nights at The Family Dog. Richardson attended EKU from 1989 to 1991.

Richardson said she visited The Family Dog at least once a week, usually on Thursday nights, but there were times she went two to three times a week.

The Family Dog hosted different themed nights  such as Whiskey Wednesdays, Beat the Clock Thursdays, and Dime Drafts on Fridays.

“Beat the Clock Thursday, each hour the clock would wind down, drinks would become cheaper and cheaper,” said Richardson.

After her graduation in 1991, Richardson stayed in Richmond to work. Rob Richardson played for EKU’s Rugby team.

Richardson and her husband were engaged in May 1992. Next year will be their 30th wedding anniversary.

As the popularity of The Family Dog increased, the city of Richmond enforced a capacity limit.

King said one night the Richmond Police Department turned the lights on to count the amount of people that were there.

“They had us walk around the bar to count,” said King. “You know how when someone’s trying to count and you start throwing out numbers to mess them up. That’s what they were doing.”

“It was wall to wall, people were everywhere,” said Mckinney. “It was like going to a concert every day it was open.”

Mckinney not only visited The Family Dog as a patron, but he also worked there.

Mckinney said The Family Dog was a place for students to unwind from classes and the college atmosphere, and to party.

“It was just a great time,” said Mckinney. “It was loud music, dim lights, stale beer … everyone was having a good time.”

Webb said students from other universities such as the University of Kentucky and Morehead University would also spend their nights at The Family Dog.

The Family Dog opened a top section, called the Top Dog, that included an upstairs bar and speakers that allowed patrons to hear music from both levels.

There was also a dance floor that mimicked the one out of the movie Saturday Night Fever. King said the floor was made of plastic panels that were painted underneath, and when the light hit the panels, the floor was different colors.

King said during her junior year at EKU, the music at The Family Dog switched from disco to rock and roll because the patrons were tired of it.

Below The Family Dog was a restaurant called Pacos. Students and patrons would visit Pacos and eat cheap tacos, then make their way upstairs to The Family Dog.

The Family Dog closed in the early 2000’s. Webb said he doesn’t know the real reason it closed down, but he thinks it was due to a higher power in the city of Richmond’s government.

“It seems that it might have been politically motivated within the county,” said Webb. “Maybe the owners had made some people in higher places angry, but I don’t know.”

The Family Dog has been closed for 22 years but on Friday, Oct. 21, The Family Dog will reopen its doors and allow old patrons to tour and take pictures as part of the EKU Homecoming Block Party event.