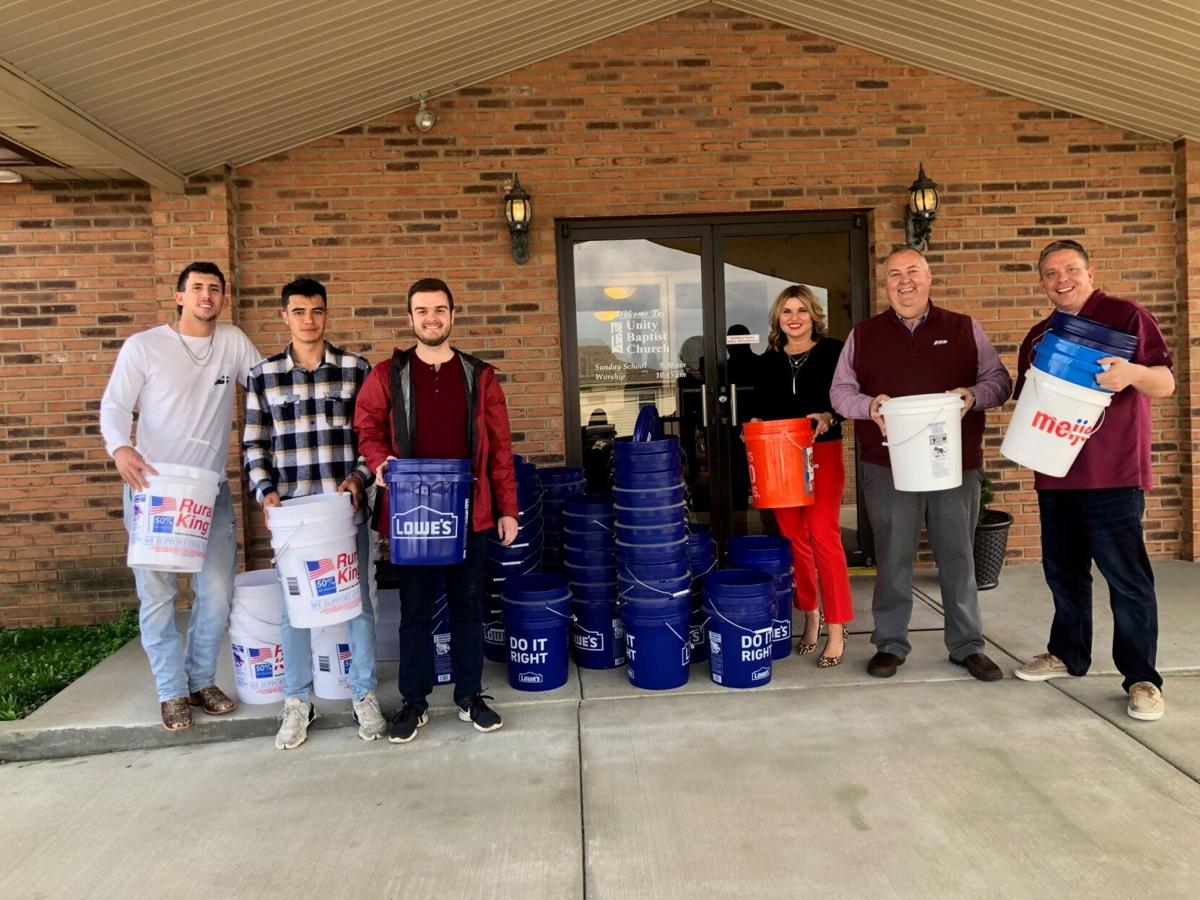 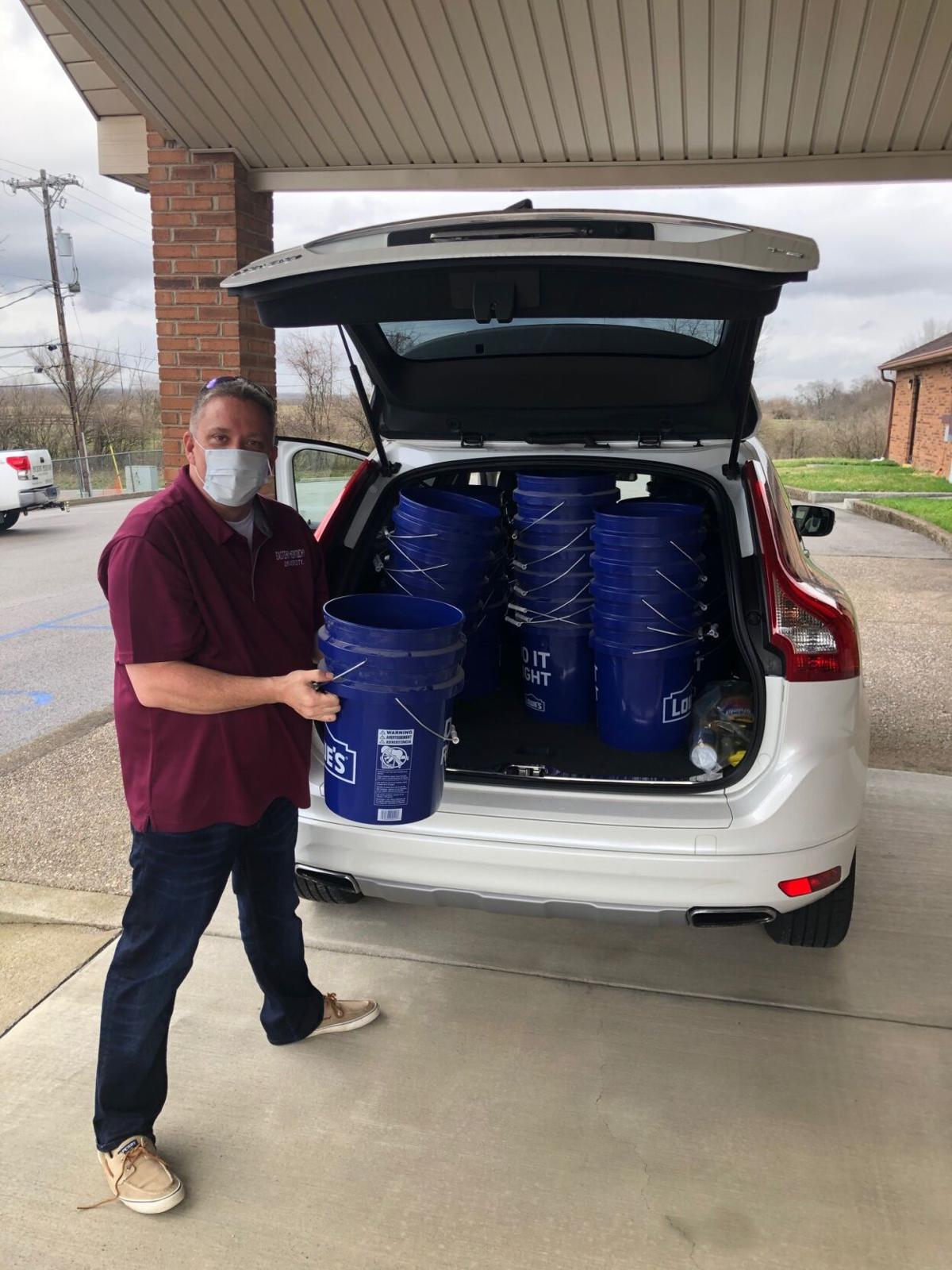 Dr. Jim B. Fatzinger is currently an Assistant Professor of Management, Marketing, and International Business at Eastern Kentucky University. 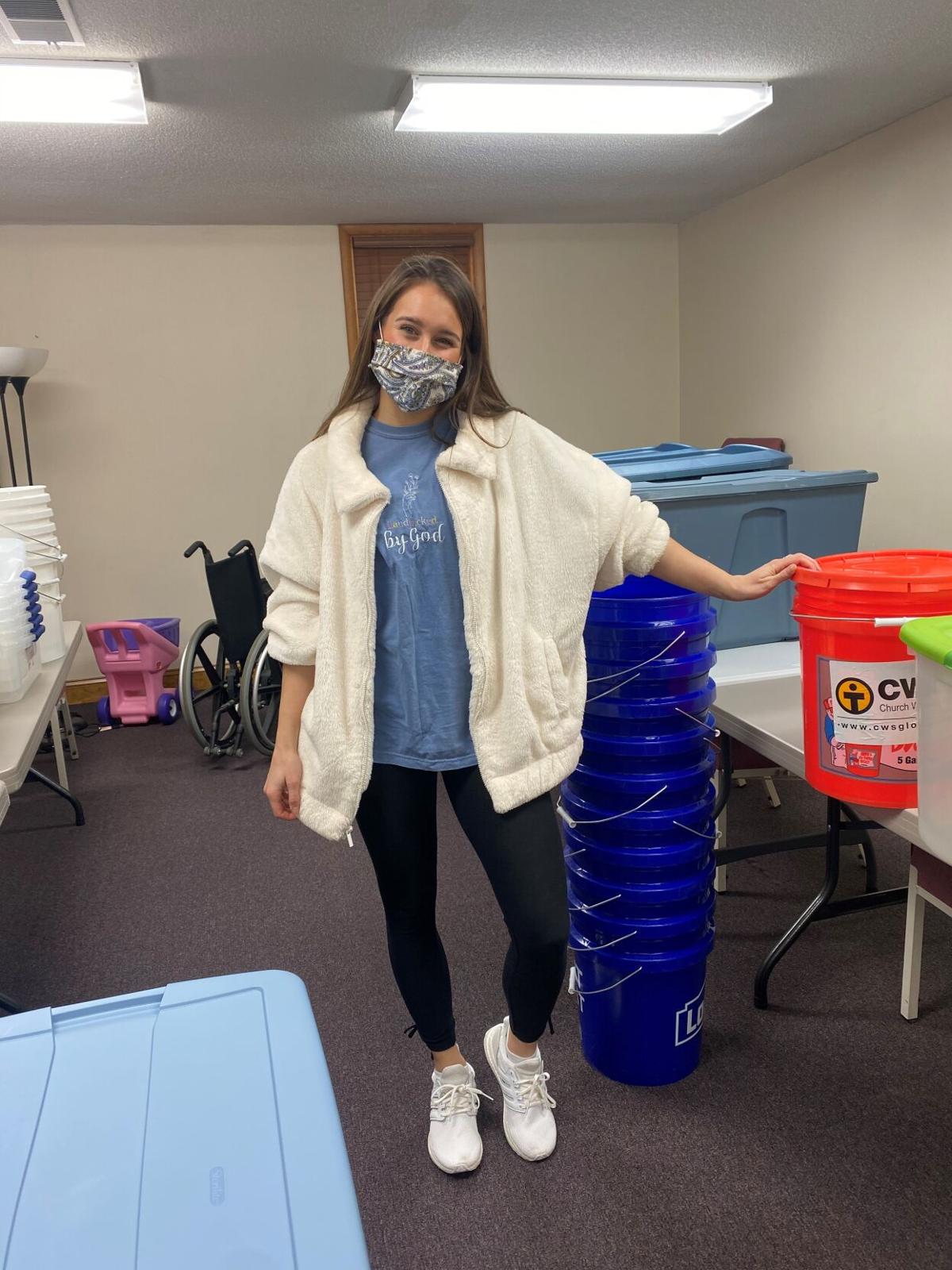 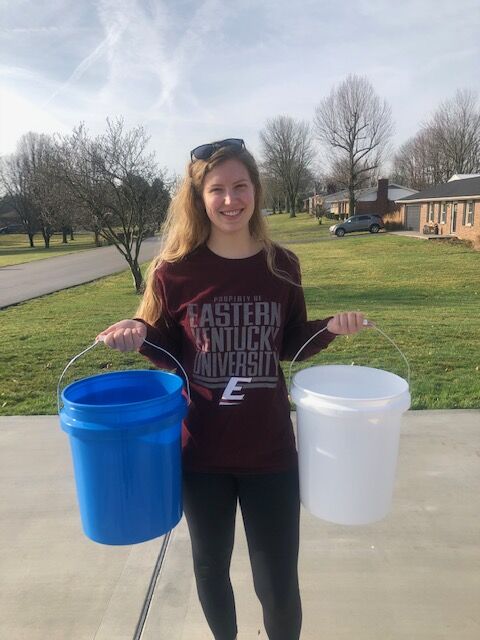 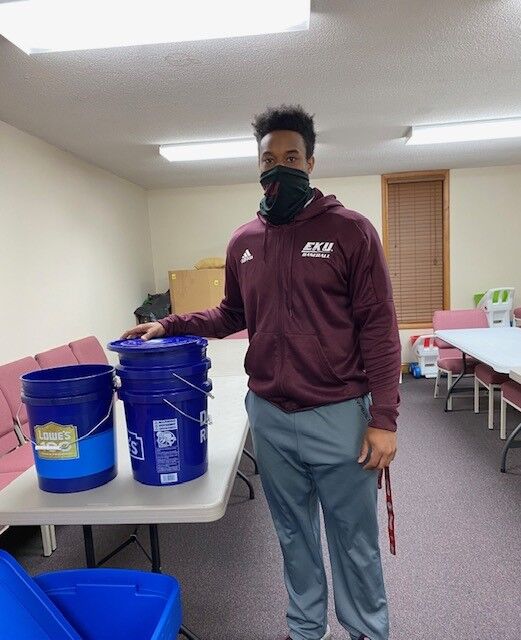 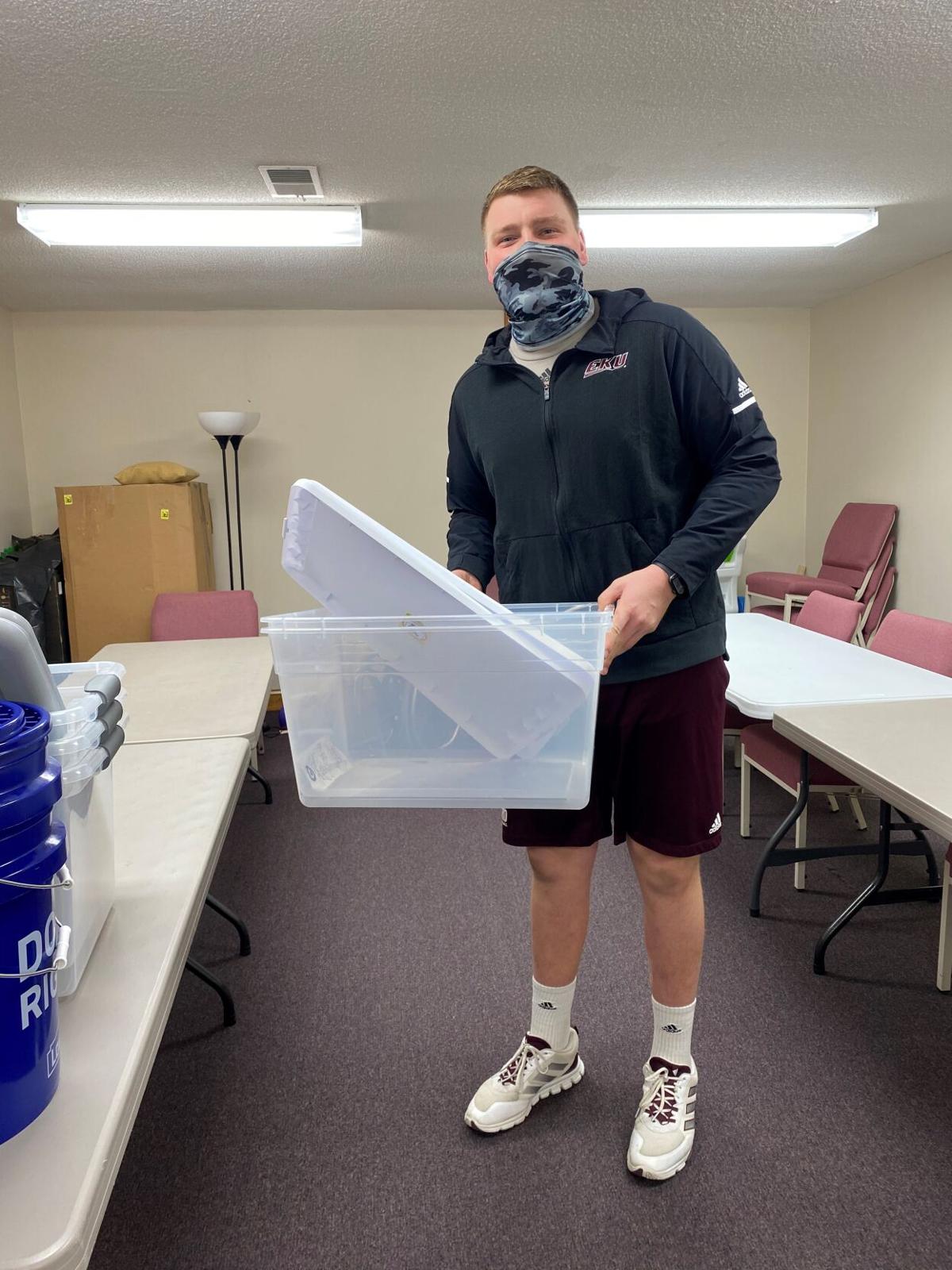 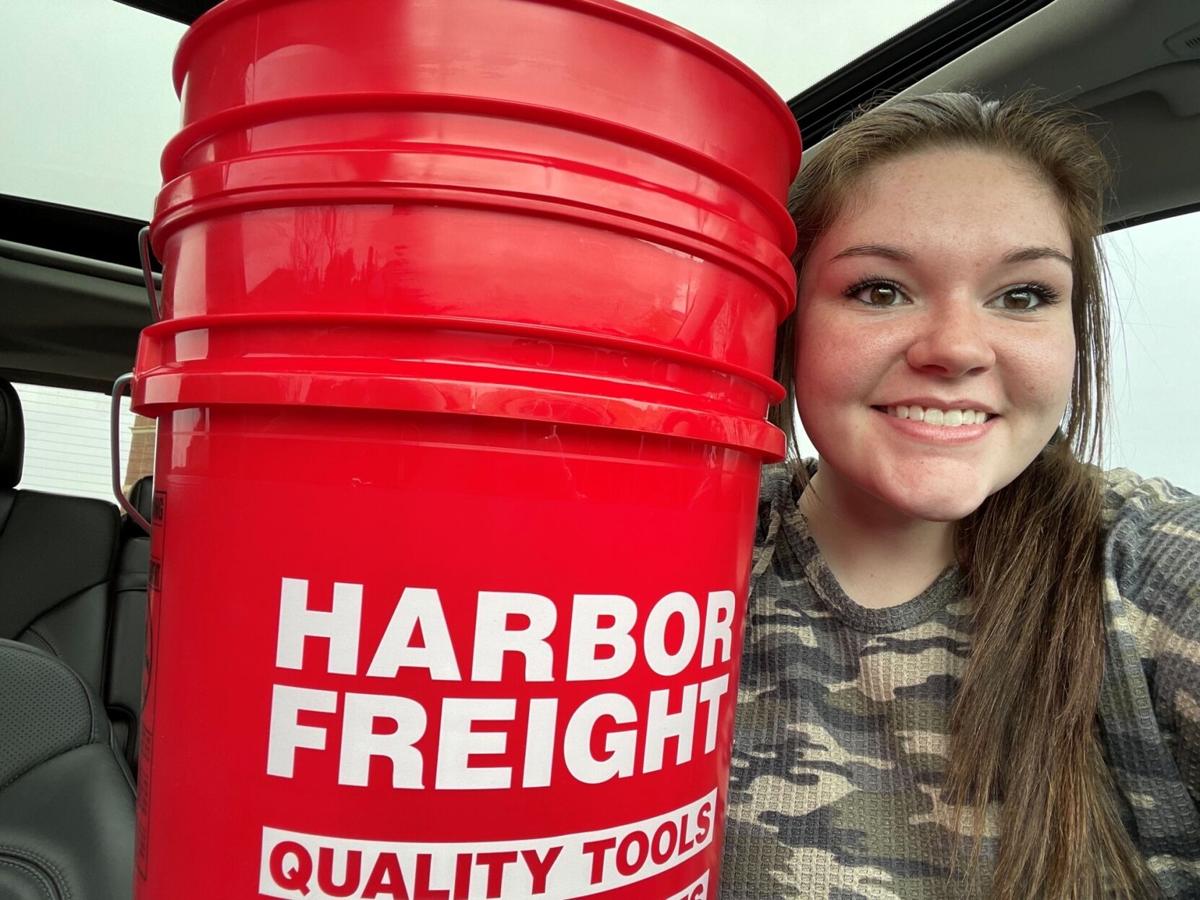 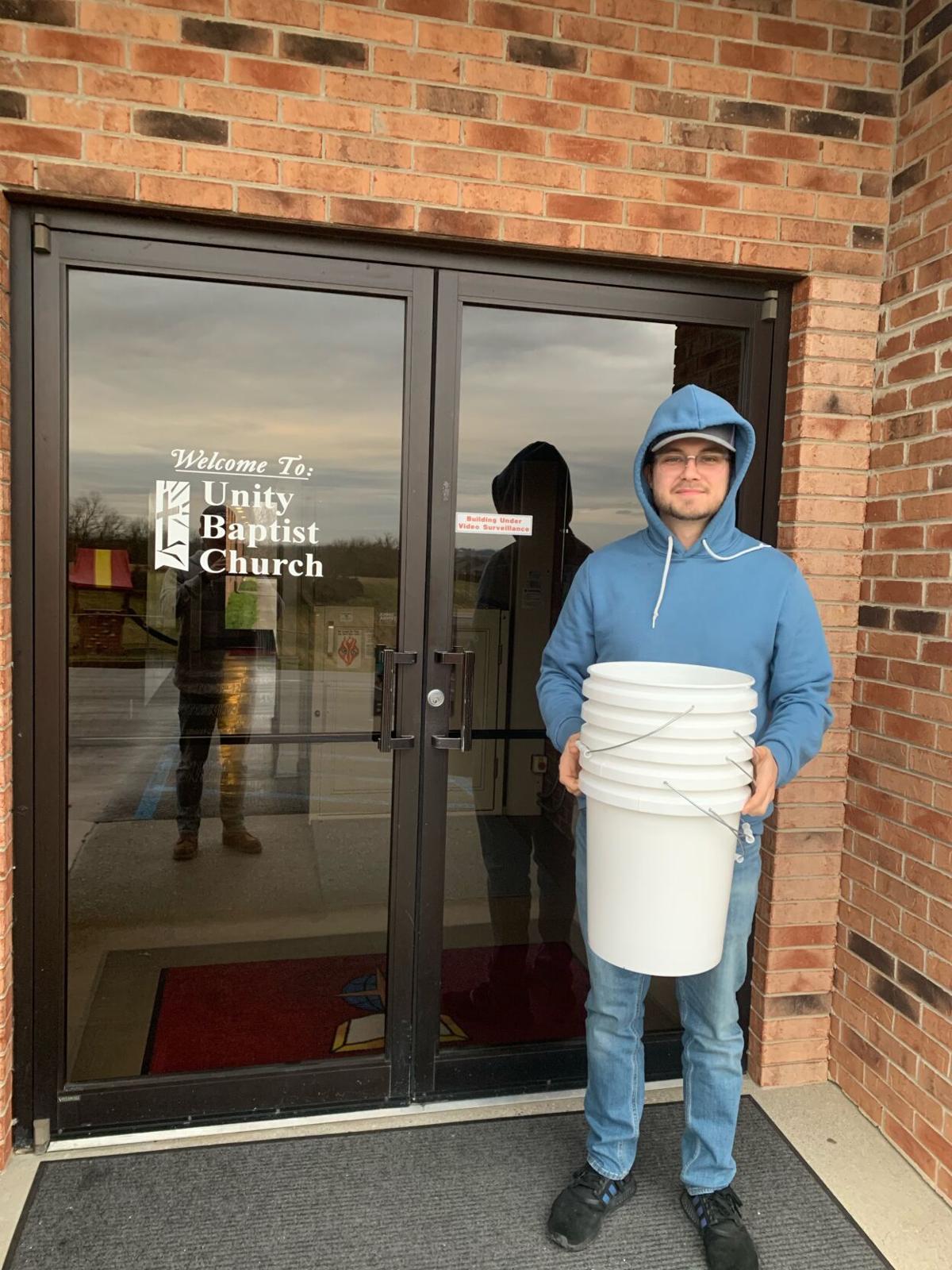 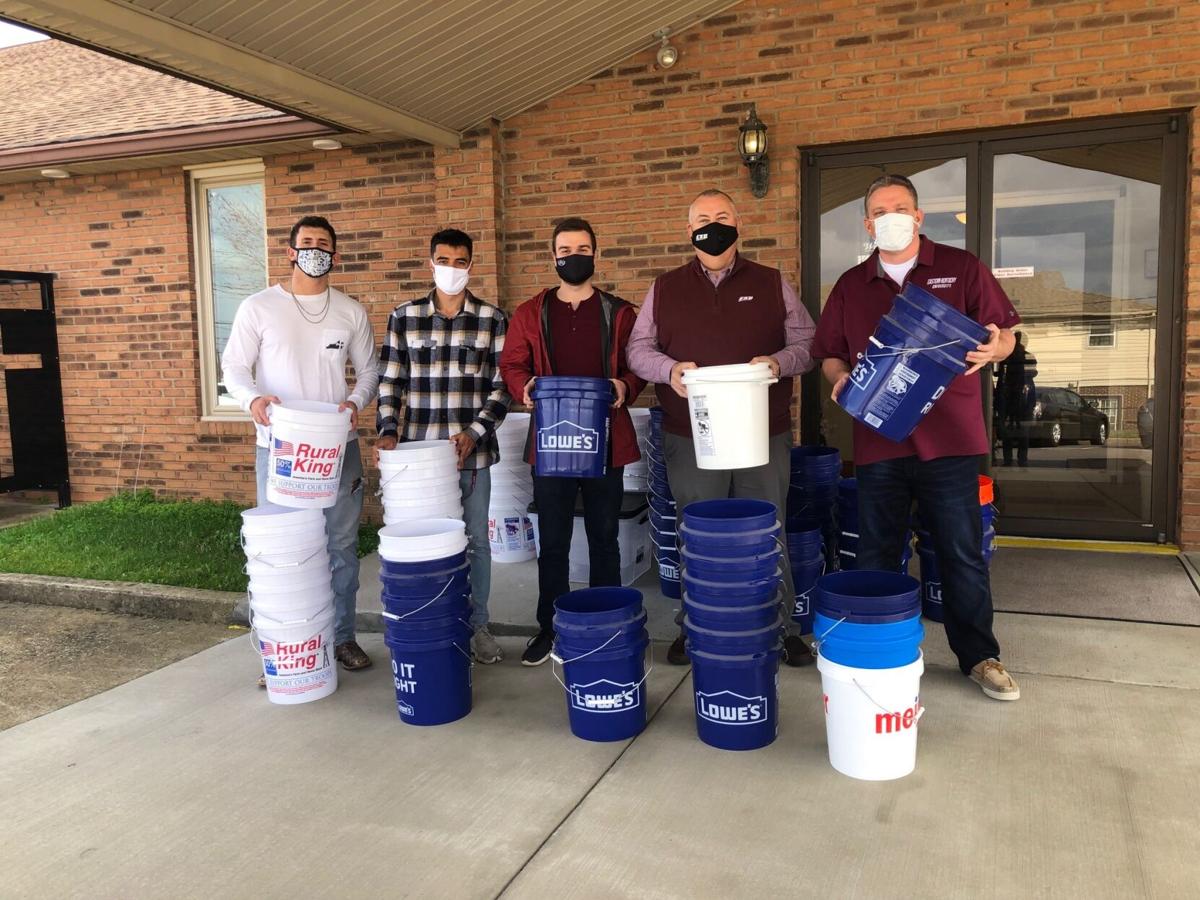 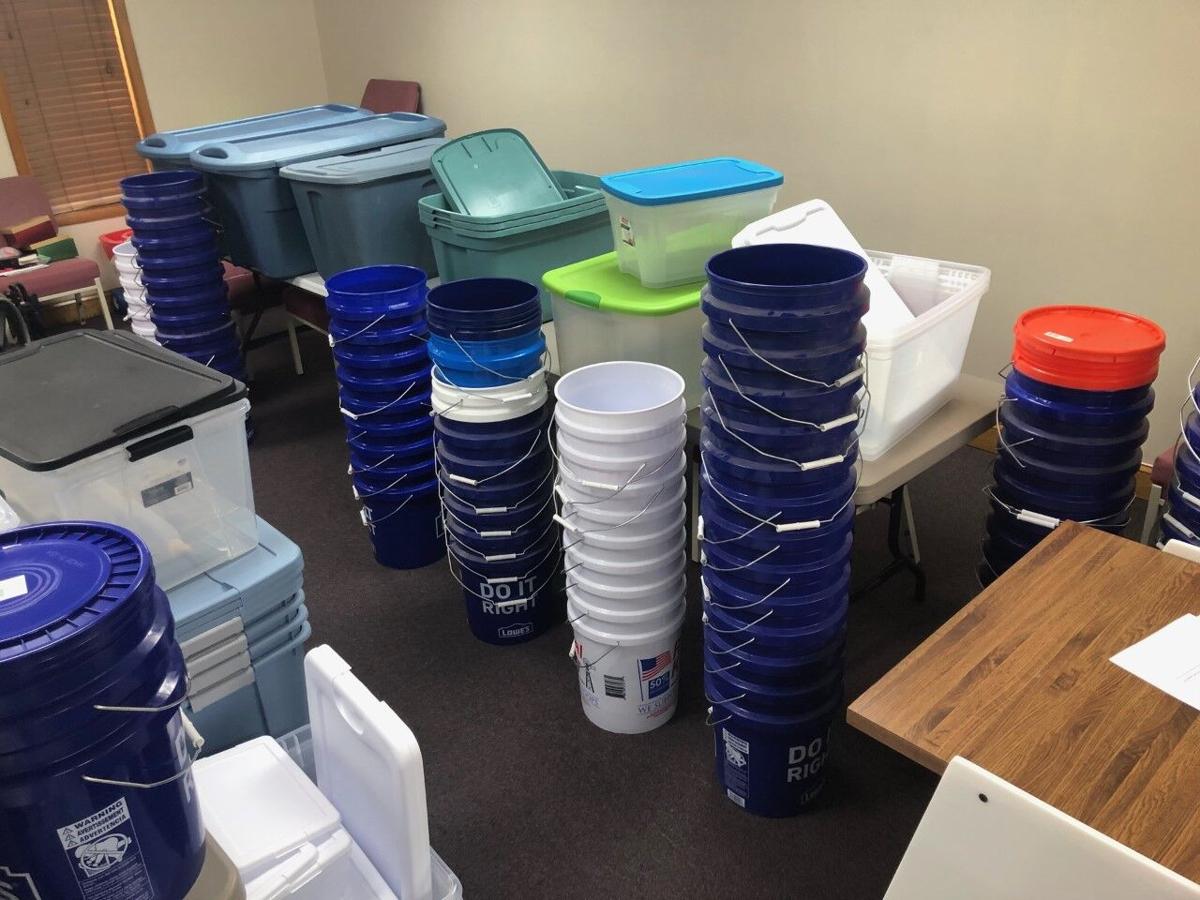 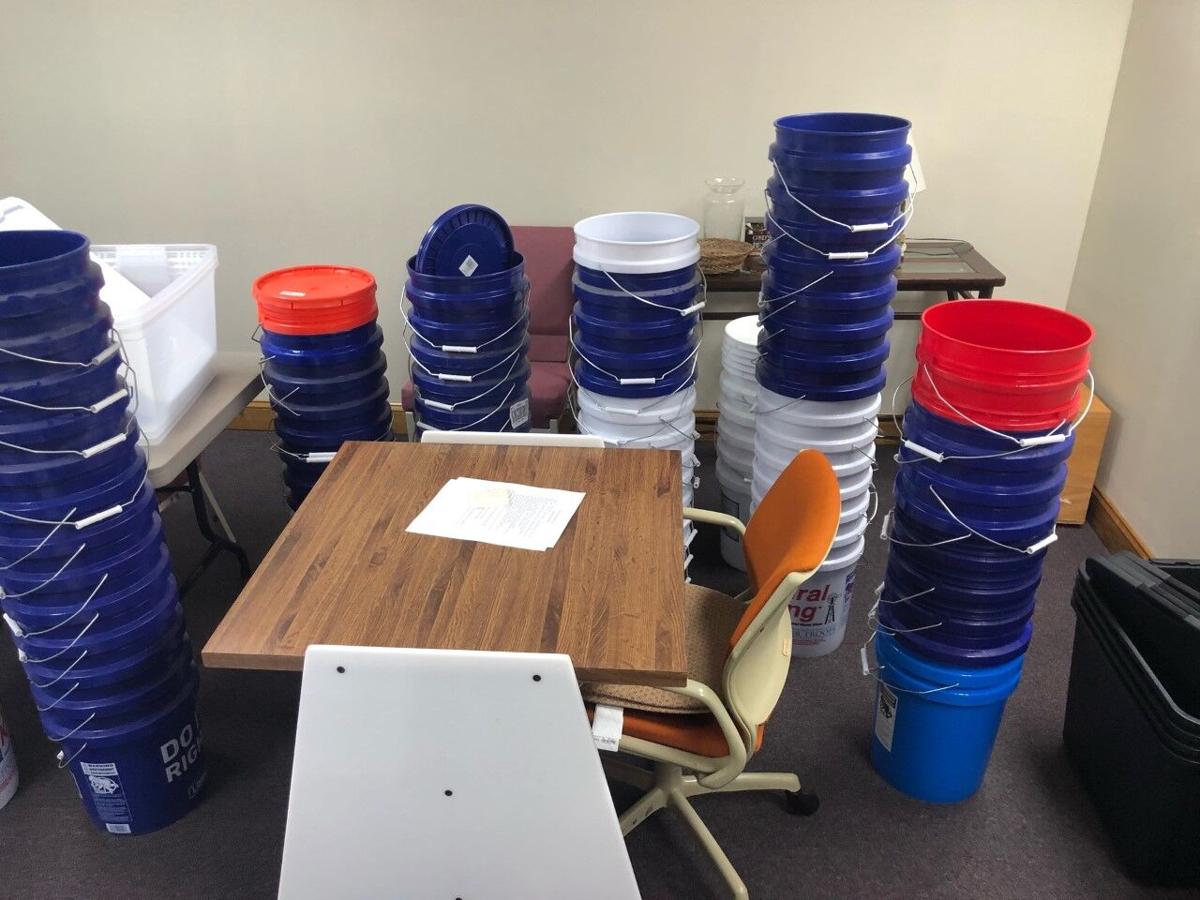 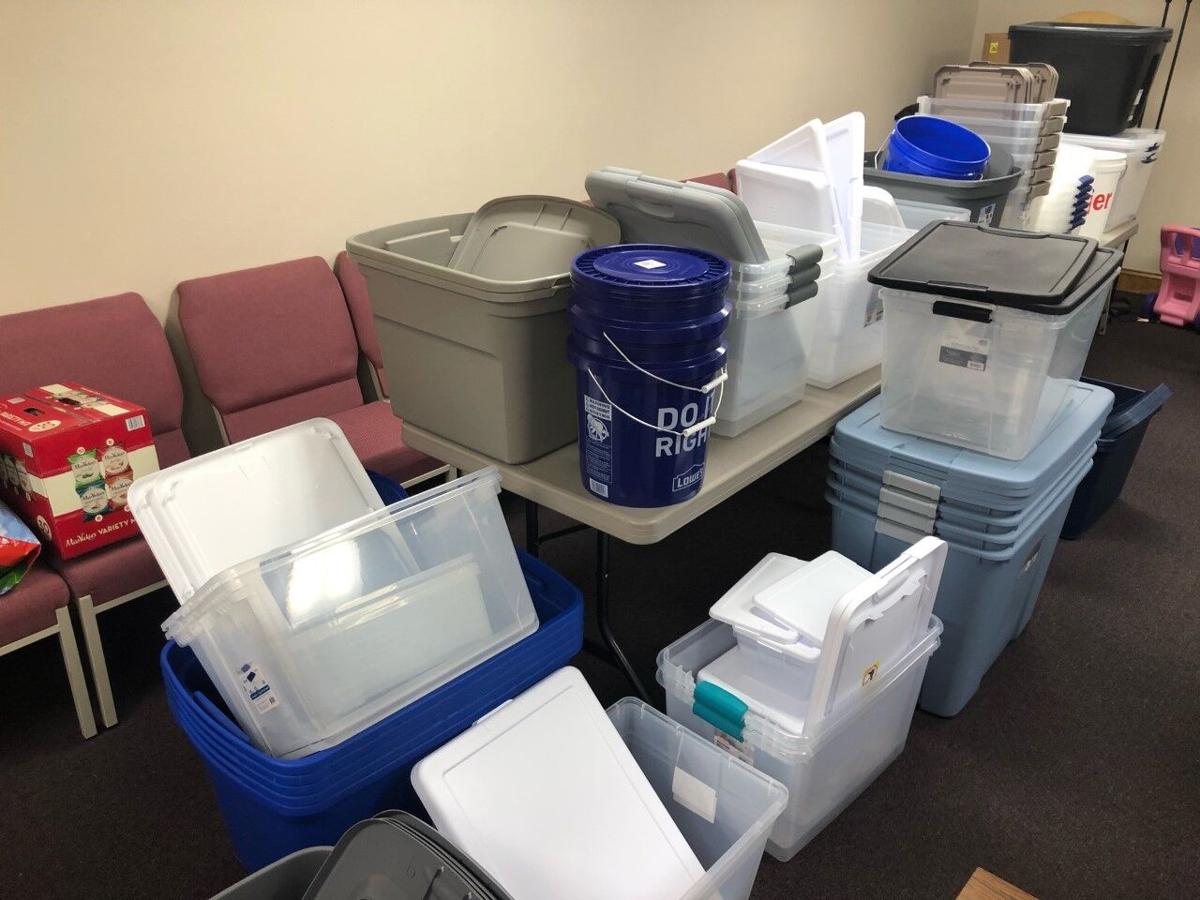 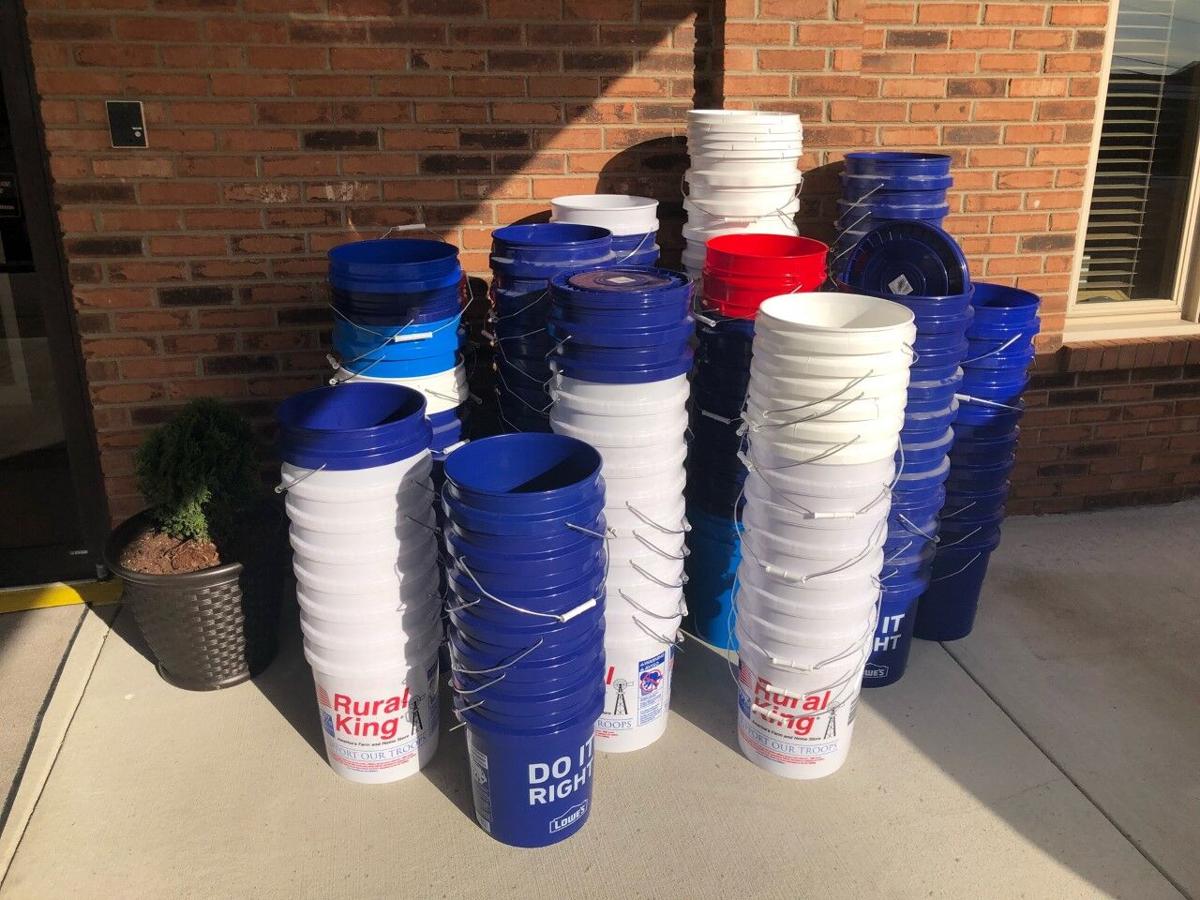 Dr. Jim B. Fatzinger is currently an Assistant Professor of Management, Marketing, and International Business at Eastern Kentucky University.

Last week, James Kirby Easterling and Jim Fatzinger, assistant professors of management, hosted a week-long service initiative for their students in collecting bonus points in their classes by donating plastic storage buckets and totes for eastern Kentuckians who were impacted and suffered tremendously by the flooding that happened earlier this month.

Eastern’s 22-county service region was heavily impacted by severe flooding from February 28 to March 1. This collection drive will be helping eastern Kentuckians from surrounding counties of  Estill, Lee, Breathitt, Owsley and others.

People that are in need of the buckets and totes that EKU students and faculty were working on collecting that could be used for cleaning purposes and storing their salvaged items from the floods.

Alexis Stanely, a EKU student from Pikeville, said, "EKU is the place that’s been my home for the past three years. I am from eastern Kentucky and feel blessed to serve others. It was amazing being able to help people impacted by flooding by donating supplies.”

The goal for this service was to collect and donate at least 500 buckets and totes; and on the last day of the collection drive last Friday, it turned out that they collected over their goal.

Easterling said, “EKU students and faculty amaze me with their willingness to get involved in supporting our community and region. In past years, we’ve collected food for the Salvation Army and God’s Pantry.”

Easterling continued, “This year the severe flooding in our service region led to us doing something different with collecting plastic totes (storage containers) and buckets. I’m so proud that Eastern students are willing to rise up and help those in need.”

Easterling and Fatzinger are both professors in the Management, Marketing & International Business (MMIB) Department at EKU.

Madison West, a EKU student from Paris shared that, “Dr. Easterling and Dr. Fatzinger involve their classes in different volunteer drives each semester. This semester it was totes and buckets for the flood victims of Eastern Kentucky. It was an amazing feeling being able to help those that are in need in the community”.

Easterling was the one that was the leader of this initiative in the department to not only help Kentucky communities but also his students. That quickly got his colleague Fatzinger wanting to help and personally donated 45 buckets on behalf of his online students.

Easterling said, “With the stresses of classes being mostly online for the last year, I think students really enjoyed doing something for the community. I thought offering a few bonus points would be a ‘win-win’ for everyone.”

Kim Walson, EKU grad of 1996 and family court judge, donated over 50 buckets as well and took a picture with a few EKUstudents (see pic).

All donations collected from Easterling and Fatzinger’s classes had one of the local churches in Richmond volunteer to let them use their facility, which is near Meijer for convenient drop-off. Easterling said, “There’s no way I could have collected all those items in my office.”

The Waco Volunteer Fire Department will be delivering the items to the impacted counties.

Easterling shared that, after they dropped off the goodies, his friend at the drop-off location sent him the nicest text message.

The message read, "I want to compliment all the students who have dropped off donations.  All of them have been so mannerly and nice. I thought those kind of manners were gone in today's generation.  Just want you to know you have wonderful students."